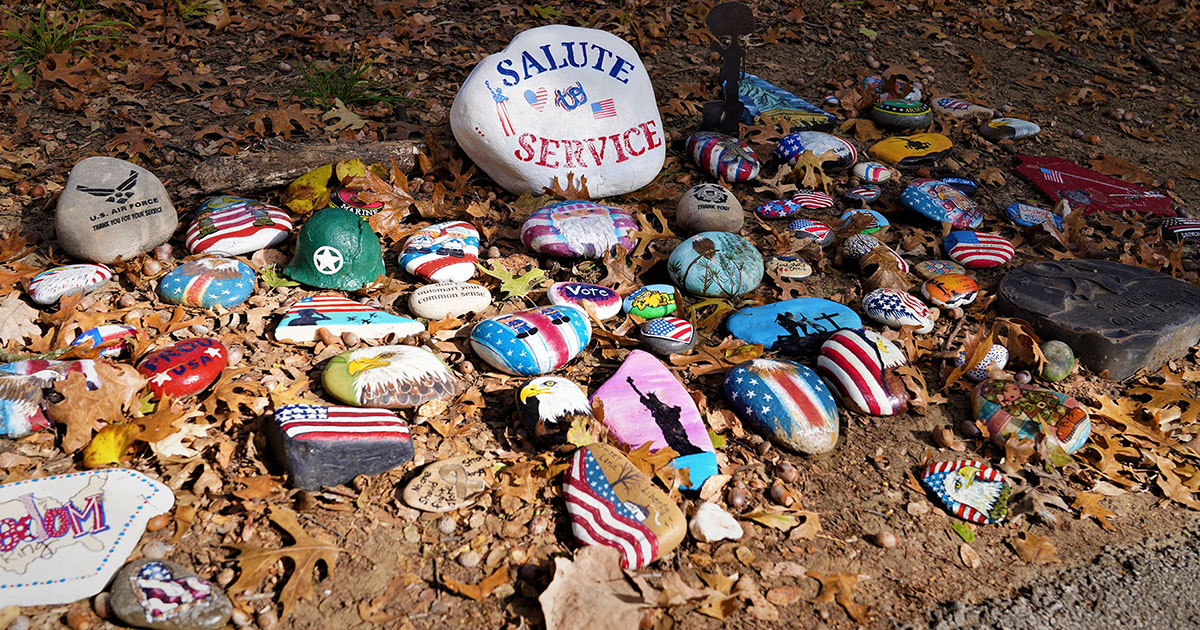 Thousands of colorful rocks dot a half-mile nature trail at Parr Park in Grapevine, creating a utopia of creativity for parkgoers to explore. The rocks, painted to resemble animals, cartoons, nature scenes, musicians, sports teams, and more, make up the Parr Park Rock Art Trail, created by resident Ron Olsen as a way to bring joy during the pandemic.

After returning to Grapevine from a photography trip to Iceland in March, Olsen discovered a much different version of America than the one he’d left—one with empty grocery store shelves, a toilet paper panic, and lockdown measures. A frequent runner at Parr Park, Olsen noticed droves of families in the park, all looking for ways to have fun outdoors as businesses closed down and working from home became the new normal.

“There seemed to be just an overall sadness in the general society,” Olsen says. “I thought, ‘What can I do to bring people some joy?’” His answer came in the form of painting rocks. He enlisted the help of his three grown children, and together they painted rocks to place in the park.

Soon, the idea caught on, and Olsen was asking family and friends to help grow the number of painted rocks. More rocks showed up each day as word of mouth spread, and eventually Olsen contacted Grapevine Parks and Recreation, which helped him secure official signage to mark the trail and discourage people from taking the rocks. (About half of the original rocks were taken within a couple of days of the trail’s creation.) 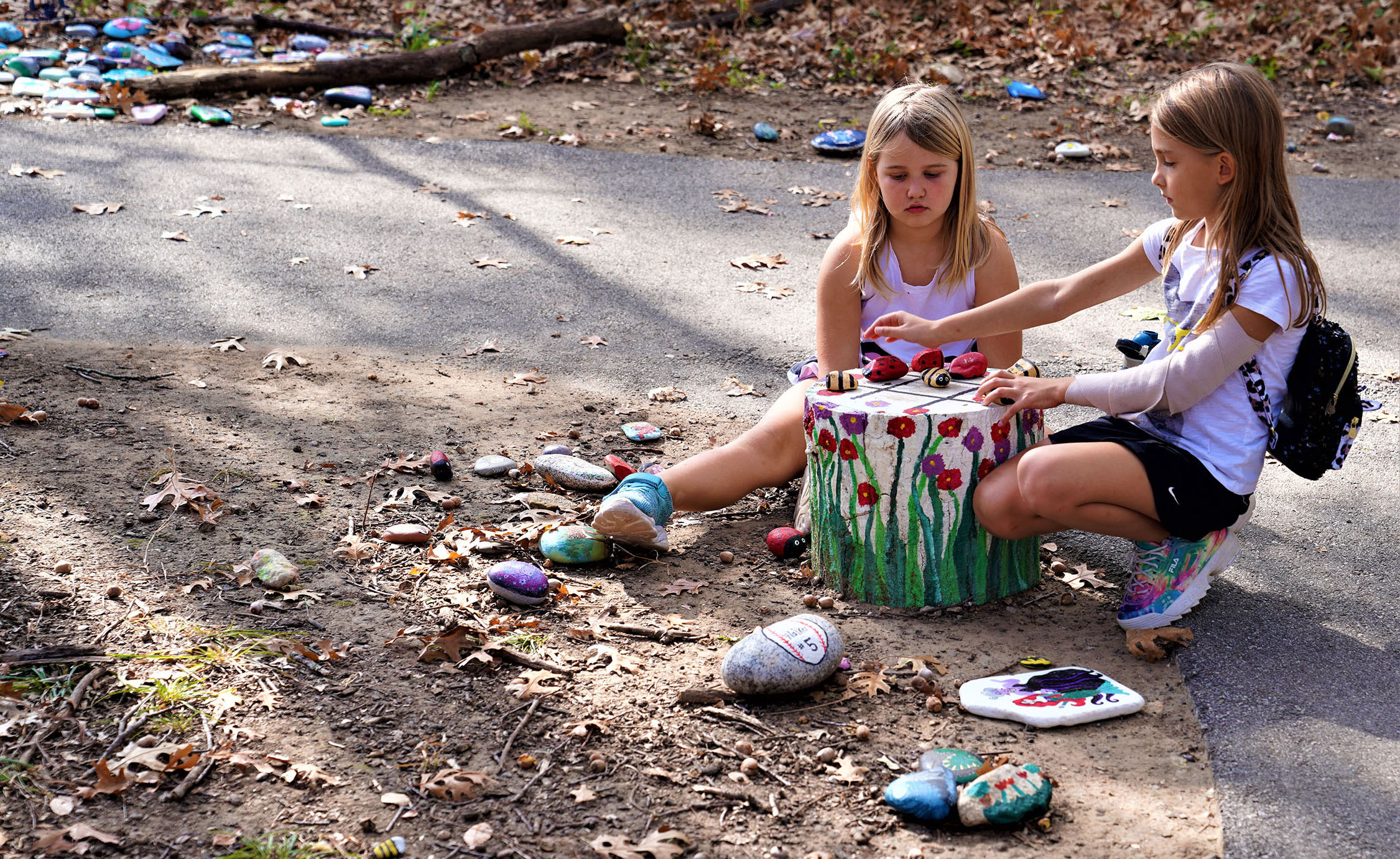 A few weeks later, Amanda Rodriguez, marketing manager with Grapevine Parks and Recreation, encouraged Olsen to meet Chris Penny, a fellow Parr Park visitor who’d been placing painted rocks in the park—rocks painted by him and his daughters and sent to him by others.

“I wrote an article about the Rock Art Trail for a local magazine that goes to Grapevine households, and after that, Chris got in contact with me and wanted to help get more rocks out there,” Rodriguez says. “It was crazy he and Ron had never met through all of this, so we scheduled a meet-and-greet, and they’ve been working on this together ever since.”

Penny even purchased a bunch of rocks on eBay and asked people via social media to send rocks for the park, offering to pay postage. “I’ve paid around $10,000 in postage so far,” he says. “The park’s made such an impact on people’s lives and has helped people cope with all of the ups and downs of this year.” 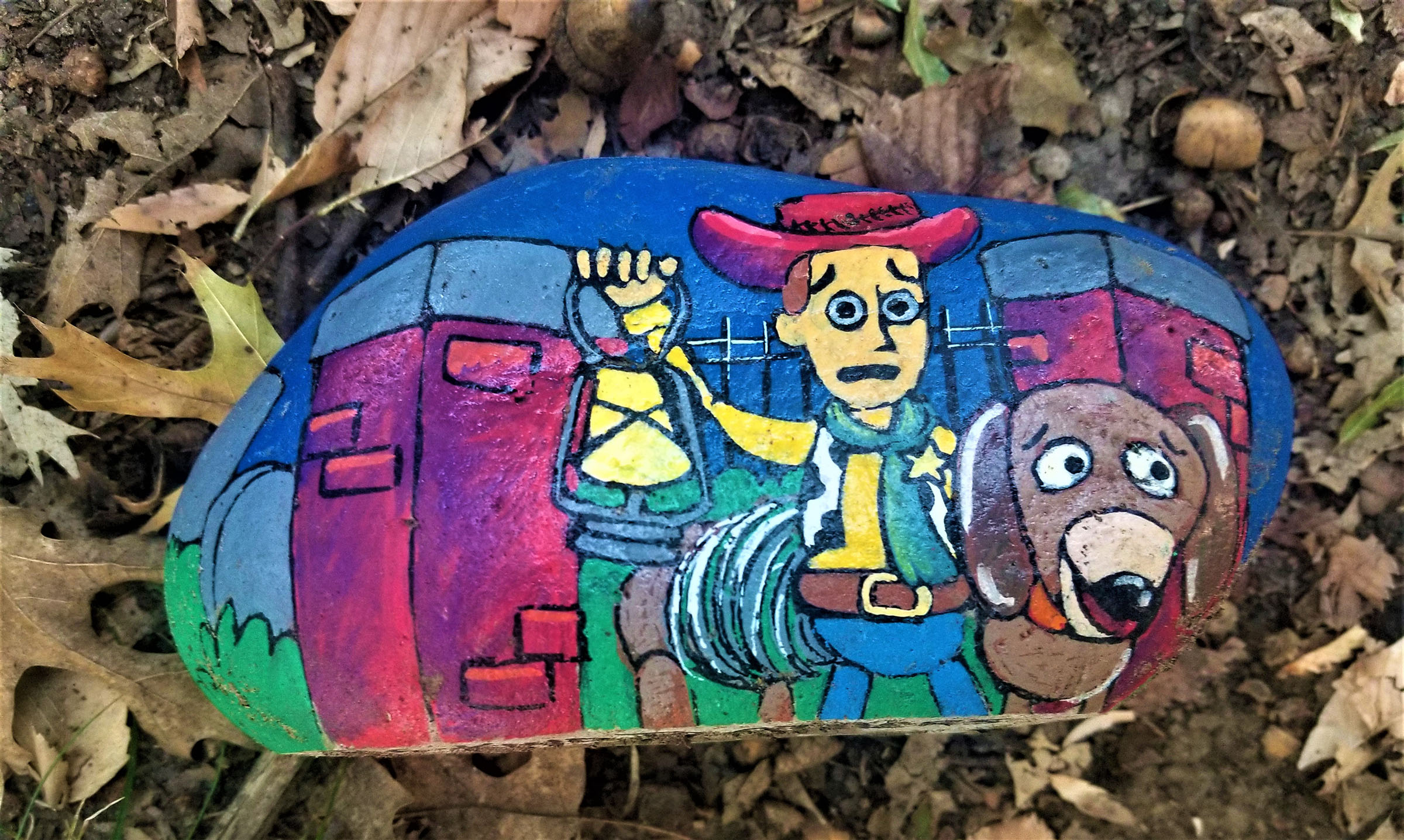 Today, there are about 2,500 rocks in the park, and more are being added all the time. There are even different sections of rocks, including the Dog Park collection with numerous intricately painted rocks featuring bulldogs, beagles, and other breeds, and the Salute to Service section, which honors the military and first responders. The Game On section is a nod to beloved games of all sorts, with rocks painted like Frogger, Scrabble, and Life. “I’ve been floored by the quality of the artwork showing up,” Olsen says. “Some of these rocks look like they took hours to paint. It’s just amazing.”

Olsen hopes to continue to grow the Rock Art Trail even after the pandemic dissipates, as it’s already helped so many people cope through a difficult year. One woman told Penny the trail gave her hope after she’d lost her job due to the pandemic and was having financial strains and depression. Another woman noticed the Salute to Service section and started painting patriotic rocks to help her deal with the anxiety she has over her daughter serving in Afghanistan.

“No one has gone through a year like this,” Olsen says. “This is a testament to people needing something to be communal about while still social distancing.”