Roky Erickson, the Texas Psychedelic Rock Pioneer who Made a Remarkable Comeback, has Died

Psychedelic rock legend Roky Erickson, former lead singer of the 13th Floor Elevators, has passed away at age 71. He didn’t play a single concert from 1986 until 2005, but in the last 14 years, Erickson toured the world, rocking as hard and singing as introspectively as ever before. 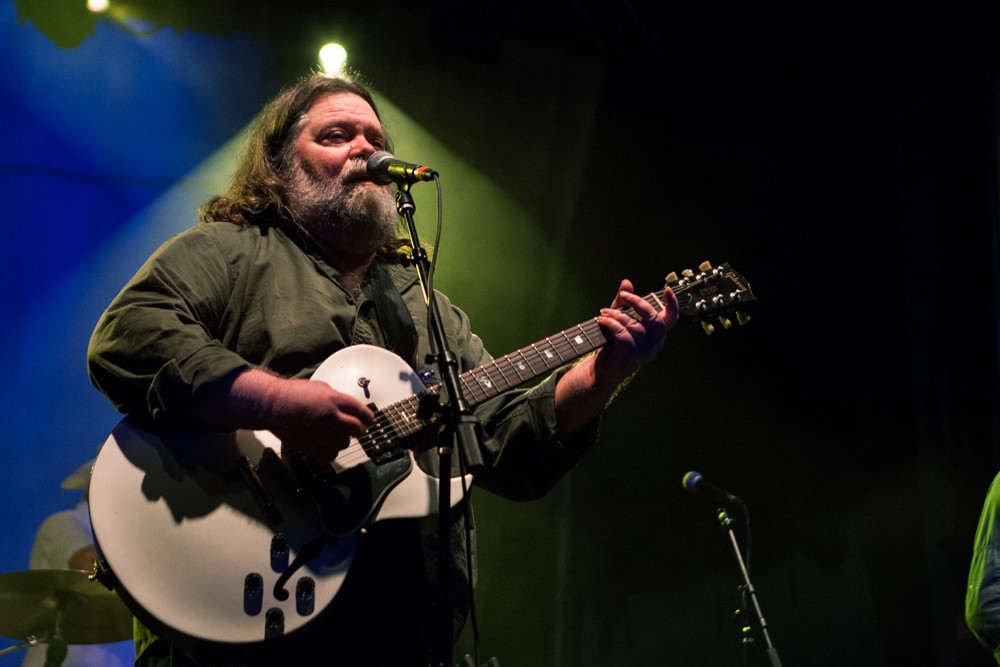 Psychedelic rock legend Roky Erickson, former lead singer of the 13th Floor Elevators, has passed away at age 71. He didn’t play a single concert from 1988 until 2005, but in the last 14 years, Erickson toured the world, rocking as hard and singing as introspectively as ever before.

After battling mental illness for decades, the comeback of Dallas-born, Austin-raised Roger Kynard Erickson was the most improbable in the history of rock ‘n’ roll. He died May 31 in Austin.

Offstage, the man credited with inventing “acid rock” with the Elevators in the 1960s was blowing minds by doing everyday things like driving a Volvo and exercising his right to vote. “It’s really a miracle,” said younger brother Sumner Erickson, who was awarded legal guardianship of Roky from their mother in 2001.

“Where Roky’s concerned, ‘normal’ is just a setting on a washing machine,” tour manager Troy Campbell said in 2007. “He just comes out of left field sometimes, like the other day we had pizza and I asked if he’d had enough to eat and he said ‘I’m full as a ghoul.’”

People assume “You’re Gonna Miss Me” was a big hit in the summer of ’66, because it’s such a garage rock classic. But the record peaked at No. 55 on the Billboard singles chart. It’s noted more for its legacy and inspiration. The debut LP The Psychedelic Sounds of the 13th Floor Elevators (International Artists), which includes that first single, was the first time “psychedelic” had been used to sell music. But that was no mere marketing ploy. This was a band that lived that far-out lifestyle all the way. They were right in time with Haight-Asbury, though 2,000 miles away.

The band broke up after three albums when Roky pleaded insanity to avoid the penitentiary after a marijuana bust in Austin in February 1969. But after repeated escapes from the Austin State Hospital to see his girlfriend, Erickson was shipped off to the maximum security Rusk State Hospital for the criminally insane, where he spent two nightmarish years.

After Rusk, Erickson’s once-trippy music took on horror movie themes, such as “Creature With the Atom Brain” and “I Think of Demons.” He called himself the Evil One, and his band the Aliens and made some pretty good records on his good days. His 1976 single “Red Temple Prayer (Two-Headed Dog)” shared Rolling Stone’s top single of the year with “God Save the Queen” by the Sex Pistols. “Don’t Slander Me”/”Starry Eyes” was another triumph in 1984.

The true resurrection started in March 2005 when Keven McAlester’s engrossing documentary You’re Gonna Miss Me premiered at the South by Southwest Film Festival. Days later, a clean-shaven and cordial Erickson played three songs at Austin club Threadgill’s to great acclaim. Four years of anti-schizophrenic medication and a new set of teeth, paid for by rocker Henry Rollins, had given Roky the confidence to get back up in front of people. Six months later, he played to a crowd of well over 10,000 at the Austin City Limits Music Festival, tears of joy and disbelief streaming down the faces of fans. The next year, Erickson and his band played Coachella and first-ever appearances in New York, Chicago, and London.