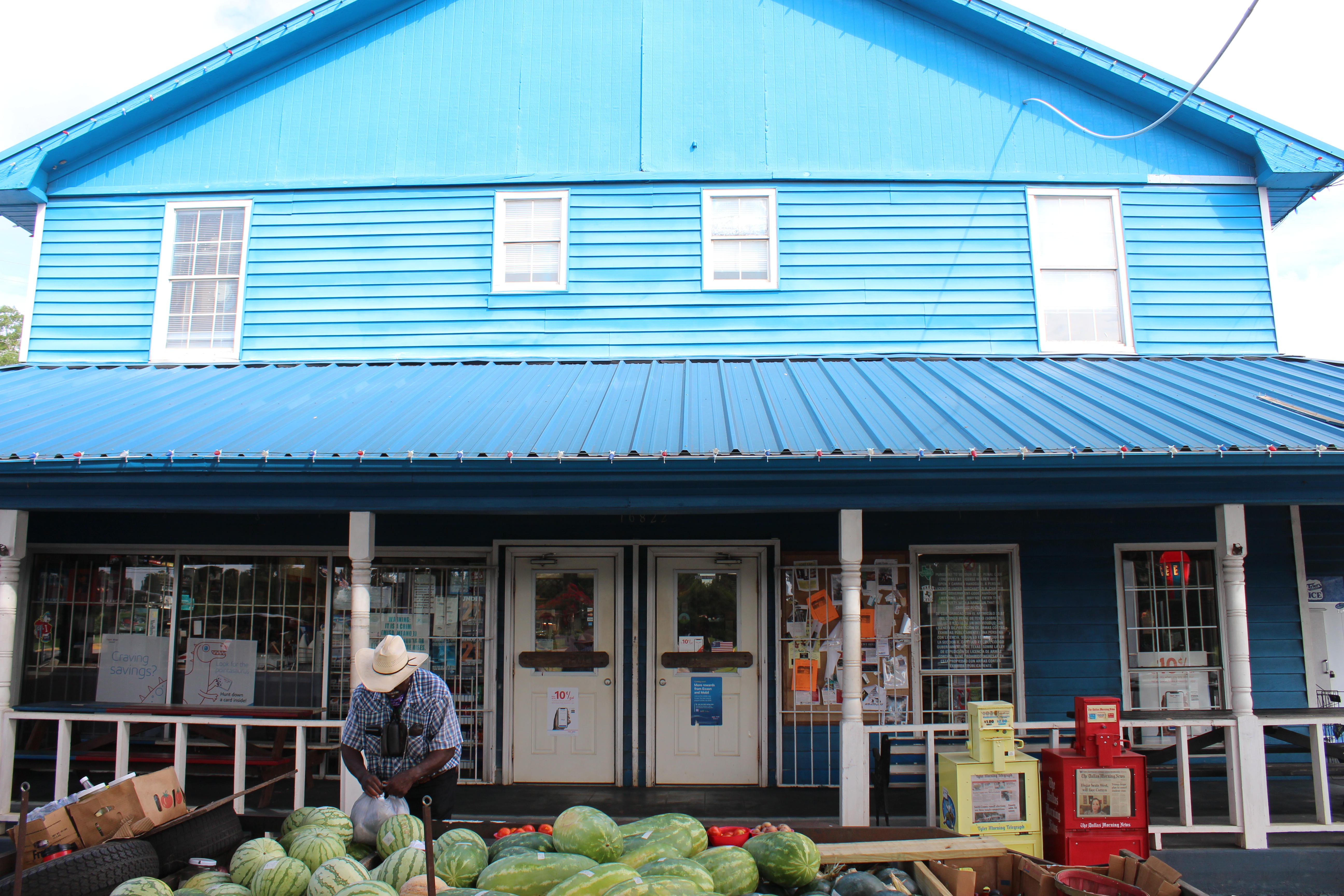 Many restaurant walls are adorned with photos of celebrities who’ve dined at the eatery over the years. I am a decidedly un-famous person, yet there’s one restaurant that features a photo of me.

The Blue Store, a combination convenience store, gas station, and restaurant off of State Highway 155 just outside my hometown of Tyler, has more than one picture of me on the wall. It’s not because I’m on some sort of wanted list or I set a food consumption record, but because of my summer job in 2011 and 2012: camp counselor at Pine Cove Christian Camps.

Pine Cove was founded in 1967 and has hosted summer campers every year since. Pine Cove now consists of 11 different camps, most of them based near Lake Palestine outside of Tyler but with other locations near Columbus and in South Carolina. Its Tyler location is only a few minutes away from The Blue Store, which the DeLong family bought in 1991 and converted into a restaurant that serves burgers, breakfasts, and daily specials.

Like with everything in 2020, COVID-19 has changed the dynamic of both the camp and The Blue Store. After going ahead with camp this summer, Pine Cove was forced to temporarily halt camp at four of its locations after numerous staff and campers were infected with COVID-19. The camp’s list of safety protocols prohibits counselors from eating indoors at restaurants during their time off, which limits their interactions at The Blue Store this summer.

Despite that, The Blue Store itself has remained busy. But Billy DeLong, who co-owns the shop with his 81-year-old mother, Flora, says that some of their partnerships with Pine Cove have been put on hold. Previously, The Blue Store provided burgers for groups of campers during the week, but that stopped as Pine Cove sought to keep everything in-house for safety purposes.

It’s all part of the largest challenge that DeLong says the business has faced. His family has owned several businesses, including gas stations, for decades. DeLong points to the oil crisis of 1979 as the only comparable challenge. He’s done everything he can to avoid raising prices on the food the restaurant serves.

So he found a local supplier who helped keep his costs down. He’s had to work hard to find cheaper options for several food items, like beef and pork. And he knows that new challenges are arriving each day. All of this change is anathema to the store’s hallmark: consistency.

Visiting The Blue Store before heading back to camp after a day off is a tradition for counselors, and the DeLong family fully embraced them.

DeLong, who still prizes a day camp award he was given as a child, sometimes only knows longtime customers by their “camp name”—the name counselors go by while at the camp. Craig “Dutch” Langemeier has worked for Pine Cove since 1995 and now serves as the Chief Ministry Officer. He goes to The Blue Store at least once a week.

“It’s a place you can go where you feel like you’re known and supported,” Langemeier says. “You walk in and they are excited to see someone with a Pine Cove shirt and name badge.”

Flora DeLong especially takes good care of the counselors. She takes the photos and organizes them by year. The displays near the back of the store show hundreds of photos of very tan, smiling college students.

“They always made me feel like I was Andy Griffith in Mayberry,” says Josh “ESPN2” Fortney, who worked for Pine Cove from 2006 to 2012. “I think there is something special about quality service that automatically makes the food taste better.”

Perhaps the biggest appeal of The Blue Store is that it remains unchanged. I grew up in Tyler, so I went to the store long before I worked as a counselor at Pine Cove. Stepping inside now is like stepping into a scene from my childhood.

DeLong says they work hard to keep the feel of the place the same, even as they’ve had to step up their efforts to keep everything sanitized during the pandemic. DeLong says his father—Bill, who died in 2011—was very resistant to changing even small things in the store. He recounted a story about how difficult it was to convince his dad that they should put in a fax machine. DeLong estimates that this was in the mid-2000s, well after fax machines were considered new technology.

“I waited until he went to Dallas for a doctor’s appointment and I brought it in,” DeLong says with a laugh.

DeLong has worked hard to ensure that he didn’t have to lay off or furlough any of his 14 employees. He said two employees have had to take reduced hours, but even those two are getting at least 40 hours per week.

The only real change I noticed from the store I grew up going to was the shade of blue on the outside. What was once a shade of blue so faded it was almost gray now shines as a vibrant blue beacon for lake-goers looking to stock up on supplies, and for Pine Cove counselors looking for one last bit of normalcy before heading back to camp.

Before I left, DeLong turned a little wistful about the business he’s dedicated his life to. His sons, Lamar, 29, and Ruben, 26, have careers of their own and live elsewhere. He’s deeply proud of them, but he knows that The Blue Store, like many family-owned businesses, faces an uncertain future when he retires.

“They don’t have any interest in taking over the store,” says DeLong. Then he turned to me with a twinkle in his eye. “Do you want it?”