Small-Town Dispatches: Tyler, an Empty Town in Bloom, Looks Ahead to Better Days 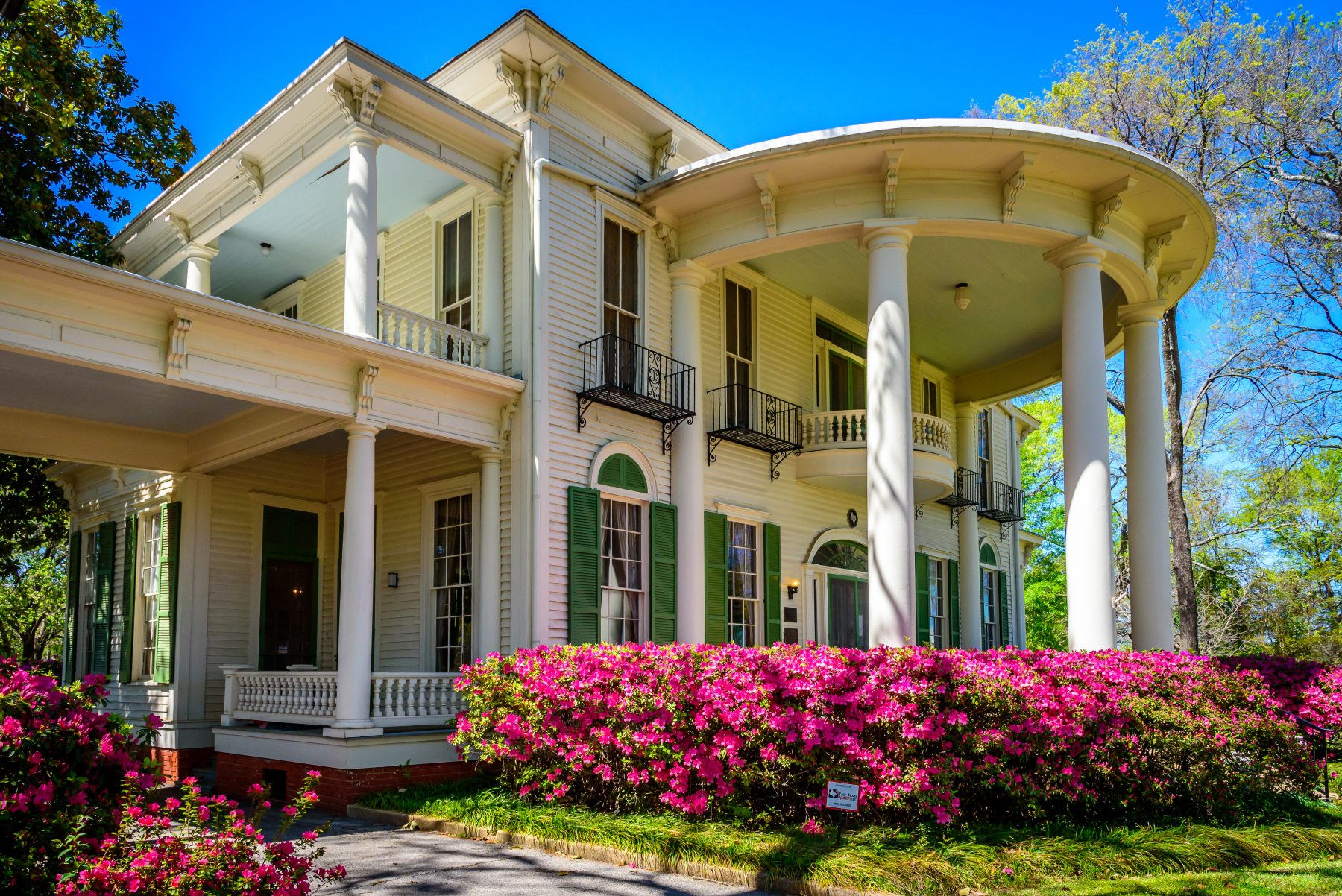 One of the historic homes on Tyler’s Azalea Trail. Photo by Ronald Rang.

In the East Texas town of Tyler, spring is usually a hopping time. Flowers bloom spectacularly throughout the historic district. The annual Azalea and Spring Flower Trail lures thousands of visitors who come to experience the area’s beautiful gardens, elegant homes, local eateries, and quaint brick streets. There’s nothing usual about the spring of 2020, however, and the blossom-lined sidewalks are quiet as the city focuses on keeping people safe during the COVID-19 crisis.

On March 27, Smith County issued a stay-at-home order for all residents. “As a whole, the city is educating the community on safe social distancing and mental health, as well as preventing rumors and getting out the facts on how to protect each other and flatten the curve,” says Holli Conley, vice president of marketing for Visit Tyler.

In addition, Conley says there is a daily call in which local leaders to touch base on how the community is responding to containment efforts, and the city’s “Love Your Neighbor” initiative encourages people to help at-risk residents, like the elderly and food-insecure children.

That order also closed all non-essential businesses, a situation True Vine Brewing Company anticipated and began preparing for in mid-February. The brewery has canceled events and closed the tap room, taking a personal and financial hit. “We would never be a hazard or disruptor for the people of Tyler, so we pivoted into beer-to-go, which has been a lifesaver for us,” says Jared Chacon, the brewery’s director of marketing. 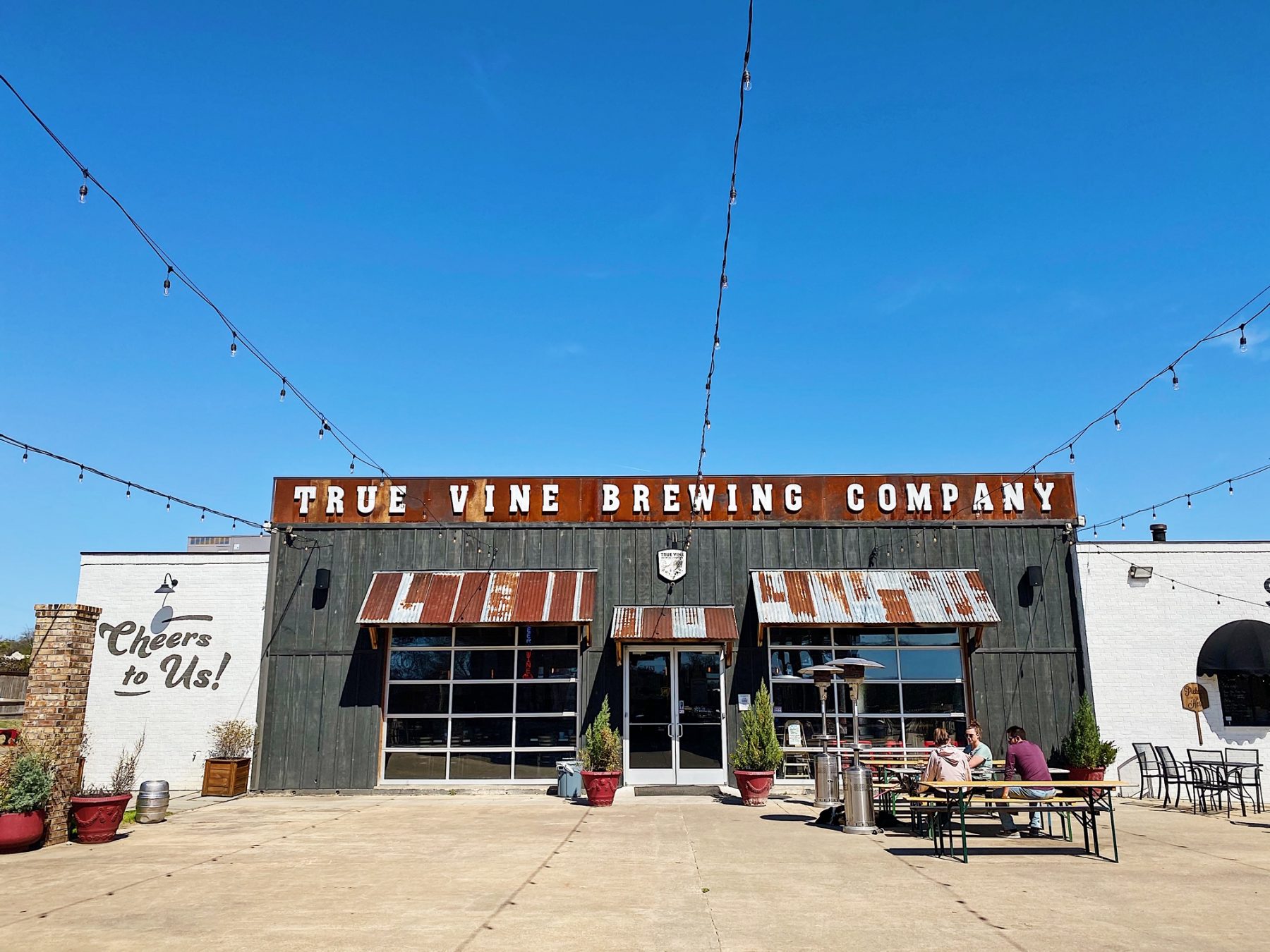 Because True Vine had a large stash of six new brews, including a hazy IPA called Astronaut’s Juice Box, ready to launch in early March—and because the Texas legislature legalized beer-to-go last fall—the business set up a drive-thru system so customers could pick up their favorite products. “So many people have come out to support us, even picking up an extra six pack or two since they know times are tough,” Chacon says. “It’s been a blessing that the community has made it possible for us to basically be a drive-thru beer barn.”

As the Centers for Disease Control and Prevention’s approach to coronavirus evolves, so does Tyler’s response. Conley says when travel was initially restricted, Visit Tyler recommended that residents drive around the Azalea Trail, but that shifted with the stay-at-home order. “We only encourage people to drive through the district if they are already out doing essential things,” she says. For out-of-towners, she says, “We’ve been trying to bring the beauty of the season to them by publishing photos and videos online.”

The Azalea and Spring Flower Trail is Tyler’s second biggest event of the year, and Conley says the city conservatively estimates it will lose about $3 million. “It’s a hard question to answer right now since we can’t reschedule flower season,” she says. However, the hope is that some of the trail’s popular activities like historic home tours can be rescheduled later this summer, or when roses bloom in the fall. “One good thing about the Tyler area is that it is beautiful all the time,” Conley says.

As for True Vine, Chacon says that smart business modeling, projecting sales based on the current situation, and cutting costs should allow them to stay open for at least a few months until life and business can return to normal. “We’re in a good spot, and know not all can say the same,” Chacon says. “We feel lucky and a bit responsible to do right by the community and others who aren’t doing as well.”