The long-time friend of the playwright premieres her documentary 'Horton Foote: The Road to Home' at the Austin Film Festival. 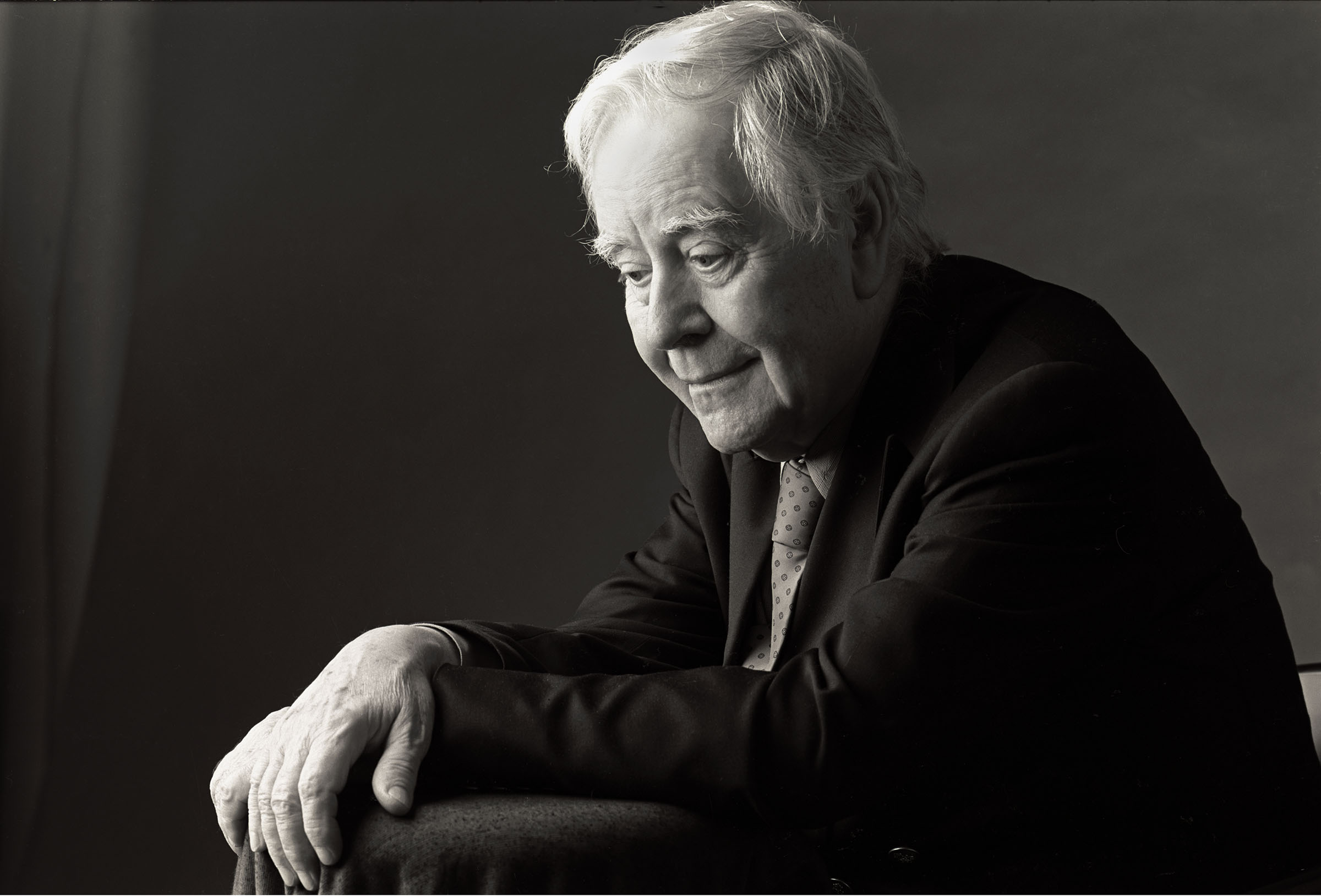 One of the most poignant images in director Anne Rapp’s documentary, Horton Foote, The Road to Home, is that of the esteemed Texan playwright sitting on his front porch swing in Wharton. Foote, who died in 2009 just shy of his 93rd birthday, is widely considered to be America’s Chekhov. His many plays and screenplays delve into the human universals in ordinary small-town life; he won two Oscars, one for his screenplay of Tender Mercies and the other for his adaptation of To Kill a Mockingbird.

Making its world premiere Saturday at the Austin Film Festival, Rapp’s documentary traces Foote’s trajectory from Wharton to national prestige. The significance of that front porch swing image becomes clear: Much of Foote’s best playwriting sprung from a lifetime of sitting right there, ruminating on what story he wants to tell next.

For Rapp, who befriended Foote in the 1980s as a script supervisor for Tender Mercies, the making of this documentary has been a 13-year odyssey. It began when she and Foote were driving around Wharton with Foote telling stories, and Rapp said to herself, “Someone has got to film this.”

The film captures the final years of Foote’s life as he reflects on his craft and career while still diving into new projects. Rapp interviews actors who worked with him, including Robert Duval and Matthew Broderick; the writers who respect him, like Edward Albee and Richard Linklater; and the people who loved him most, such as his children and close friends in Wharton. While Rapp’s film is a moving tribute to Foote, it also is a lodestar for aspiring writers. It reveals Foote’s uncanny ability to live a life committed to his art form while staying connected with friends, family, and the place he called home.

Although Foote has been gone for over a decade, his spirit can be felt in Wharton today. Here, Rapp shares the places where you can find traces of him in this sleepy Texas town, population 8,654, located about 60 miles southwest of Houston on the Colorado River. 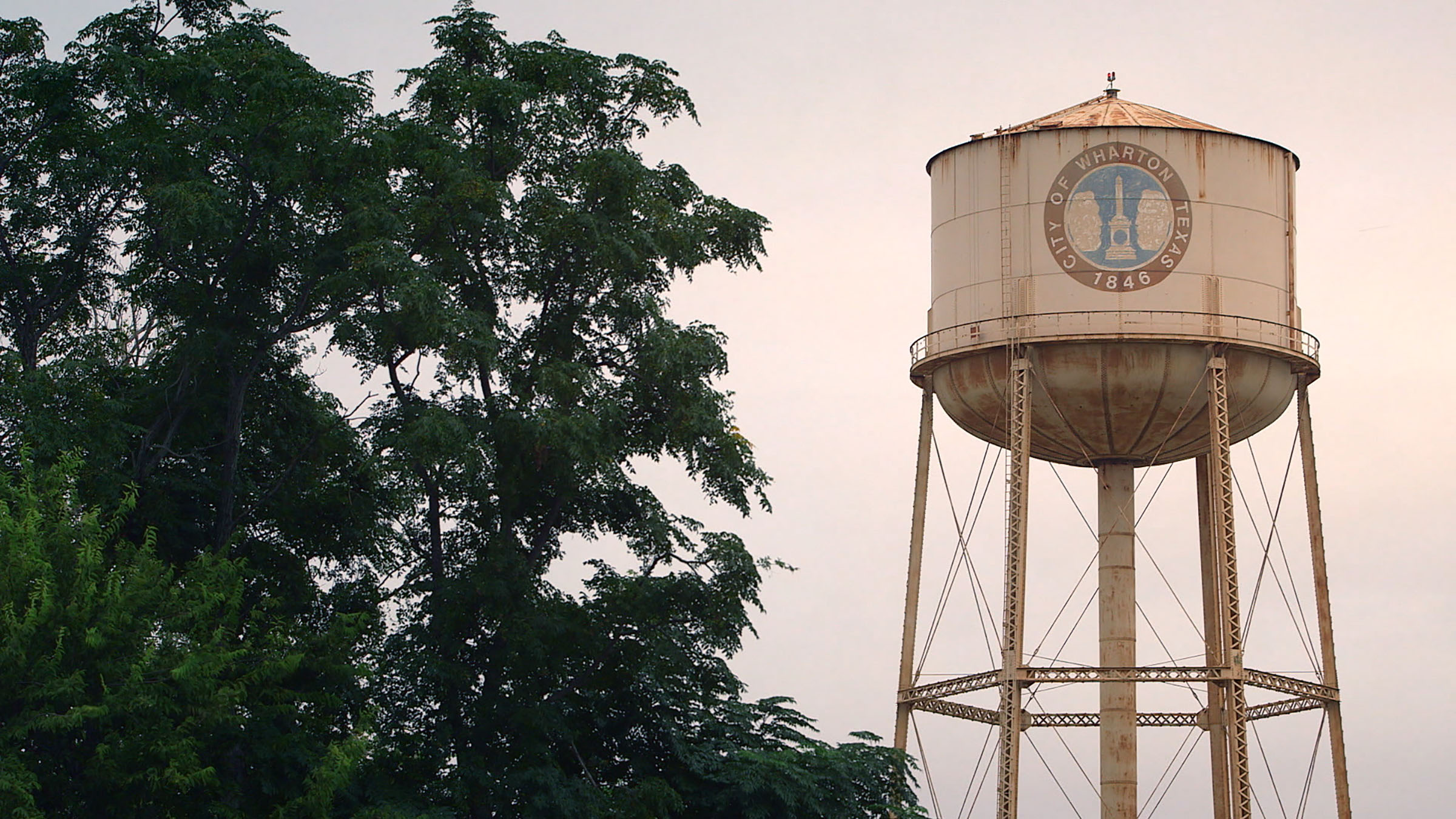 The water tower in Wharton. Photo courtesy ‘Horton Foote: The Road to Home.’

The Foote Family Home; 505 N. Houston St.
“I don’t know if there is a better place in Wharton to find Horton than that home,” Rapp says, speaking of the simple beige bungalow with the porch swing that appears often in the documentary. “Horton’s entire life was in that house; he’s never let it go.” A short stroll from the town square, it’s easy to find the Foote home. In the documentary, Foote tells of how his childhood memories of eavesdropping on his parents as they sat talking on that porch swing inspired a key scene in To Kill a Mockingbird.

The Horton Foote Pecan Tree
Take note of the looming pecan tree in the front yard of the Foote family home; it was planted when Foote and his parents moved into that house when Foote was just 1 year old. “Horton was very proud of that pecan tree,” Rapp says. “He was very happy to tell me that story. Now that tree is over a hundred years old. It didn’t make it in the film—I could make another film from all the stories he told me.”

Wharton City Cemetery; 801 E. Caney St.
Just over half a mile from his home on Houston Street, Foote and many members of his extended family are laid to rest in the town cemetery. Foote’s mother, Hallie, was from the Brooks family, prominent in Wharton; you will see the Brooks and Foote family plots adjacent to each other. “One of the little side stories in Horton’s play 1918, in which everyone got influenza, is that someone switched the headstones on two graves that were side by side,” Rapp says. “I found those graves that it’s based on.”

The Plaza Theater; 120 S. Houston St.
The Plaza Theater, once the site of the Plaza Hotel (circa 1904) and later a movie house, is now an active regional performing arts center. “One of the sweet things they do at the Plaza is that they have an adult theater troupe called the Footeliters and a youth group called the Litefooters,” Rapp says. “It’s true community theater. They are very proud to be named after Horton Foote.”

Wharton County Historical Museum; 3615 N. Richmond
Currently closed due to damage from Hurricane Harvey, this little museum hopes to reopen at the end of the year with an exhibit to showcase Foote’s many awards, which include his Oscars and his Pulitzer Prize. “They also have a section about Horton and his fascinating family history,” Rapp says. “The museum director, Charles Davis, was a close friend of Horton’s and one of the last people in Wharton who knew him well; you see him in the film.”

Horton Foote: The Road to Home is one of many films screening at the Paramount Theater and online at the Austin Film Festival, Oct. 22-29. Tickets are available here.