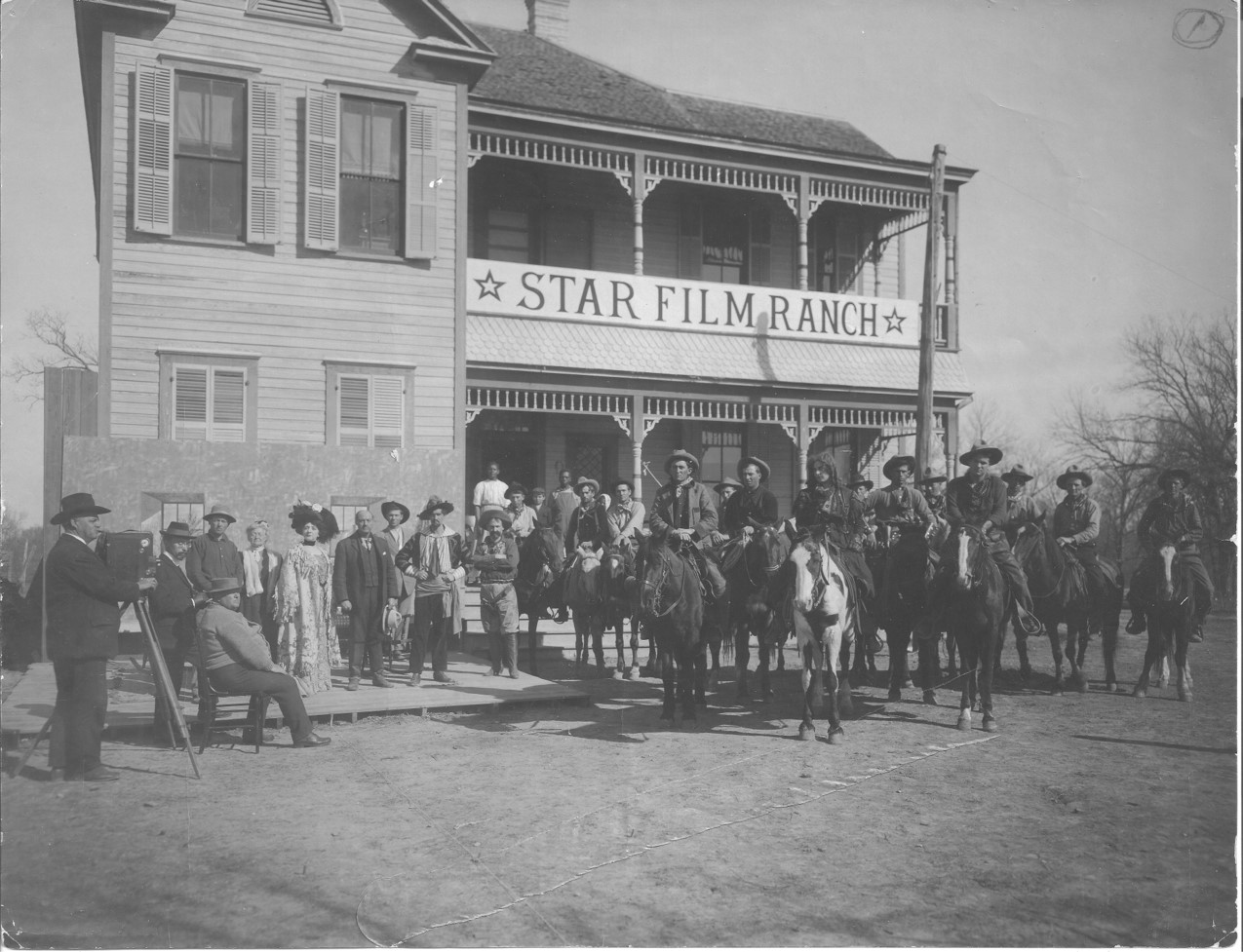 Star Film Ranch, a former silent filmmaking studio in San Antonio, is just dust in the wind, but author and film historian Frank Thompson can point out its former location. He’s been researching the studio since the 1990s, and has narrowed down its past whereabouts to Padre Park. From the banks of the San Antonio River, looking toward Mission San Jose in the distance, one can envision where it once stood.

The ranch was home to an arm of the Star Film Company from New York. The company was started by famed filmmaker Georges Méliès, best known for inventing special effects and A Trip to the Moon, but it was his brother, Gaston, who took operations out West.

Gaston wrangled up a crew of about 20 people and set out toward Texas in early 1910. They rented a ranch that would become Texas’ first substantial movie studio, and stayed until late summer, when the heat started to melt the film. It wasn’t until December that they returned and finished up their work through the spring of 1911.

Overall, the studio produced more than 70 silent films, including some of the first Westerns filmed with authentic Texas scenery and cowboys; and comedies starring big-name celebrities of the day, like Francis Ford and Edith Storey.

Despite having a huge impact on the movie industry and the city of San Antonio, Thompson says almost no one knows that Padre Park is home to film history. He’s working to make it known. 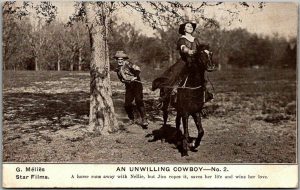 A promotional postcard shows a scene where Edith Storey is roped by Francis Ford. Photo courtesy of the Kathy Fuller-Seeley Collection.

“It really was the beginning of something really big, and San Antonio never again matched the volume of filmmaking that it had in the silent era,” says Thompson, who is currently based in North Carolina.

Thompson is in the early stages of his second book about the Star Film Ranch, this time with Kathryn Fuller-Seeley, a film professor at the University of Texas at Austin. He’s also advocating for a historical marker to be placed where the ranch once stood—the building was lost to history by the 1930s—to help locals and visitors learn more about the city’s movie-making past.

The exploration into the Star Film Ranch began when Thompson wrote a book in 1991 called Alamo Movies, which discusses films that feature the Alamo. The oldest film he found about the Alamo is The Immortal Alamo, made at the Star Film Ranch in 1911. However, similar to the ranch itself, the film is long gone and exists only in memory.

After Alamo Movies was published, Thompson continued searching for more clues on the silent movie studio. He went to libraries and archives to see if he could find any surviving films. By 1996, Thompson still hadn’t found any, but, through documents, he acquired enough information to publish a book, titled The Star Film Ranch: Texas’ First Picture Show.

Since his first book, a few films have popped up in archives far from San Antonio, and Thompson has helped sponsor the preservation of two films, Salt on the Bird’s Tail and Billy and His Pal.

The latter was found in a New Zealand archive in 2010, around the same time that Thompson and his wife sold their house. Thompson knew he wanted to help save the film, so he asked his wife if he could use the profit from the sale to make a donation that would preserve and restore the film. She said yes.

“Not every wife is so understanding of her husband’s weird obsession,” Thompson says. “Luckily, she understands.” 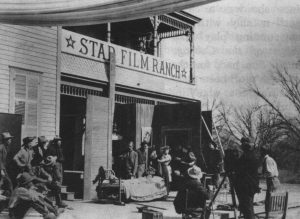 The crew had to film outside since cameras of the day needed large amounts of light. Photo courtesy of the Kathy Fuller-Seeley Collection

Today, Thompson says there are seven surviving films, and he has copies of all but one. Some on DVDs, others on three-quarter-inch tapes. One is a 35 mm print. For Thompson, the films are more than just funny storylines and Western adventures—they document San Antonio in 1910; behind the action is the period scenery, cowboys, and fashion.

“I’m not saying any of the movies are masterpieces,” Thompson says. “They’re not. They’re just movies. But for what’s in there, they’re priceless.”

In addition to the films, Thompson was on a hunt for the exact place where the Star Film Ranch stood. He’s visited the area various times, starting long before the land became publicly owned, and he’s scoured over fire maps to see if the ranch burned down. But there’s no exact answer to why it disappeared.

The only way to truly see San Antonio’s lost hidden gem is to watch its surviving moving pictures, or to stand in Padre Park, eyes closed, and imagine.