Red snapper, flounder, and spotted seatrout are just a few of the fish species you can snag in the Gulf 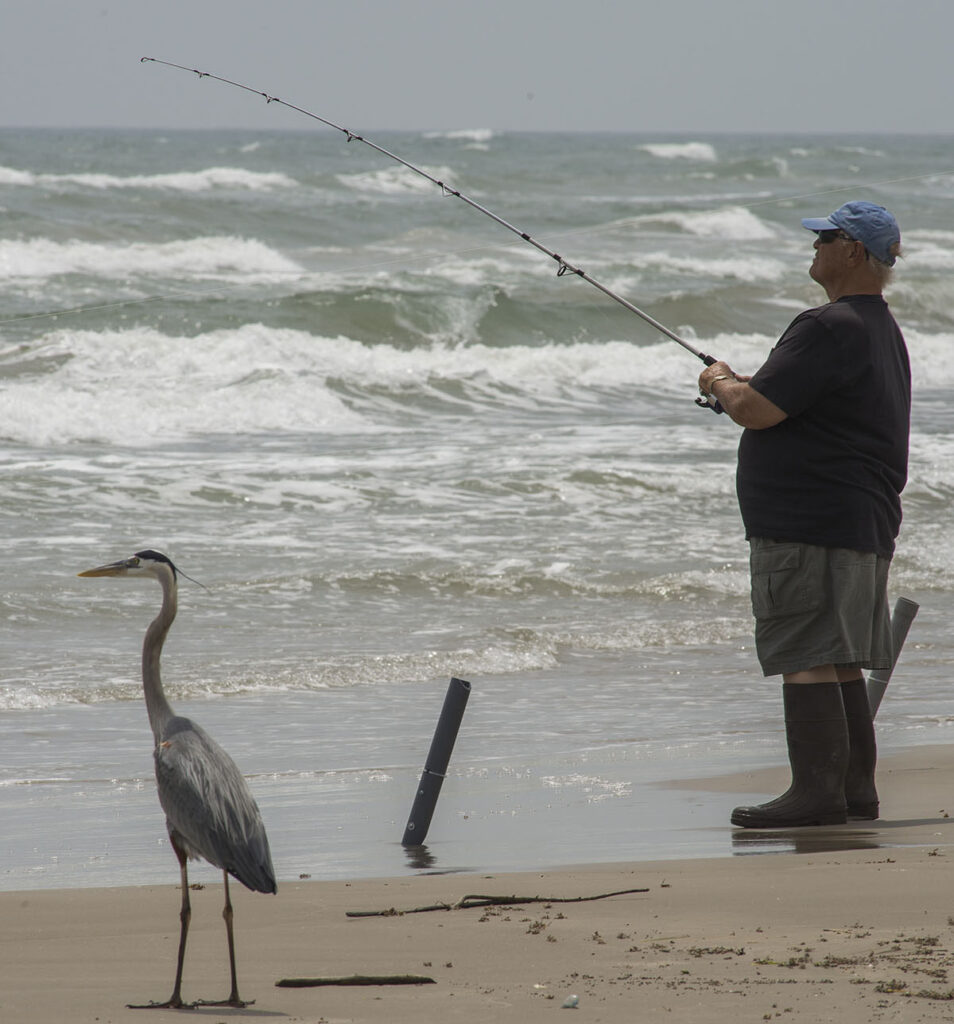 In his majestic Pulitzer Prize-winning book The Gulf: The Making of an American Sea, historian Jack E. Davis calls the Gulf of Mexico “the Fishy Sea.” For saltwater fishing in Texas, the options are as plentiful as the bounty.

Along 350 miles of the Texas coast—from the Sabine River to the Rio Grande—anglers can catch an assortment of species amid landscapes ranging from sandy beaches to offshore reefs. However,factors including climate change and industrial development have required a more conscientious approach to coastal fishing. The Texas Parks and Wildlife Department has put stricter limits on two favorite game species—flounder and speckled seatrout—hoping conservation will lead to increased catches in the future.

“As individuals, we have the power to influence the trajectory of a fishery,” says Shane Bonnot, advocacy director for the Texas chapter of the nonprofit Coastal Conservation Association, which focuses on recreational fisheries.

Nonetheless, for anglers just getting started, there remains no shortage of chances to make some memories—and maybe bring home some fresh seafood. For beginners, Bonnot suggests buying or borrowing a basic rod and reel, and finding a rock jetty, then drifting bait under a popping cork. (These “corks” are essentially saltwater bobbers with a rattle to help attract fish; anybody at your local tackle shop should be able to explain how to rig them.)

For bait, live shrimp are popular, but dead shrimp or even chunks of previously frozen fish can be effective, if smelly, lure for game fish. Galveston, Port Aransas, and Corpus Christi all have pedestrian-friendly jetties, while another option for novices is to patrol the surf, looking for feeding birds, and try to cast beneath them.

“Growing up, my family was fortunate to have access to bay-front properties in Jackson and Matagorda counties,” Bonnot says. “We’d drive down to the bank, unload, and just start wading. Catching those gafftops [saltwater catfish], it felt like they were going to pull me across the bay. The experience was fundamental in my choosing what I wanted to do with my life.”

Louisiana-born Chris Arceneaux, who currently lives in Kingwood, northeast of Houston, serves as vice president of the Paddling Anglers in Canoes and Kayaks, an organization for saltwater fishing enthusiasts. The group leads trips up and down the Texas coast, and Arceneaux advises anglers just getting started—whether wade fishing or paddling—to keep things simple in the beginning. For boaters, he recommends “one paddle, one rod, and one life vest,” cautioning that he has seen beginners lose hundreds of dollars of gear into the Gulf, which is usually enough to squash their interest in fishing.

“Our coast is so wild,” says Arceneaux of his adopted state, “there are just so many places where you can just pull up in your truck and have access to marshes and tidal flats.”

A kayak, Arceneaux points out, allows anglers to explore without getting stuck in the mud, and provides an excellent platform for not just fishing but also birding and sightseeing. Resort communities such as Galveston, Aransas Pass, and South Padre Island all have kayak rentals available for anglers who don’t have a boat of their own. Inviting a buddy along, and bringing a GPS device or smartphone (in a waterproof case), is much safer than paddling out alone.

Even though Texas Parks and Wildlife Department outreach studies show nearly a quarter of all sportfish landed in Texas are caught with live shrimp, nearly as many sportfish are willing to take what’s known as a “soft plastic,” a rubber bait that comes in an array of shapes and colors and can be affixed to a weighted hook. Suggested strategies and lure presentation are as varied as the plastics themselves, but a good rule of thumb is to choose something dark when fishing cloudy water, and a lighter colored lure under clearer conditions. Arceneaux prefers plastics with a paddle tail.

One of the undisputed favorite catches of inshore anglers is redfish, an aggressive, hard-fighting fish that cooks up tasty on the grill or in the oven. But offshore red snapper also draws the crowds. “If there’s a fish that’s great for getting into offshore fishing, it’s the red snapper,” Bonnot says. “They put up a great fight, and red snapper are highly abundant.” That abundance does not come about by accident, but because the state works closely with the National Marine Fisheries Service to keep stocks healthy. Seasonal closures sometimes lead to tensions between authorities, and between recreational and commercial fishing fleets, but everybody agrees the fish is worth protecting.

For red snapper anglers wanting to try their luck, small guide services and party boats, which can accommodate 75 anglers or more, offer a variety of experiences. Operating out of various Lone Star ports, most offshore guides provide all tackle and clean any fish you catch. For those interested in learning how to fish, a private trip beats a party boat, but party-boat operators such as Fisherman’s Wharf in Port Aransas do receive positive reviews.

According to fishery scientists and professional guides, even after Winter Storm Uri in 2021, fishing action on the Texas coast continues to be hot. Meanwhile, the Gulf offers year-round opportunities. So, like any other sport, it takes some practice to get good at fishing, but just remember the old cliche: even a bad day fishing beats a good day at work.