Scheduled to open in summer 2022, the new, full-service hotel will cover 2 acres and incorporates 4 historical structures from the 1800s and early 1900s. 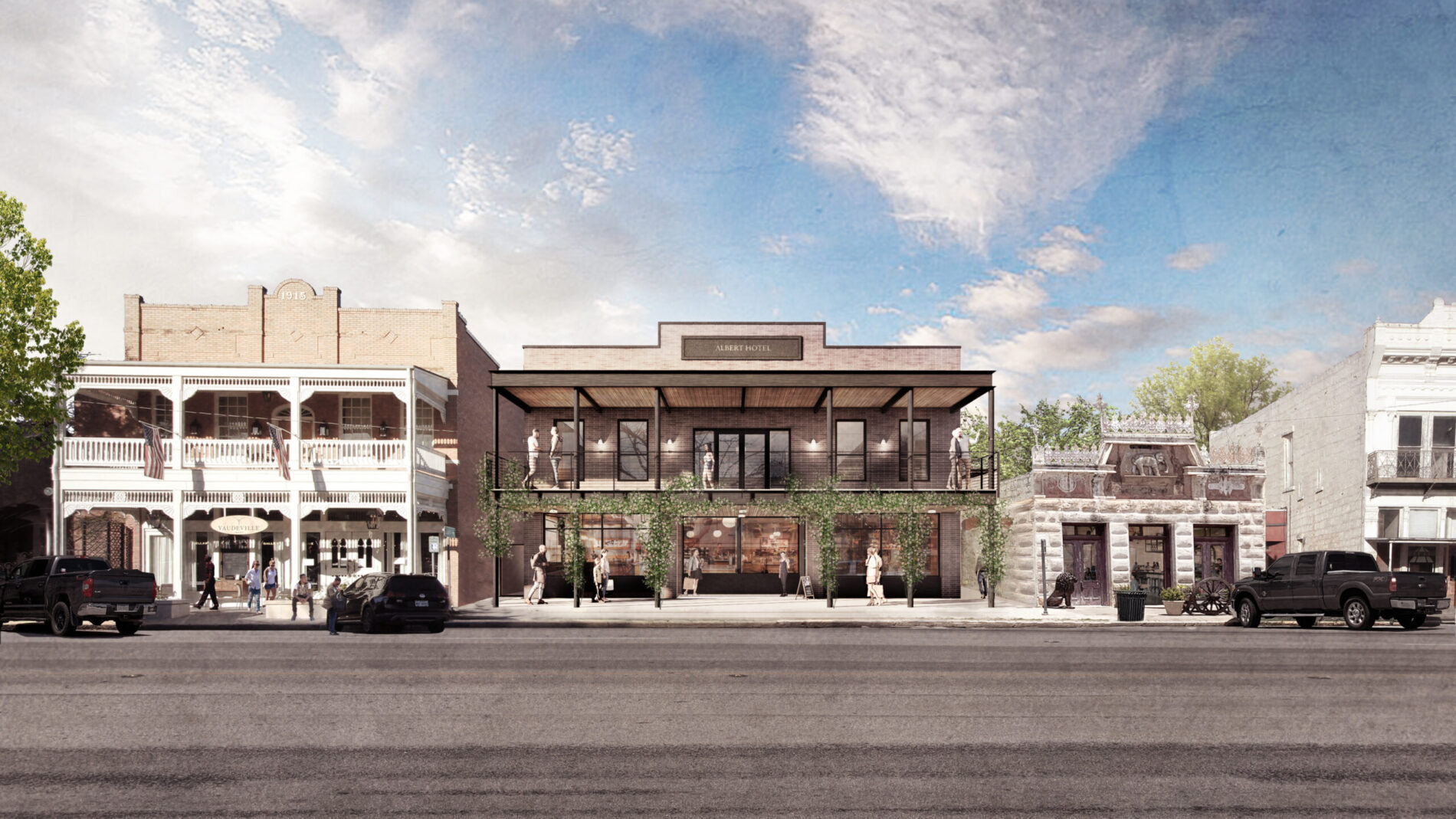 An artist rendering of the facade of Albert Hotel, which is scheduled to open on Fredericksburg’s Main Street in summer 2022. Courtesy Albert Hotel

Up and down Fredericksburg’s historic Main Street, 19th-century stone buildings stand like old trees, deeply rooted in the city’s German history. Next summer, a modern addition will offset these age-old landmarks with the opening of the Albert Hotel.

“Our goal was to make something contemporary but also complementary,” said co-developer Matthew Pipkin, who is working on the project with architect Clayton Korte and Austin-based hospitality developer New Waterloo.

Equally distinct as the property’s contemporary design is the history of its previous proprietors. In 1847, just one year after the town’s founding, Wilhelm Keidel settled in Fredericksburg as the town doctor and judge. Subsequent generations of Keidel family members went on to acquire real estate on Main Street, which today include the Keidel family home, built in 1860, the Brockmann-Kiehne House (1870), the Keidel Pharmacy (1906), and the White Elephant Saloon (1888).

Together, these patinaed structures, along with an open lot that was once a working farm, make up the backbone of the Albert Hotel, named for Wilhem’s great-grandson, Albert Keidel. Albert Keidel, a Fredericksburg architect and historical preservationist, passed away in 2010 at the age of 100.

“He became the North Star for this project,” Pipkin said. 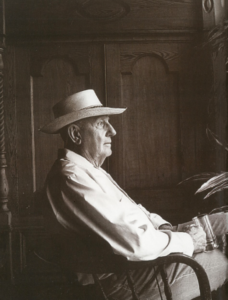 A portrait of Albert Keidel, the Fredericksburg architect and historical preservationist for whom the Albert Hotel is named. Courtesy Albert Hotel

Albert Keidel was well-versed in the vernacular of Fredericksburg’s architectural style though he also bore witness to the city’s dramatic growth. As a founding member of the Fredericksburg Historical Society, he understood how to strike an architectural balance between the old and the new, carefully paying tribute to the past while evolving for the future.

Pipkin and the team at New Waterloo worked with the Keidel family to develop a plan that would honor the homestead’s history while transforming it into a  hospitality destination unique among Fredericksburg’s lodging options.

The resulting design, which extends over a 2-acre compound, features 110 guestrooms, including bunkrooms, suites, and a private house, plus a fitness center, a full-service spa, a sunken limestone swimming pool, and a 3,600-square foot event space with a 1,200-square foot mezzanine deck and event lawn.

The four historic buildings comprise the face of the project, softening the new, contemporary-styled construction with its raked stucco, wood siding, and roof overhangs. In the old two-story pharmacy, visitors will find a café and coffee shop, while the neighboring White Elephant Saloon will be reimagined anew. A total of four distinct food and beverage concepts will be located on site, including a barbecue joint in the historic 1870 Brockman-Kiehne House on East Austin Street. Stitching these various compounds together are a patchwork of shaded lawns, courtyards, and walkways for exploration.

“We’re trying to provide a full-service boutique experience,” said Pipkin, who hopes the hotel will draw travelers looking for a full-service getaway as well as more adventurous visitors seeking to explore the Hill Country.

For locals in town, change is a common theme these days, thanks to the tremendous tourism boom and thriving wine industry. Despite the wavering opinions that come with this growth, the addition of the Albert Hotel is an exciting prospect.

Ernie Loeffler, president and CEO of the Fredericksburg Convention and Visitors Bureau, said the hotel represents the latest chapter in the evolution of downtown Fredericksburg architecture over the past 175 years—from Fachwerk construction of the German settlers, to the fanciful steamboat façade of the old Nimitz Hotel, to the two-story limestone commercial buildings constructed in the late 1880s and early 1900s.

“Although some local residents may question ‘the modern design,’ from an architectural perspective this new project picks up on authentic design elements found along Main Street in our historic district—a second-story balcony and the use of limestone and brick accents, as examples,” Loeffler said. “The Albert Hotel will take its place in this continuum of design and architectural styles that reflect time periods in our town’s history and development.”