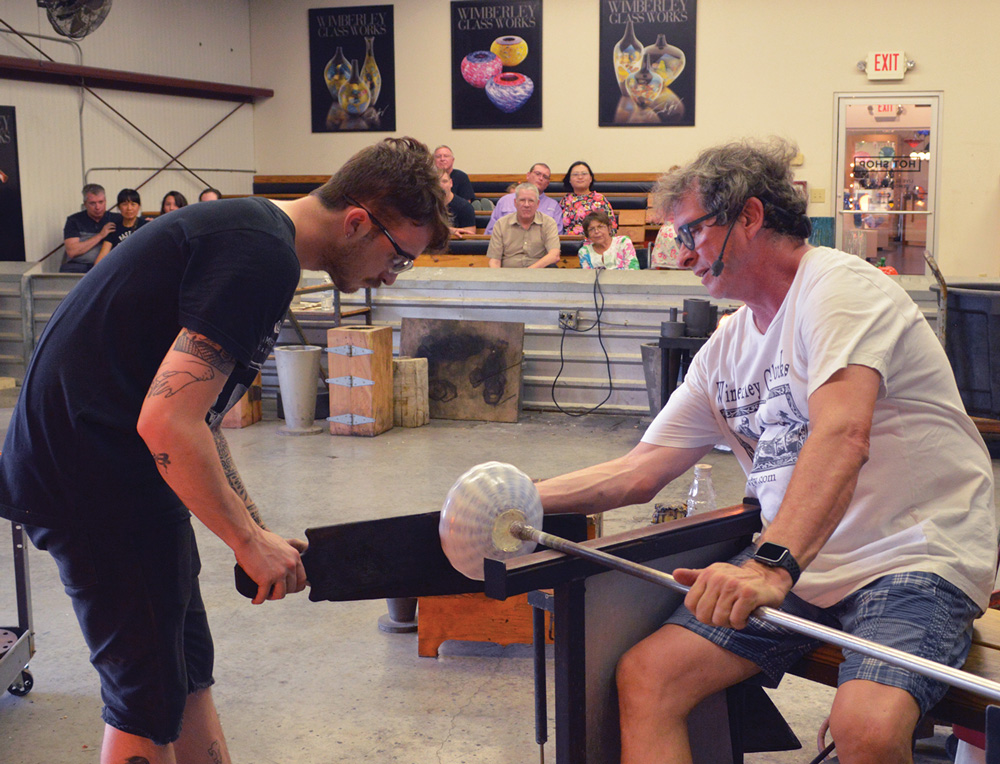 Pumpkin spice cocktails, pumpkin soup, pumpkin bread, pumpkin-scented candles, multi-hued decorative pumpkins—everywhere you look, there’s pumpkin something. With temps still in the 90s, it may not feel like fall in Texas just yet, but the autumnal equinox arrives on Sept. 22, and the plethora of pumpkin-spiked everything is ready and waiting to ensure folks can get into the swing of the season.

Those who may be in the mood to move on from summer, but not quite ready to curl up in front of the fire with a steaming pumpkin spice latte, should consider taking a road trip to Wimberley Glassworks in San Marcos this Saturday for the glass shop and gallery’s annual Gourdgeous Glass Pumpkin Patch Festival.

If a punny event name isn’t enough of a lure, listening to Wimberley Glassworks owner and artisan Tim de Jong talk about his creations should be. His enthusiastic take on bringing his blown-glass gourds to the masses is not unlike Linus Van Pelt waxing philosophical to Charlie Brown about the Great Pumpkin.

“Pumpkins are kind of like the symbolic flower of autumn,” he says. “In the spring we have wildflowers and in the fall we have pumpkins. They’re fun and crazy and zany, and we have a lot of fun making them.”

That’s a good thing, since de Jong, along with several colleagues in the studio he calls his “hot shop,” started the process of making 800 to 900 one-of-a-kind pumpkins back in June. This year, festivalgoers can peruse the patch for a wide variety of handmade gourds, including black ones, gold ones, purple ones, natural-looking ones, metallic ones, and even a few that glow in the dark. 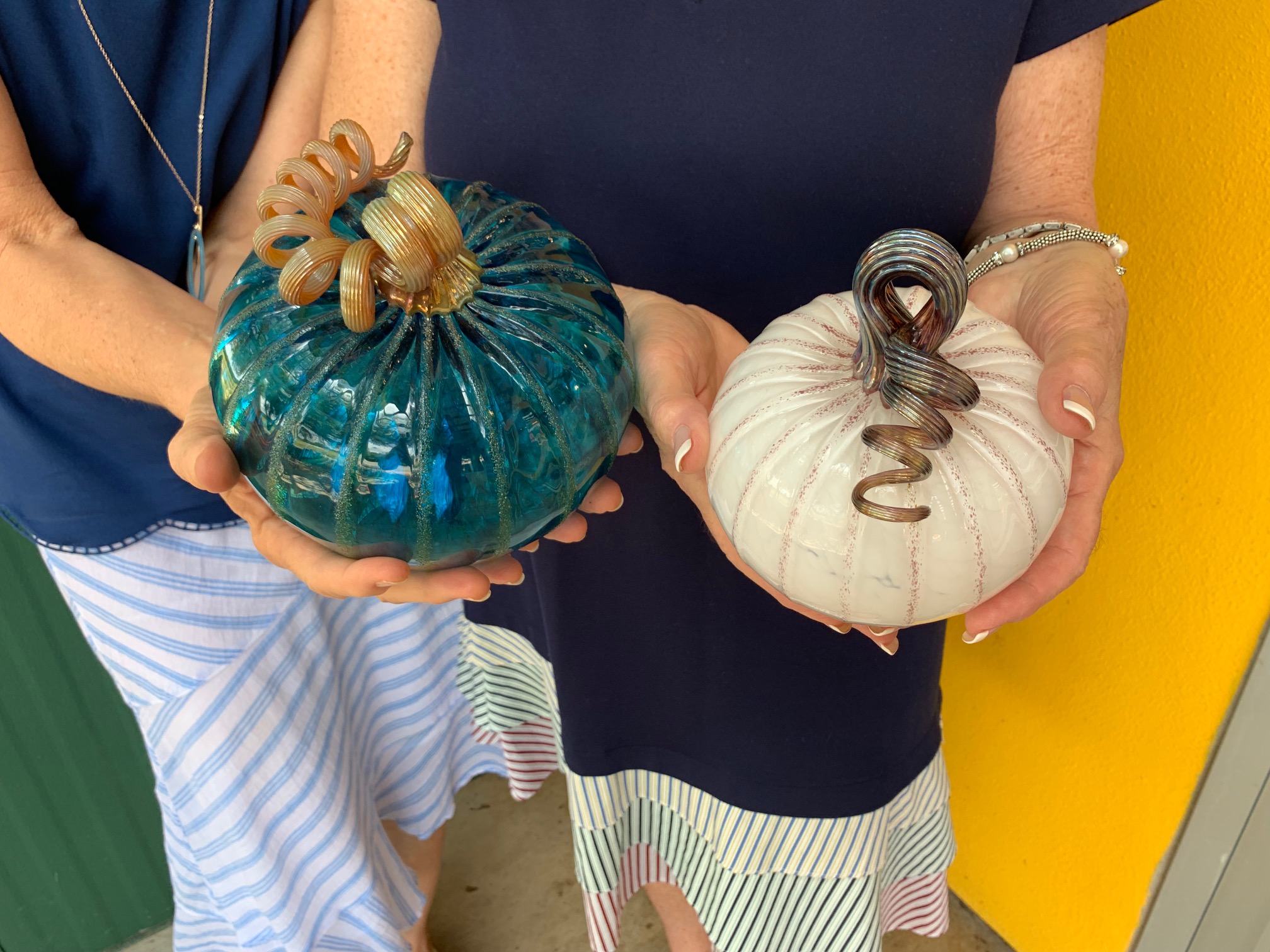 For those traditionalists who may be torn between displaying a glass pumpkin and a real one, de Jong says, “There are many plusses about our pumpkins. They never rot, though they are hard to carve.”

There is one thing that glass pumpkin wafflers should bear in mind: Whereas a traditional pumpkin can be bought almost anywhere between September and November, a “gourdgeous” glass pumpkin is less of a sure thing. “Every year, some people come back and get a new pumpkin to add to their collection or for their Thanksgiving table,” de Jong says. “We make as many as we can, and we never have enough.”

While pumpkins are de rigueur this time of year, Wimberley Glassworks produces blown glass art year-round, and de Jong is currently celebrating his 30th year in business. Though he moved out of his off-the-beaten-path studio in Wimberley and into a larger facility near San Marcos in 2005, he says he “kept the name because I wanted the studio to be a gateway to the Hill Country.”

The Gourdgeous Glass Pumpkin Patch Festival occurs Saturday from 11 a.m. to 2 p.m. In addition to hunting for the perfect pumpkin, festivalgoers can see how the gourds are made during live glass-blowing demonstrations, and sign up to make their own pumpkin. Go ahead, carve out some time for this fun festival, and maybe come up with a few pun-kins on the road trip there.