The exhibition spans the screen icon's career, from his early days as a prop man to his Academy Award for 'True Grit.' 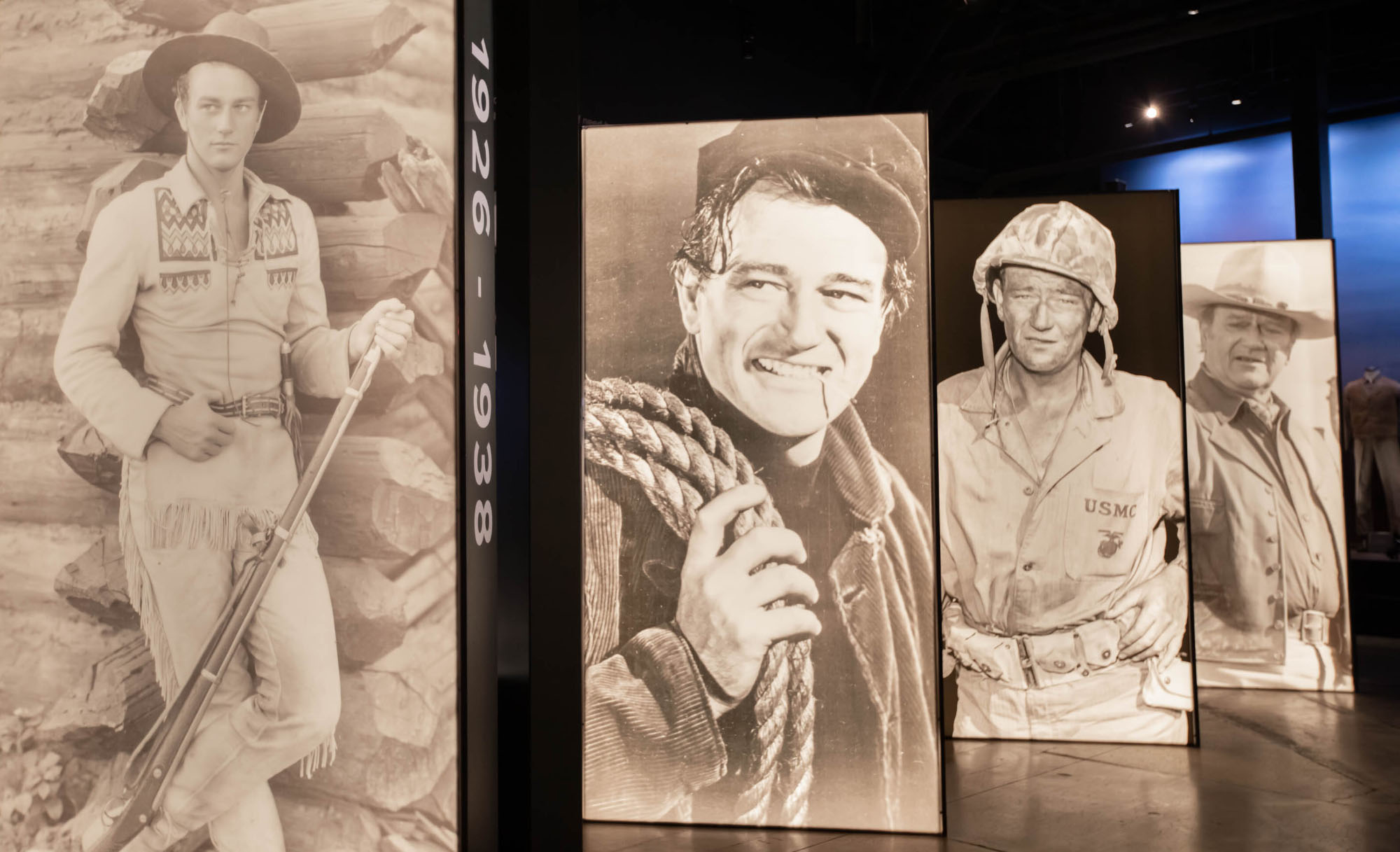 A selection of John Wayne’s movie roles line a section of the exhibition at the Fort Worth Stockyards. Photo courtesy John Wayne Enterprises.

John Wayne launched his film career in the movie lots of California, but the biggest collection of memorabilia celebrating the actor’s life now resides in Fort Worth.

John Wayne: An American Experience opened this month in a sprawling, 10,000-square-foot space in The Stockyards. It features props, costumes, family photos, handwritten letters, and other memorabilia from the Hollywood legend’s career.

The Duke’s appreciation of the Lone Star State makes it an appropriate location for the permanent exhibit, says Ethan Wayne, the youngest son of the actor and his third wife, Pilar Pallete. “The one film he put his heart and soul into was The Alamo,” he says. “He backed that film personally and professionally and ended a decade-long relationship with Republic Pictures with it. It’s a very American story and a very Texas story. There’s a long and deep connection with the West and some of the characters he portrayed onscreen.”

Marion Robert Morrison, known professionally as John Wayne, was born in Iowa in 1907. He grew up in Southern California, and took a job as a prop man at Fox Film Corporation after he was injured in a body surfing accident and lost his football scholarship to the University of Southern California.

Cast in small parts for a few years, Wayne received his first starring role in The Big Trail, and his career took off. However, his life is not without controversy. In a 1971 interview with Playboy, Wayne made disparaging comments about African Americans, Native Americans, and gay people. Critics cited the comments in their recent unsuccessful effort to rename John Wayne Airport in Orange County, California.

Since he passed away from stomach cancer in 1979, Wayne endures as one of Hollywood’s most iconic movie stars. Now, the Fort Worth exhibit represents the largest collection of his memorabilia on public display.

Among the highlights? “Duke” Morrison’s 1929 card identifying him as a prop man at Fox Films studio. “That’s when he went from college football player to an employee of Fox, the lowest man on the ladder. He kept it in his belongings until the day he died,” Ethan says. 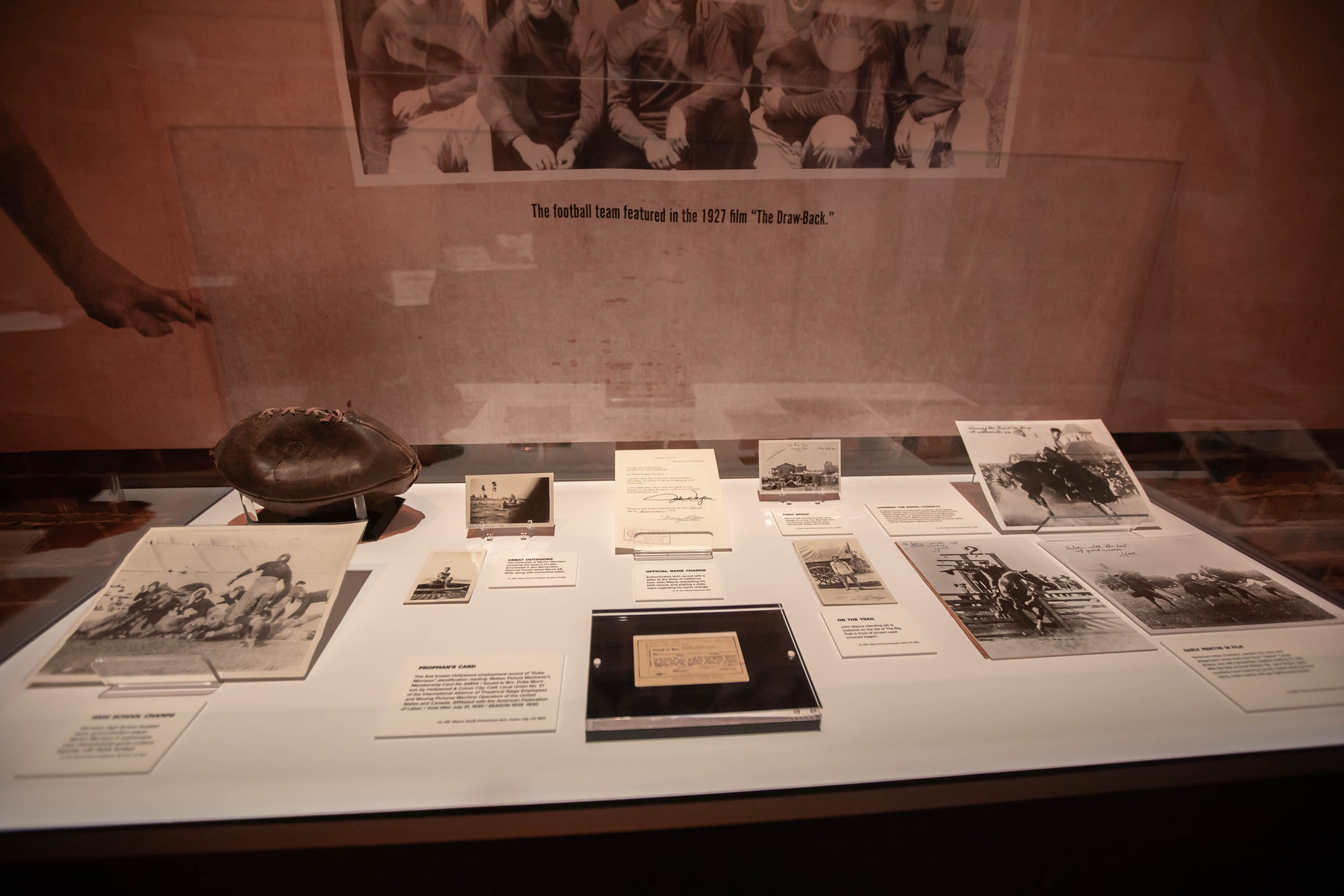 Another notable artifact is the inscribed knife and scabbard made of bone, a gift to Wayne from Raoul Walsh, director of The Big Trail. (Even though the film made Wayne a sought-after actor, the film was a box office failure.) 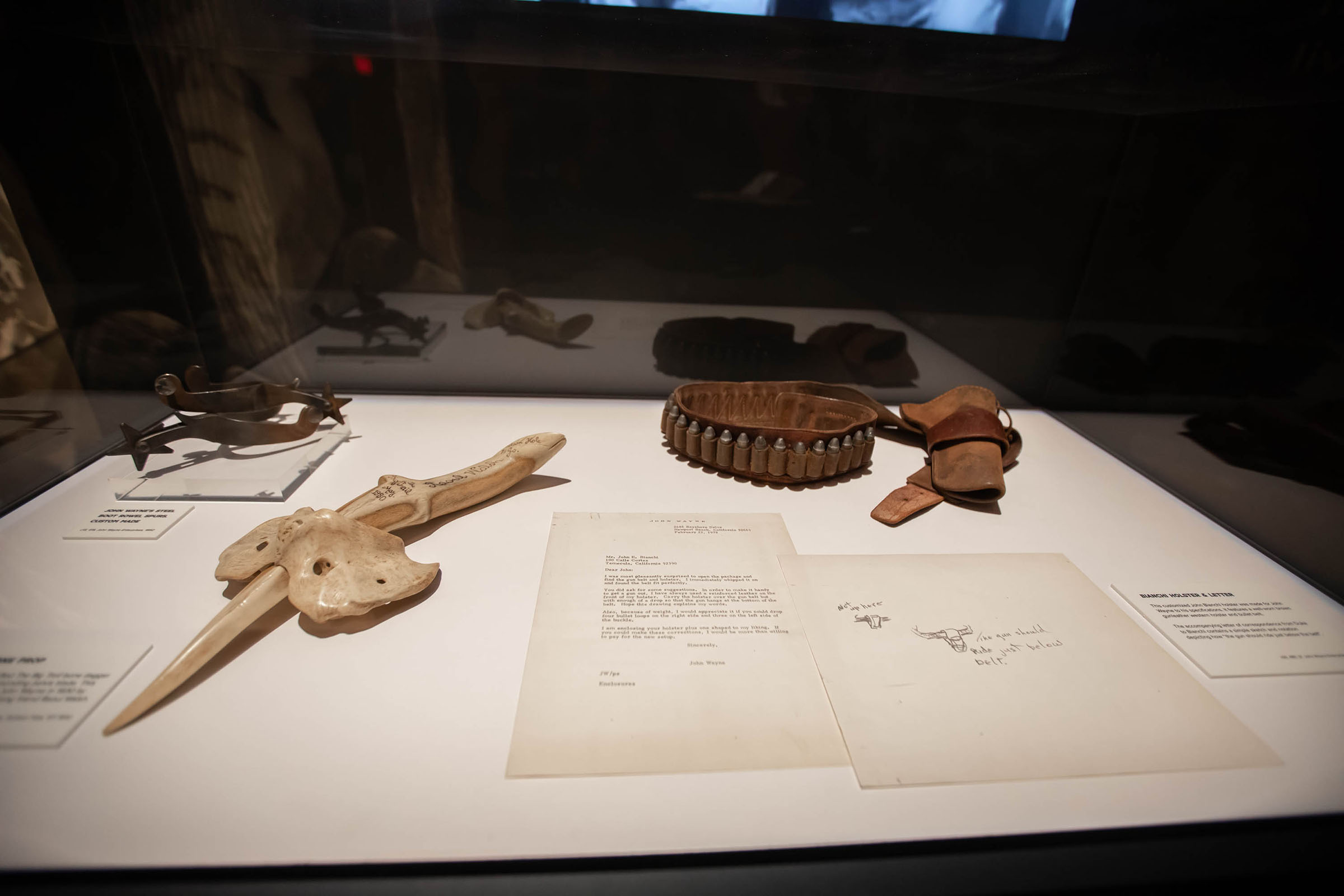 Exhibition attendees can also see the Academy Award that Wayne won for best actor in the 1969 film True Grit. “Anybody who has an interest in John Wayne or what he represented, they should come see this,” Ethan says. “It’s the story of his life before he went onscreen, while he was onscreen, and since he passed—it’s all here and it’s supported with a tremendous amount of photography and artifacts from every life event.” 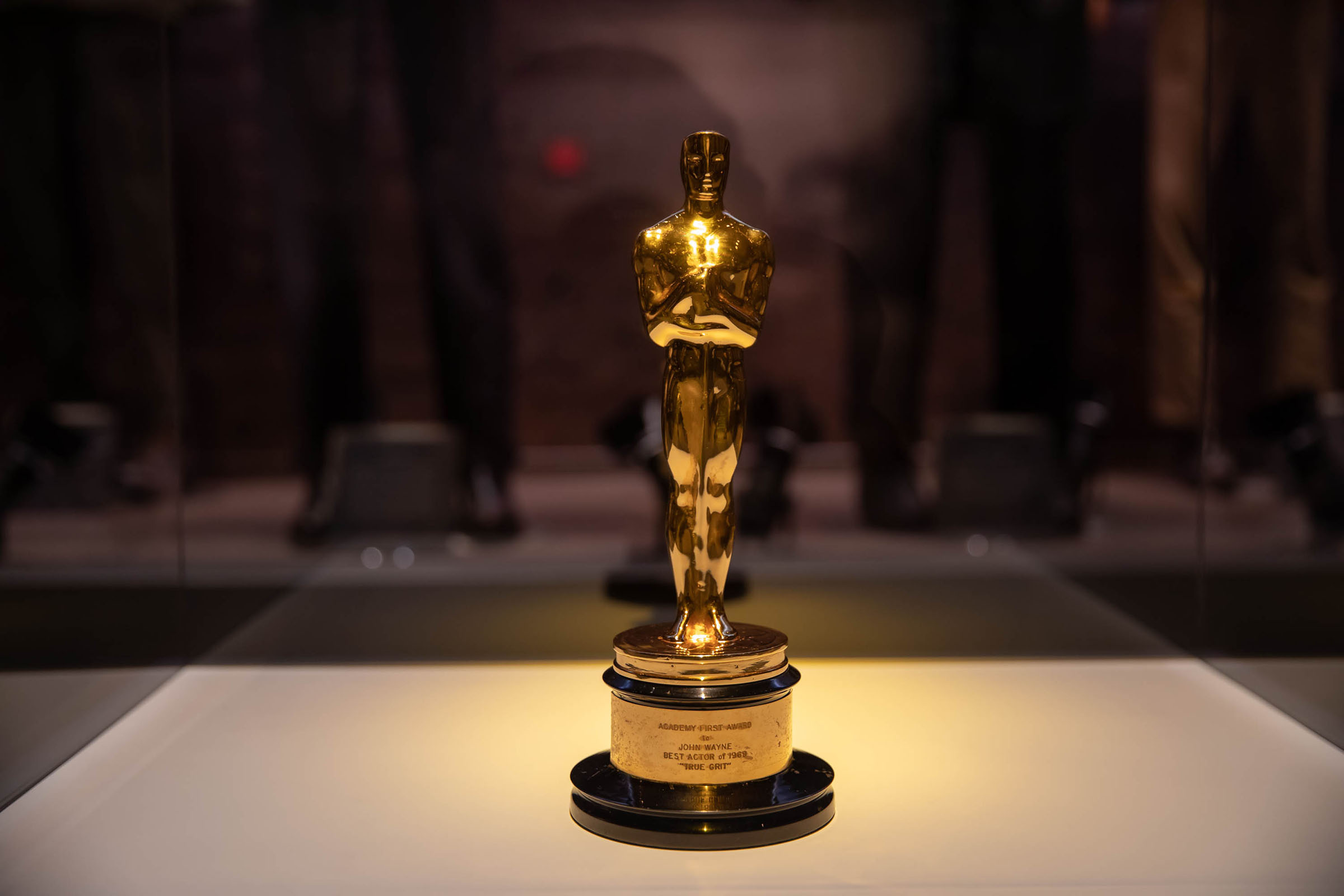 Ethan says he hopes the exhibit will renew interest in the characters his father played, and “what it means to be a strong, tough, humorous, compassionate man.”

“So many people come to me and say, ‘John Wayne raised me—his character, set of values, commonsense, and reality really gave me direction in life.’ Hopefully people will come here and get a glimpse behind what created John Wayne. … He really became a symbol of us as a people, because he was playing characters that built the country.”

The exhibit is open daily, with tickets being sold for specific time blocks. Masks must be worn. For more information go to www.johnwayne.com.