See the Fort Worth Herd Mosey down Exchange Avenue

Written by Celestina Blok | Updated: October 31, 2018 | Filed Under: Family TravelHistoryThings to Do 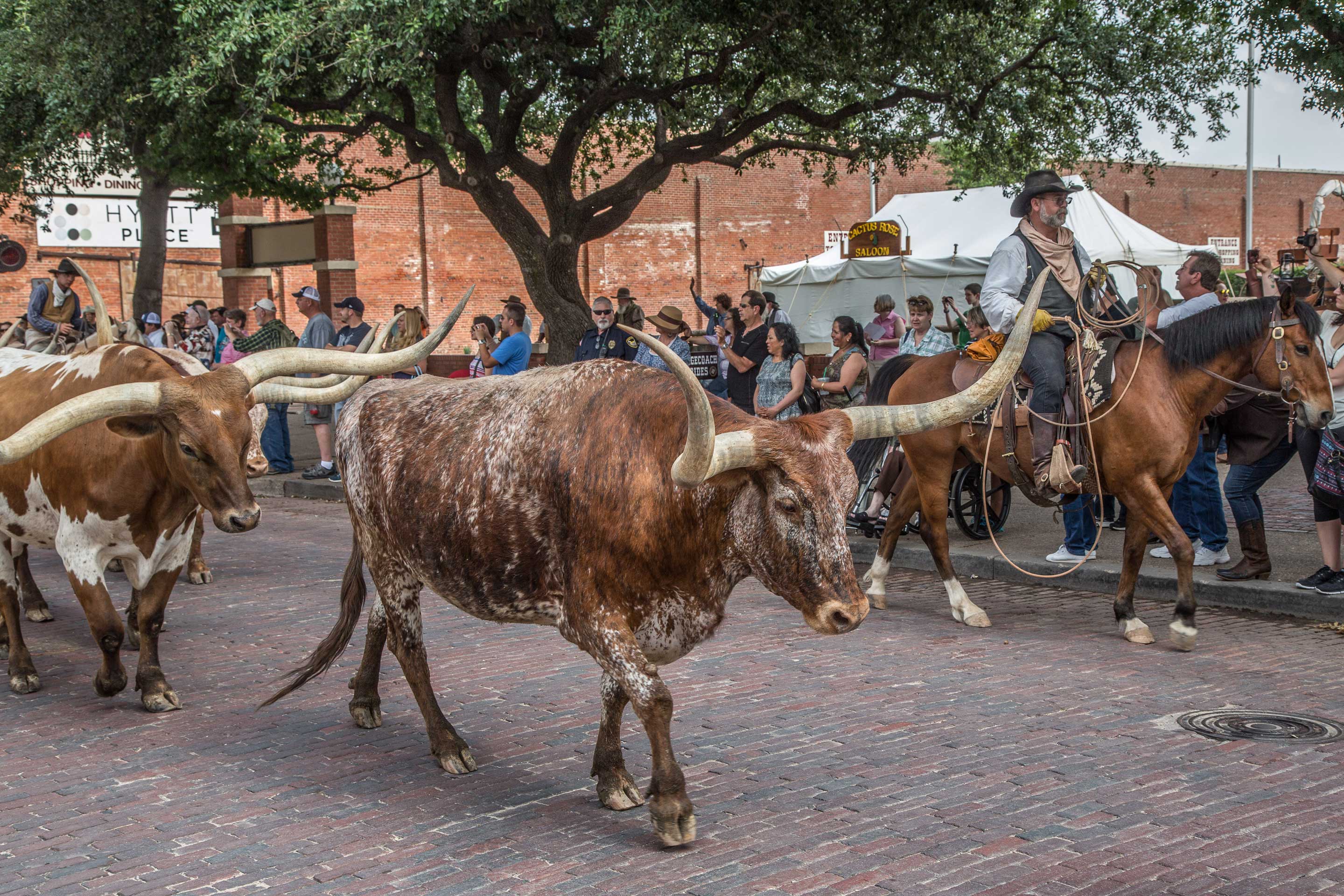 The Old West comes to life daily at 11:30 a.m. and 4 p.m. when the Longhorns of the Fort Worth Herd mosey down Exchange Avenue in the Fort Worth Stockyards National Historic District. The mesmerizing sight is worth a pause from shopping for cowboy boots at Fincher’s White Front Western Wear (where materials range from cowhide leather to exotic skins like snake and alligator) or browsing the jewelry, belts, hats, and apparel at Maverick Fine Western Wear. Visitors also flock to the shops at Stockyards Station, which include a general store, hot-sauce retailer, leather trading company, spice and tea store, children’s gift shops, and a vintage record store. The famed Chisholm Trail ran through Fort Worth in the late 1800s and the city remains one of the easiest places to see the stars of the historic trail: the Longhorns themselves. A herd of nearly two dozen makes twice daily “cattle drives” in the famed Fort Worth Stockyards National Historic District (at 11:30 a.m. and 4 p.m.), with a “cow camp” to learn more cowboy tricks on weekends at 1:30 p.m. Kristin Jaworski, who’s from Arizona and grew up with horses and cattle, has been the trail boss here since 2002. She says she “absolutely” considers herself a cowboy and has a lot to say about her Longhorns. “They’re majestic creatures. Real popular show breed these days,” she says. Picking a favorite is harder for her. “Well, Rojo is my buddy,” she explains. “I like the underdog too, Matterhorn, who’s new and trying so hard to fit in. And Norman’s actually my steer. He grew up in the petting zoo, and one day they were going to sell him. ‘Too big,’ they said. I said, ‘Like hell you’re selling him.’ I fed him from the bottle when he was young. He’s mine now and spoiled rotten.”

Kristin ensures all parts of the famed cattle drive are accurate, down to the attire. “We make sure we’re not just the rodeo cowboy you see, a John Wayne cowboy.” Part of that is respect of the vaquero, or Mexican cowboy who so influenced the American version. In fact, “cowboy” derives directly from the word vaquero. “They’d dress a little flashier,” Kristin notes. “They taught a lot about how to be a cowboy.”