Written by Michael Hoinski | Updated: May 19, 2020 | Filed Under: CultureTravel News 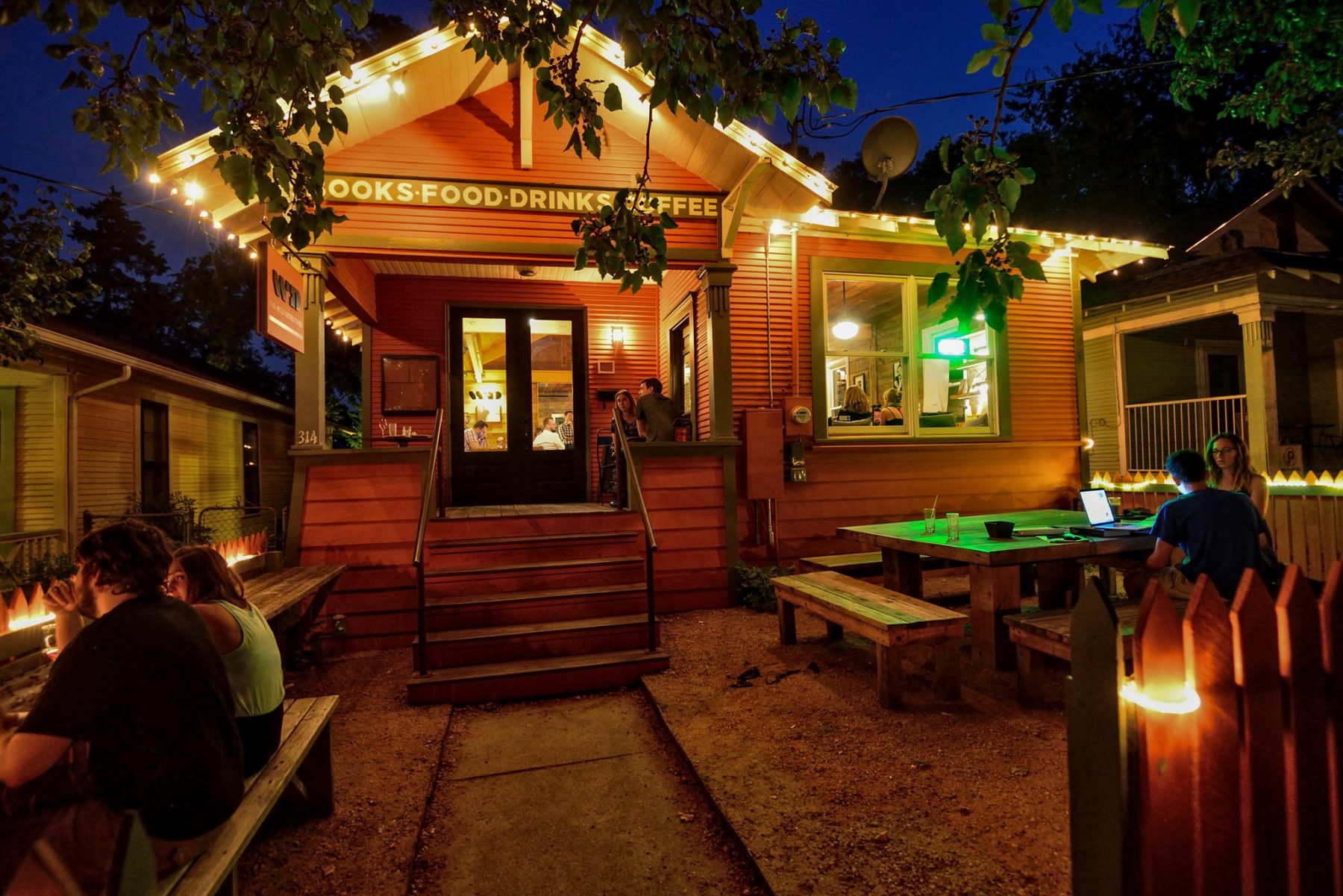 On Sunday, April 26th, the beloved bookstore-bar hybrid The Wild Detectives, located in the Oak Cliff neighborhood of Dallas, posted the following to its Instagram: “Dear friends, we are sorry to announce that, under the current circumstances, The Wild Detectives bookstore is no longer. Starting today, we are shifting our business model to a travel agency. This may come as a shock to you, but we keep hearing that everybody wishes to travel now.”

At the same time, a new website, gobookatrip.com, was launched. Cast against the photographic backdrop of a remote beachfront framed with the words “Worldwide Destinations Delivered to Your Door,” the site prompts users to answer the question “Where Do You Want to Go?” by typing a location into a search box. The results are books recommended for that specific place. For example, type in “Mexico City” and one might select Empty Set, a novel by Verónica Gerber Bicecci (translated by Christina MacSweeney). Go to Kyoto and discover The Temple of the Golden Pavilion by Yukio Mishima. Athens, Greece? Outline by Rachel Cusk.

Not everyone caught on to the bookstore’s prank right away. Some dedicated customers were distressed. Two days later, the role of the new site was clarified. The Wild Detectives had designed it not to replace the bookstore altogether but to provide a travel-specific curatorial experience for readers (with e-commerce powered by bookshop.org).

“The early weeks of the pandemic were pretty hard for us to navigate, and we just wanted to have some laughs and make some fun of ourselves,” explains Javier García del Moral, co-owner of The Wild Detectives and its sister restaurant, Sketches of Spain, which opened in January 2020. (Due to safety concerns for its workers and the public, the bookstore remains closed despite Governor Abbott’s recent reopening orders and will likely not reopen until early June, while the restaurant continues to offer pick-up and delivery.)

García del Moral spoke with Texas Highways about the new “travel” initiative, and how life as an independent bookseller is changing during the volatile times of the COVID-19 pandemic. 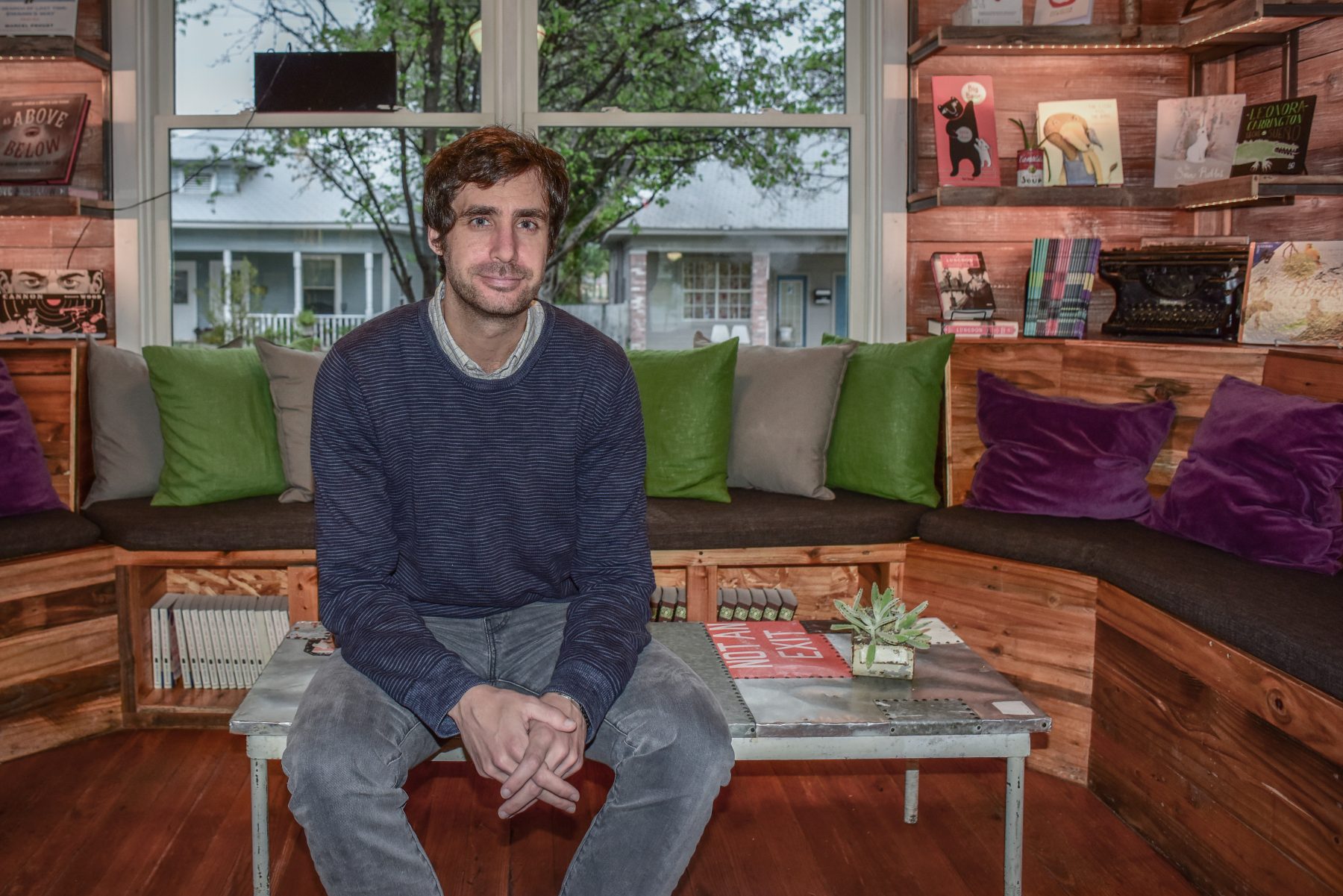 Where did the idea of gobookatrip.com come from?

García del Moral: We’ve done a few projects in the past with an advertising company named Dieste here in Dallas. Last year, in October, they came up with this idea of creating a travel agency with a bookstore. We liked the idea and actually launched in October of last year—same initiative, same website, same everything. It was fine, but back then we didn’t have the ability to sell online; this is something that we just started with the pandemic in partnership with bookshop.org, which is a platform that allows independent bookstores to sell on the internet. (Thirty percent of the sale goes directly to a specific bookstore, when selected by the customer, and then 10 percent of all sales are distributed evenly among all of the participating bookstores.)

With the pandemic, we discussed maybe launching the idea again. Then we came up with this whole scenario with writers that we were actually changing the bookstore business model into a travel agency just to make it a little more grotesque. Just to create a little perplexity, I would say. Bookstores are obviously struggling, but travel agencies are struggling even more. People were like, “What are you talking about?”

García del Moral: Even before we launched the website, the people here—the neighborhood and the community—have supported us. We are almost selling the same amount of books with the online shop as we were selling when the store was open. A little less, but still a good number of books. We also launched a membership program for our customers: You can join for six months or a year, and you get a 10% discount on everything that you buy for one year. These two initiatives have been our lifesavers over the last month and a half.

Is there a most popular destination?

Is there a favorite book of yours affiliated with Mexico City?

García del Moral: The Savage Detectives by Roberto Bolaño, since that novel gave us the name for the bookstore.

What do you hope readers get out of this kind of curatorial reading experience?

García del Moral: These types of initiatives are targeted to everyone. People who read and consume books on a regular basis, they really appreciate it because they can relate to the actual idea of traveling through reading. And they are probably curious about what titles we have selected for certain destinations because chances are they might have not heard of the books. On the other hand, the website aligns with one of the things that we’re trying to achieve with our shop: to seduce people who don’t particularly read or buy books into actually feeling intrigued or curious about certain titles. With the shop, the bar, the activities that we proposed, we had people walking through the door who would rarely enter a regular bookshop, and when they do enter our establishment, they might buy a book, and in some cases, they might read the book. To me, that is a major success.

During recent years, I think we’re seeing that books are being more and more relegated to certain elite people who feel that they are prepared for reading or consuming a certain kind of literature. This is the greatest tragedy that is happening to literature in general. Our bookstore was trying to bring back reading to everyone. You just need to find the books you like.

With the website, we want to expand the curiosity of people who might not be interested in books, and emphasize that the reading experience can sometimes be as intense as an actual adventure. We also want to expand the curiosity for the unknown. Nowadays, I think it’s very important to force yourself to do this, particularly with all of the communication being so accessible for everyone: It’s a hard time to not find what you’re looking for. With the map on gobookatrip.com and finding destinations that you wouldn’t have thought about going to, you’ll discover books that might open up a curiosity that might lead to something else.

Is there a particular book that you find yourself recommending during COVID-19?

García del Moral: I read a lot of books in Spanish. I just finished a book that is going to be translated into English by a local publishing company called Deep Vellum: Solenoide by Mircea Cărtărescu. It’s one of the most mental-tripping narratives that I’ve read in years. It’s amazing. I’ve been reading a lot of Latin American authors: a novel titled Los años invisibles by the Bolivian writer named Rodrigo Hasbún, El trabajo de los ojos by the Argentine writer Mercedes Halfon. And then, I’ve also read Normal People by Sally Rooney and The Age of Grief by Jane Smiley.

How has your role as a bookseller changed during COVID-19?

García del Moral: Nowadays, we’re all trying to reinvent ourselves. The past few weeks have been very challenging—how you can keep your business alive when your business is shut down to the public. What is coming up next is almost as challenging—all of the ordinances and safety recommendations, and how people will react to going out again. I think it’s going to be as challenging as these past few weeks. Today I was just thinking about how we might be able to reopen the bookstore. For example, details like opening the door present a whole new challenge—all of those things that we were taking for granted that have very little to do with books in general, but have a lot to do with our establishment. During the coming months, we’ll be in unknown territory. I think it’s important to take it day by day, and not get ahead of ourselves too much.