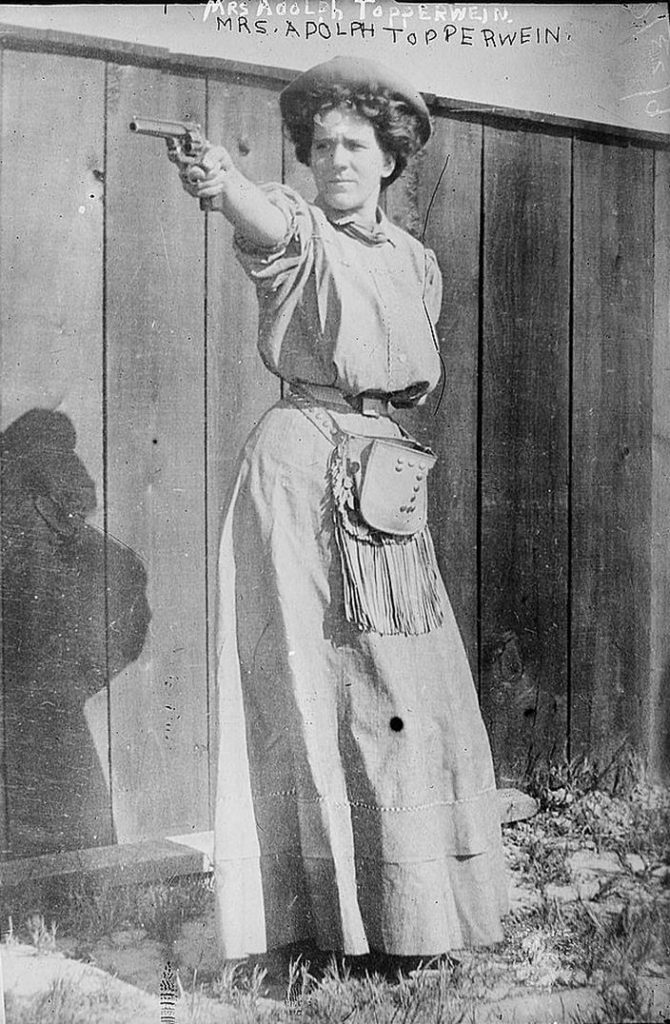 San Antonio’s Plinky Toepperwein was one of the greatest shooters of all time.

She was born Elizabeth Servaty in Connecticut in 1882 and married Adolph “Ad” Toepperwein in 1903. She met her future husband while he performed with a vaudeville circus shooting act. They were based in San Antonio for more than 40 years.

Adolph gave Plinky her first shooting lesson. Within three weeks, she was able to shoot 1-inch pieces of chalk from between his fingers.

The Toepperweins began touring together as a husband-and-wife act and performed at the St. Louis World Fair. They had a career that spanned more than 40 years.

Plinky earned the nickname “Plinky” after she shot a tin can once and shouted, “I plinked it!”

She broke numerous shooting records throughout her lifetime. She was the first U.S. female to qualify as a national marksman with a military rifle. She also was the first woman to break 100 straight targets while trapshooting.

Plinky hit 1,952 out of 2,000 targets in five hours and 20 minutes. The targets were 2″ x 2″ wooden blocks tossed into the air. Plinky hit them with a .22 caliber rifle. Can you imagine that? Later, she broke the world endurance trapshooting record.