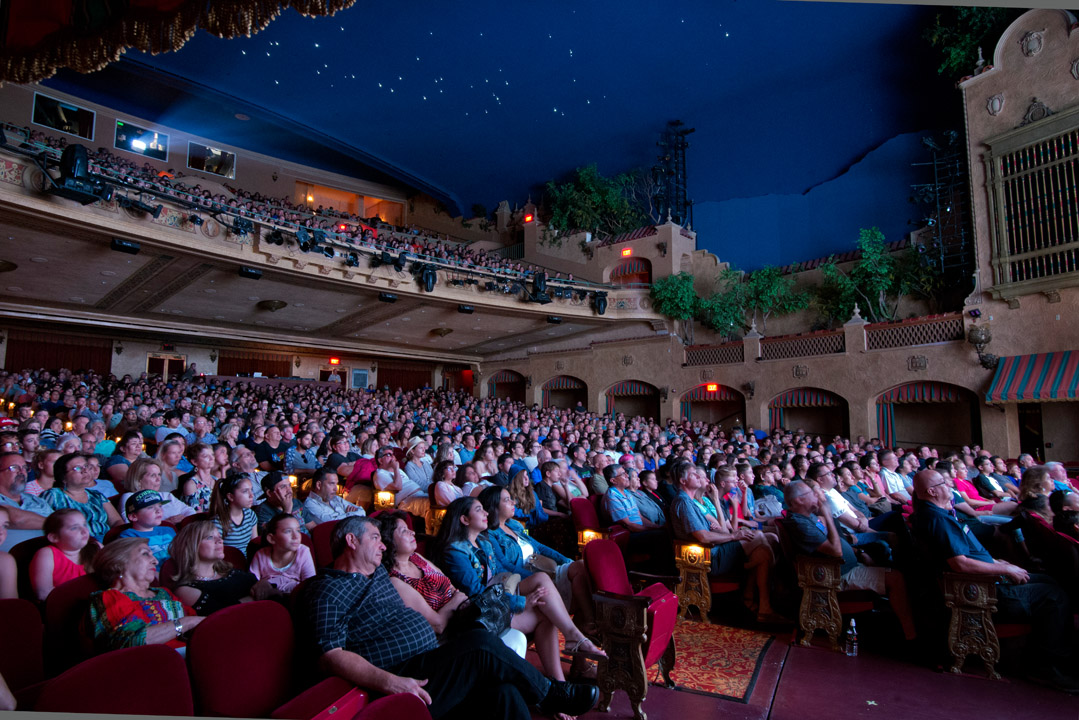 El Paso’s historic Plaza Theatre opens its doors in August for the 12thannual Plaza Classic Film Festival, a cinematic bonanza featuring favorites like Some Like it Hot, The Grapes of Wrath, and the 1954 version of A Star is Born.

Produced by the El Paso Community Foundation, the festival will welcome about 40,000 guests from Aug. 1-11 for more than 90 films, ranging from the classics to animated children’s movies and modern movies. Screenings take place at both the Plaza Theatre and outdoors at Mills Plaza parking garage and Oregon Street.

The City of El Paso and the Community Foundation restored the 1930 Spanish Colonial Revival-style Plaza Theatre to its former glory in 2008. The atmospheric ceiling lights mimic the colorful Southwestern sky so well you’d think you were watching a movie outdoors.

“You’re sitting in this whole movie palace from 1930s with the lights down, the stars over you’re head and then this huge image, it’s really just you and the movie,” says Doug Pullen, the foundation’s program director. 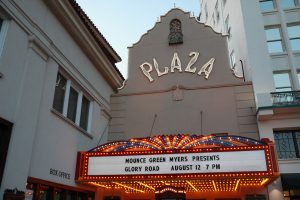 Screenings at the Plaza Theatre start with a performance by Walt Strony on the Mighty Wurlitzer Balaban II pipe organ. Pullen and others then visit with the audience about the featured films.

This years’ special guests include husband-and-wife Sam Elliott and Katharine Ross to present Butch Cassidy and the Sundance Kid; actress Kathleen Quinlan for Apollo 13; and a tribute showing of Clara’s Heart in honor of the late playwright-screenwriter Mark Medoff.

Themes of this year’s movie lineup include space exploration, movies from 1969, and over a dozen musicals including Top Hat, The Wizard of Oz, and Mary Poppins.

Many of the screenings and free, and most cost less than $10.