The 3 Best Places to See Poppies in Texas 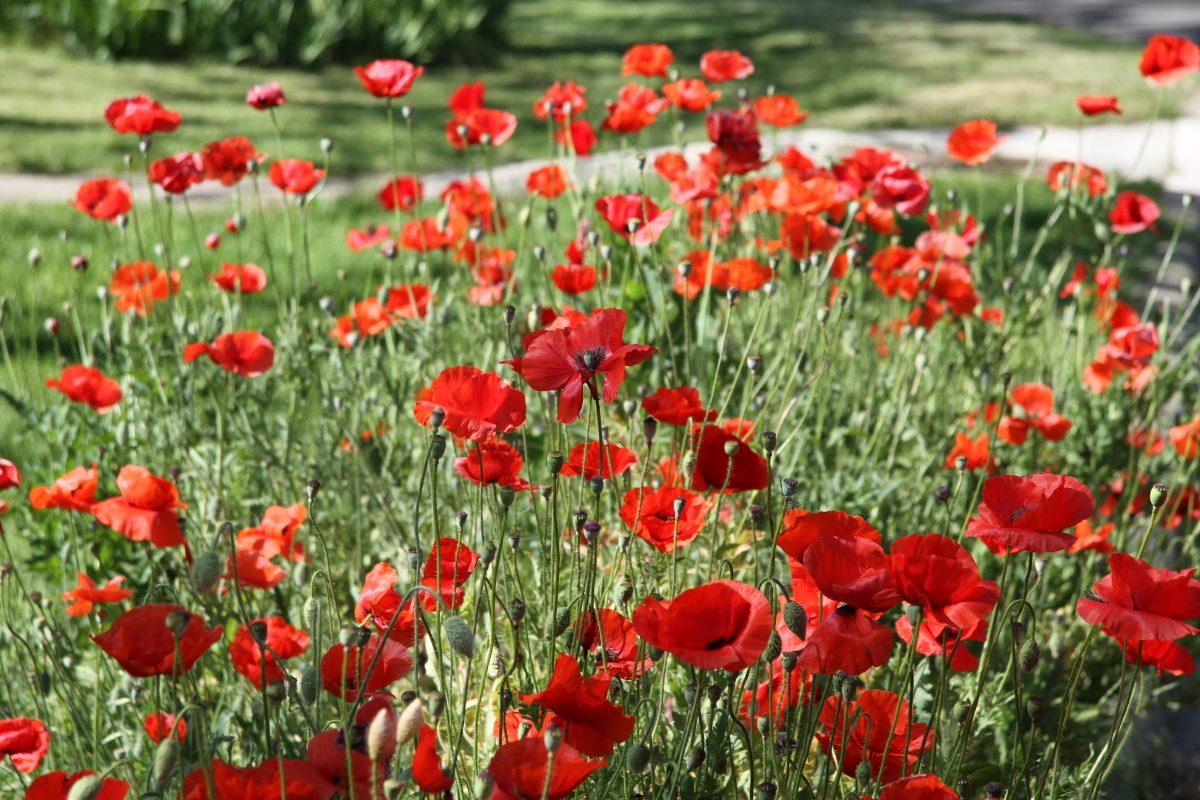 Springtime calls for road trips to see Texas’ native wildflowers—bluebonnets, firewheels, and pink evening primroses, just to name a few. But other flowers bloom this time of year, too, and they’re celebrated in festive fashion in El Paso, Castroville, and Georgetown.

You can see them all in their full glory at these three festivals around the state.

Growing naturally across the Castner Range of the Franklin Mountains, the poppies dot the desert landscape between March and April with stunning shades of yellow and gold.

Colder weather delayed this year’s bloom, but a representative from the El Paso Museum of Archaeology, where the event is held, expects a bounty in time for the festival.

The event is Saturday, March 21, from 10 a.m. to 4 p.m. at the museum, with parking and shuttles available at El Paso Community College.

Poppies grow plentifully in the yards of historic homes in the Little Alsace of Texas. The annual poppy takeover is celebrated with a yearly poster contest and display, a Poppy 5K Run, and other events.

But the annual bloom is best viewed up close at the Castroville Poppy House, located at 606 Florence Street.

Inspired by their neighbors’ poppy patches, Lloyd Ross and Sally Coyle tossed seeds onto the bare ground of their one-and-a-half-acre property to keep the dust down.

A decade later, red corn poppies grow so well around their home that Ross clears a few paths so visitors can wander through the garden and take photos. If you go, keep an eye out for a few mutations—white, purple, and black poppies, and flowers that have so many petals they look like roses.

The poppies reach their peak between mid-March and mid-April. For hours, bloom quality, and entry fees, check the Facebook page, which is updated regularly.

The red corn poppies that populate the city of Georgetown in the Hill Country are said to come from seeds that a soldier brought home from Europe after World War I.

The first poppies were planted by the soldier’s mother. They reseeded themselves and soon spread throughout town. Following an intentional reseeding by residents starting in 1990, the Texas Legislature crowned Georgetown the “Red Poppy Capital of Texas.”

The poppies, now cultivated and grown throughout the Historic Old Town area, typically bloom from mid-March to mid-April, and herald the start of the annual Red Poppy Festival. “It’s a great way for us to showcase how beautiful our city is,” says Cari Miller, a city staffer who helps organize the event.

Now in its 21st year, the celebration is a three-day event that attracts tens of thousands from across the state and features free live concerts, arts and crafts, a car show, and a parade.