In Castroville, This Antique Gas Station Has Transformed into a Happening Cafe 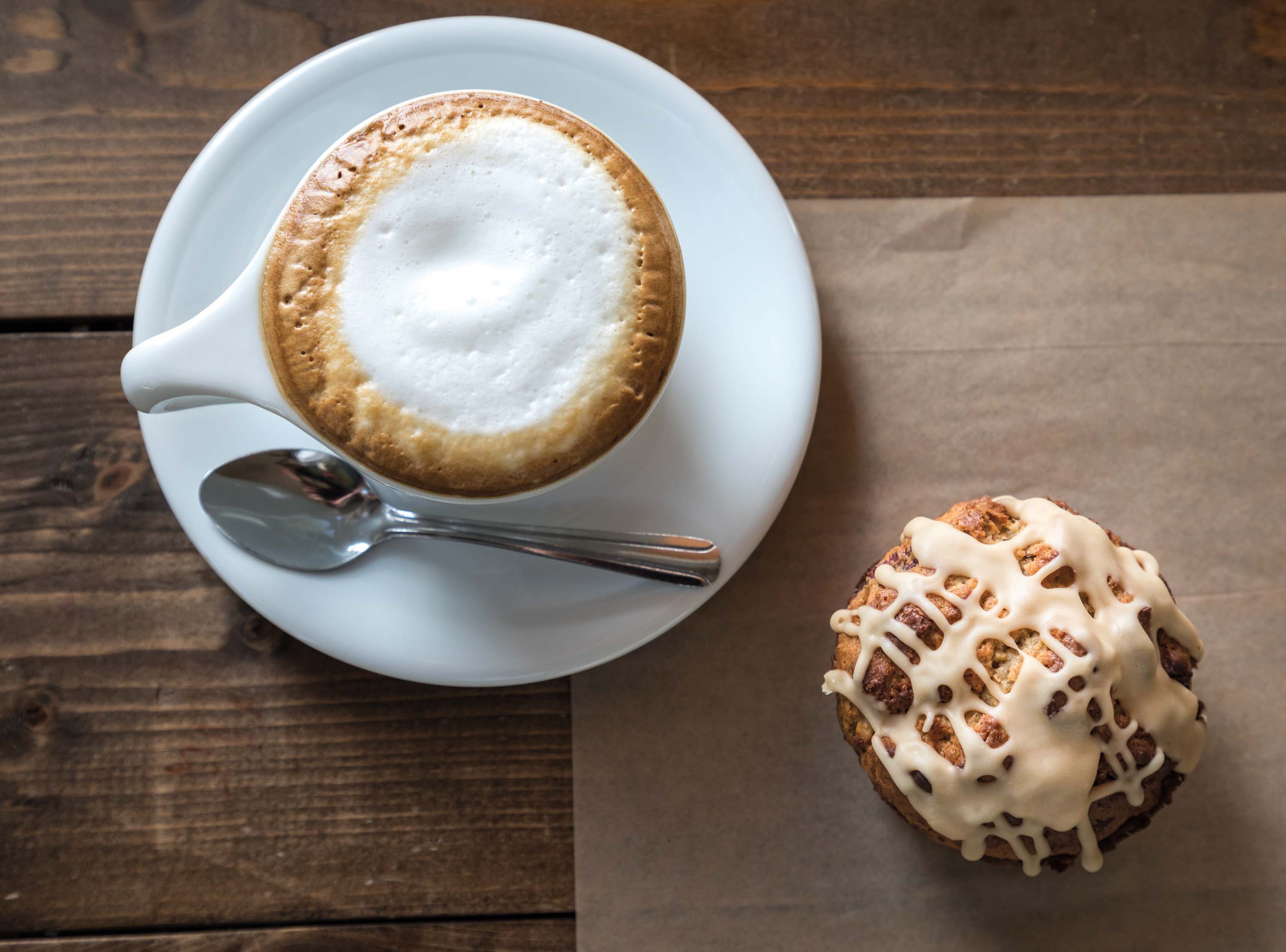 Even before US 90 linked the remote farming towns west of San Antonio in the 1960s, travelers could count on finding a place to rest and refuel in Castroville.

Magnolia Filling Station opened on the corner of Fiorella and Lafayette streets in the 1920s, after automobiles displaced horse-drawn carts. In the years since, the station has supplied everything from new tires to bus tickets in “the little Alsace of Texas.”

French diplomat Henri Castro founded Castroville in 1844. (Castroville celebrated its 175th birthday in September.) Settlers from the Alsace region of northeastern France built the town, which mimics a charming European village in a Texas landscape. Visitors take walking tours of the historic homes—especially in spring when the poppies are blooming—and go antiquing, fishing, or floating on the Medina River. But not before filling up on coffee and sandwiches.

The Filling Station’s original red fuel pump, a remnant of the building’s historical use, stands sentry at the entrance to the shop. Beneath the portico, old wooden doors open onto a cozy seating area with the work of local artists adorning the walls. At the counter, a full menu offers teas and coffee drinks made with beans from San Antonio roaster What’s Brewing? There are also made-to-order sandwiches, bagels, gelato, and a variety of pastries, cookies, and other treats like lemon shortbread with blueberry buttercream.

When Shelly Mackie stopped in for a coffee in 2015, on a road trip with her husband and son, she had a special feeling about the café and the town.

“We came for the weekend and never left,” says Mackie, who was then living in San Antonio. “I told my husband, Jerry, he would have to drag me out of here.” Mackie often recommended the coffee shop—then known as Octane Coffee and Tea House—to visitors of the local RV resort where she worked.

Then she got word the shop owners were moving on. “I came straight here on my lunch break,” Mackie says. She hoped to keep it open for the sake of the town—and saw it as an opportunity to put down roots.

Within two months, Mackie had enrolled in Texas Coffee School. She got to know baristas in the region and, despite having no previous small-business experience, acquired the keys to the old filling station in December 2017. 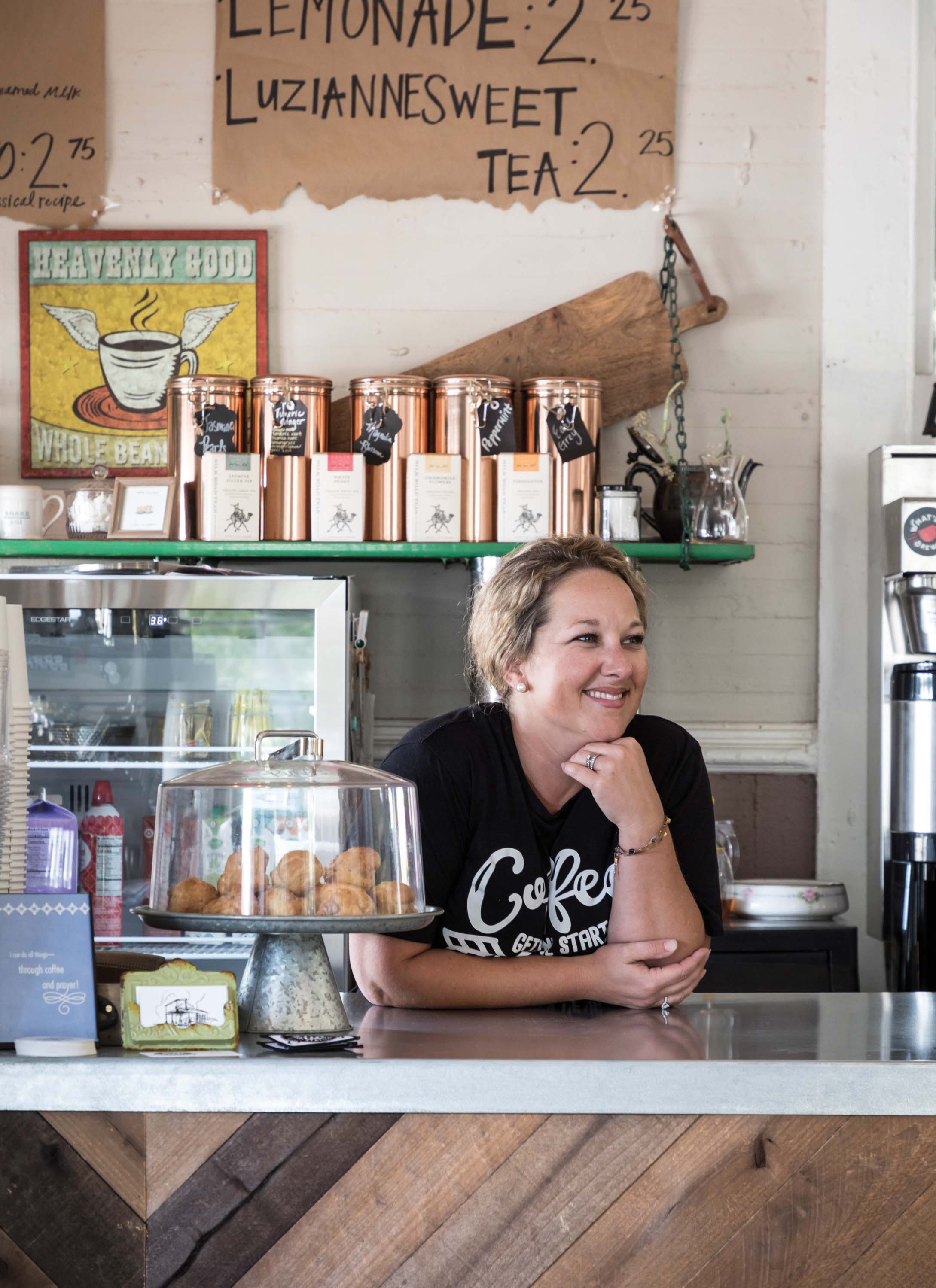 In the first weeks, Shelly and Jerry worked late into the evenings painting, constructing a counter, choosing furnishings, and renovating the kitchen. She hired a few people and opened the doors two months later.

Mackie aspired to not only fill cups with good coffee but also to build fulfilling relationships with her customers “by listening to them and to their stories.” And she wanted to respect the legacy of the property, which Castro once owned.

She aspired not only to fill cups with good coffee, but also to build fulfilling relationships with her customers.

“I knew I had to bring it back as the Filling Station,” Mackie says. Locals often stop in to tell her stories of the building’s rich past, showing up with faded photos of the place in its early days.

Some vestiges of those bygone days remain, such as the orange paint on the front door trim, a color that once coated the entire interior. They serve as mementos of the building’s past enterprises: The Old Highway Filling Station, Painter Bus Line stop, beauty shop, antiques store, and café. The same goes for the vintage fuel pump and the stone-walled basement, which is said to have stored liquor during Prohibition.

It’s the building’s resilience and legacy as a community centerpiece that keep regulars and sightseers coming back. “I like to say it’s a business for people,” Mackie says. “But the coffee’s good, too.”