In the Absence of Crowds, Wild Animals Wander Into Normally Human-Heavy Territory at Parks 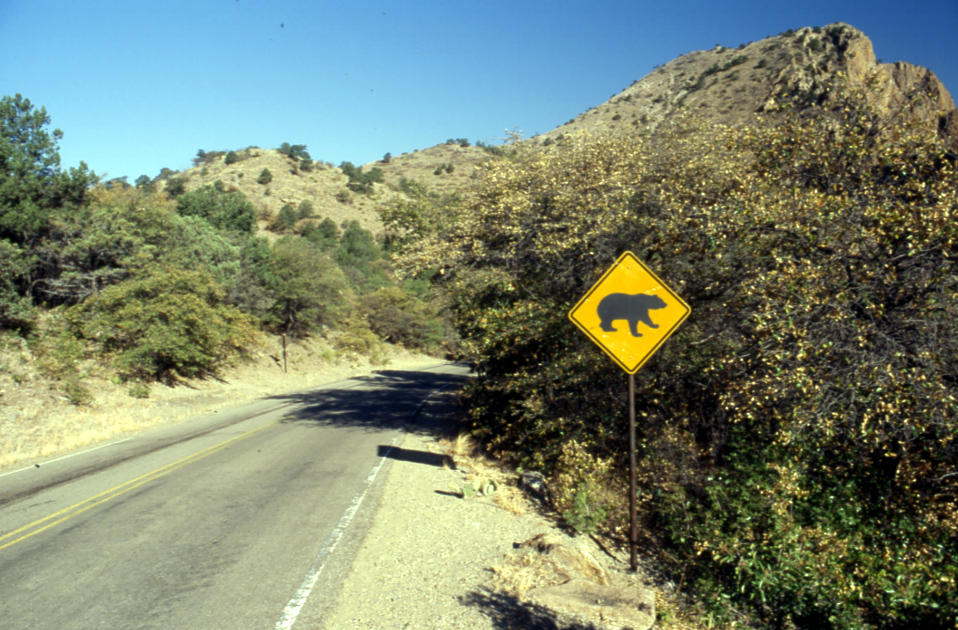 In June, the Chisos Mountain Lodge at Big Bend National Park posted a video clip showing a pair of black bear cubs wrestling on a patio as their mother watched.

The video, in which fuzzy creatures scrap and roll across the patio outside the park restaurant, racked up millions of views and more than 26,000 likes on Facebook. It also spurred some to point out how animals are returning to areas normally inhabited by humans during temporary park closures due to the Covid-19 pandemic.

At Big Bend, officials say the bear family probably showed up because rangers eased up on “hazing”—discouraging wild animals from interacting with humans—during the park’s closure in April and May. Rangers haze wild animals to ensure they don’t access garbage or get habituated to humans, and they want to keep it that way.

“When bears do wander into those developed areas around visitors’ centers, we haze them with noisemakers to scare them off and keep them out of the area,” said interpretive ranger Adam Prato.

Staffers quit using the noisemakers during the closure “partly because there weren’t any people to worry about,” Prato said.

The park, which reopened for day use on June 1, then closed again July 2 after a resident tested positive for COVID-19, has resumed its policy of shooing away wildlife that wander too close to developed areas, for the safety of the bears and park visitors, Prato said.

On the other side of the state, officials at the Sea Turtle Science and Recovery facility at Padre Island National Seashore said the pandemic has had a different effect on wildlife there. Every summer, hundreds of endangered Kemp’s Ridley sea turtles come ashore along the park’s 70 miles of coastline to lay nests. The beach has seen high visitation during the pandemic, as people look for places to spread out and enjoy nature. The turtles laid their nests farther south, toward Matagorda Cut, to avoid those busier stretches of beach.

“We tended to see the nesting shift a little toward where the people weren’t gathering,” said Donna Shaver, chief of the seashore’s Sea Turtle Science and Recovery program for the last 40 years. “They seek out more uninhabited areas, and it was a little more striking this year.”

Except for holiday weekends, the beach has remained open for nearly all of the turtles’ nesting season, which runs April through mid-July. Officials have recorded 262 nests along the Texas coast this year, second only to 2017, when 353 nests were counted.

As for urban areas, biologists for Texas Parks and Wildlife say all those wildlife photos you’re seeing on social media are probably more about people working from home and noticing nature than wildlife reclaiming areas once crowded with humans.

“Spring brings an increase in animal movements, and that’s happening again this year, just under a different set of circumstances that make it easy to attribute cause and effect, albeit incorrectly,” said Kelly Conrad Simon, and urban wildlife biologist for Texas Parks and Wildlife Department in Central Texas.