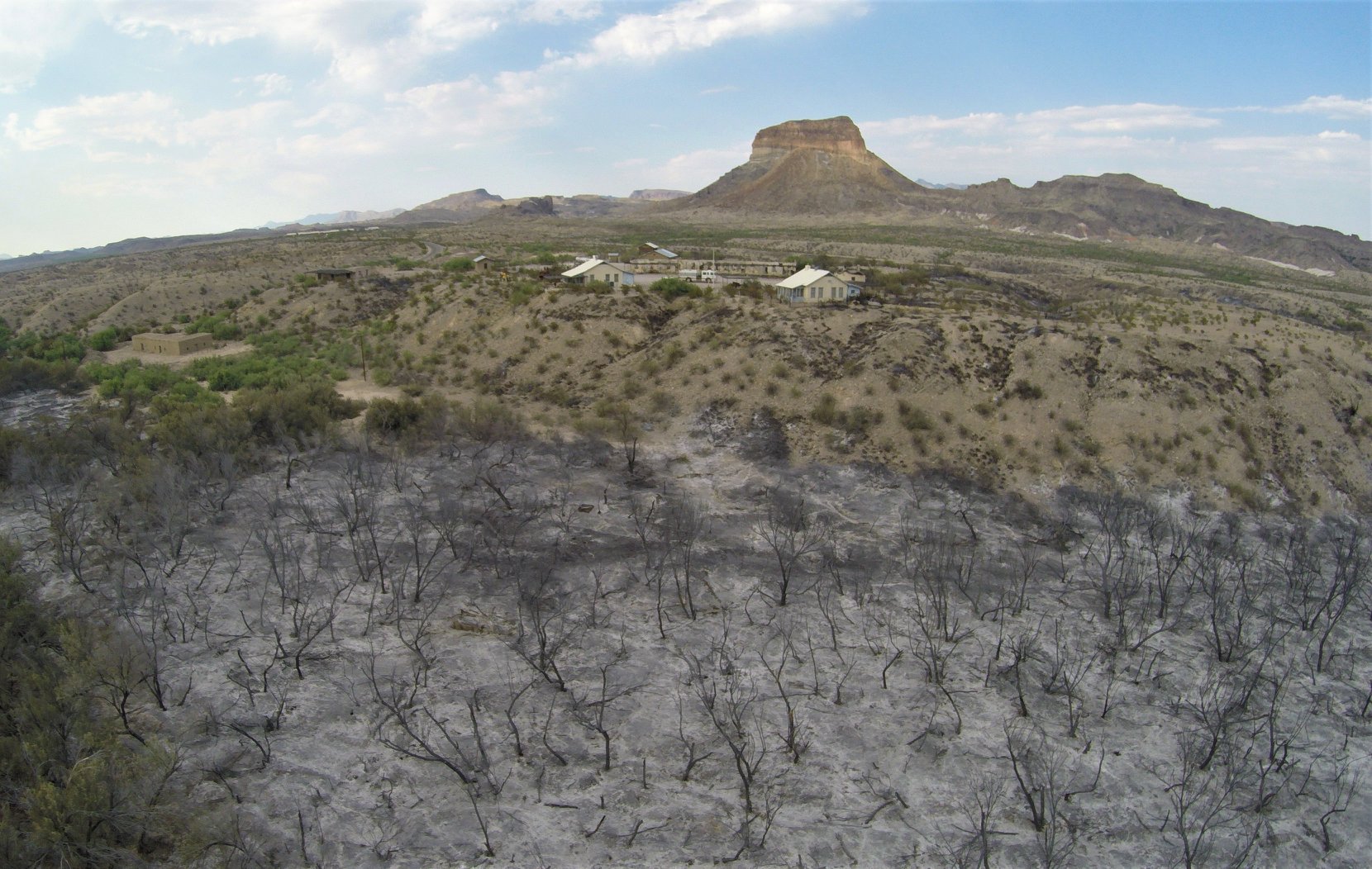 The Castolon Fire had burned more than 1,200 acres but was 90 percent contained as of Tuesday, according to Big Bend National Park. The fire started last Tuesday in Mexico, and on Wednesday, when temperatures were over 100 degrees, heavy winds blew burning embers into the national park and torched the historic Army barracks that housed the camp store, visitor center, and bookstore. The fire also burned the restroom building next door.

“The Los Diablos fire crew remains in the park, working to put out the last of the hot spots within the perimeter,” the park said Tuesday in a Facebook post. 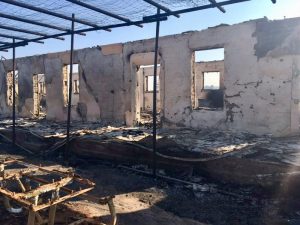 The Big Bend Conservancy, the friends group that raises funds for the national park, this week announced the Castolon Recovery Fund in an effort to coordinate recovery fundraising. With bathrooms, a store, and air conditioning, Castolon was an important point for visitor services, said Courtney Lyons-Garcia, executive director of the conservancy.

“It’s still too early to know the full extent of the damage,” she said. “They’ll get in there and do a damage assessment. But there will have to be something done there. We don’t know what it will be, but any donations will go toward the return of visitor services when we determine what those will be.”

Park officials urged visitors to stay out of burned areas, where stumps and roots can smolder for days, and charred root pockets can collapse under weight.

“The park is working towards reopening the Castolon Historic District and surrounding areas for visitors, but this will take time. We will need to ensure that the area around the two damaged structures are appropriately fenced for safety reasons,” the park said in its Facebook post. “While we are working on this we thank you for your continued patience. Over the upcoming weeks and months we will be assessing our options for how to move forward following this incident.”