With So Many New Barbecue Joints in Texas, Has Lockhart Lost its Luster?

Even if it's not on Texas Monthly's latest list of top BBQ joints, Lockhart is still the Barbecue Capital of Texas 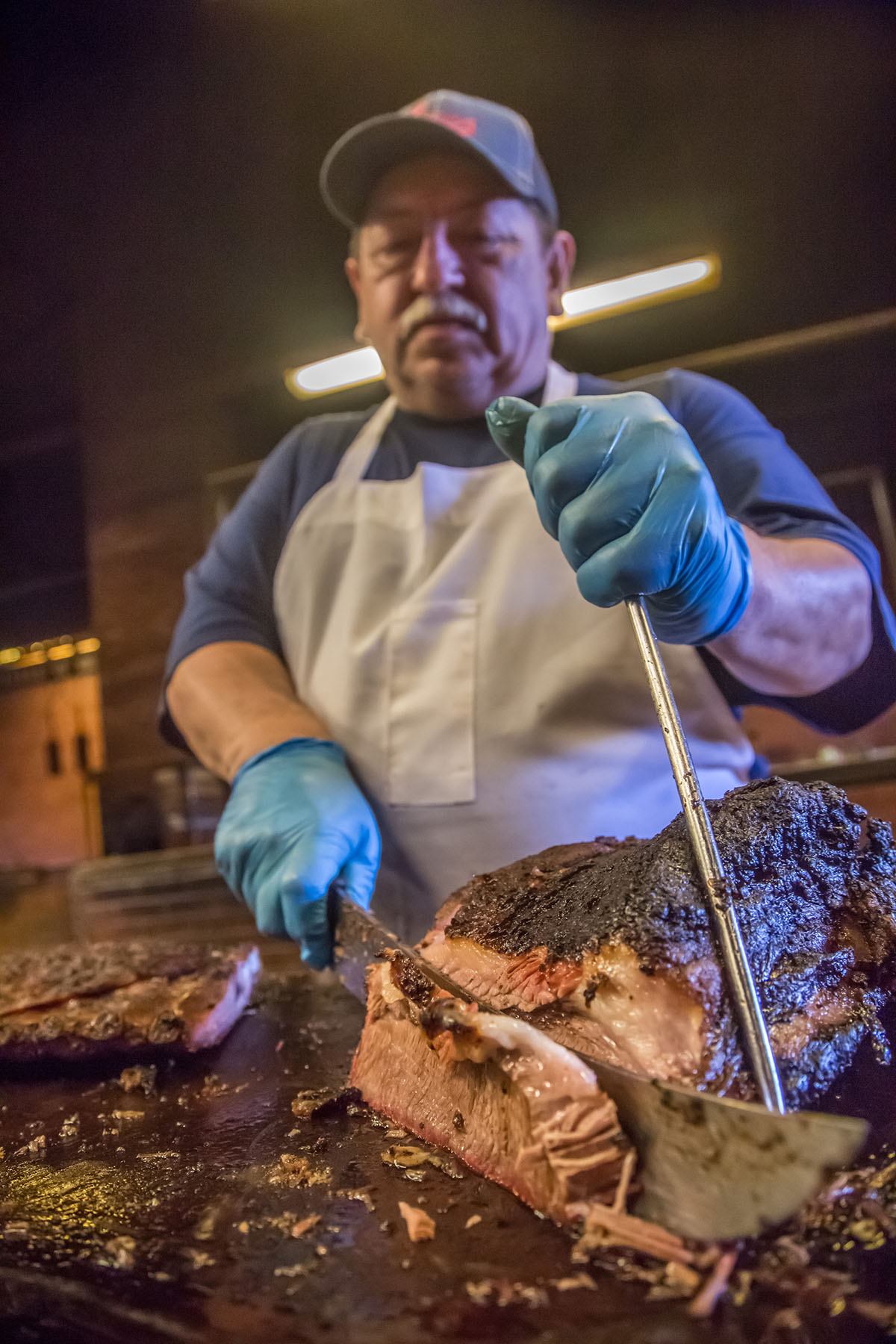 Slicing brisket at Kreuz Market in Lockhart. Photo by Will van Overbeek.

Every year, various publications unveil a list of the best barbecue spots in Texas, and every year, these selfsame publications seem compelled to make the list more and more interesting. I am always wary of anybody who calls upon food to be interesting, and this is especially the case when it comes to barbecue. It’s frustrating when an otherwise straightforward meal features froufrou embellishments that seem to suggest “all hat and no cattle.”

The city of Lockhart, situated just 30 minutes away from Austin down US 183, is the “Barbecue Capital of Texas.” Every member of my household supports this designation, along with most people I know who have good taste. And if that’s not good enough for you, in 1999 the Texas House of Representatives passed a resolution proclaiming Lockhart to be the Barbecue Capital of Texas, which was then adopted by the Texas Senate in 2003. That’s some high praise coming down from our state government.

And so, it was with great consternation that I could not find a single barbecue spot in Lockhart listed in Texas Monthly’s October list of “The 50 Best BBQ Joints.” The magazine’s first iteration of this list was in 1973; it had 20 joints and Lockhart and Taylor were in the running for the best place in the state to get barbecue. I recognize that many of the new generation of pitmasters may have a magic touch, and indeed no one can deny Texas is a big state with plenty of top-tier joints to choose from. Still, even though Texas Monthly acknowledges the conspicuous absence of Lockhart establishments from this venerated list (except for an Honorable Mention to Kreuz Market), leaving one out of the Top 50 was enough to burn my brisket.

The “Big Four” barbecue joints in Lockhart consist of Kreuz Market, Black’s Barbecue, Smitty’s Market (this reporter’s personal favorite), and Chisholm Trail B.B.Q. A newcomer, Riley’s Pit BBQ, has also now entered the pantheon, setting up shop just across the street from Chisholm Trail. All five establishments serve their own extraction of amazing barbecue, so… what’s the deal? Is Lockhart losing its edge, or perhaps even more scandalous, losing its appellation as the place to go for the best brisket, ribs, and sausage in the Lone Star State?

“Absolutely not,” contends Kim Clifton, director of operations for the Lockhart Chamber of Commerce. “We take great pride in being the Barbecue Capital of Texas, and I think one thing you’ll notice [about these “Best” lists] is they all feature a lot of really new places. Lockhart has a well-established history, and that’s one of the reasons we’re not represented more prominently.”

It’s hard to disagree with this, as it is precisely Lockhart’s “well-established history” that spurs people from across the state to make pilgrimages to the charming small town. And besides that, when was the last time you planned a barbecue odyssey to Dallas?

Look, I recognize that there is no arguing taste. However, I hasten to remind everyone that whether you follow the latest culinary trends and “Best Barbecue” lists, or base your allegiances on the bedrock of Texas barbecue in Lockhart, one thing is and will always be certain: Lockhart is the Barbecue Capital of Texas. If you don’t like it, you can take it up with the Texas Legislature, because it’s not just me, it’s the law.