Inspired by the book A Journey Around My Room, a chronically ambivalent single person embarks on a different form of travel in East Dallas. 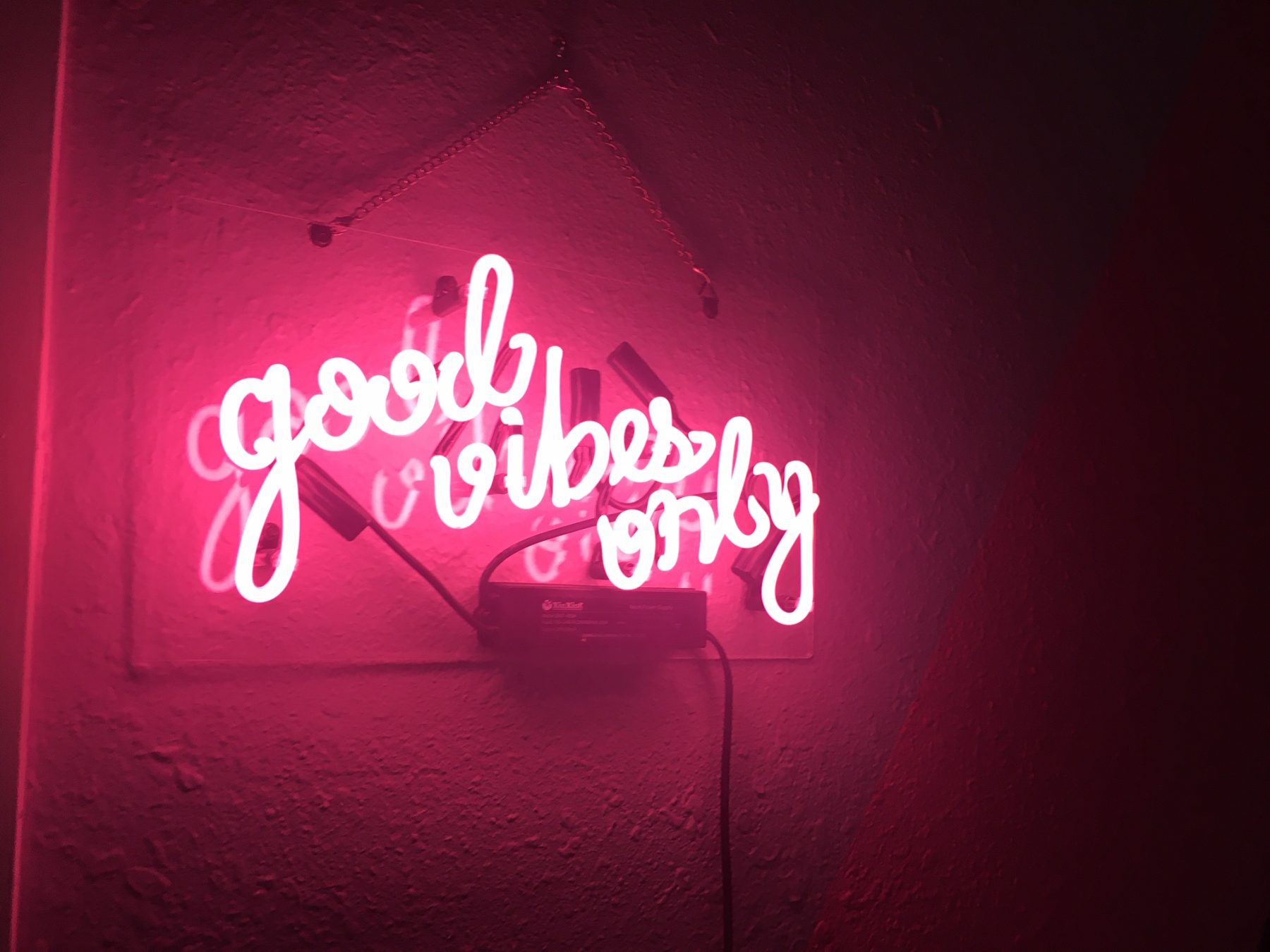 Basking in the glow of “millennial pink.”

In 1790, a young French army officer wrote a book about the trip of a lifetime. “I have just completed a forty-two-day voyage around my room,” begins a memoir by Count Xavier de Maistre, published with the rather on-the-nose title A Journey Around My Room. He’d been placed under house arrest after a duel with a Piedmontese officer (long story), and the book is a playful send-up of the sumptuous travelogues that marked the Age of Exploration. Magellan and Drake circumnavigated the globe. De Maistre? He traveled to his bed.

“Love’s throne,” he called his nightly haven, noting its pink and white sheets were the colors of a sunset. His account is romantic and philosophical. “A bed witnesses our conception and it witnesses our death,” he writes, sounding a bit like the Anthony Bourdain of the quarantine era.

I learned about de Maistre years ago, in Alain de Botton’s superb The Art of Travel, probably the best book about travel I’ve read. I grew up landlocked in Texas, intimidated by foreign lands and scared to fly. By my mid-20s, though, I’d summoned the courage to push out from my home state, first to South America and then on a road trip around the country, where I discovered the satisfying electric blue skies and intellectual pleasures of a life lived in motion. But de Maistre’s “traveling in place” story stuck with me. It suggested travel was less an act than an attitude. “The perceptions of the mind, the sensations of the heart, the very memories of the senses are inexhaustible sources of pleasure and happiness for man,” de Maistre writes. Compare that to a quote de Botton included in The Art of Travel, from the French mathematician and philosopher Blaise Pascal: “The sole cause of man’s unhappiness is that he does not know how to stay quietly in his room.”

Like the rest of the globe, I’ve spent the past two months more or less confined to my house. Perhaps unlike much of the globe, I was accustomed to this. As a freelance writer and chronically ambivalent single person, I spend way too much time alone in my home. The way I complain, you’d think I’d been under house arrest, but the only duel I was waging was with my own motivation. I talked about getting out more. I dreamed of wildflowers, hiking trails, grassy meadows. And then the pandemic hit, and I could not. How dare they!

I was confined to roam the corridors I’d been largely unable to leave for eight years. Thank God for my cat, a regal romantic hero named Wallace. Cats are masters of quarantine, though I shudder to think how their books would read. A little less waxing poetic about the bed sheets, a little more “stop smothering me and get a boyfriend already.” 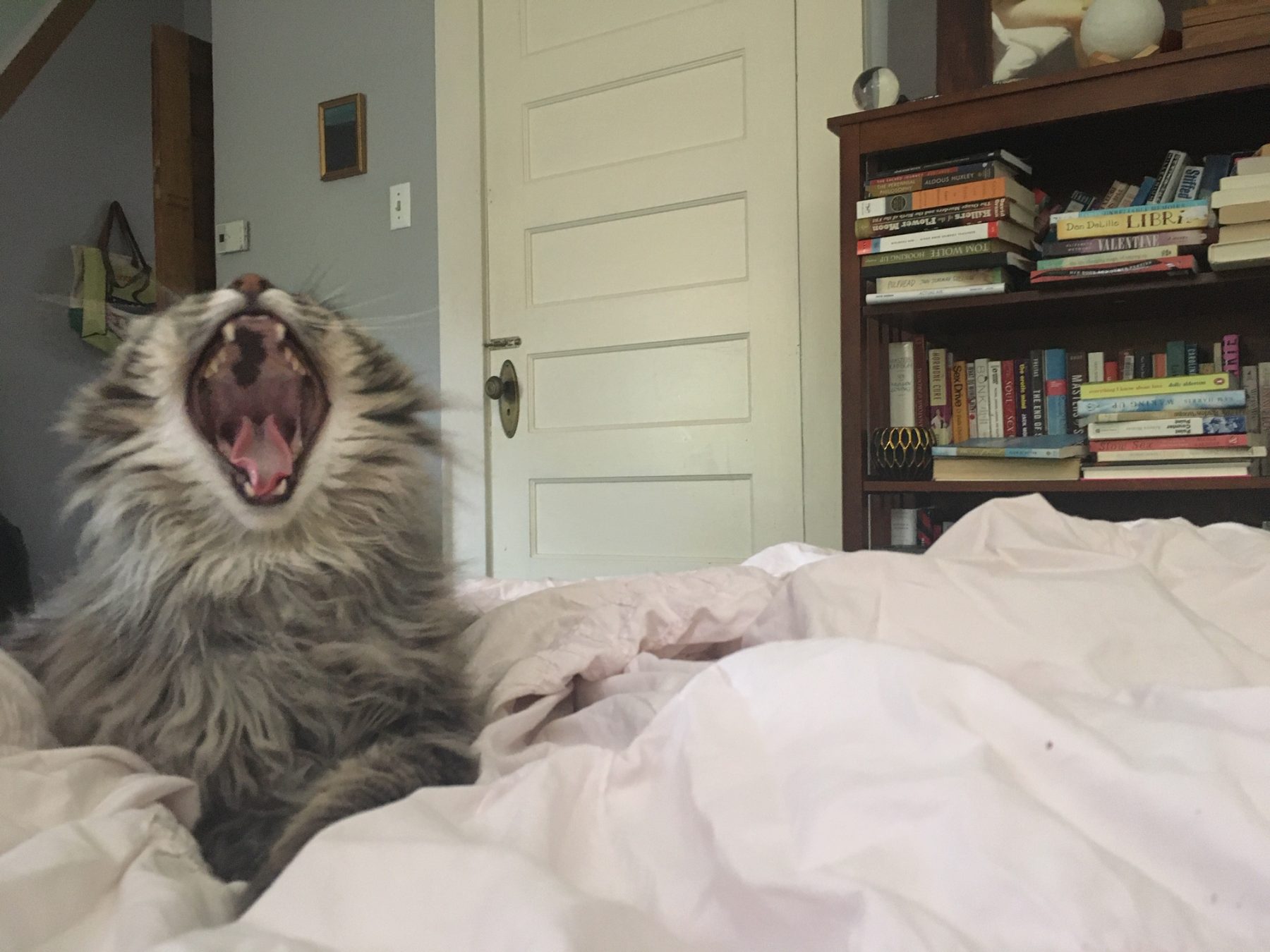 Every day is quarantine for Wallace the cat.

Inspired by de Maistre, I decided to voyage around my room. I noticed the sounds as I lay in bed: the birdsong drifting through the window; the scrabble of a squirrel on the roof, which sounded quite Disney-esque but would probably leave a hole to be patched. I live in a leafy section of East Dallas in a charming, crooked, two-story thing that some people call a carriage house and others call a backhouse. What we must all agree on is that I have no address, which is very confusing for Uber Eats.

The front house was built in the early 20th century—deep roots for Dallas, a city of constant renovation, whose Paleolithic strip malls date all the way back to 1980. The carriage house shows its age. For at least a year (maybe five?), a splotch of black has been growing on the ceiling. You could call it a Rorschach, though I believe the term is “black mold.” I Googled this once, and like so many afflictions researched on the internet, I found that black mold would lead to one of two fates: nothing or death. But I pay little in rent, so I’m taking my chances. At night, I can stare into the tiny plumes of black and find shapes and pictures, like clouds in the popcorn ceiling of my sky. A poodle. A bull. An assault of seasonal allergies.

Rising from my bed, I move north. I have no internal sense of direction, so I think everything in front of me is north. I’m the poster child for GPS. Anyway, I move north to my closet, a claustrophobic room cluttered with spiky heels and clothes for … what are these clothes for? Dresses, sparkles, ruffles. Is someone going to prom? And what 45-year-old will be wearing this shiny vinyl miniskirt? Can I have a word with her? Barbarella go-go boots: Nice try, lady. This short excursion has suggested I might spend some time with Marie Kondo, queen of the consumer-products-as-wish-fulfillment era.

I turn around and move north toward the bookcase, filled with novels I keep meaning to read. I figure if the books get closer to my bed, I will be forced to open them, but mostly what happens is the books become invisible, like furniture I have to step around, and then I just buy other books on my Kindle. Turning left, I move north to the gray wall, where I flick on the pink neon sign that reads good vibes only. I must admit I’ve not always heeded the sign’s mandate during quarantine. Bad vibes have snuck in from time to time.

I sense such melancholy coursing in de Maistre, too: He often drifts from contemplating the furniture to experiencing reverie about some beautiful lass. It’s hard to be this alone. Couples have their own challenges, but solitude is its own fraught marriage. Still, there are moments at night when I have enjoyed turning off the lights and basking in the glow of the sign, whose color I recently learned is “millennial pink.” I’ve long been self-conscious about my love of pink—so girlish and cliched. It was not until I read de Maistre’s riff on pink sheets and sunsets that it occurred to me my neon sign was simulating nature’s end-of-day marvel inside my four walls.

My room contains other items: a flat-screen TV; a Martin guitar, slightly dusty; a nightstand piled with more books. (Who was going to read all these books?) But I’d grown tired from my journey. The day had passed without my even noticing. Such a smear of time often overcame de Maistre as well. “The hours slide over you and fall silently into eternity,” he writes. The takeaway from my adventure, of course, is that a trip is what you make of it. Quarantine is what you make of it. A journey is a thing we take over a weekend, and also a lifetime.

A Journey Around My Room was such a hit that de Maistre wrote another book. It’s called A Nocturnal Expedition Around My Room. Why not? Everyone loved the daytime version! De Maistre wrote the sequel in spite of the advice of his older brother, who had warned him, “Part II is always bad.”

And yet, we must keep traveling. Part two, part three, as many lousy parts as it takes. I snuggled up in my sheets, which were pink and white, just as our protagonist had recommended. “Pink and white are two colors given to pleasure and happiness,” de Maistre writes. Hearing a military man praise a soft pastel reminded me that pink was once a masculine color, uncorrupted by gender associations and the toy aisle at Super Target. I got curious to know when that changed, and I reached for the laptop that has been my globe to wander all this time. Here I departed from my poor 18th-century compatriot, who never knew the exhilaration of Netflix, the mixed bargain of Zoom, the glory of cute-animal videos. I typed in my query about the color pink, and in .57 seconds, the bards of Wikipedia had implicated first lady Mamie Eisenhower:

“Mamie’s strong liking of pink led to the public association with pink being a color that ‘ladylike women wear.’”

So there. Smarter and wiser for my journey, I closed the clamshell of my laptop and pulled the pink sunset of the cotton sheets up to my neck again. Wallace the cat curled at the foot of my bed, same as ever. I wondered what he was thinking. Probably something like, “Wait till you read my book.”