The renovated Stagecoach Inn and new Barrow Brewing Co. are some of Chet’s picks in this Central Texas village 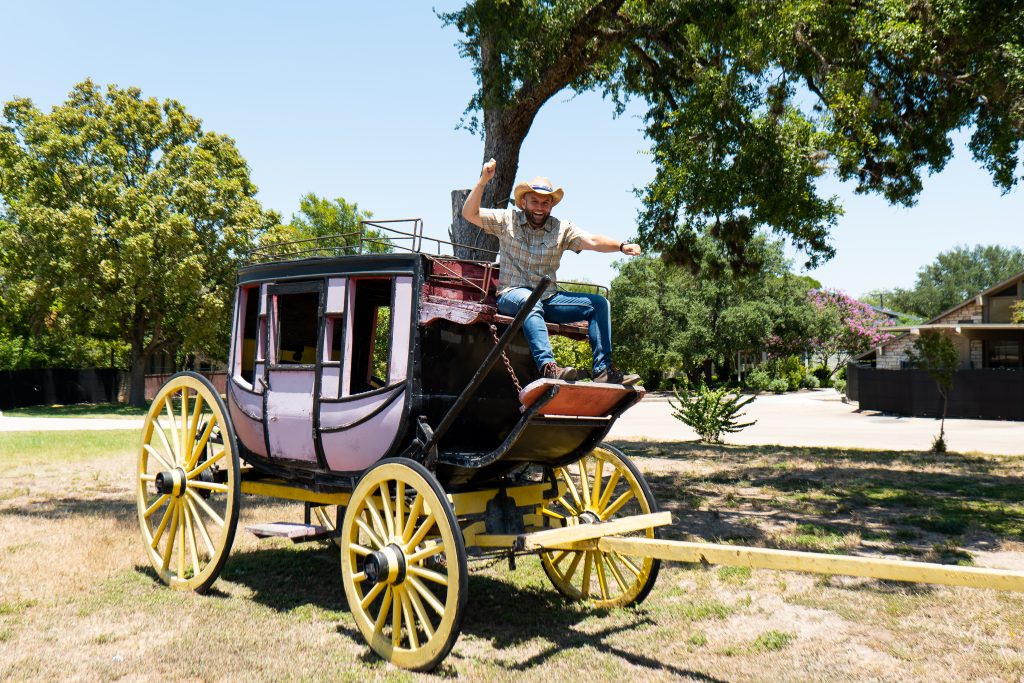 If you’re just driving by on Interstate 35, you might blink and miss Salado. But this is not a town you want to skip past. It’s a historic village full of artists with creativity on grand display.

This historic inn has been Salado’s main attraction since it was built in 1861 along the old Chisholm Trail. Famous guests have included Sam Houston, Charles Goodnight, and, allegedly, Jesse James. For over a century, it’s been a place to rest and fill your belly with a delicious meal. And after being renovated in 2018, its offerings are better than ever. It’s hard to beat a dinner starting with the Stagecoach Inn’s famous hushpuppies and ending with the timeless Strawberry Kiss, a dessert made of ice cream, strawberry sauce, and pink baked meringue.

Find Texan craftspeople making incredible creations on this dirt road just off Main Street. At one end sits Ro Shaw Clay Studio and Gallery, where you’ll find Shaw himself crafting and painting amazing pottery. Step inside, and he’ll give you a quick lesson on how he’s keeping Old World techniques alive. Next door, Salado Glassworks owner Gail Allard turns sand into exquisite glass artwork. Some pieces are functional, like vases and cups, while others are simply there to make you say, “How did he do that?” Sit back and watch the team put on a fiery display of art in action.

If you want to know more about how this artistic village was founded by Scotsmen, this is the place. The largest artifact on display is the crumbling campus of Salado College. It hasn’t held class since 1885, but its towering walls can still teach visitors about frontier education. It was the first coed college in Texas and the alma mater of Ma Ferguson, the first female governor of Texas.

Whether or not it’s warm enough to swim, Salado Creek offers a picturesque escape in the middle of town. A local legend holds that it flows with the tears of a woman named Sirena who was tricked by a magical catfish and forced to spend eternity as a mermaid. In Pace Park, you’ll find a bronze statue of the mermaid and the conniving fish, here to warn visitors to never, ever trust a catfish. In my opinion, this beautiful spring-fed creek wouldn’t be a bad place to be stuck for all eternity.

In 2015, the folks of Salado decided they needed a place to kick back after a long day, so Barrow Brewing was born. The brewery and taproom sit inside an old granary just a stone’s throw from the creek. Their staple beers like “Evil Catfish” IPA and “Big Bubbly Blonde” pay homage to the town’s lore and scenery and really hit the spot after a long day of exploring. And if that isn’t enough to lure you in, the wood-fired slices from the Happy Pizza Co. food truck should certainly have you tripping here in no time.