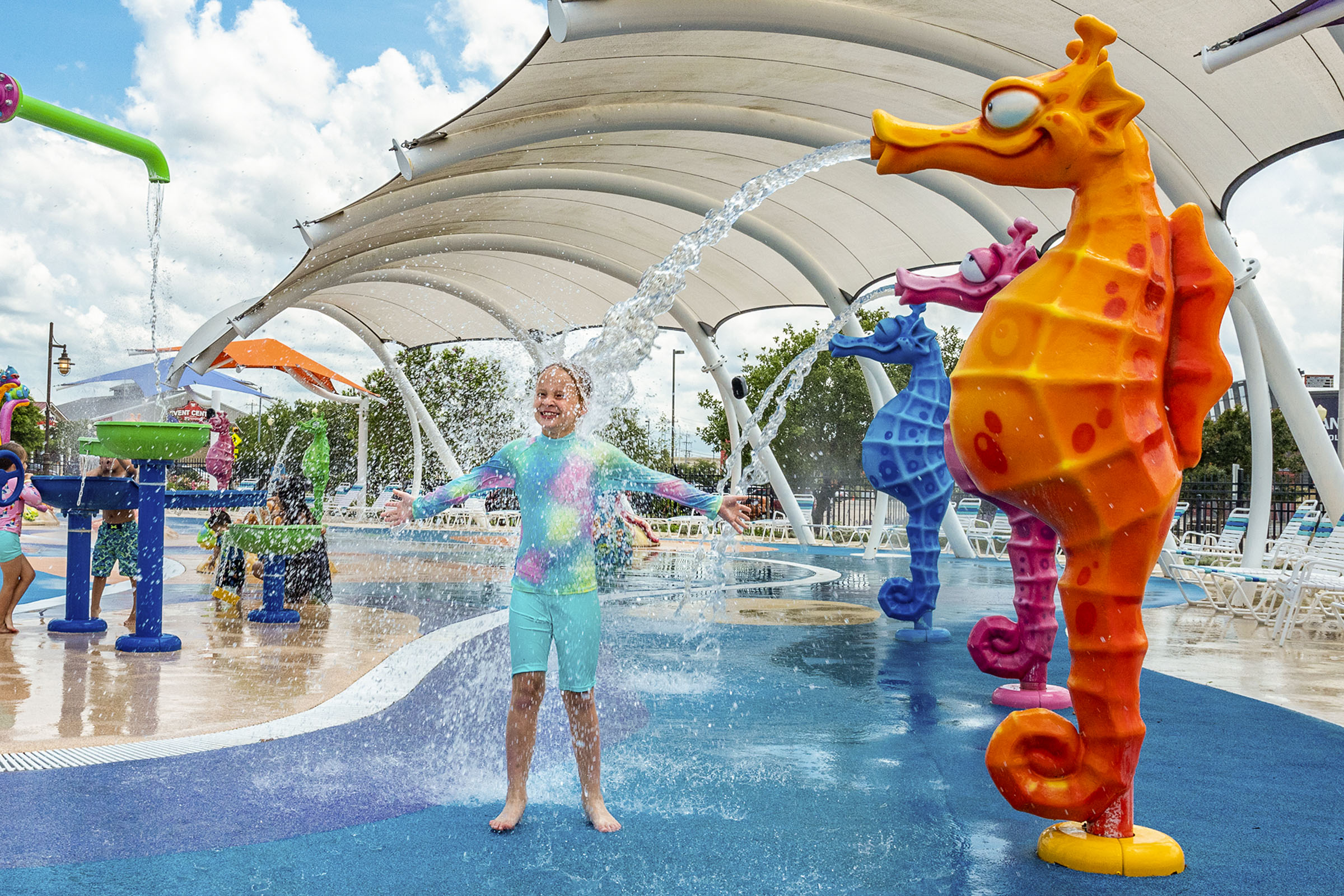 Upon entering Morgan’s Wonderland theme park in San Antonio, visitors are welcomed by a 25-foot-tall bronze sculpture of hands reaching skyward, releasing a butterfly. It is an apt metaphor for this one-of-a-kind park that is so inclusive its owner trademarked the term “ultra-accessible” to describe it. Former homebuilder Gordon Hartman’s magnum opus, Morgan’s Wonderland was created to enable children and adults of all abilities to ride every ride—the ultimate in equal-opportunity fun.

Hartman envisioned the park, which opened in 2010, after witnessing how other children in a hotel pool would not play with his daughter, Morgan, because of her physical and cognitive differences. Designed by a local team of engineers, medical experts, parents, and therapists, the facility is a 25-acre spread with 25 attractions, including a Ferris wheel, a deluxe carousel, an 8-acre fishing lake stocked with bass and catfish, and a sensory play center. Other offerings include a splash park next door, a year-round camp, and a one-stop health center opening in October. Guests from all 50 states and 122 countries, with and without disabilities, have visited Morgan’s Wonderland. In 2018, Time magazine named the splash park, called Morgan’s Inspiration Island, one of “The World’s 100 Greatest Places.”

“For every four people who enter our welcome center, three of them don’t have special needs,” Hartman says. “But now everyone can play together. Out at the camp we have a challenge course where if you’re in a wheelchair you can be 22 feet above ground right next to everyone else on that challenge course. We come up with new ways to do things because if we don’t, we’re eliminating 15% of the population.”

This mentality earned Morgan’s Wonderland the honor of hosting the Special Olympics Texas Summer Games, an event that draws over 3,000 athletes. This year’s games, the first since 2019, run from May 12-15 and are free to attend. Because everyone deserves to take flight.