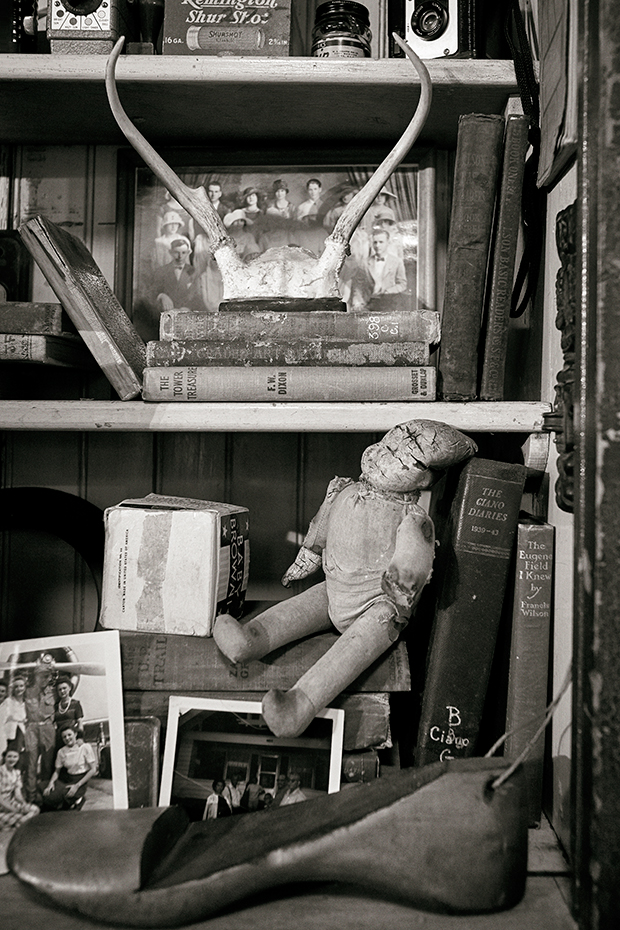 With its riverboat heritage and antebellum architecture, Jefferson is a town where history and culture converge like two prongs of a bayou, weaving together through the thick forests of the Texas-Louisiana borderlands. Beginning in the 1840s, Jefferson enjoyed a 30-year golden era as Texas’ chief inland river port. Due to its location on the Big Cypress Bayou, the city reaped the benefits of a natural logjam known as the Great Raft, which caused the Red River to swell near Shreveport, flooding the bayous and basins. Prosperity lapped onto the riverbanks of Jefferson, where residents profited from riverboat trade, constructed sumptuous homes, and built a cosmopolitan downtown.

Jefferson’s golden era came to a halt after 1873, when the Army Corps of Engineers removed the logjam, rendering navigation to Port Jefferson nearly impossible. As the water levels of the Big Cypress Bayou began to recede, so did the town’s prosperity. Its port days long gone, Jefferson nevertheless retains a small-town charm that pulls-in history buffs, antiques collectors, outdoor adventurers, and ghost hunters alike.

After the Great Raft was removed in 1873, the Army Corps of Engineers created Government Ditch as a shortcut to Jefferson to pass through the placid, cypress-lined backwaters of Caddo Lake. These days, Billy Carter’s Go-Devil Tours from Johnson’s Ranch in Uncertain offer an up-close look at the eerily beautiful lake. Caddo Lake is shrouded with as much history as it is Spanish moss, and guides offer insight to the past as they traverse the waters.

Dick and Charlie’s Tea Room, located directly across from Johnson’s Ranch in Uncertain, was constructed on the Marion-Harrison county line during the early 1900s. After Prohibition, water taxis and beer boats shuttled people across the bayou to Marion County, where alcohol was legal. Guides note the lake had many similar structures during Prohibition, but this old stilted speakeasy is the last of its kind. The bayou-style tree house has served as a fishing retreat for its owners for the last 40 years.

The Jefferson General Store serves as a portal to the past. Patrons can have a seat at the soda fountain counter and order a root-beer float, or meander around the store searching for eccentricities, jams and jellies, books, T-shirts, and just about everything in between. Originally constructed as a hardware store in the 1860s, this riverfront emporium keeps nostalgia on tap, along with 5-cent coffee, ice cream, old-fashioned candy, and Texas gifts.

Antiques hunters like to pick their way through downtown Jefferson one store at a time. Attentive shoppers with a sharp eye can easily spot uncommon objects from yesteryear, but collectors who are new to the old-school shopping scene will need to plan for plenty of time to see the vast collections of eclectic items. The best rewards come to patient shoppers who maneuver carefully through old keepsakes, riffle through records, and thumb through old books gingerly looking for handwritten messages.

When the city refused New York railroad tycoon Jay Gould’s bid to build his railroad through town, local legend says he cursed Jefferson, even writing in the Excelsior Hotel register, “The End of Jefferson.” Oddly enough, Gould’s luxurious private parlor car he called the “Goddess of Speed” has come to rest in the city he damned. Designed for Gould, the car includes two observation rooms, four staterooms, a lounge, dining room, kitchen, butler’s pantry, and bathroom. 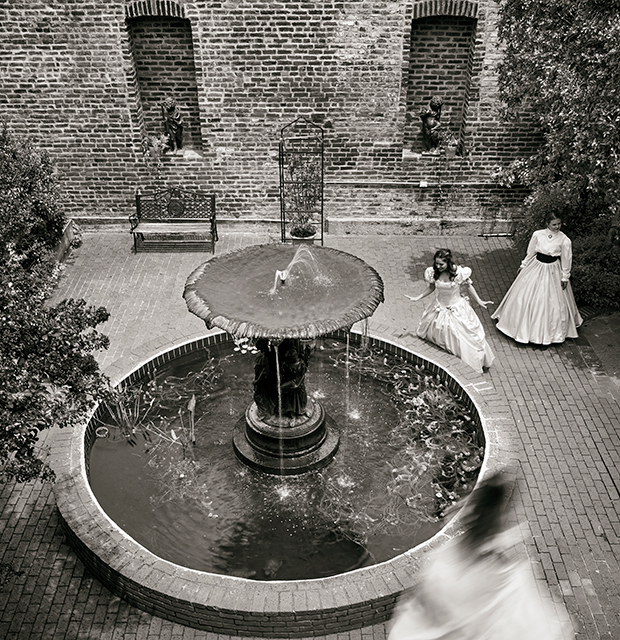 Despite being bypassed by the railroad in 1873, relics of rail are visible in Jefferson. The abandoned Polk Street truss bridge, part of another line of the Texas and Pacific that reached Jefferson the following year, stretches across Big Cypress Bayou. The line proved to be no competition for rail commerce in Marshall and Dallas.

Jodi Breckenridge, local historian and guide of Jefferson’s year-round Historic Ghost Walk Tour, leads guests through town and past a statue of the goddess Hebe while giving vivid accounts of tragedy, murder, and ghosts from Jefferson’s past. A small town with such a rich past couldn’t possibly escape historical hauntings.

Local legend identifies The Grove—a home built in 1861—as the most haunted place in Jefferson. Since the first supernatural occurrence was reported in 1882, strange and unusual events have been alleged ever since. Paranormal tales include shadowy figures, a lady in white, a man in the garden, whispering voices, phantom footsteps, and strange smells. Mitchel Whitington, owner of The Grove and local historian, offers guided tours of the storied haunt.

The oldest hotel in East Texas, The Excelsior Hotel has been welcoming guests to Jefferson since the 1850s. In the 1950s and ’60s, the Excelsior was restored to its original grandeur, clad with lacy ironwork, antique furnishings, Southern charm, and New Orleans flair. Famous guests have included Ulysses S. Grant, Oscar Wilde, Rutherford B. Hayes, Lady Bird Johnson, and Steven Spielberg. During Jefferson’s Historic Pilgrimage (May 4-6, 2018), locals decked out in antebellum garb add interpretation to Jefferson’s past.

The Jefferson Carnegie Library offers secluded spaces for reading ghost or other stories. Built in 1907, the library is one of only five remaining Carnegie libraries serving its original purpose.