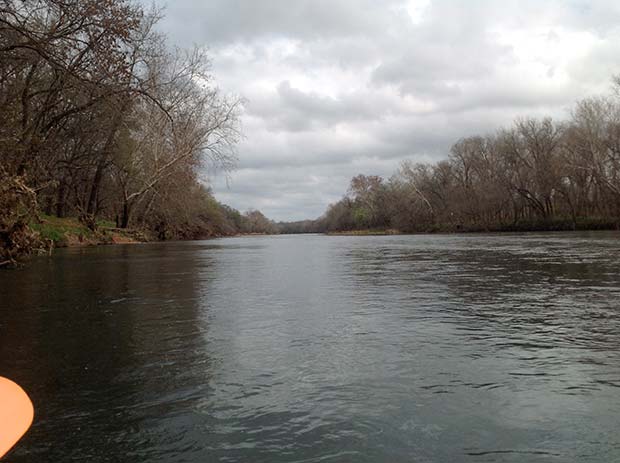 I recently discovered a little-known natural escape near Bastrop that’s easily accessible from Central Texas, 90 minutes from San Antonio, and about two hours from Houston. Along with the fun of kayaking on a picturesque stretch of the Colorado River, the highlight of this adventure was the opportunity to observe a bald eagle in the wild.

I joined a kayak trip at the Lower Colorado River Authority’s McKinney Roughs Nature Park, along with Drew Pickle, LCRA parks superintendent, and Marcus O’Connor, McKinney Roughs park supervisor. McKinney Roughs is a 1,100-acre day-use park about 20 miles east of Austin on Texas 71. It’s one of 44 parks managed by the LCRA within its jurisdiction.

Along with guided river trips, McKinney Roughs Nature Park offers 18 miles of hiking trails (12 miles open to equestrians), a ropes course, a visitor center with a display of aquariums, nature programs for children, and event facilities. 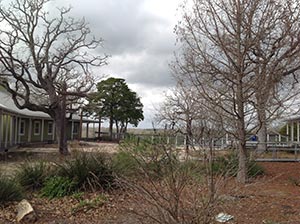 While the Colorado River has suffered from extended drought, the stretch below Austin was flowing at a healthy 350 cubic feet per second (the average is 355) thanks to releases from Austin wastewater treatment plants. The water is clean and safe, Pickle said, exceeding Texas Commission on Environmental Quality standards for fishing and swimming.

Though it was late February, the banks of the river were bright green with winter rye grass. The bare branches of the willow, cypress, sycamore, cottonwood, and pecan trees were showing the early signs of spring buds. The birds were out in force during our two-hour kayak. We saw lesser yellow legs, sandpipers, double-crested cormorants, wood ducks, and a great egret, to name a few. But the biggest sighting was a mature bald eagle.

The bird was perched in a riverside tree with a freshly killed rabbit in its talons. We scrambled for our cameras to try to take pictures as the current carried us closer to the bird. Before we got too close, the eagle had had enough of us and departed downstream. Watching the bird take flight with the rabbit in its talons was a sight to behold. Here’s the best picture I got with an iPad. It’s grainy but you can see the eagle in flight: 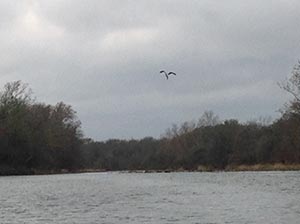 We caught up to the eagle again a few hundred yards downstream. But it gave us even less leeway to approach this time, again taking flight to keep its distance.

The bald eagle was most likely one of a resident couple that nests in a pecan tree on private property opposite the river from McKinney Roughs. The birds have been there for about six years, according to park naturalist Nicholas Cowey. They’ve built an enormous nest in that time, measuring seven feet across and with walls four- to five-feet high, We got lucky in seeing the bald eagle during our kayak trip. Park visitors can also try to see the eagles by using binoculars to view the nest from the park’s Pine Ridge Overlook. 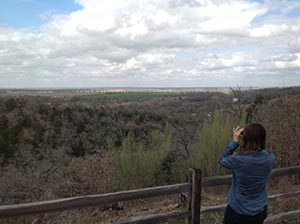 McKinney Roughs Nature Park offers guided four-hour kayaking trips through its headquarters and also through the authority’s partnership with Hyatt Regency Lost Pines Resort and Spa, which is next door to the park. The cost is about $50 per person and includes a shuttle, equipment, and a guide.

For those looking to kayak this stretch of the Colorado River on their own, Austin access paddlers can use the river access under Highways 183, commonly referred to as the Montopolis bridge, in East Austin. In Bastrop County, paddlers can gain easy access to a public boat ramp at the FM 969 bridge over the Colorado River. That bridge can be accessed by driving east out of Austin on MLK or by taking hwy 71 East to FM 1209, turning north. Once FM 1209 meets FM 969, turn west. The bridge is half a mile from the junction of FM 1209 and FM 969.