Written by Written By Kayt Sukel | From the October 2018 issue | Updated: October 31, 2018 | Filed Under: CultureFamily TravelHistoryThings to Do 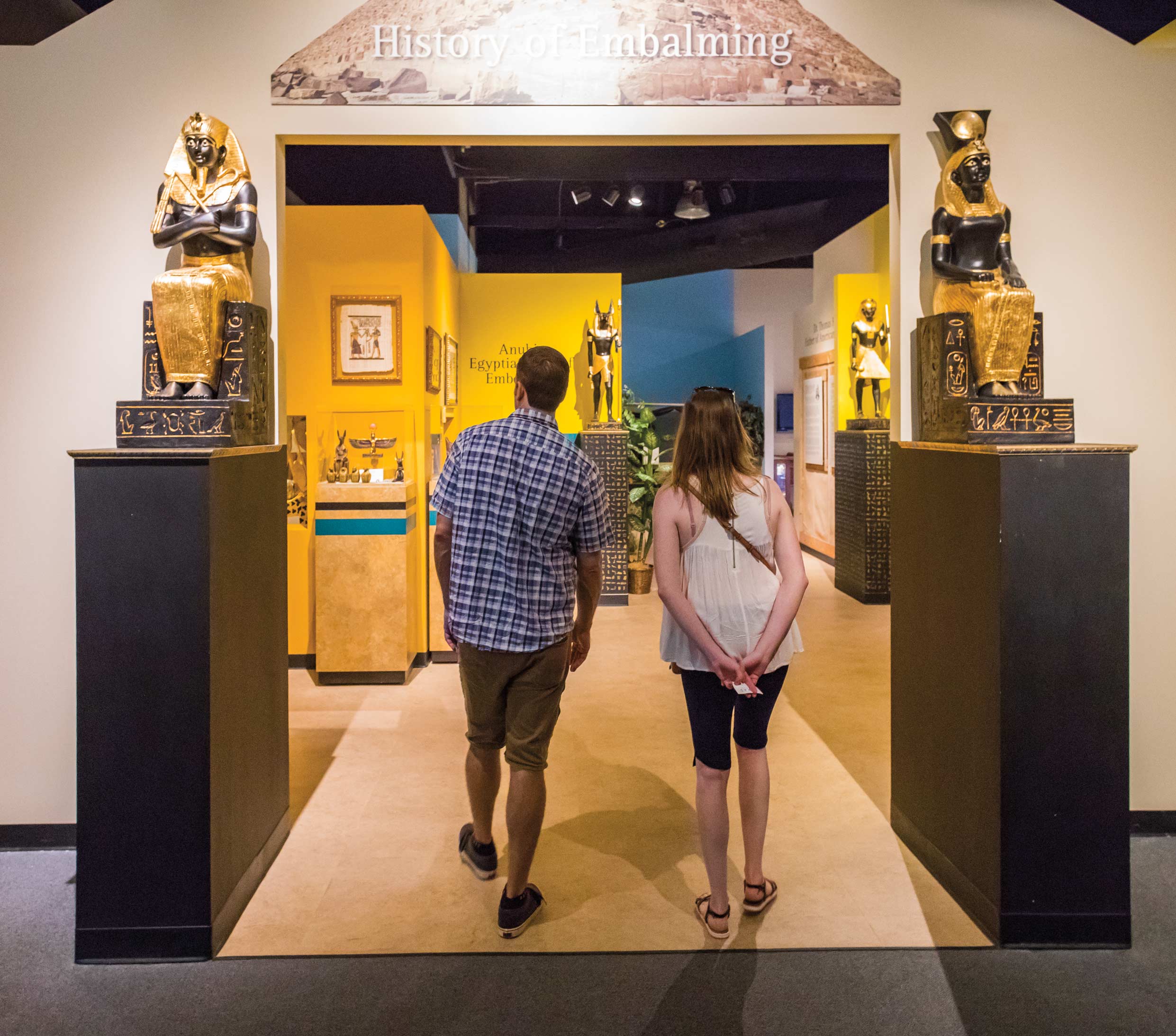 “This haunted house won’t have real dead bodies in it, will it?” my son, Chet, asks as we approach the Richey Road exit on I-45 North in Houston, a note of trepidation in his voice.

At 12, he’s already quite the connoisseur of the haunted house scene. He knows the drill for most of the local October spooktaculars: a couple bloody vampires, more creep-tastic clowns than you can count, and a few costume-clad monsters jumping out from dark corners when you least expect them. But today we’re headed to the annual Haunted House at the National Museum of Funeral History on Houston’s north side. And as the haunt is being held next door to a real, live mortuary school, Chet is unsure what might await us.

The National Museum of Funeral History

“Real dead bodies would constitute a real live health hazard,” I tell him. “But I’ve been assured this is a family-friendly haunted house.”

In fact, the museum prides itself upon it. For the past eight years, the treasury of exhibits about the cultural practices and traditions surrounding death has hosted a haunted maze during the month of October. The president and curator of the museum, Genevieve Keeney, says it takes great pains to make sure the event is a good time for all ages. 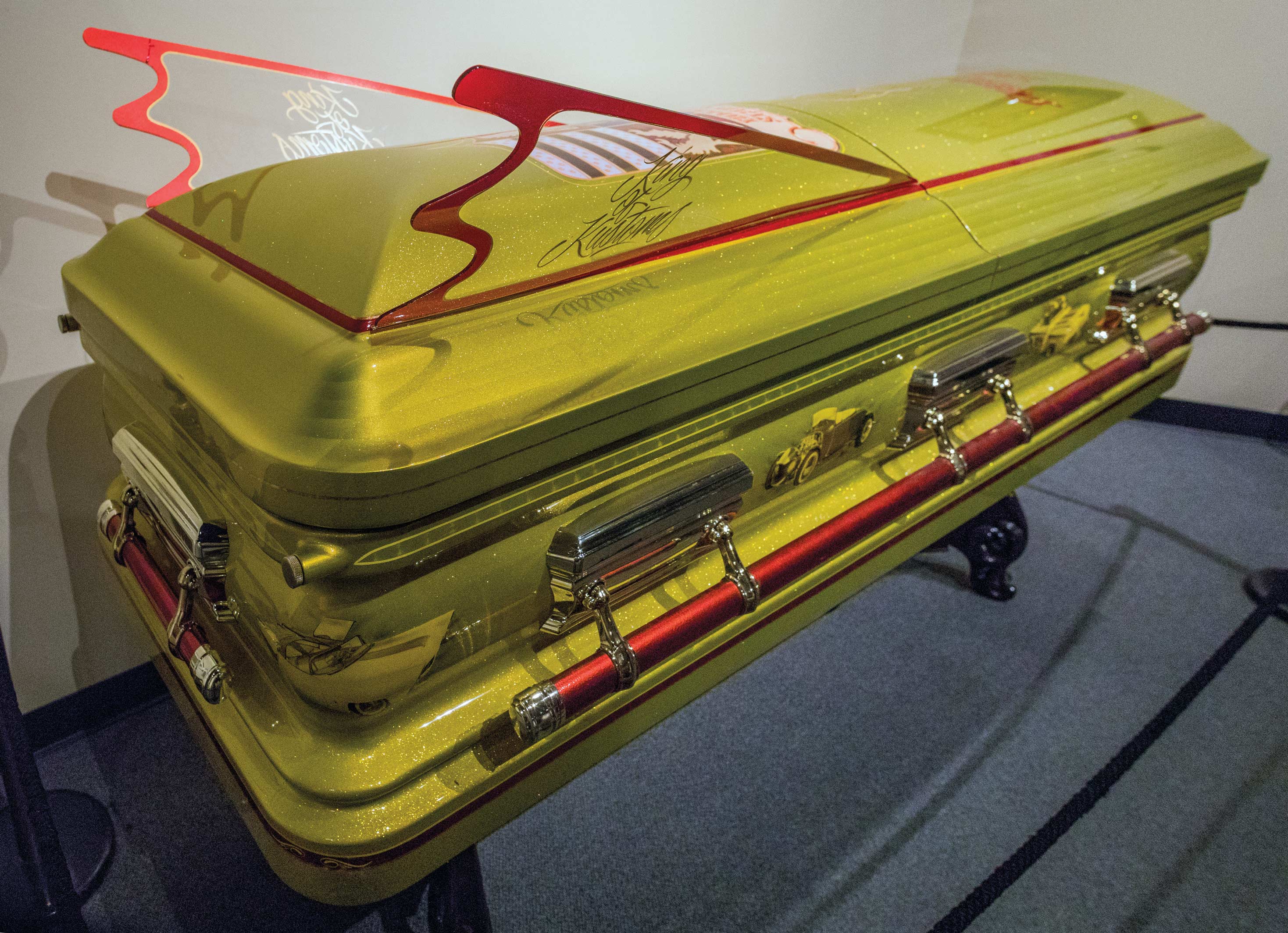 “We’ve tried to find that balance—something that fits with the season and will give you a little scare, but isn’t over the top,” she says. “We just want everyone to have fun.”

As we wait to enter the haunted house, Chet still seems apprehensive about what’s in store for us. “If you get scared, you can always hold my hand,” I say, getting the expected eye roll in response. He is a pre-teen, after all. But no sooner than Chet and I start navigating the maze, made just the right shade of macabre by flashing lights and fog, I can see those last bits of worry melt away. We soon find ourselves lost and laughing in the scary-fun spectacle the museum has created.

The collection of quirky, eclectic exhibits truly has something for everyone.

Chet jumps higher than I thought possible when an animatronic werewolf, wearing a jaunty cap, leans toward him—but then he quickly starts to giggle at his misplaced fear. Minutes later, he laughs even louder when I’m surprised by a rather large Grim Reaper forecasting my doom, letting out a shriek that was probably a bit louder than necessary. 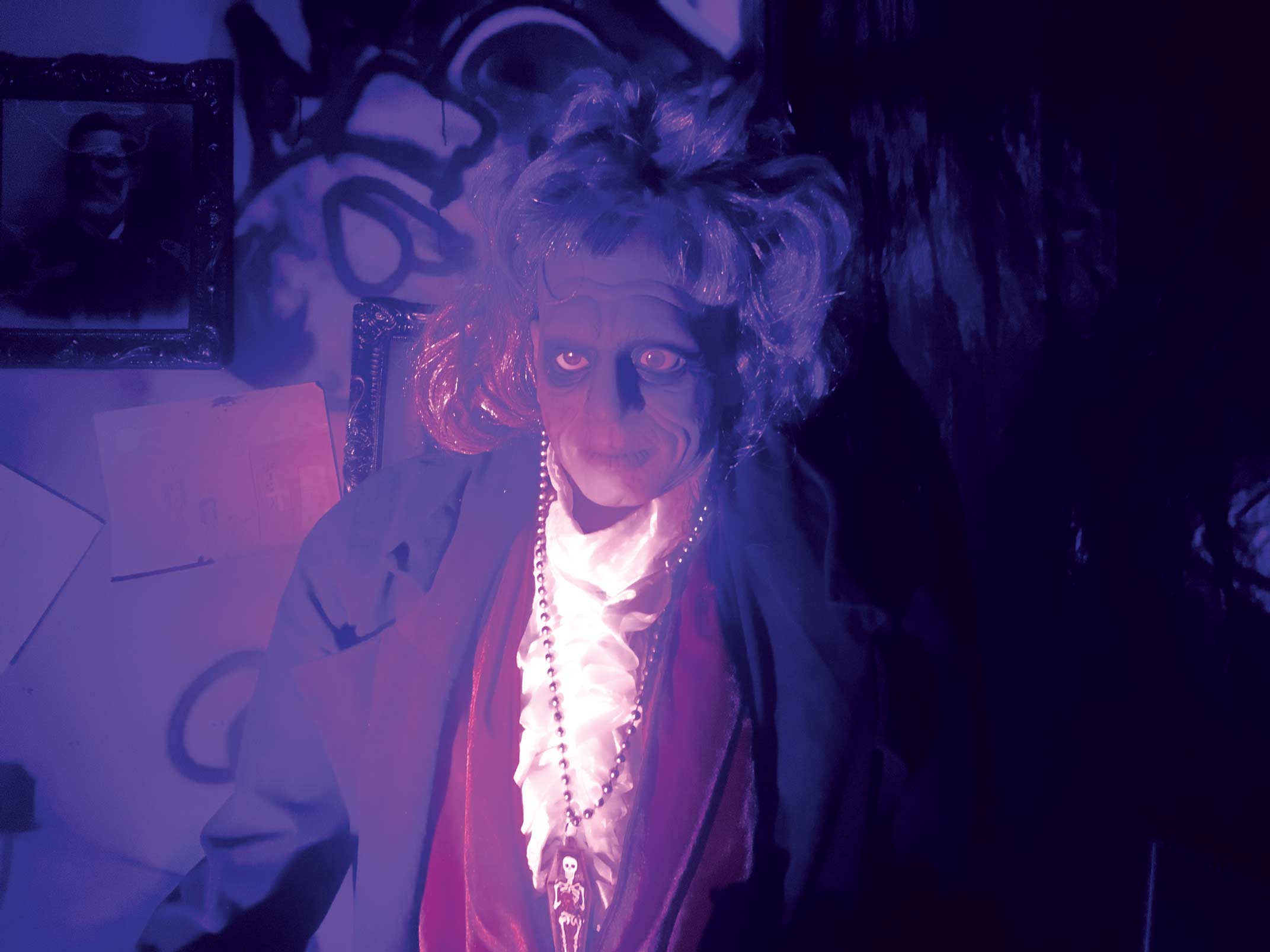 A ghoulish scene from the museum’s annual Haunted House, which is being held Oct. 1-Nov. 4 in addition to a Día de los Muertos celebration Nov. 1-4, 2018. Photo: Courtesy of The National Museum of Funeral History

“If you get scared, Mom, you can always hold my hand!” he says, mimicking my overly concerned voice from before. Then he takes off into the next room, leaving me to face what I now see is a really rather mundane-looking harbinger of doom.

But the true entertainment begins when we finish the maze and head into the museum itself. While I’m not sure what one would expect from a museum of funerary customs, this certainly isn’t it. This collection of quirky, eclectic exhibits truly has something for everyone. Are you a science geek? Chances are, you’ll find yourself mesmerized by the history-of-embalming exhibit, complete with a 19th-century embalming room. Love cars? The museum has dozens of hearses of all shapes and sizes. Maybe you’re a history buff. If so, don’t miss all the cool presidential funeral displays, including Honest Abe’s death mask and the actual embalming machine that helped ready President Harry S. Truman for his state funeral. Are you religious? The exhibit explaining the papal burial rites is absolutely fascinating.

My son jumps higher than I thought possible when an animatronic werewolf, wearing a jaunty cap, leans toward him—but then he quickly starts to giggle at his misplaced fear.

But our favorite exhibit has to be Thanks for the Memories, a collection of celebrity memorial cards and funeral programs. Reading the final farewells for people like actor James Gandolfini, of The Sopranos fame, to Arch West, inventor of Doritos, is oddly affecting. Within the brightly lit hall, we can even reach out and touch one of the covers from Marilyn Monroe’s tomb—Chet and I learn the brass nameplate identifying her tomb in California needs to be regularly replaced because people can’t help but touch her name, trying to find some way to connect with the deceased blonde bombshell.

“I guess they think it’s the closest they will get to ever touching her,” Chet says, tracing her name with his finger. 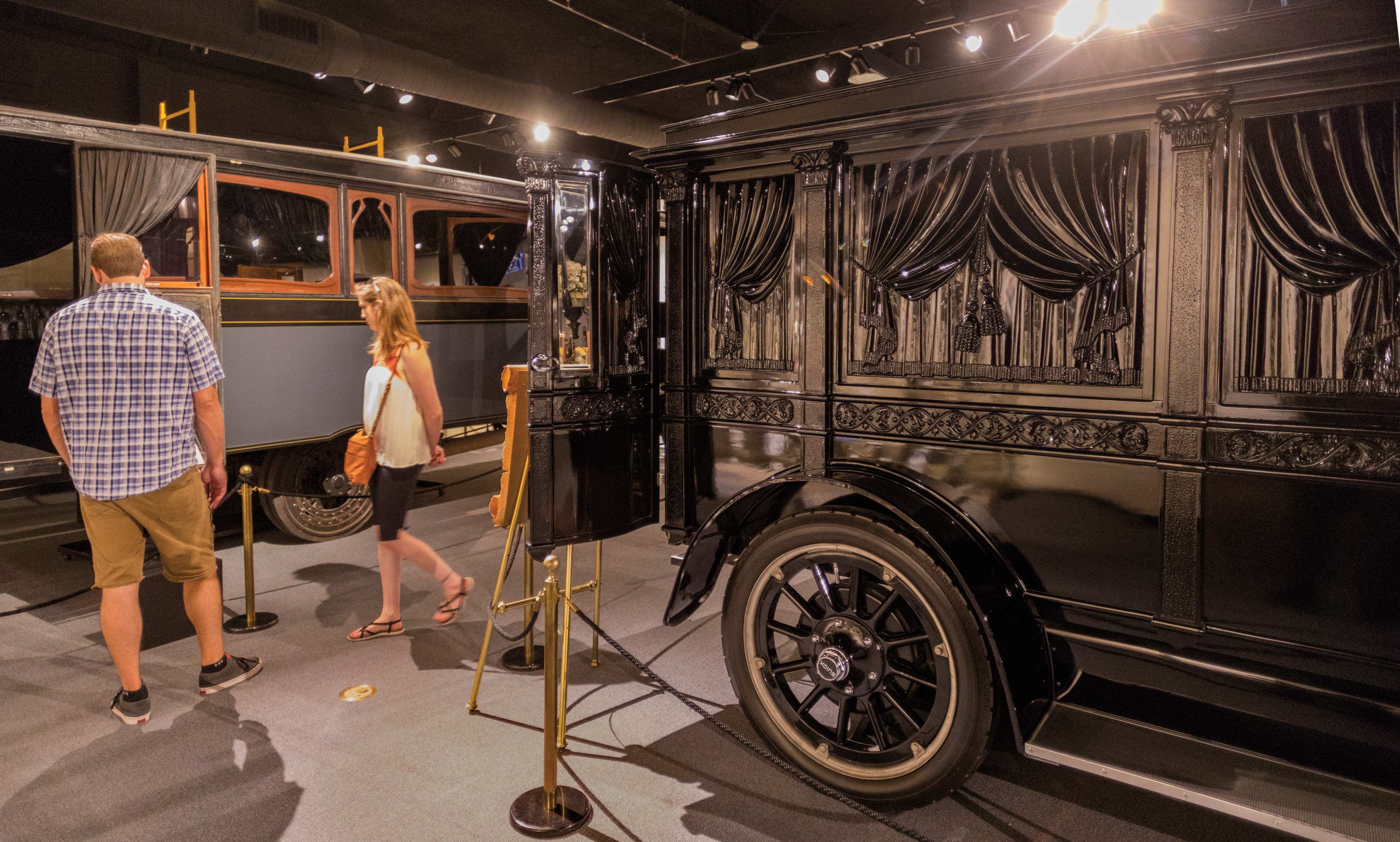 As Keeney says, death is universal and affects us throughout our lives, often in ways we may not expect. This museum pays homage to the experiences and feelings that thoughts of death can bring—and the myriad ways we, as individuals and as a society, process them. The annual haunted house, Keeney hopes, is an extension of that: a reminder to gather ye rosebuds while ye may, so to speak, and appreciate the time each of us has on this earth.

On the ride home, Chet asks if we might return to the haunted house and the museum—only next time with a few of his friends in tow.

“We don’t have to tell them that there are no real dead bodies in there,” he tells me with a grin. “We can let them figure it out on their own.”