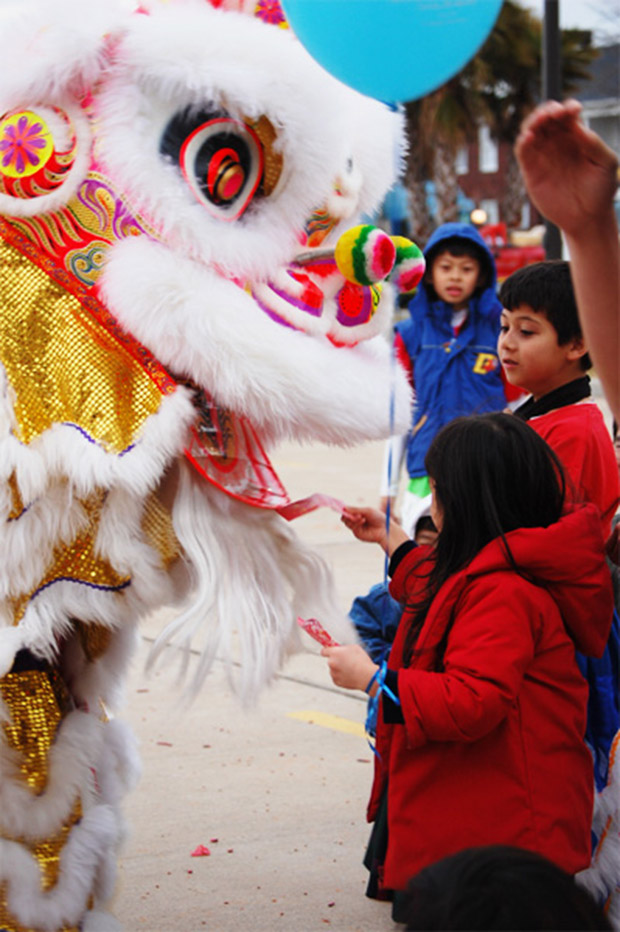 Growing up in Houston in the late Sixties when the Chinese community was much smaller (and inconceivable that Texas’ largest city would one day house the one of the largest Asian populations in the U.S.), I didn’t get to see the massive Lunar New Year street festivals and celebrations that cities such as San Francisco are famous for. I missed out on the lion and dragon dances—choreographed performers writhing in bright and elaborate centipede-like costumes, accompanied by firecrackers to chase away evil spirits and make way for good luck in the new year. 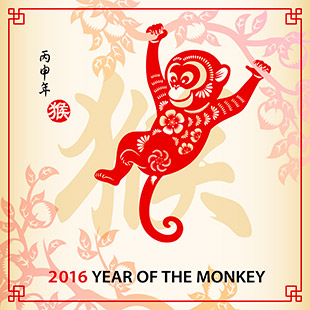 Why not hang out with a few?

As an adult I made up for my cultural deprivation by going to San Francisco’s Chinese New Year Festival & Parade (sponsored by Dallas-based Southwest Airlines) several times. On my first visit to this celebration, which was during the Year of the Horse, I was six months pregnant with my daughter, Lucy. Since then, she and I have gone to the San Francisco parade each Horse year, which is every 12 years in the Chinese zodiac calendar. Each year is represented by an animal or creature, and the year begins in accordance with the moon cycle. Besides China, other Asian countries such as Vietnam and Korea also welcome the new year in late January or February.

Lunar New Year 2016, the Year of the Monkey is Monday, Feb. 8. To sum up Chinese astrology predictions, this Monkey Year is all about change and creativity. Unlike the Western calendar New Year, Lunar New Year is more about family and community gatherings and less about champagne-fueled partying. Houston and several Texas cities will celebrate the Year of the Monkey on February weekends.

In Houston, there are now two sizeable celebrations: Lunar New Year Houston in Chinatown, Feb. 13-14, 11 a.m-7 p.m., and Texas Lunar Festival downtown at City Hall on Feb. 13, 10 a.m. -5 p.m. In addition to Asian foods, martial arts performances, and kids activities, both events feature music and dance native to China, Taiwan, Vietnam, and Korea, as well as the Philippines and India. Lunar New Year Houston, which won an Everfest Top February Festival Award this year, is a free event and has several lion dances with firecrackers on both days. Texas Lunar Festival has an admission fee and starts the festivities with a dragon dance.

San Antonio rings in Lunar New Year at the Institute of Texan Cultures with the 29th annual Asian Festival on Feb. 13, 10 a.m.-5 p.m. (featured in TH Events Winter Calendar). Along with music and dance performances, the festival features craft and cooking demos. A wide variety of Asian cuisine is represented, including Filipino pancit noodles, Korean barbecue, and Chinese shrimp-flavored chips. An assortment of teas—from green to bubble—plus beer and sake are available. Tickets are available at the event or online.

Austin’s Chinatown Center, cited in a New York Times travel article on emerging U.S. Chinatowns, hosts a Year of the Monkey celebration, Feb. 20-21, 11 a.m.-5 p.m. with face-painting, lion and dragon dancers, and firecracker displays. A real primate, Miki the Monkey will be present to perform tricks and give LNY greetings. Free admission.

But if you want to kick off Lunar New Year before the 8th, Austin’s Asian American Cultural Center has a celebration on Feb. 6, 10 a.m.-3 p.m. Dance troupes from Chinese and Korean schools will perform, along with music, calligraphy, martial arts performances, activities for kids, food, and a lion dance in the afternoon. Free admission.

For a taste of Lunar New Year at home, culinary tour guide and teacher (and TH Extraordinary Texan) Dorothy Huang offers a potsticker recipe from her recently reprinted cookbook, Chinese Cuisine Made Simple.

Happy Year of the Monkey!