Arrive home to this 1964 midcentury modern and proudly declare, “The eagle has landed” 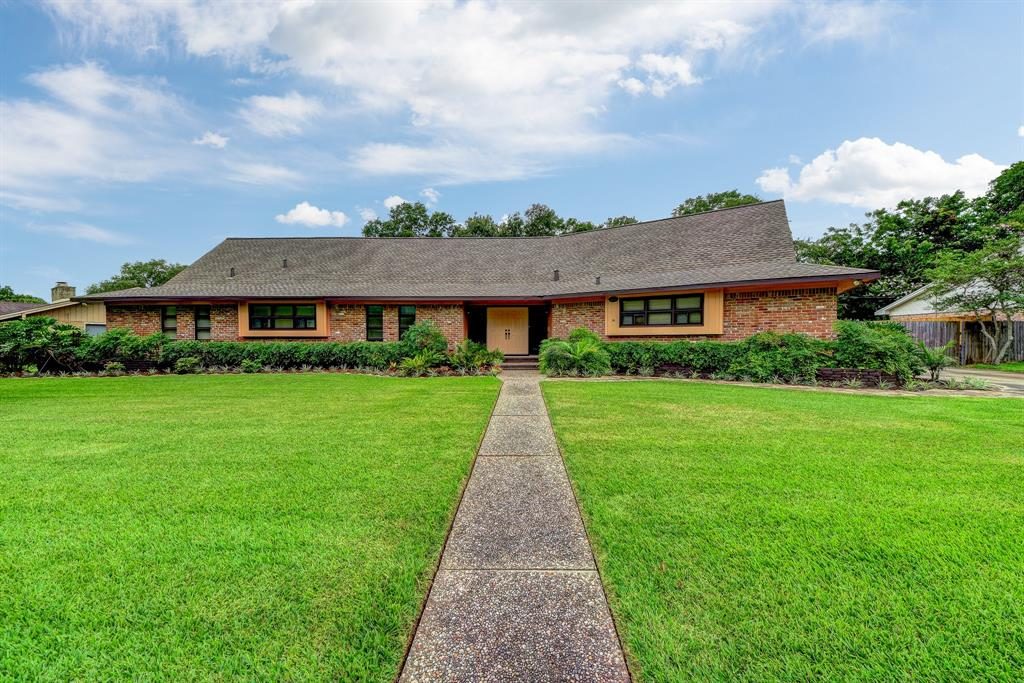 Neil Armstrong lived at his El Lago house at the time he was the first man to walk on the moon. Courtesy Keller Williams.

Real estate agents often talk up their listings as “unique,” and in almost every case that claim is a little exaggerated. Well, here is a truly unique property—the only house on Earth that was home to the first man to walk on the moon during the time he took his pivotal step.

The 1960s El Lago home of Jan and Neil Armstrong is on the market. With its historical status, 4 bedrooms and 2 1/2 baths, kidney-shaped pool, and 2,560 square feet of living space on a huge 17,000 square-foot lot, the $375,000 list price seems like a steal. Indeed, the house is under contract, but anything could happen during the option period. According to data from the Harris County Flood Control District, 1003 Woodland Drive sits in a 100-year flood plain, and as any Houston-area resident can tell you, those 100-year floods have a knack for coming around more than once a century.

But then again, we are talking about owning the home of the first man to walk on the freaking moon here. Even if that were not so, this is a downright groovy midcentury modern house, complete with Googie roofline and a living room with vaulted ceilings that somewhat resembles the bridge of a futuristic spaceship. Old pics of the Armstrongs at home reveal that there has been an overhaul or two of the once-Jetsonian interior since the astronaut and family departed. What a pity; that aesthetic is back in fashion today.

Armstrong took out a $30,000 loan to buy the home new in 1964. He lived in it through both the Gemini and Apollo programs. In 1970, he retired and moved back to his native Ohio. Astronauts and others in the “Space Set” still live in El Lago, but it’s unlikely the area will ever again be as abuzz as it was in July of 1969, when Woodland Drive was crawling with reporters and even the most seemingly trivial events were deemed newsworthy.

“Armstrong Neighborhood Sprouts a Lemonade Stand” thundered the New York Daily News on July 18 of that year. Jan Armstrong had encouraged three neighborhood girls from the synchronized-swimming team she coached to go into business to help send their team on a trip to a big contest in Toledo, Ohio, later that year. “Jan even said we could put the stand up on her lawn,” enthused another team mom. (Out of respect for what remained of the Armstrongs’ privacy, the stand went up three doors down instead.)

But such was the tizzy on Woodland Drive back then. Another reporter helped conjure some of the magic this home would still hold for its eventual buyer. Writing in the Miami Herald, where she would become the paper’s first female executive editor, Janet Chusmir envisioned some far-off day when her grandchildren would ask her where she was when a man first walked on the moon. 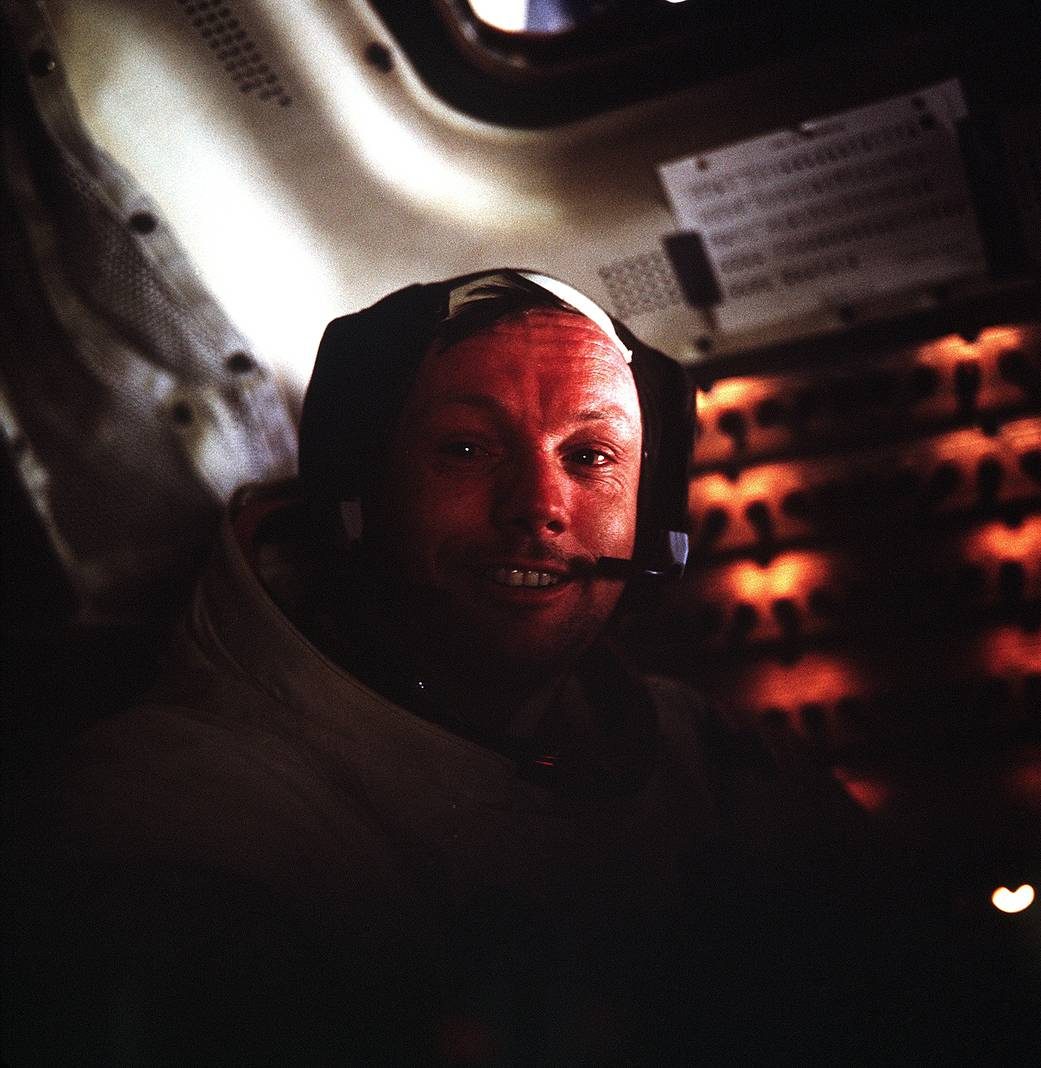 Apollo 11 commander Neil Armstrong inside the Lunar Module while it rested on the lunar surface. Courtesy NASA.

“I’ll tell them: in the very best place. I was sitting in the middle of the road, Woodland Street, in El Lago, Texas, USA, Earth. I was watching a TV set hooked to a network van that was parked on the opposite curb. My back was next to a red brick house with double red doors, lots of trees, and a rock garden that matched the Oriental architecture and decor.’

And I wondered if they looked through the heavens that hot, sultry night and felt the same chill.”

Today there are still plenty of hot, sultry July nights in El Lago, but you need not look at that same silvery crescent with the same sense of dread. Also, most of the trees are gone—casualties of Hurricane Ike and other coastal calamities. But that just makes the yard easier to mow. And if that rock garden is still there, it’s not noted in the property’s listing, and yet, how cool would it be to dip your feet in that pool and take in the majesty of the moon while living in the one-time realm of its conqueror?

Oh, and note the tricky little stairstep in the front entryway. It’s a bit more than one small step, but not quite a giant leap.