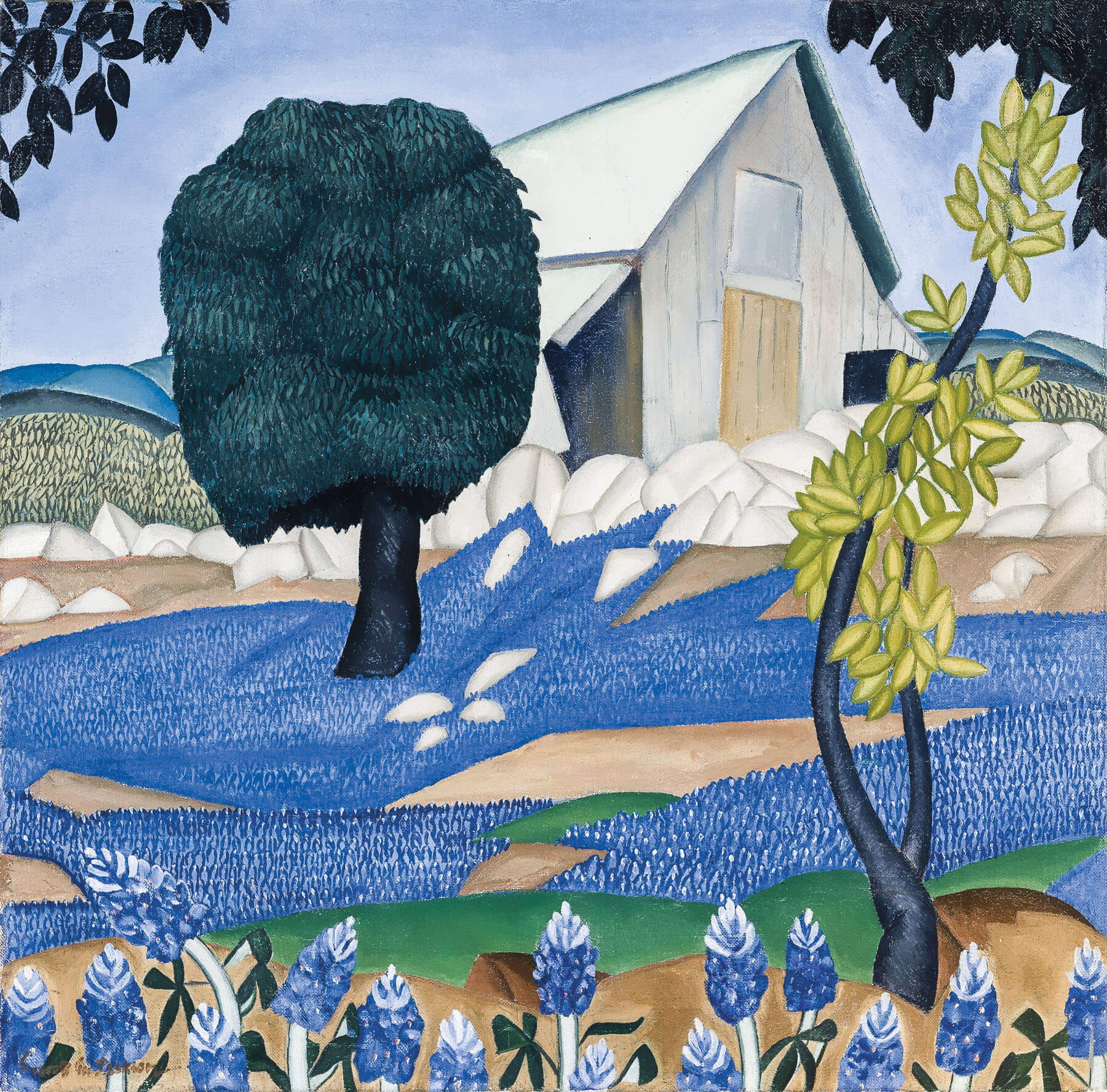 Everett Gee Jackson didn’t plan to become an artist. Born in Mexia in 1900, Jackson enrolled at Texas A&M University in 1918 to study architecture. A professor recognized his artistic talent and urged him to become a painter, prompting Jackson to attend the Art Institute of Chicago. Jackson originally embraced impressionism, the popular style of the day, but on a 1923 trip to Mexico he befriended modernist muralists including Diego Rivera, who influenced Jackson’s approach. Back in Texas in 1927, Jackson painted Texas Bluebonnets for a Houston contest. The judges dismissed the piece’s modernist interpretation of the state flower, fellow artist Katherine Morrison Kahle told the San Diego Sun newspaper in 1934. Nevertheless, a crowd gathered to see the painting when it was displayed in Houston. Jackson moved to California in 1928 and began teaching art at San Diego State University. He retired in 1964 and continued painting almost until his death in San Diego in 1995.