A Playful Day at Barton Springs in Austin

People have relied on the prolific springs for thousands of years 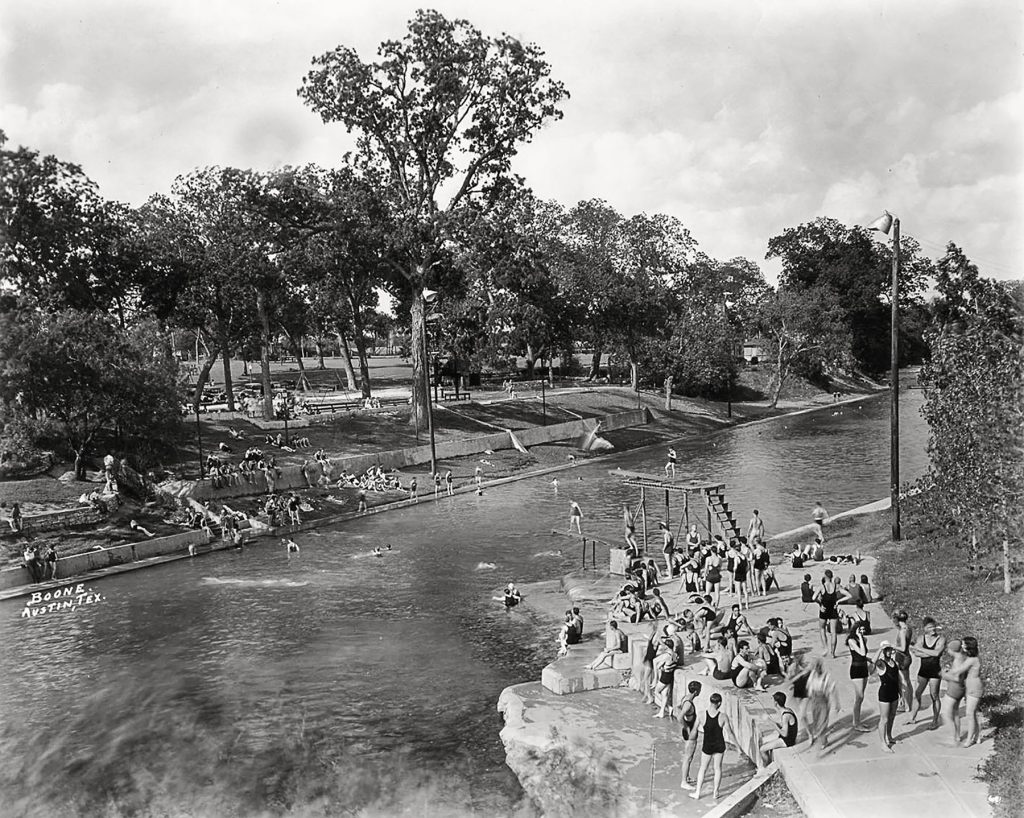 In 1837, settler William “Uncle Billy” Barton moved his family to a remote Hill Country creek near its confluence with the Colorado River. Barton recognized the cluster of springs that fed the creek as a reliable water source to raise livestock and crops. But he may not have known humans had visited the springs for at least 10,000 years, including Tonkawas and Comanches who inhabited the region at the time Barton arrived. As the city of Austin took shape on the Colorado’s opposite bank, Barton Springs—fed by up to 80 million gallons a day from the Edwards Aquifer—powered mills, provided water for ice-making, and became a popular place to swim. In 1917, then-owner Andrew Zilker deeded the springs to the city, leading to the construction of a concrete dam and sidewalks to create the pool as it appears in this photo. A young Robert Redford learned to swim in the pool while visiting family in the 1940s. Today, nearly 1 million people visit Barton Springs each year to plunge into its 68-degree rejuvenating waters.