Back to the Frontier 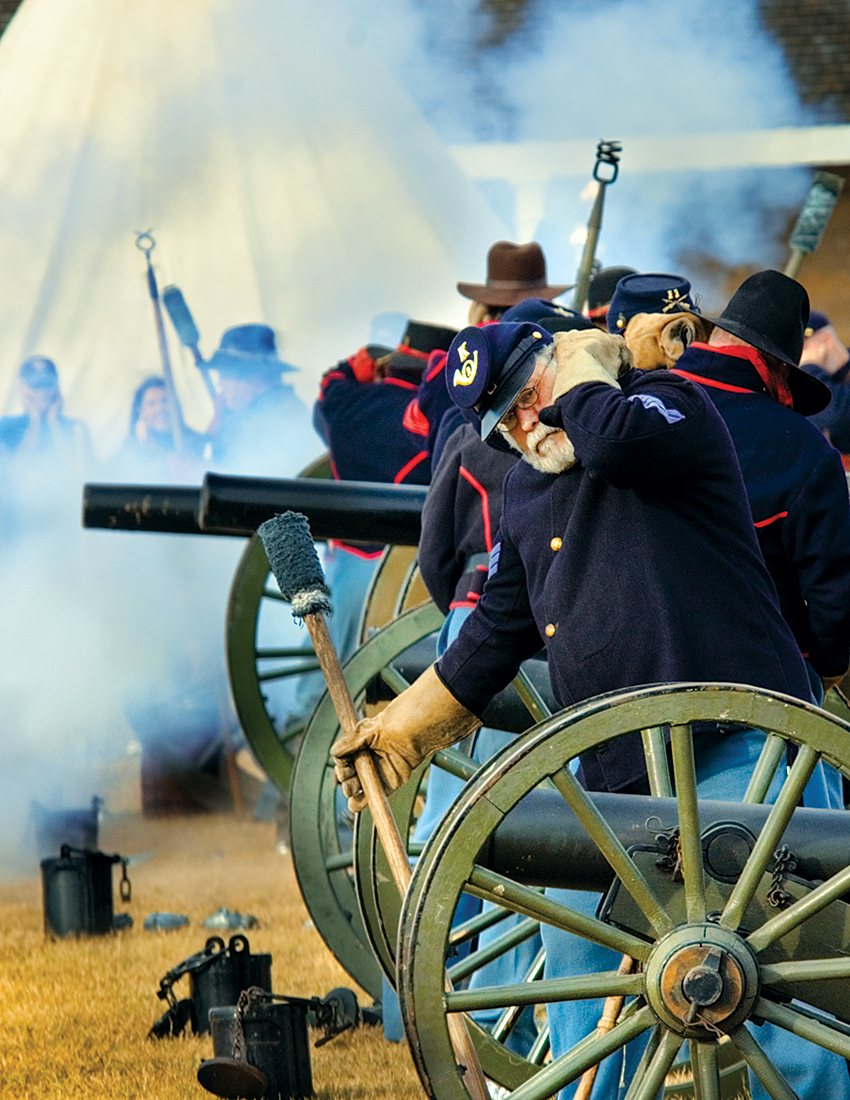 Earlier this winter, an ice storm swept across the state, arriving in full force along an imaginary line that once served as the western boundary of the Texas frontier. The cold front’s freezing drizzle loaded power lines along the storm’s leading edge with icicles, weighing the cables downward until their wooden crossbars snapped, collapsing poles and lines and wiping out the power grid for much of West Texas. The storm might as well have wiped away the last hundred years of modern advances with it. Without electricity, I was capable of only limited communication beyond my small rural community of Marathon, cut off from the Internet, and reliant on wood for cooking and warmth.

But on the brighter side, the return to these 19th-Century conditions was a novel but fitting way to herald the 15th anniversary of the Texas Forts Trail Region. Traversing the central-western region of the state, the trail is distinguished by eight of the state’s surviving 19th-Century military forts that once represented the westernmost limits of a settled Texas. The garrisons offered protection from hostile elements, providing an anchor for ranches, towns, farms, railroad lines, and businesses to rise and thrive through the second half of the 1800s. But the comforts of our modern age were sorely missing. Fort inhabitants had no electricity and limited communications, and the only source of heat for warmth and cooking would have come from burning wood or coal.

In the heyday of Texas military forts, between the Civil War and the early years of the 20th Century, the state’s garrisons helped establish the boundary between civilization and an unknown frontier for Texans during their movement westward. The Texas Historical Commission has led the effort to preserve fort histories and their surviving architecture, including the designation of trails in each of the 10 heritage regions throughout the state. The Texas Forts Trail, which was established in 1998, meanders in a wobbly roundabout for approximately 650 miles through central-west Texas ranch country, embracing historic sites, communities, revived town centers, and hundred-year-old courthouses in 29 counties along the way.

While some of the Forts Trail’s historic sites survive only as stone walls and imagined echoes from the past, several important posts, including Fort Concho in San Angelo, have weathered the years partially intact. Fort Concho’s historic architecture and grounds have undergone extensive restoration within the last few decades, providing an informative introduction to the era of frontier forts, as well as an important link between the surrounding community of San Angelo and its roots.

Established in 1867 along the Concho River, Fort Concho remained in service for 22 years as an active regimental headquarters, providing troops and supplies for military campaigns against the Comanche and other tribes who called frontier Texas home. Today, the site is a National Historic Landmark, and its 23 original and reconstructed buildings are survivors of the approximately 40 buildings and 1,600 acres that comprised the original garrison. During its active service, Fort Concho supported up to 500 infantry and cavalry troops, along with staff officers and personnel. Some of Texas’ most notable frontier units were stationed at Concho, including regiments of the famous Buffalo Soldiers.

The historic site offers visitors a place to wander freely and contemplate a Texas lifestyle remarkably different than the comfortable existence we enjoy today. A fully furnished officer’s quarters, located along the line of 10 limestone buildings known as “Officers’ Row,” provides a view of the trappings of 19th-Century residential life on a military post. The quarters’ parlor, outfitted with period furniture, lace doilies, and a piano, suggests the occupants’ attempt to foster Victorian civility in an otherwise rough and hostile environment.

Beyond the parlor’s windowpanes and at the end of the block sits the fort hospital. Soldiers often succumbed to bouts of dysentery here, characteristic of an era in which the most rudimentary tenets of biology—such as germs and their transmission—were often unknown or ignored. The hospital, authentically re-created from the ruins up using historical references, provides a realistic sense of conditions for patients, both military and civilian, who suffered illnesses and injuries during the second half of the 1800s. The hospital houses the Robert Wood Johnson Museum of Frontier Medicine, where a review of some of the medical treatments and surgical remedies of the day will remind visitors of the best words of advice to fort residents: Don’t get sick or injured.

Volunteer organizations affiliated with the Fort Concho National Historic Landmark sponsor programs throughout the year to engage visitors who wish to explore the era of frontier fort life firsthand. The Fort Concho Living History Program organizes a number of authentic and entertaining performances featuring cavalry troops, infantry, and vintage baseball games. The Fort Concho Cavalry portrays Company D of the 4th Cavalry, reenacting the unit’s activities, dress, and equipment from its time at the fort between 1871 and 1873. The Fort’s Company A of the 10th Cavalry portrays the famous Buffalo Soldiers, one of the African-American regiments that served along the Texas frontier. Fort Concho’s vintage baseball team plays in period clothing (and by period rules), recalling a popular pastime of military and civilian life during Fort Concho’s active years. Artillery drills, occasionally part of living history and special events at the fort, include the firing of a replica of the fort’s cannon.

Fort Concho’s full schedule of programs provides visitors with an opportunity to enjoy the fort environs year round. A visit to Fort Concho these days may include a special event like a night tour, an arts festival, a celebration of local heritage, a cowboy breakfast, an artillery salute along the parade grounds, a tribute to the nation’s armed services, or an archeology fair.

Lucky for you, the visit will conclude with a return to the comforts of the 21st Century, including perhaps a night in nearby lodging, a meal at one of the area’s restaurants, or an evening of live music at the local jazz club—activities, in fact, that you may experience at various locations along the Texas Forts Trail. It’s a far cry from the rudimentary conditions of “the good old days,” although they still revisit the region from time to time during the occasional ice storm.