Cockfighting Flourished in Texas in the Early 1900s

Now illegal, fighting gamecocks is a blood sport with roots in the ancient world 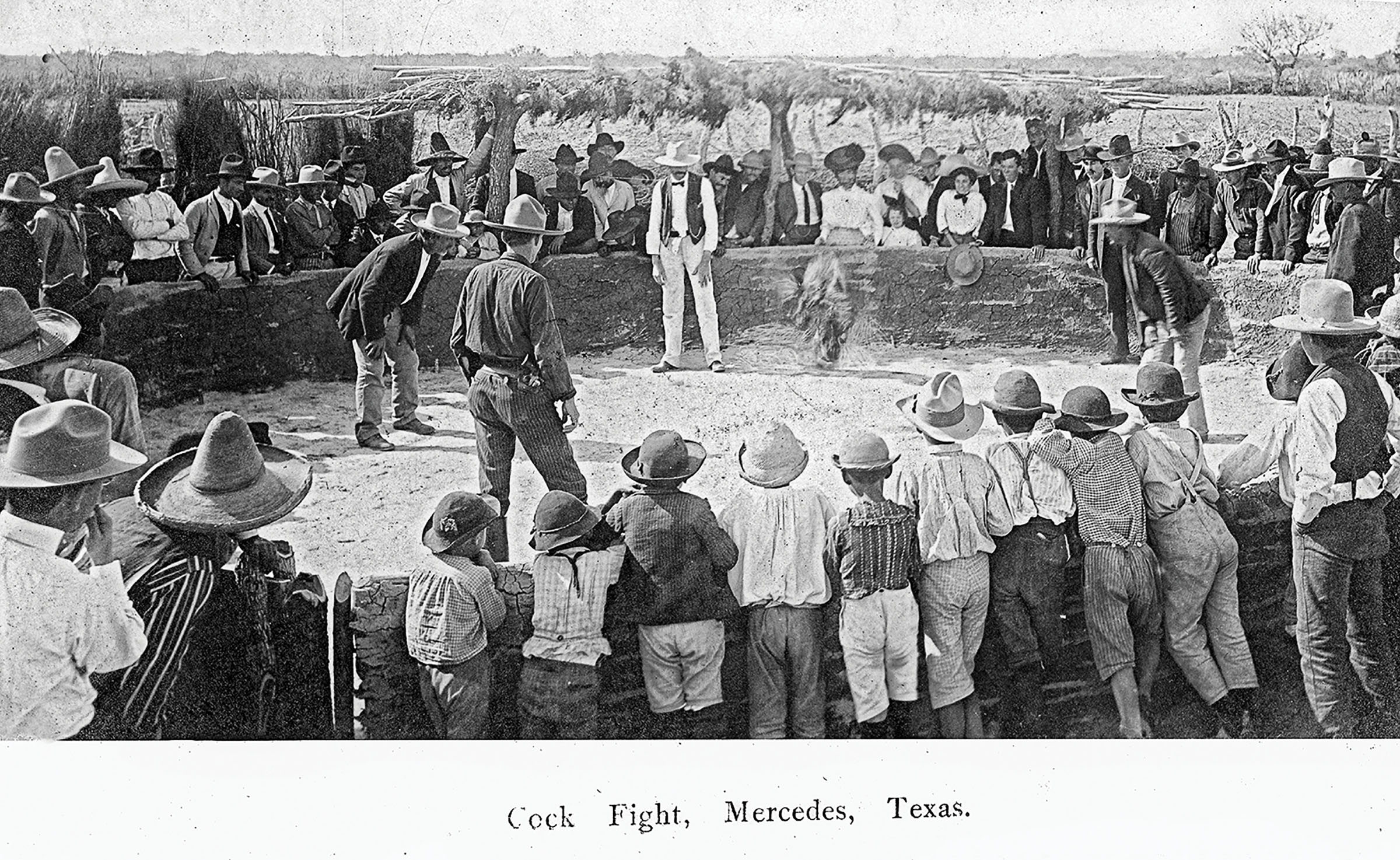 Cockfighting goes back to ancient times when cultures including the Greeks and Persians pitted roosters against one another for entertainment. European immigrants brought the blood sport to the New World, and the activity proliferated across Texas. In this photo, which was printed on a 1907 postcard from Mercedes in the Rio Grande Valley, the gamecocks are a blur of feathers and motion in the middle of the ring. Lawmakers in all 50 states have since outlawed cockfighting because of its cruelty, most recently Louisiana in 2007. In Texas, making roosters fight has been illegal for decades, and in 2011 the Texas Legislature strengthened the ban by making it a felony to raise fighting gamecocks and a misdemeanor to attend cockfights or possess paraphernalia like the razor-blade gaffs strapped to the birds’ legs. Nevertheless, underground cockfighting persists. In 2021, authorities in Rusk, San Jacinto, Kimble, and Tarrant counties busted cockfighting rings and seized large amounts of cash and hundreds of gamecocks, some valued as high as $10,000.