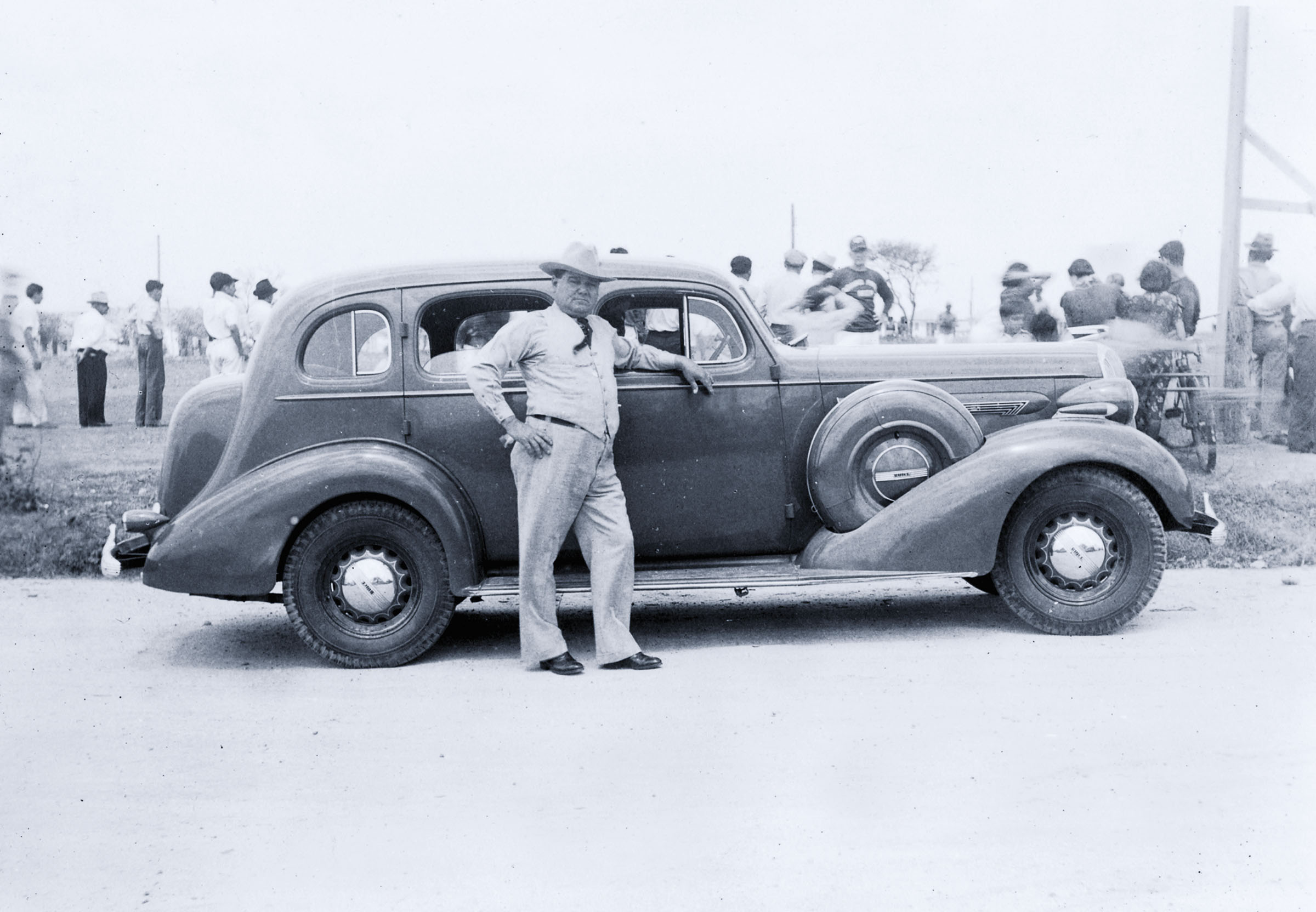 Rafael Galvan Sr. was a pioneering figure in Corpus Christi, serving as the city’s first Hispanic police officer and a founding member of the local League of United Latin American Citizens. Galvan (1887-1966) was also well known for his business pursuits, including the Laguna Fish and Oyster Co. restaurant and the Galvan Ballroom, which he opened in 1950. The historic venue, still in operation, hosted musical stars like Duke Ellington and Tommy Dorsey. While we don’t know what motivated Galvan to buy his 1936 Buick Roadmaster—the largest car Buick made at the time— we do know he and his wife, Virginia Reyes Galvan, had nine children. The car also would have been spacious enough for the club-owner to cart around musicians and their instruments. Or maybe he was simply enchanted with the open road. After all, on the day this picture was taken, he wore a Stetson Open Road hat.