Painted in 1938, the mural is still viewable at the old federal courthouse in El Paso 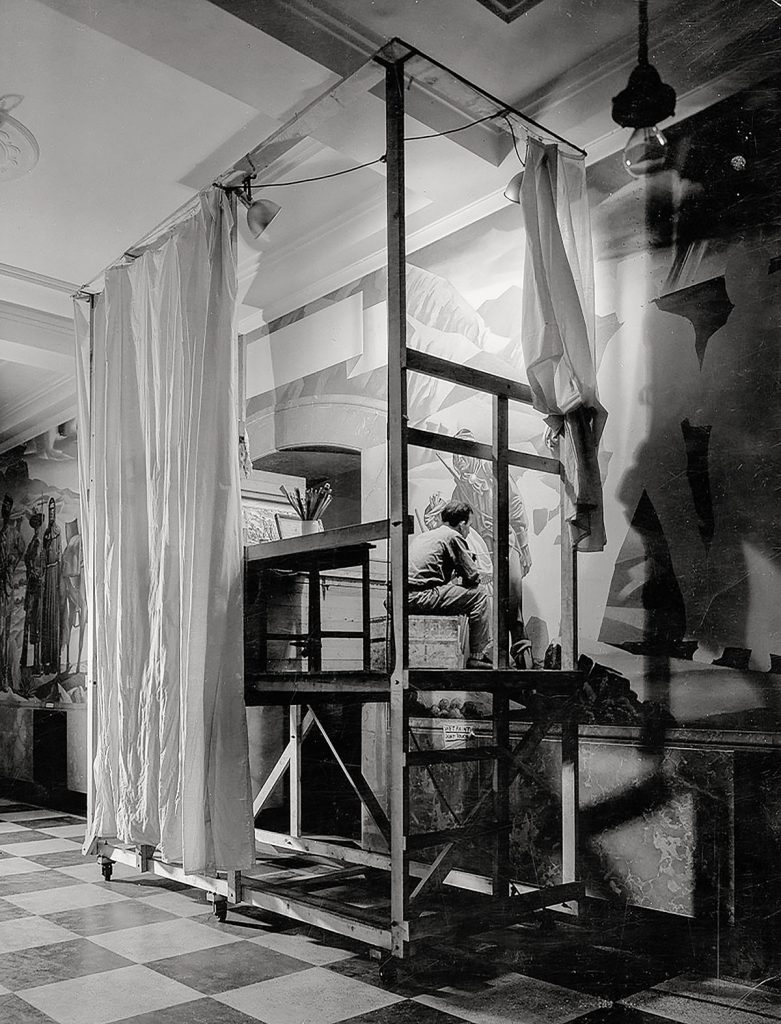 El Paso native Tom Lea, born in 1907, wore many hats over his 93 years, among them muralist, illustrator, historian, novelist, and World War II artist correspondent. In this 1938 photo, Lea is shown painting Pass of the North, his 11-by-54-foot mural in El Paso’s Federal Courthouse, where it is still on display. Lea spent one year and used 50 pounds of oil paint to complete the epic depiction of El Paso’s borderland history. Employing a movable scaffold, Lea glued strips of linen directly to the courthouse wall, then painted on the linen using painstaking one-eighth-inch strokes. “I tried to make [the mural] as authentic as I possibly could and had a great, great pleasure in doing that,” Lea told an interviewer in 1993 for an oral history archived at the University of Texas at El Paso. It was an eventful time in Lea’s life: While working on Pass of the North, he met Sarah Dighton, who was visiting from Illinois. He completed the mural on July 6, 1938, and married Dighton later that month. The couple lived the rest of their lives in El Paso, which is now home to the Tom Lea Institute, a nonprofit that preserves and promotes Lea’s work.