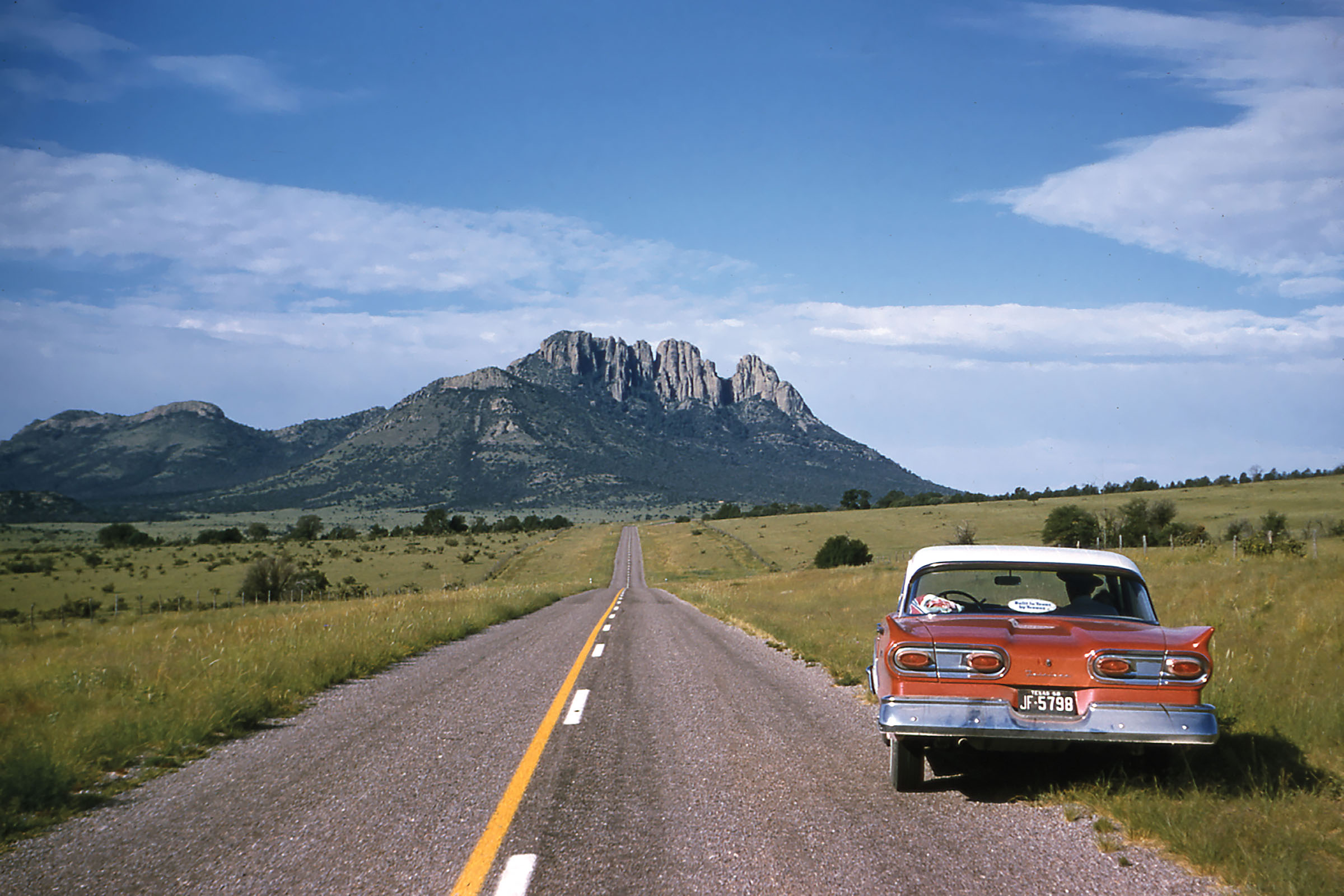 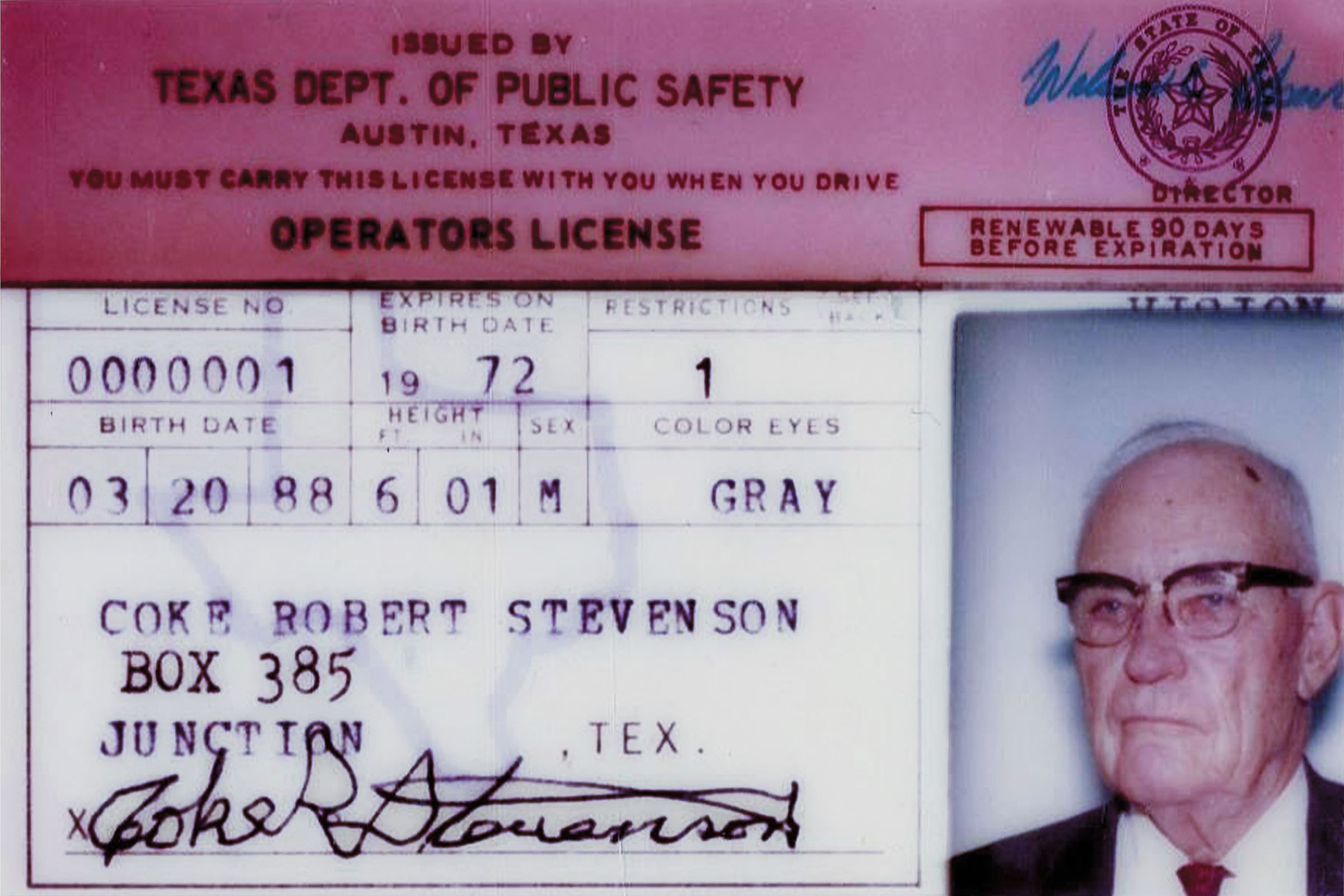 In summertime, Texans’ thoughts instinctively turn to wide-open spaces. Such was the case when former Gov. Coke Stevenson, along with his wife, Marguerite, and daughter, Jane, stopped for this photo in front of Sawtooth Mountain on the famed Davis Mountains Scenic Loop. Stevenson had a special connection with Texas roads: As speaker of the Texas House of Representatives, he helped pass the state’s driver’s license law, and in 1936 he was issued license No. 0000001. Ironically, Jane recalls, her father was a terrible driver. Born in 1888, Stevenson had more affinity for mules and horses, so Marguerite did most of the driving. Despite having only attended school through fourth grade, Stevenson served as governor, lieutenant governor, and speaker of the house—making him one of only two Texans to hold all three offices.