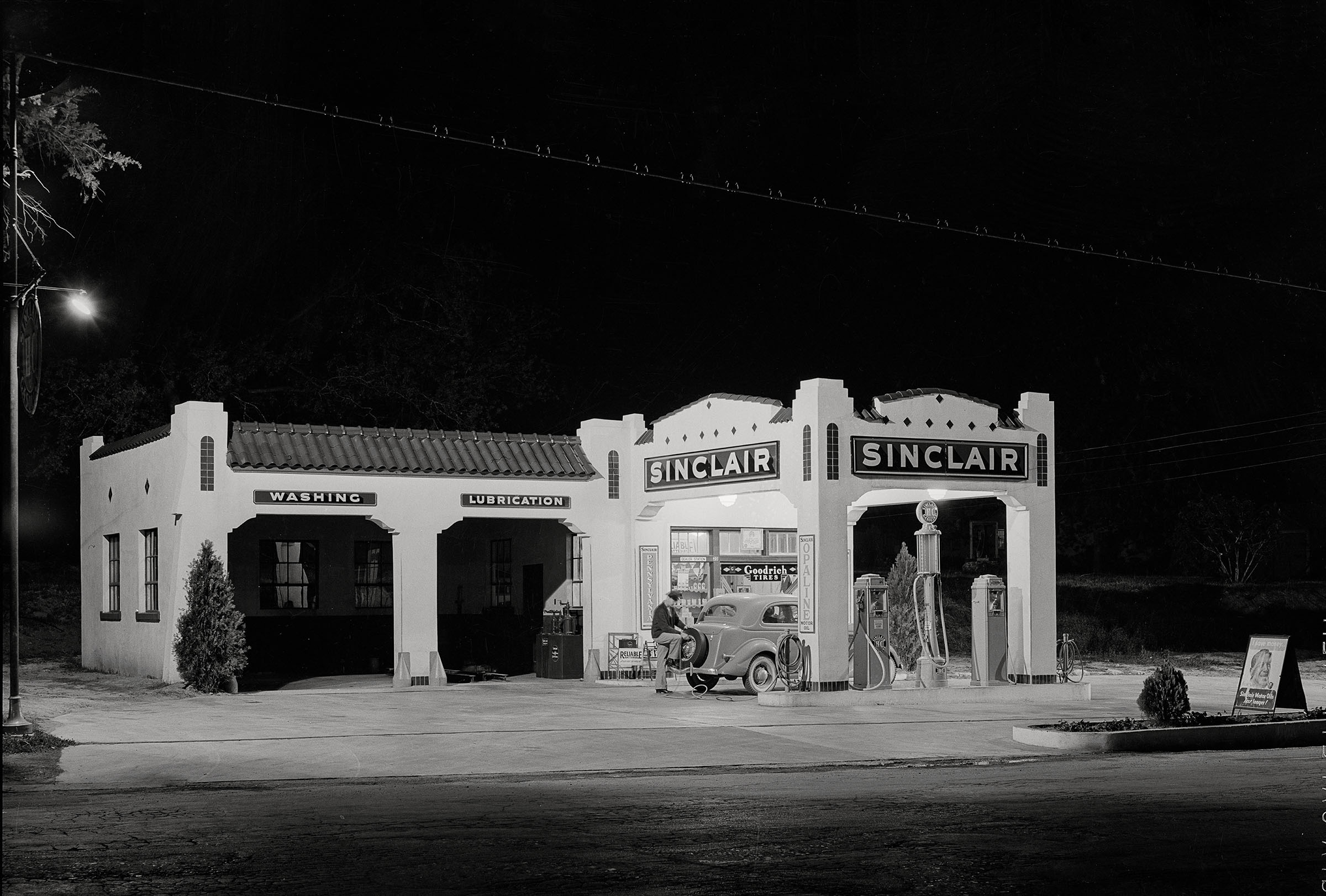 Photographer Russell Lee took this picture of a Sinclair service station in San Augustine while on assignment to document American life for the U.S. Farm Security Administration, one of President Franklin D. Roosevelt’s New Deal programs. Sinclair stations are easily recognizable because Consolidated Oil Corp., which owned the brand, used the same architectural style across the country. The stations were comprised of an office, multiple bays for servicing cars, and a canopy, and they featured Mission-style decorative elements, including green tile and stucco siding. Sometimes repurposed, sometimes vacant, many of those Sinclair stations built in the 1930s still stand. This one on East Columbia Street is now a used car lot. Gas cost 19 cents per gallon in 1939, the equivalent of $3.65 today when adjusted for inflation. Though so much has changed, what was true then remains true today: The night is dark, and Texas is vast. You’d better fill up.