Though a relatively short river, the San Antonio has played an important role in the history of Texas 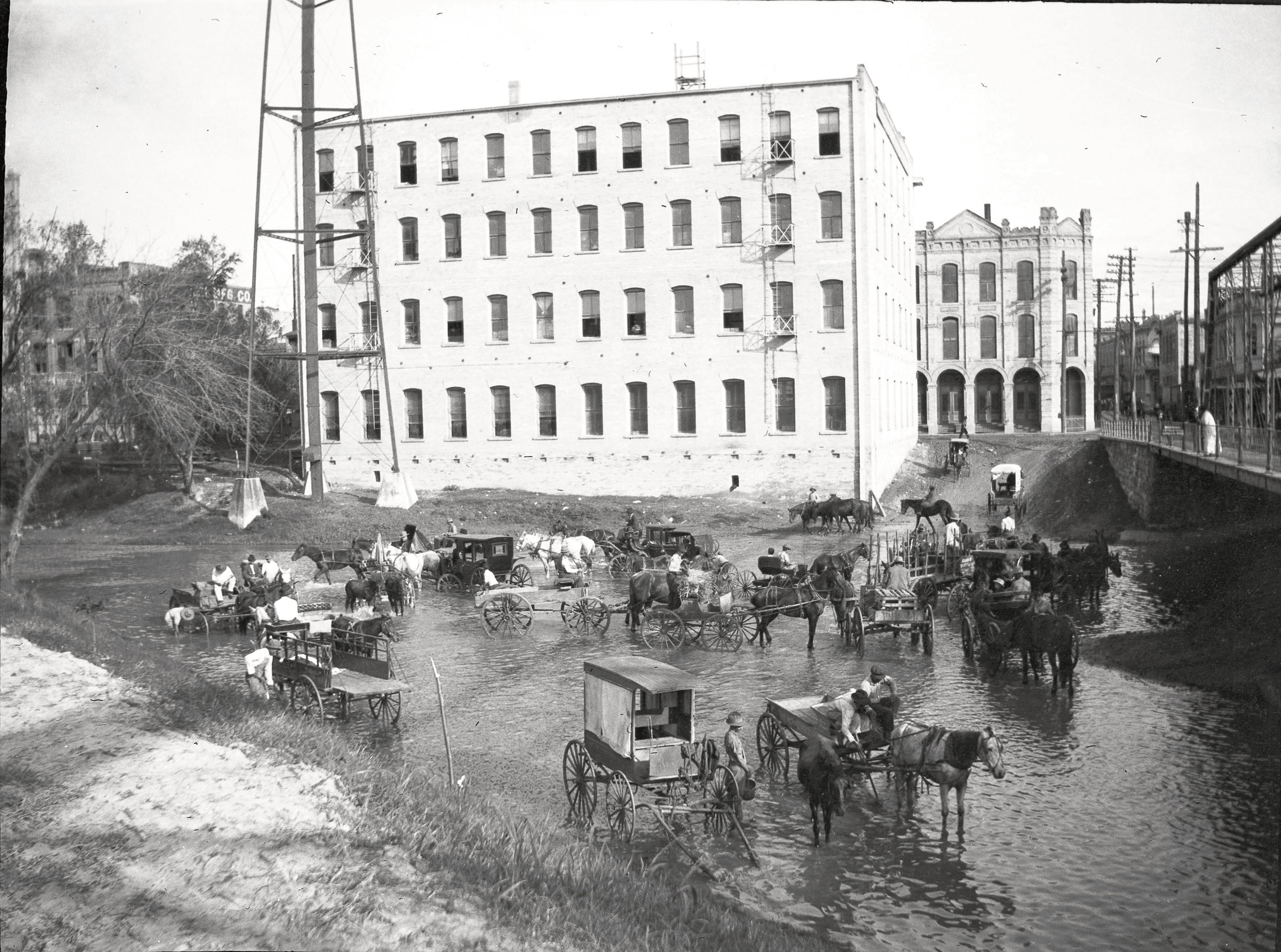 Though small by Texas standards, the San Antonio River has played an outsized role in the state’s history. Sustaining at least 11,000 years of human habitation, its spring-fed waters have been used for everything from drinking to cooking, bathing, fishing, irrigating crops, baptizing infants, powering mills, brewing beer, boating, and—as seen in this photo taken near the Navarro Street Bridge in downtown San Antonio—washing buggies. The river starts in San Antonio, charged by the San Pedro and San Antonio springs, and runs 240 miles to its confluence with the Guadalupe River near Tivoli, about 10 miles from the coast. In 1690, a Spanish expedition encountered the Payaya people living along the river. The tribe called its home Yanaguana, or “land of spirit waters.” Within 30 years, the Spanish had established San Antonio de Valero Mission, the genesis of San Antonio as we know it today.