Based in Dallas, the Commemorative Air Force offers rides on 41 different historic aircraft across the country 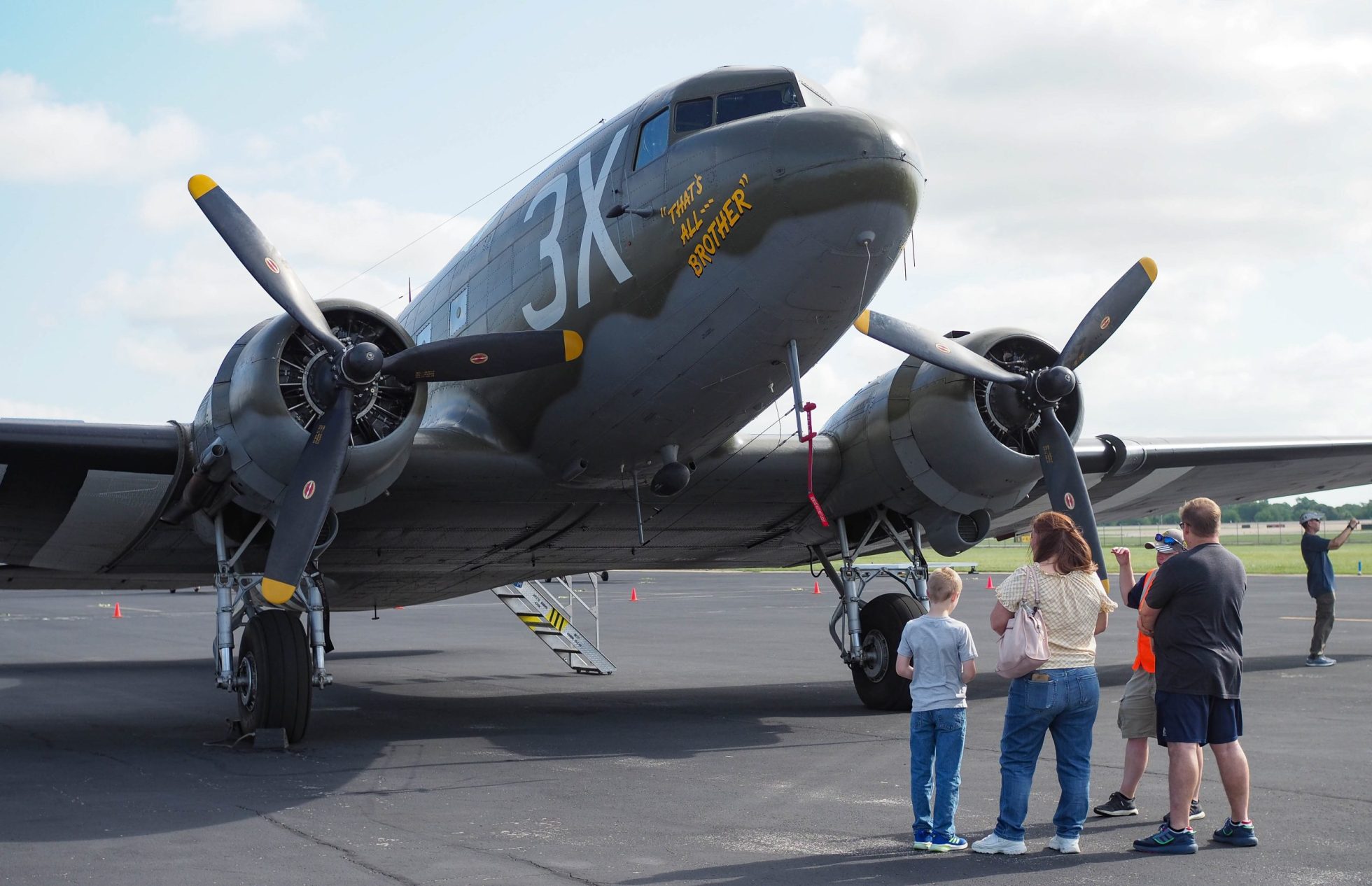 The Commemorative Air Force offers occasional opportunities for the public to ride on its fleet of vintage U.S. combat aircraft, including ‘That’s All Brother,’ a C-47.

A hulking green plane lumbers down the runway at Austin-Bergstrom International Airport, then lifts into the sky with a roar. Inside, nine passengers sit on hard metal bench seats, peering out windows as the propellers whirl. Nearly 78 years after leading the 101st Airborne Division as it carried paratroopers to Normandy, France, on D Day, the noisy C-47 curves westward, flying past downtown Austin and soaring over Lake Travis during a 30-minute tour.

The plane, named That’s All, Brother, is one of more than 175 aircraft owned and maintained by the Commemorative Air Force, a nonprofit group based in Dallas that restores and preserves U.S. combat aircraft. The organization raises money to maintain its fleet by selling rides at public events like this one. The group will host five such events in Texas this June and July (see sidebar.) Along the way, its members hope to pass on a little history.

“I want everyone to think about that day in England, and what it must have felt like for the paratroopers, knowing that their next step would be walking out into a war zone,” pilot John Cotter says before climbing into the cockpit.

In 1957, a group of former military pilots in the Rio Grande Valley pooled their money to buy a P-51 Mustang. They quickly added a pair of F8F Bearcats, and soon it became the mission of the group to save at least one example of every type of plane flown during World War II. They opened a museum in Mercedes, then moved to Harlingen as their fleet grew. Originally called the Confederate Air Force, the organization changed its name to the Commemorative Air Force in 2002.

Today it is based in Dallas, and aircraft are stored at different member “wings” around the country. 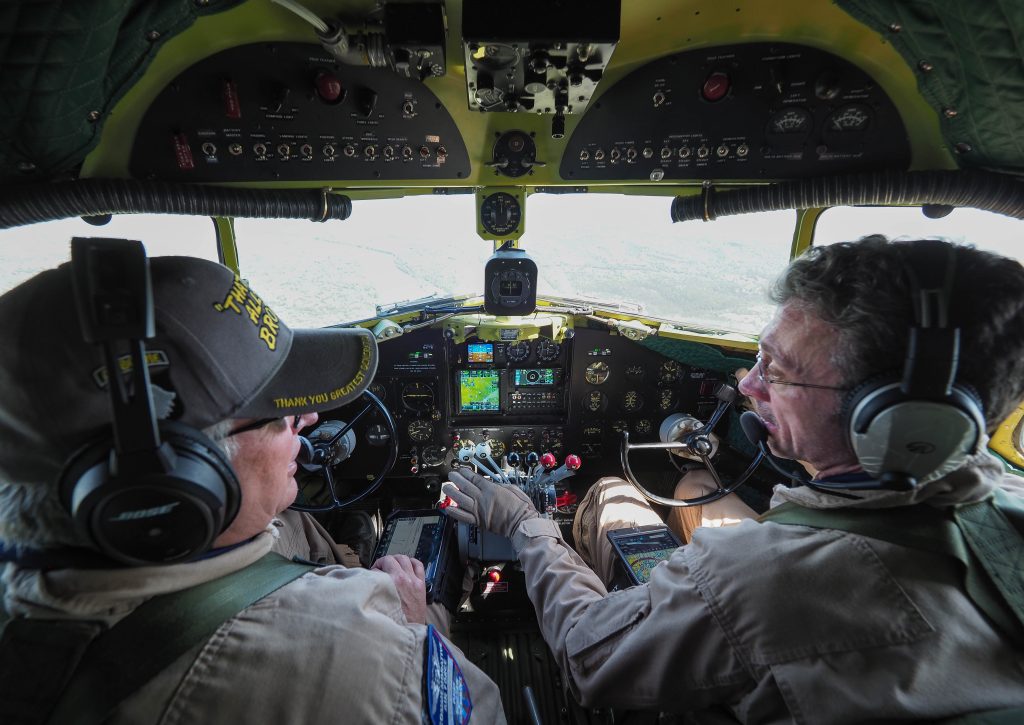 The cockpit of the C-47 ‘That’s All Brother’

That’s All, Brother was discovered in a junkyard in Wisconsin, where it was about to be gutted for spare parts. The group bought it, spent three years restoring it, then flew it across the Atlantic for a ceremony marking the 75th anniversary of D Day in 2019. The Central Texas Wing of the Commemorative Air Force now stores the plane at its home in San Marcos.

It’s no-frills and functional, with and black and white “invasion” stripes painted in front of its tail to identify it as part of the D Day force and a static line inside that automatically opened the troopers’ parachutes when they jumped.

The plane is just one of 41 Commemorative Air Force planes around the country used for public rides. Rides range in cost from about $100 to $1,000, depending on the aircraft.

The public can purchase rides in historic aircraft at these upcoming Texas events. Find more information and opportunities to purchase tickets at the Commemorative Air Force’s events page.

Barnstormer Saturday at Mid-Way Regional Airport in Midlothian/Waxahachie, June 4. The public can purchase rides on five aircraft, including “Ike’s Bird,” which served as Air Force One for President Dwight Eisenhower.

Devil Dog Rides Day in at Georgetown Municipal Airport in Georgetown, June 18. The public can purchase rides in a World War II B-25.

Austin Warbird Expo at Signature Flight Support at Austin-Bergstrom International Airport, July 1-4. The public can purchase rides on That’s All, Brother and five other aircraft, including the world’s only flying SB2C Helldiver dive-bomber.

Barnstormer Saturday at Fort Worth Spinks Airport in Fort Worth, July 9.