The Curious Historical Trend of Photographing Children in Goat-Drawn Carts 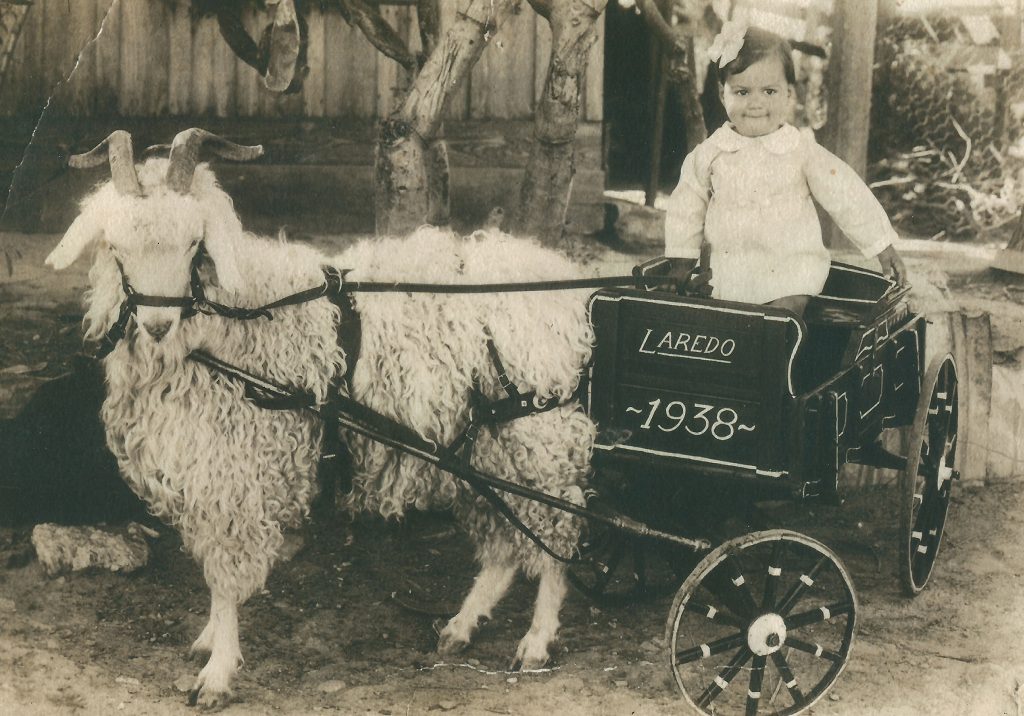 Given the ubiquity of cell phones today, it’s hard to believe photographers once carved out a living taking novelty pictures of kids in goat carts. The trend thrived in the early 20th century as itinerant photographers traveled the country, goat carts in tow, snapping photos for parents who were willing to pay. The vendors often decorated their carts with plaques noting the place and year, creating instant keepsakes. Such was the case for 3-year-old Beatrice Treviño Lopez, of Laredo, shown in this photograph submitted by her son Rod Garcia, of Ovilla. Beatrice, one of six children, comes from a family with deep South Texas roots, tracing its heritage to a 1700s Spanish land grant. Beatrice later moved to Houston and raised a family of four sons while working for the city of Houston for 30 years. Now 86, she lives in San Antonio. “This photo is both a treasured family heirloom and a tangible reminder of the ties that bind generations together,” Garcia says.