The Tex-Mex Christmas Tradition of Tamales 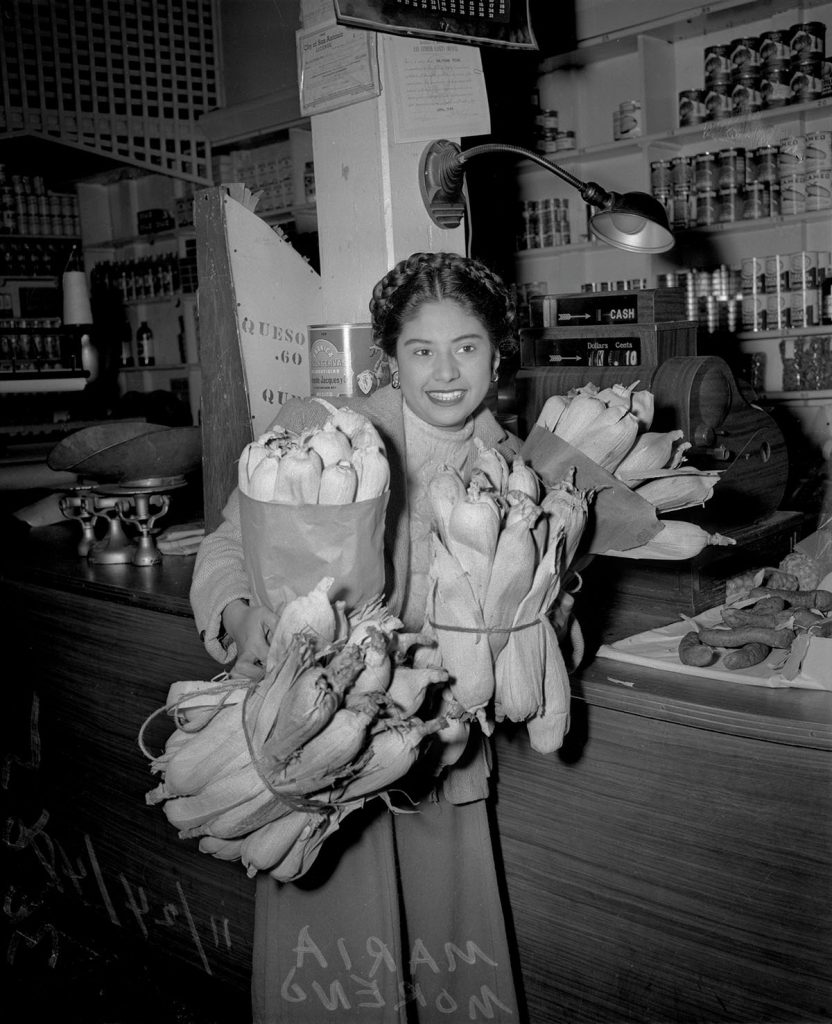 Stocking up to make tamales for the holidays, Maria Moreno stopped by a San Antonio shop to buy corn husks on Nov. 18, 1943. Nowadays it’s not unusual to see tamales with ingredients like cream cheese or black beans, but traditional tamales are simply a layer of corn masa wrapped around a meat filling and steamed in a husk. Tamales have been a diet staple since ancient times. Archeologists believe Mesoamericans ate tamale-type dishes as long as 8,000 years ago—about the same era that people in Mexico began transforming native teosinte grass into the corn plant as we know it. Making tamales has always been laborious, which is why friends and family often come together in social gatherings called tamaladas to share the work. “No West Side housewife would be caught Christmas week without a batch of tamales,” Moreno told the San Antonio Light on that autumn day.