Curated by Traces of Texas

Written by Peter Obering | From the November 2019 issue | Updated: October 31, 2019 | Filed Under: HistoryPhotographyThings to Do 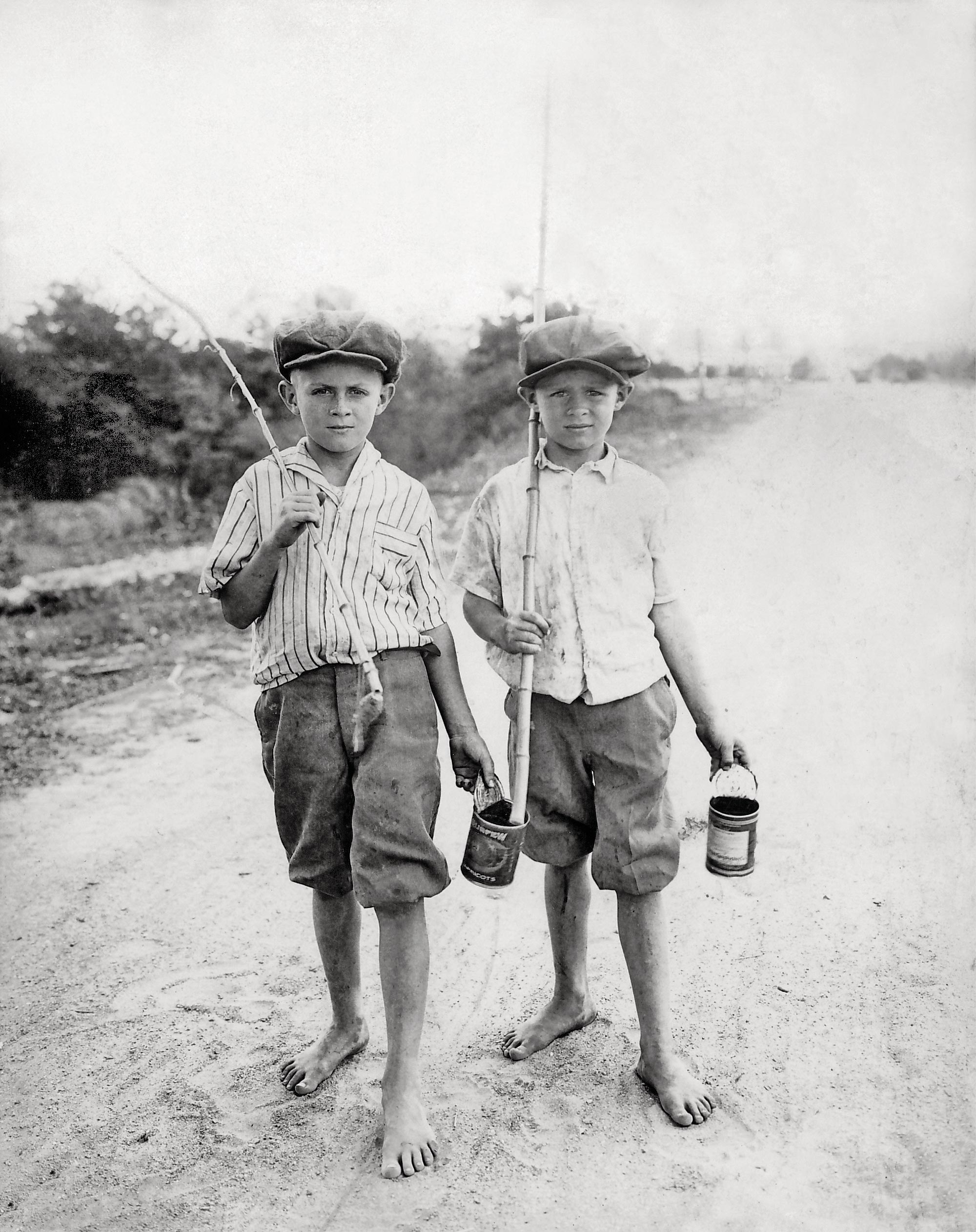 World War I is over, and the Jazz Age is on. Prohibition is the law of the land. Bootleggers are running booze, flappers are pushing social mores, and the Great Depression is brewing. None of that concerns Johnny and James Hayes, though. All they can think about is a giant catfish. Everything about this photo, taken by their father, Dallas Times Herald photographer James (Denny) Hayes, is period-perfect: the knickers, the caps, the cans of worms, and the cane poles. While we don’t know where in Dallas the photo was taken, the city—home to about 200,000 then—was growing rapidly. It’s a Texas that no longer exists, a place of sweet memories. Both boys later became photographers themselves. But on this day, there are fish to be caught, and little else matters.

Know of any fascinating vintage Texas photographs? Send copies or ideas to tracesoftxphotos@gmail.com.