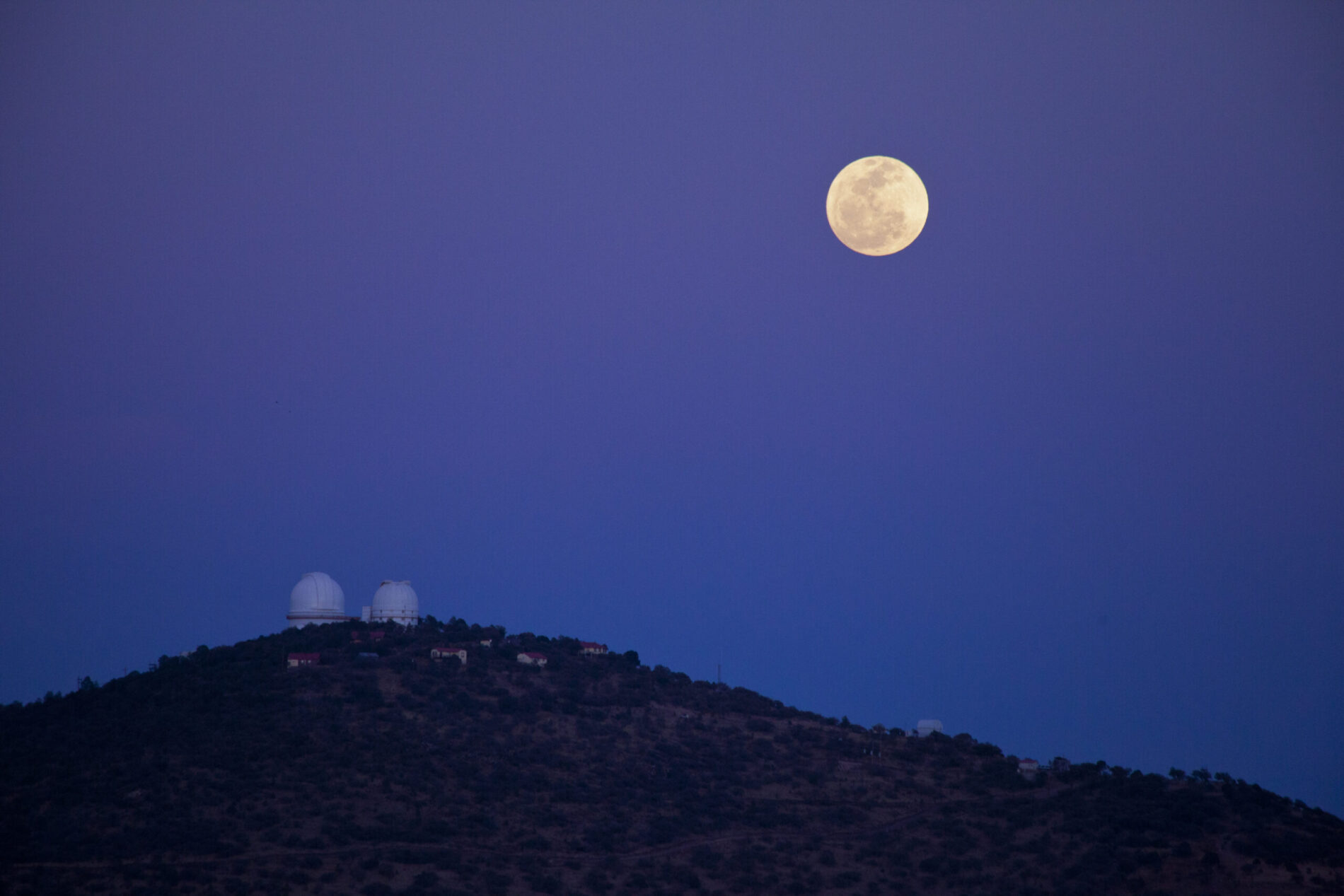 The University of Texas McDonald Observatory on Mount Locke in the Davis Mountains. Photo by Will van Overbeek.

Did you know that stars shine so bright in the West Texas desert that you can see in the dark on a clear night? I sure didn’t, until an overnight stay in Terlingua some years ago. That’s when I discovered I didn’t need a flashlight or other lighting assistance to get from the bunkhouse to the outhouse and back. Starlight illuminated the way.

About 85% of Texans live in cities or close enough to urban areas to be denied the ancient pleasure of a dark sky. For many, light pollution is an accepted fact of modern life.

Now, an even bigger swath of land in West Texas, home of some of the darkest skies in North America, is on the verge of becoming the state’s largest area under designated dark skies.

The University of Texas McDonald Observatory, located in the Davis Mountains 16 miles west of Fort Davis, is collaborating with counties, cities, and towns in the vicinity in pursuit of IDA certification of a “Greater Big Bend International Dark Sky Reserve,” which would cover 15,358 square miles, making it the largest officially designated dark sky zone on earth.

A major step in that process was completed in July when the Presidio County Commissioners Court and the city councils of Alpine and Marfa voted to adjust their lighting standards to meet IDA standards, following similar votes by commissioners in Reeves, Brewster, and Jeff Davis counties, along with the town councils of Balmorhea, Valentine, and Presidio.

The unified response was orchestrated by Bill Wren, the special assistant to the superintendent at McDonald Observatory. Over Wren’s 25 years at the observatory, he’s grown into the position of Dark Skies Coordinator in response to increasing light pollution relatad to oil-and-gas development in the nearby Permian Basin.

Wren grew up in the Missouri hills outside Kansas City where bright stars and dark skies were a matter of course. “I had a starry sky like wallpaper,” he says. At 15, his family moved to Houston. “It took some trips outside the city for me to realize what I was missing in the city,” he says. “The number of places with dark skies was rapidly shrinking.”

He’s been advocating for dark skies ever since. The international dark sky reserve idea was not a hard sell to local Trans-Pecos and Big Bend communities. “Almost everybody in the region values the night sky,” Wren says. “The number of places with dark skies are rapidly shrinking. Most locals recognize the dark sky as a value of this region, an asset that attracts tourists.” More than 100,000 visitors trekked to McDonald Observatory on Mount Locke in 2019.

Wren’s also received mostly positive response to his outreach in the Permian Basin. “The oil and gas business people who have adopted our recommended practices will tell you the kind of lighting we are trying to promote is better visibility, increased worker safety, and cost-efficient. Forget the night sky. For the end user, it’s a good deal, you know what I’m saying?”

The observatory has advocated for smart lighting, including shielding and covers, since the 1970s. “When the oil-and-gas boom took off around 2008, it became my full-time responsibility,” says Wren.

The efforts so far have paid off.

“[Increased lighting] hasn’t interfered with our ability to produce science and do observation and research here,” Wren says. “The brightening we see in the Permian Basin is down low to the horizon. The sky overhead is of astronomical interest. We haven’t been hampered, but certainly the potential is there if oil and gas activity comes closer to the observatory, and if they continue to use the same legacy practices of ‘the brighter, the better’ approach. We could be in a world of hurt.”

Until he retires at the end of the year, Wren plans to continue advocating for dark-skies awareness and push the Greater Big Bend International Dark Sky Reserve towards completion.

“We’re the University of Texas,” he says. “We’re not the lighting police. We’re not beating anybody over the head with an ordinance. We’re not enforcing anything. We are trying to show people what good lighting is, and help convince them it’s in their interest to adopt it.”

And maybe even convince them they really can see in the dark where the stars at night are big and bright.