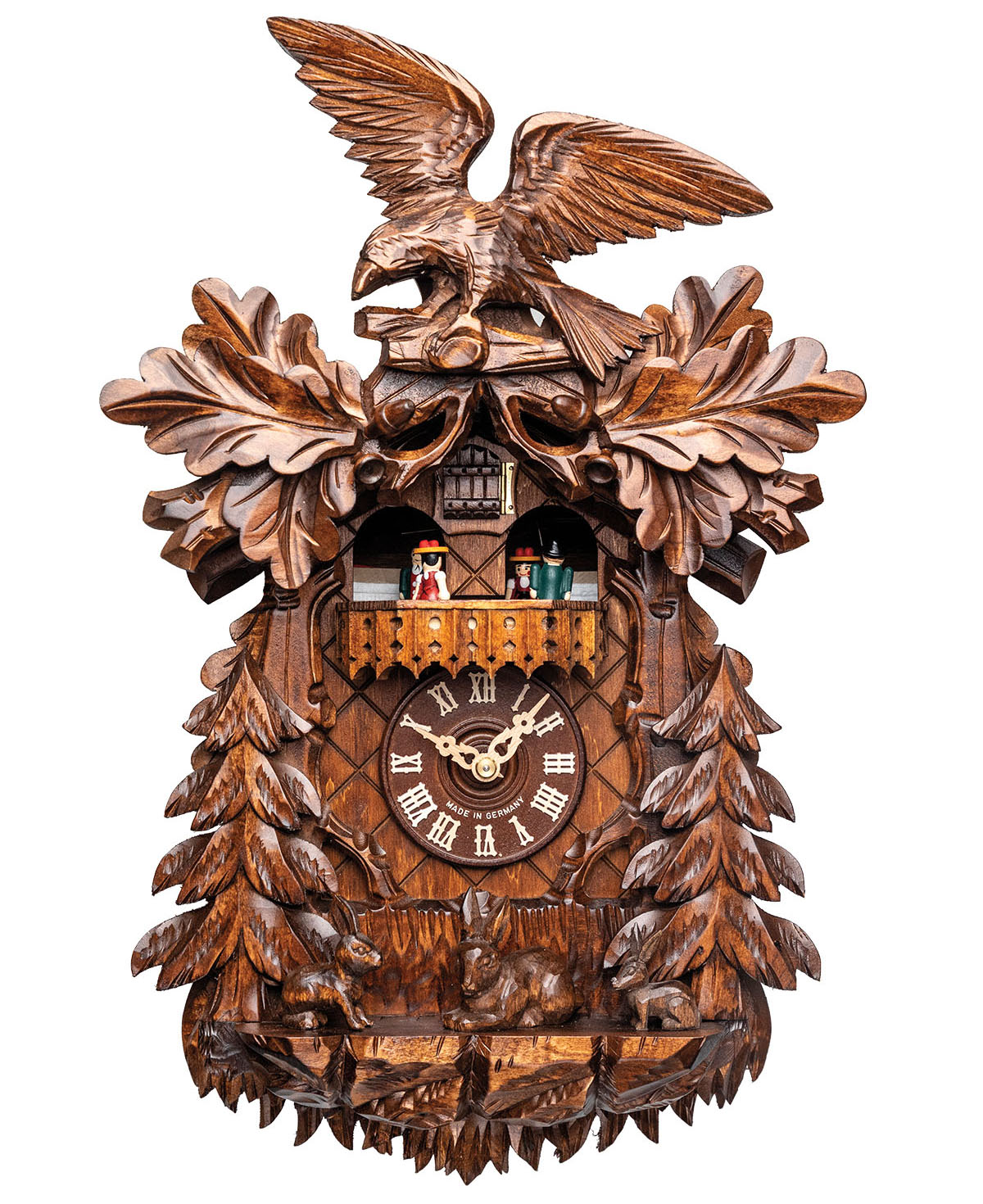 Inside the Kuckuck’s Nest in Fredericksburg, country tunes emanate from a small radio. But that’s not the only music playing. There’s also quiet ticking and sporadic cuckoos marking the passage of time.

Store owner Paula Kager sells authentic German products like lederhosen, dirndls, and beer steins. She also stocks genuine cuckoo clocks, timepieces believed to have originated in Germany’s Black Forest, where the Brothers Grimm supposedly sought inspiration for fairy tales like “Sleeping Beauty” and “Hansel and Gretel.” Kager grew up in Ludwigshafen in southwestern Germany and remembers spending time as a child at her grandparents’ home. With great anticipation, she would sit by their clock, waiting for the cuckoo bird to arrive. “It seems like every house had one,” Kager says. “We’d tell Opa, ‘Make it move! Make it cuckoo!’”

After moving to Fredericksburg, a German enclave celebrating its 175th anniversary this year, Kager opened her business in 2015. She began importing and selling cuckoo clocks upon request. Kager’s new and vintage pieces—from $200 to $1,800, with larger designs reaching upward of $5,000—are mostly all handmade in the Black Forest. Cuckoo clocks are delicate devices, but one look at their mechanics reveals a solid network of gears, bellows, and heavy pine cone weights.

Traditional German cuckoo clocks typically have leaves, goats, and dogs carved into the wood. Kager’s collection—made by notable manufacturers like Hekas—includes these and more. Some of her chalet clocks feature men drinking beer or chopping wood, while others show dancing maidens, accordion musicians, hand-painted edelweiss flowers, and Saint Bernard dogs. Each clock is slightly different, but tucked inside all but the least-expensive clocks is a cuckoo bird ready to spring forth and sing on the half-hour and hour.

“Cuckoo clocks have been in existence for hundreds of years,” Kager says. “If you go to Germany, a cuckoo clock is a must to bring back.” Until then, a visit to the Hill Country will do.