Netflix’s ‘Cheer’ Returns to the Mat for Season 2

The next installment of the hit docuseries shows the consequences of fame for Navarro College and introduces us to another Texas junior college cheer juggernaut—Trinity Valley Community College. 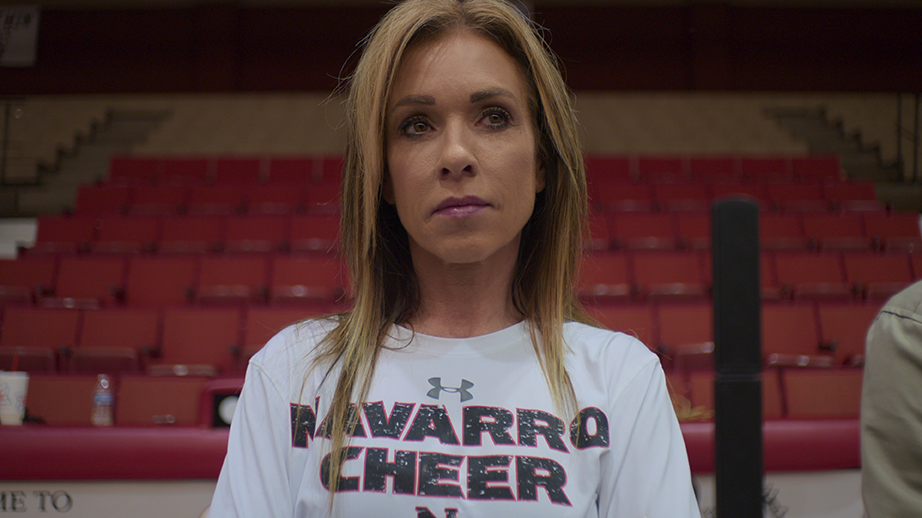 *This story contains spoilers for Season 2 of Cheer*

In January 2020, Netflix took us into the world of all-star competitive cheerleading with Cheer, a docuseries about Navarro College’s 14-time championship cheer team from Corsicana. Created by Greg Whiteley, who also directed and produced Last Chance U, the show followed the team’s 2019 season culminating in the national cheerleading championship in Daytona. Viewers fell in love with coach Monica Aldama and the cheerleaders as they persevered through challenges both on and off the team. For most of them, cheerleading was a road to a better life. The show proved to be a hit for Netflix and propelled its stars to pop culture figures almost overnight.

Unbeknownst to us, Whiteley and his crew resumed filming just as Season 1 debuted. In Season 2, which launches on Jan. 12, viewers see how the newfound fame affects the breakout stars while other teammates struggle with living on the sidelines. Aldama tries to steady the ship amid press interviews, new opportunities for her athletes, and the typical drama of “making mat,” or qualifying for the competition team. There is also the elephant in the room—Jerry Harris. The first episode opens with the acknowledgment of the sexual misconduct allegations and federal charges currently pending against one of Season 1’s most popular characters. As reported in The New York Times, Harris faces federal charges related to child sexual abuse imagery. Harris, who remains in custody, has pleaded not guilty.

Harris is very much part of the first half of the season, which sometimes feels uncomfortable. All of this tension and a scandal begs the question: Can Navarro hold onto what makes them a strong squad in competition?

The bright spot of the new season is the competition between Navarro College and Trinity Valley Community College, a rival from Athens. Season 1 briefly introduced the plotline, while Season 2 explores the rivalry in more depth. After all, as one of Corsicana’s residents says, “It’s not win or lose. … In Texas, it’s about winning.” Both of these squads have a history of bringing home trophies. 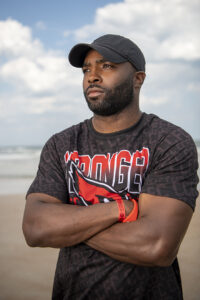 Although Trinity Valley’s heart and dedication shine through, the squad plays the role of underdog. In fact, the two schools compete for talent. Trinity Valley coach Vontae Johnson is looking to reclaim the school’s title as one of the best cheer teams in the country. Prior to Aldama’s arrival at Navarro, Trinity Valley attracted the best cheerleaders. Under Aldama, showmanship and choreography elevated Navarro. A new rule against Trinity Valley cheerleaders simultaneously participating on all-star competition teams didn’t help its recruiting efforts either.

Season 2 retains the heart and the atmosphere of intense athletic competition that made Season 1 compelling. There are still tears and disappointment of not “making mat.” We hear those vulnerable stories about how growing up wasn’t easy for newcomers like Maddy Brum, Gillian Rupert, and Brooke Morosca. The show also provides a rare snapshot of life in small-town Texas, through the unique lens of competitive cheerleading. At times, the execution of Season 2 feels a bit messy—the first four episodes drag on a bit long as we build up to the pandemic and cancellation of the 2020 competition season. But considering the onset of the pandemic, the approach also reflects the turbulence of the times. What hasn’t felt a bit messy over the past two years anyway?