Tracing history along the Bankhead Highway 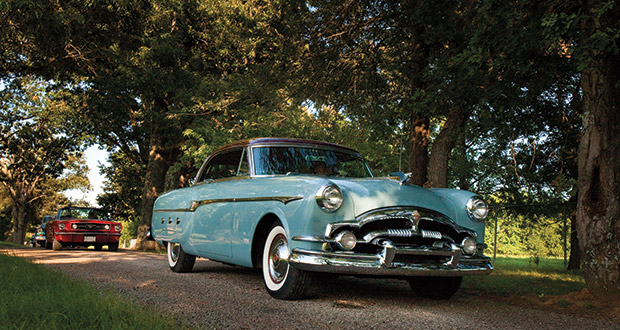 Just outside the quaint East Texas town of Mount Vernon, County Road 2025 stretches ahead like a postcard from the past. An unbroken tree canopy arches over a narrow dirt road, forming a two-tone traveler’s tunnel—green on top, brown on bottom. I fully expect a Model T Ford to round the bend any moment.

For Bankhead Highway history, a smartphone app, maps, and events, explore the Texas Historical Commission website, www.TexasTimeTravel.com. The Bankhead Highway Visitors Center/Henry Clay Thruston House is at 175 CR NW 1010 in Mount Vernon, one-fourth mile west of US 67/US 37. Open by appointment; call 903/537-4760 or phone numbers on the front door. 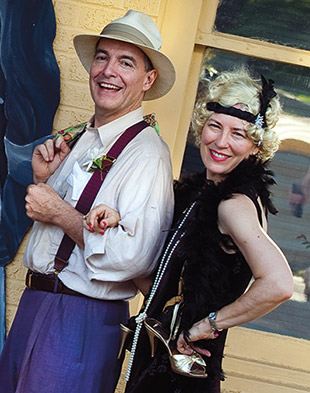 Call ahead to confirm dates and activities.

The Military Vehicle Preservation Association will retrace the Army’s 1920 Bankhead Highway convoy route with a caravan of about 60 historic military vehicles across the nation, including in Texas from October 2-10, 2015. Visit  for more information.

Sisters on the Fly, a women’s outdoor adventure and culture group, retraces the Bankhead across Texas in vintage trailers, from El Paso to Texarkana, April 6-26, 2016. Call Leeann Moore, 325/242-3733.

Plenty of Model Ts traveled this humble lane after it appeared on the Authentic Road Map and Motor Tourist Guide of the Bankhead Highway, published in 1922. The Bankhead served as the first southern transcontinental driving route, largely pieced together from existing rural roads and city streets. Making up part of the “Broadway of America,” the Bankhead ran from Washington, D.C., to San Diego, California, roughly a third of it spanning some 900 miles between Texarkana and El Paso.

At first, trekking the Bankhead proved slow and adventurous on dirt roads that became mud pits during rainstorms. Roadside garages, gas stations, cafés, and motor courts were just beginning to pop up, so drivers had to plan ahead. Yet car ownership in the Lone Star State had already soared exponentially from fewer than 200 in 1900 to 125,000 by 1916, the year the Bankhead was proposed. Texans were eager to drive, and the Bankhead beckoned as the original Texas road trip.

A century later, I’ve come to retrace the venerable road at Mount Vernon, one of three pilot cities—along with Weatherford and Big Spring—that are part of a heritage tourism initiative of the Texas Historical Commission. The commission project encourages historically inspired travel along the old Bankhead and the modern routes that replaced it, including US 67 and US 80; Interstate highways 10, 20, and 30; and main streets in dozens of cities. Commission researchers spent two years surveying the five alignments that the Bankhead traversed from the years 1921 to 1961 (the route was realigned as traffic patterns changed), following early tourist guides and highway maps. They identified 2,700 road-related relics, from gas stations and diners to tourist camps and historic bridges. The commission rolled the findings—along with maps, videos, and photos—into web-based travel aids including a mobile app and downloadable Google Earth map.

To get my Bankhead bearings, I drive to County Road 1010, accessible from US 67/US 37 just west of Mount Vernon, to the Bankhead Highway Visitors Center. The center occupies the restored dogtrot home of Henry Clay Thruston, who is believed to have been the tallest soldier of the Civil War, standing seven feet and seven inches tall. The Confederate colonel’s turquoise-blue farmhouse features period furnishings that replicate the style of a Texas Victorian-era farmhouse of the 19th Century. Along with memorabilia and photos of Thruston, the center houses a quilting frame where local residents still practice the quilting tradition. A covered picnic pavilion offers easy access to the head of a mile-and-a-half walking trail that winds through a wooded nature preserve.

Back on US 67, I trace the old Bankhead east along Main Street to Mount Vernon’s picturesque courthouse square. On several old buildings I spot four-by-eight-foot photomurals commemorating the Bankhead era. One mural shows a 1945 photo of a young woman lounging on the square with the Franklin County Courthouse in the background. An information panel recounts how the Bankhead changed downtowns from places for tethering horses into stopovers where travelers could relax and shop.

That’s just what happened in Mount Vernon, explains local historian B.F. Hicks, who grew up on the Bankhead. “When the Bankhead came through, it became the economic lifeblood of our town,” he says. “There was constant traffic and six gas stations within a block of the square. On Saturdays, folks would back their cars up to the square to socialize and watch traffic go by.”

I encounter a similar scene at the restored 1912 courthouse, where a dozen gleaming old cars sit backed up to the square. It’s a classic car show staged to boost interest in the 2016 Bankhead Highway centennial, which will feature commemorative events in Mount Vernon and other towns along the route. I mingle with others ogling the oldest of the vehicles, a forest-green 1934 Hudson coupe with a rumble seat.

Dale Truitt, a classic-car collector from Commerce who brought his blue-and-white 1956 Studebaker station wagon to the Mount Vernon gathering, has become such a Bankhead fan that he is organizing a centennial caravan of 50 to 100 period cars to drive the route from Texarkana to Odessa (April 21-24, 2016). “I’m excited about new interest in the old road,” he says. “The Bankhead was an idea as much as a route. It was meant to bring commerce to Southern states that hadn’t modernized after the Civil War.”

Indeed, Southern cities clamored to be on the Bankhead, explains author Dan Smith, who I meet on the Mount Vernon square. The retired Fort Worth meteorologist traveled virtually every mile of the Bankhead in Texas to retrace the historic road for his spiral-bound road guide, The Bankhead Highway in Texas (Bankhead Highway Publishing, available on Amazon). In 1916, a colorful Alabama promoter named John Asa Rountree started the Bankhead Highway Association to establish an all-weather transcontinental route.

“Rountree sent carloads of pathfinders to explore for the best roads and routes to include on the Bankhead Highway,” Dan says. “The pathfinders were well-known figures, company officials, and college presidents, who got big welcomes wherever they went.”

Rountree cleverly named the route after U.S. Senator John H. Bankhead of Alabama, chief sponsor of the Federal Aid Road Act of 1916, which created the federal-state highway funding model still used today. The catch was that in order to get federal funding, a state had to have a highway department, which Texas didn’t at the time. Eager to see the Bankhead routed through Texas, the state Legislature created the Texas Highway Department in 1917 with a mandate to “get the farmer out of the mud.” The Bankhead route between Texarkana and El Paso would officially become Texas State Highway 1 in 1919, although signs on the route called it both “Bankhead Highway” and “State Highway 1.” To avoid traveler confusion over named roads in Texas and across the nation, the federal government adopted the national numbered highway system in 1926.

Back on US 67, heading east from the Mount Vernon square, I come across more roadside relics. Two former Gulf Oil stations—one from the 1960s is now a carwash; another from 1928 has been restored to serve as a retail shop or gallery—recall the era of full-service filling stations, when an attendant serviced and gassed up your car while you sat behind the wheel. At the Cake Lady Bakery Cafe, which occupies the former home of the 1965 Alp Cafe, I sample delicious pecan pie—just as travelers have for 50 years. Two miles east, I pull into a historic roadside park and rest at a native iron-ore stone picnic table that looks as solid as the day it was built in 1939. As I watch traffic speed by and ponder the generations who passed this way before, I pledge to check out more of the hundreds of other historic sites that sit along the old Bankhead Highway—hiding right there in plain sight.