The Corpus Christi native works her way to the top—one carve, jump, and spin at a time 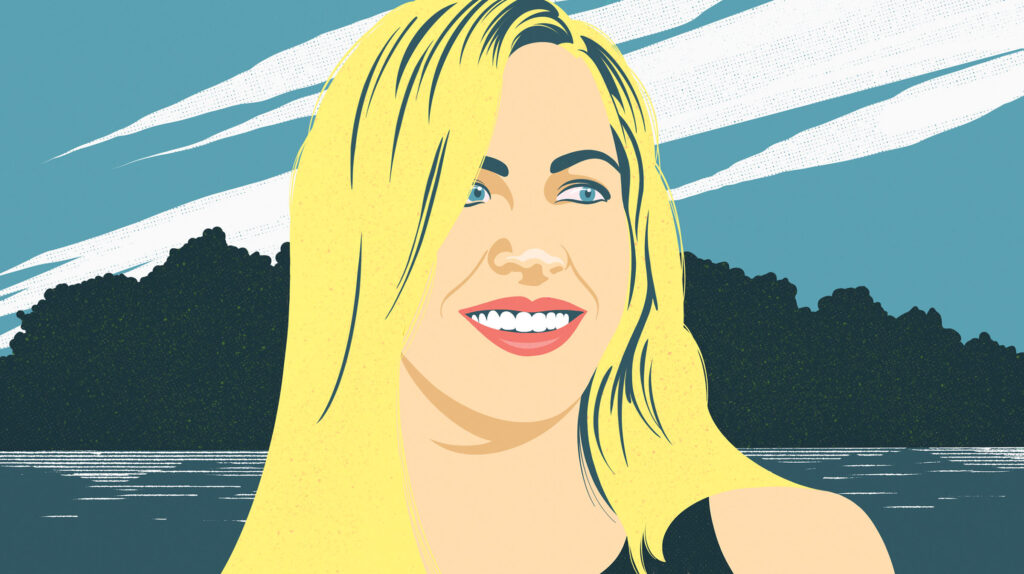 Growing up in Corpus Christi, Ashley Kidd splashed through waves on a boogie board and told her mom that one day she’d become a real surfer. Then, when she was about 5, her aunt showed her a hermit crab, and she discovered that fish and sharks also lurked under the Gulf of Mexico’s surface. “After that, I was traumatized by any type of water that had sea life in it,” Kidd says. “I wouldn’t even go into a lake until I was 12.”

Eventually, Kidd’s mother persuaded her reluctant daughter to dip her toe into Medina Lake, where they had a vacation home, by promising (wink, wink) that no fish lived there. Kidd soon learned to wakeboard—akin to water-skiing on a surfboard—on the same lake. Then in 2009, when she was 15, Kidd’s older brother, Billy Wilson, joined her for an outing. “He came out on the boat with us and was wakesurfing and said, ‘You have to try this.’ I did, and from that moment I was obsessed.”

Kidd proved to be a natural at the sport, which involves surfing behind a motorboat. Wakesurfers don’t hold onto a tow rope; instead, they surf the continuous waves generated by the boat. A year later, in 2010, Kidd won second place in the women’s amateur division of the World Wake Surfing Championship in Minnesota. When she was 18, Kidd moved to Austin to be closer to Lake Austin and Lake Travis, both prime spots for wakesurfing.

Kidd won the first of her five world championships when she was 19, and today, at 26, she is known for high-flying tricks and an aggressive style. As a professional, she competes around the globe, teaches up-and-coming athletes, stars in instructional videos, and works with an array of gear sponsors. Currently, Kidd is in the midst of the summer wakesurfing season and working toward the World Wake Surfing Championship, which will be held in October at a to-be-determined Texas location.

TH: How do you describe the sport to people who are unfamiliar with it?

AK: It’s a cross between surfing in the ocean and skateboarding. You get up on a wakesurf board [holding a tow rope attached to a boat], then you drop the rope so you’re surfing the wake behind the boat. If I’m not trying any tricks, I could literally stand there all day. The cool thing is, it’s a pretty mellow sport—if you fall, you’re falling into the water, so just about anybody can try it. You’re really close to the boat, so it’s more social, and you’re only going 11 mph, so it’s not hard on your body.

TH: How is wakesurfing judged in competitions, and what makes you stand out from the crowd?

AK: A lot of it is subjective. The organiz-ers set up two buoys, and you get two 45-second passes to do all your tricks. You get scores for the intensity of tricks that you do, the variety of tricks, the execution, and difficulty. What makes me stand out is that I’ve been the first girl to land some of my tricks, and I always try to perfect those tricks and go as big as I can. Bigger stuff looks cooler.

TH: What wakesurfing accomplishment are you most proud of?

AK: It’s always a satisfying feeling to bring new tricks into the women’s category. A lot of the guys think it’s really cool that I’m pushing the girls. They’re usually pretty positive and supportive. A lot of people tell me I should compete with the guys. Four years ago, I entered an event that didn’t have a girls’ division. I did it more to make a statement, and I did compete against the guys. It was before I had some of the tricks I have now, but I beat a couple of them. And in 2014 the Competitive Wake Surfing Association named me Female Athlete of the Year—the first time they ever gave that out.

TH: Do you have a signature move?

AK: One of my signature moves is a really big air reverse. You flip the board up in midair and the tail of it goes so high, then you land and spin it so you’re facing front again. I’m also the only girl doing a three-shove, where the board does a complete 360 underneath me while I keep facing forward. That trick took me a couple years to perfect.

TH: How do you perfect a move?

AK: It’s all done behind the boat. A lot is trial and error, trying a trick a million times. And I spend a lot of time on the water.

TH: Do you train year-round?

AK: Yes. I wear a wetsuit and bring blankets in the winter, and I have a heater on my boat. When I get out of the water, I put the heater vent under the blanket. Even if I’m not wakesurfing, I still work out every day. I’m big into Orange-theory Fitness, yoga, weight training, Pilates, spin classes, and snowboarding.

TH: How does Austin stack up on the global wakesurfing scene?

TH: How has the wakesurfing scene changed over the years?

AK: When I started, I didn’t have the best waves or the best equipment. They didn’t make boats for wakesurfing, so the boat would lean over on its side. [Before manufacturers started making specialty boats, wakesurfers would weigh down one side of the boat with water bags to create a bigger wake.] People would be like, “They’re sinking!” The tricks that people are doing now have progressed to a level that I didn’t think we’d ever get to, and we’re seeing celebrities and people all over the world doing it.

TH: How does surfing behind a boat compare to surfing in an ocean?

AK: Surfing in the ocean is a lot harder because you have to read the wave constantly, and it’s always changing. You have to paddle out, and it’s a different wave every time. In wakesurfing, the wave stays the same the whole time, so you can focus on the same trick until you have it perfected.

TH: What do you do when you’re not wakesurfing?

AK: I like hiking, especially in the Hill Country around Austin at places like Hamilton Pool or Bull Creek. I just like being out in nature where it’s quiet and pretty, and my dog, Bailey, loves it. She’s a Siberian husky. She goes with me every time I’m on the boat, too.

TH: Where are your favorite places to travel around the state?

AK: I love the beach around Corpus Christi and all of the Hill Country areas, including Medina Lake and Austin. I love all of the hills and trees all over the place.

TH: You have a regular presence on Instagram and YouTube. What’s your approach to social media and how important is it to your brand?

AK: I try to be as authentic as possible on my social media and grow the sport as much as I can through it. It is very important to me to represent wakesurfing in a great way for children and families, and to get more women riding.