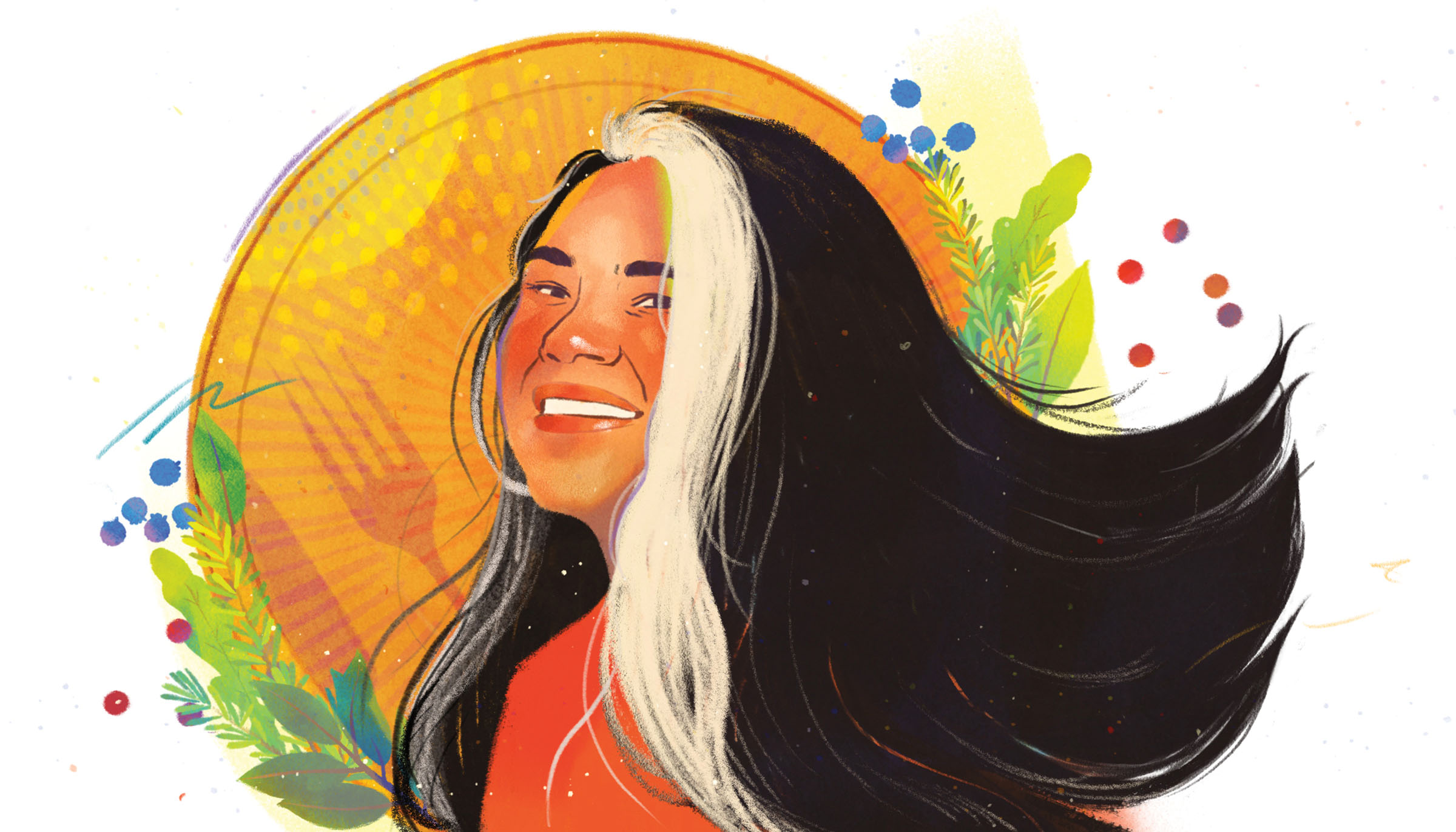 When speaking at events, Toni Tipton-Martin engages her audiences with historical images depicting African American women cooks, many of them demeaning “mammy” stereotypes. “For years, I have opened my presentations with this question: What wisdom can be learned from Aunt Jemima besides how to tie a bandana or prepare her own recipe for pancakes?” Tipton-Martin says.

Born and raised in Los Angeles, Tipton-Martin got her start as a journalist at the Los Angeles Times and later joined the Plain Dealer in Cleveland, where she was the first African American to serve as food editor of a major metro newspaper. In 2000, Tipton-Martin moved with her family to Austin, where they lived for 18 years. Though she refers to her occupation in Austin as “stay-at-home mother,” it’s where she began the extensive research that led to the creation of her two books, including collecting more than 475 African American cookbooks dating to 1827. During her time in Texas, Tipton-Martin also served as president of Southern Foodways Alliance and helped establish Foodways Texas, which celebrates and preserves the state’s diverse food cultures.

Tipton-Martin’s work takes her around the country for discussions that promote racial reconciliation by elevating the previously ignored contributions to American food made by enslaved and marginalized Black cooks. She’s even visited the White House as a guest of Michelle Obama in 2011, when the former first lady launched the “Chef’s Move to Schools” program that paired local chefs with schools in their communities to create healthy meals.

In 2020, Tipton-Martin was named editor-in-chief of Cook’s Country magazine, which is published by America’s Test Kitchen. And in November, the Julia Child Foundation honored Tipton-Martin with its annual Julia Child Award that recognizes people who make a “profound difference in the way people eat, drink, and cook.” Tipton-Martin says she plans to use the $50,000 prize to revive the work of the SANDE Youth Project, a nonprofit she founded in Austin in 2008 to “promote the connection between cultural heritage, food, and a healthy community.”

TH: What got you into food writing?
TTM: When I was in college, I thought an entry-level job at the local weekly might help me hone the skills I was learning in journalism classes. Despite wanting to write hard news and follow the police beat, my editor promoted me to food editor. I took those newfound skills to the LA Times, where I wrote about food and nutrition.

TH: How did The Jemima Code come about?
TTM: After Dad died [in 1995], I quit my job, co-authored a cookbook, and started a new life in Texas as a stay-at-home mother raising two preteens, a kindergartner, and a toddler. To give my life purpose, I began a journey dedicated to uplifting marginalized folks. I wanted to change the narrative that healthy living was only for rich white people. I looked for role models and examples of Black culinary excellence to broaden my ancestral legacies, to tell a broader history of African American foodways, to prove that America’s invisible Black cooks had tended vegetable gardens not just as a response to hardship, but as good stewards of the environment.

TH: Was it tough finding a publisher for The Jemima Code?
TTM: I proposed a book of essays about Black cooks to several publishers who decided TJC [The Jemima Code] should be a scholarly work. In short, it was considered “too much” for me. So, with food sections and journalism as the model, I did what my ancestors would have done: I self-published TJC as a blog on Wednesdays, newspaper food day. My approach was well-received, and UT Press offered to publish it as I envisioned it—as an attractive, informative coffee table book.

TH: Did you start with Texas women?
TTM: I found women from all across the nation, including some in Texas: Lucille Bishop Smith of Fort Worth, who established the commercial cooking and baking department at Prairie View A&M University; Bessie Munson of Arlington, who in the 1970s urged followers to explore such exotica as pistachio pudding, orange and olive salad, and paella. Sometimes I found material in the Austin History Center, other times through a casual late afternoon conversation with my friend Hoover Alexander [owner of Hoover’s Cooking on Manor Road], just sitting in one of the booths in his restaurant.

TH: How was The Jemima Code received?
TTM: The response was mixed. I met with some resistance, mostly from African American women still stinging from exaggerated representations of our ancestors in servitude.

TH: Was Jubilee planned as a companion to The Jemima Code?
TTM: I have always envisioned TJC as a large and varied project. The depth of the African American culinary experience is too much for a single work. A list of book concepts that might spring from the collection kept me focused.

TH: Is this project still playing out?
TTM: It is. First came TJC, an introduction to cookbook authors that validated their knowledge, skills, and abilities by using the same system that had marginalized them and almost erased them from America’s culinary history. With Jubilee, I wanted people to see the recipe-development skills embedded in their writing. By including original recipes alongside their adaptations, it was purely a journalist’s statement of facts, my way of producing evidence. The books complement each other.

TH: Has the success of your books put more pressure on you?
TTM: The Jemima Code has been described as the zeitgeist. I called it a watershed moment. Our mission, in part, is to examine the connection of food, culture, and community. I was a founding member of the Southern Foodways Alliance in Oxford, Mississippi. The symposium was designed in part to examine the confluence of food, history, race, and class. Conversations were primarily among scholars at Ole Miss. But those experiences gave me the impetus to pursue my path to honoring women, and a few men, who history had pretty much forgotten.

TH: What’s up next for you?
TTM: I’ve dedicated my career to strengthening community by raising cultural culinary awareness. My projects exist to preserve, promote, and celebrate the neglected legacy of America’s Black cooks. I’m finding answers by writing a memoir. And in my spare time, I’m planning children’s books, a novel, and a docuseries.

TH: How does your new job at Cook’s Country magazine fit in?
TTM: I’m focused on telling stories about the people behind the recipes America loves, favorites like mac and cheese and meat loaf or regional classics—think Texas chili, Louisiana gumbo, Carolina barbecue, or Boston baked beans. They’re simple dishes for weeknights, uncomplicated dishes that can be made in a single pot. We’ll still help our readers become more confident cooks, but we’re also reconsidering the best way to represent the diversity of the American recipe canon

Learn more about Toni Tipton-Martin and her cookbooks on her website, tonitiptonmartin.com. Tipton-Martin is also a member of the cast of the Cook’s Country TV show on PBS.