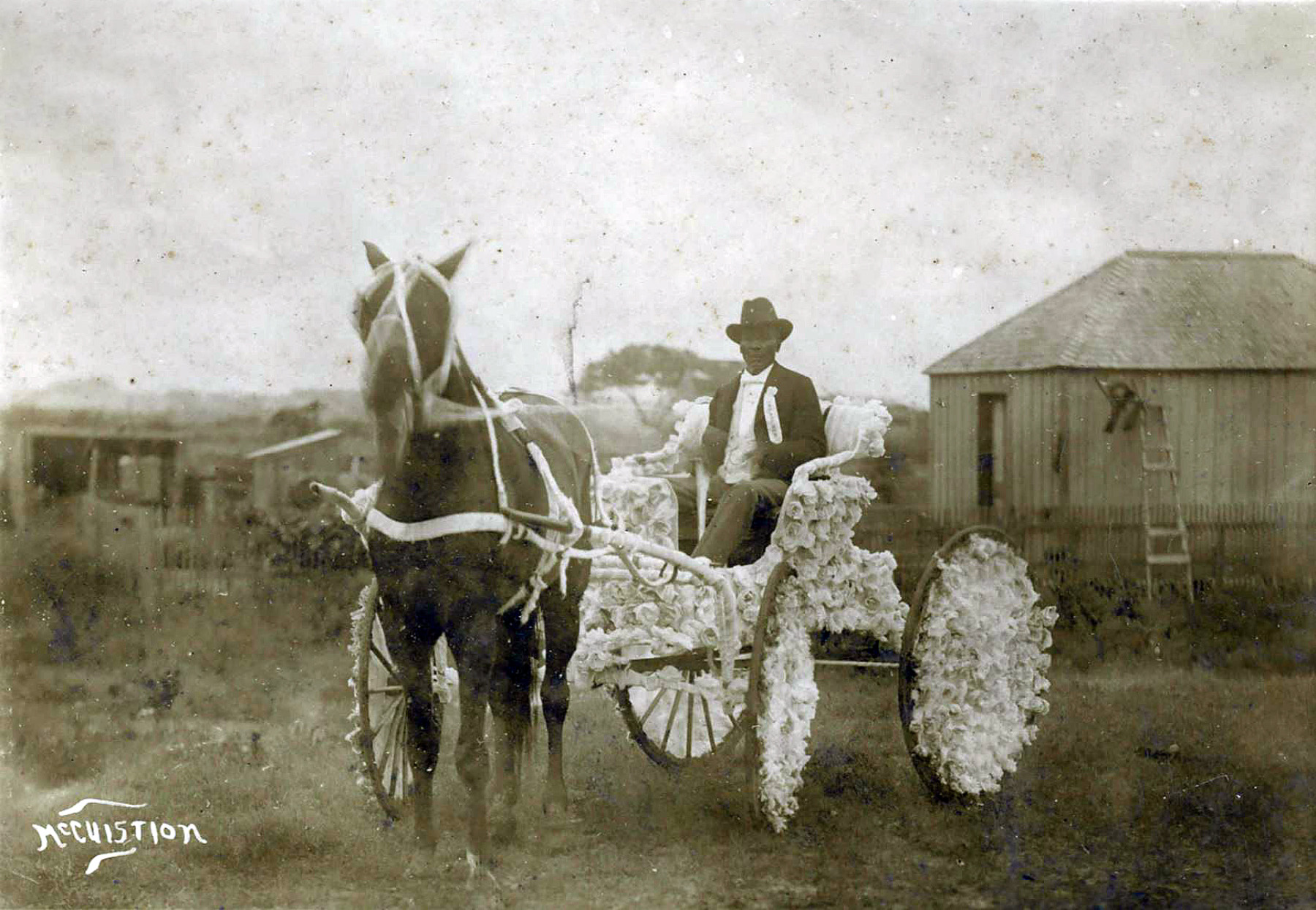 By Traces of TexasAbove photo: Mr. Daniel. N. Leathers Sr., in a decorated carriage.
Leathers, born into slavery in North Carolina in 1855, moved to Corpus Christi, became a successful merchant, and was involved in state politics. A public housing development in Corpus Christi named in his honor was demolished in 2017 to make way for the Harbor Bridge.
Courtesy DeGolyer Library, Southern Methodist University

In June 1865, Major General Gordon Granger arrived in Galveston, along with 2,000 federal troops, to occupy the former Confederate state. On June 19, Gen. Granger issued several general orders—among them, orders that declared the state government of Texas illegitimate, that Confederate soldiers and officials must report for parole, and that cotton was to be bought and sold with government oversight. General Order No. 3 pertained to the institution of slavery in Texas.

"The people of Texas are informed that, in accordance with a proclamation from the Executive of the United States, all slaves are free. This involves an absolute equality of personal rights and rights of property between former masters and slaves, and the connection heretofore existing between them becomes that between employer and hired labor. The Freedmen are advised to remain at their present homes, and work for wages. They are informed that they will not be allowed to collect at military posts: and that they will not be supported in idleness either there or elsewhere.
By order of Major-General Granger, F.W. Emery, Maj. & A.A.G."

This order was delivered to enslaved African Americans in Galveston two and a half years after the Emancipation Proclamation was issued in Washington.

Many of the formerly enslaved people who heard the news left plantations and headed north. Those who remained in Galveston, however, marked June 19 the following year with a celebration. The day was dubbed Emancipation Day but, slowly, the term Juneteenth—a portmanteau of June and 19th—took hold. Celebrations and recognition of the day began to spread to neighboring states.

Representative Al Edwards, a Democrat from Houston, introduced a bill in June 1979 that called for Juneteenth to become a state holiday. The legislature passed the act in 1979, and Republican Governor William P. Clements Jr. signed it into law. The first state-sponsored Juneteenth celebration took place in 1980.

A cargo manifest of the S.S. Texas from the Port of Galveston to New Orleans, 1860. The steamship made weekly trips between the two cities. On one such trip, the S.S. Texas had two types of cargo: 140 bales of cotton and 28 slaves from New Braunfels.

The official handwritten record of General Order No. 3., as preserved at the National Archives in Washington, DC. The decree, in the ornate handwriting of a general’s aide, was found in a formal order book stored in the Archives headquarters building in Washington. It is dated June 19, 1865, and signed by Maj. F.W. Emery, on behalf of Union Maj. Gen. Gordon Granger.

Mrs. Grace Murray Stephenson kept a diary of the day's events, which she later sold to the San Francisco Chronicle, who published a full-page feature on it.

A group of older folks at the June 19, 1900, Emancipation Day celebration in Austin.

Martha Yates Jones, left, and Pinkie Yates in a buggy festooned for Juneteenth in Houston, 1908. Their father, Jack Yates, was a prominent minister at the Antioch Baptist Church.

Emancipation Day parade participants in Corpus Christi on June 19, 1913. Note the woman standing in the buggy behind the closest one.

Courtesy Fort Worth Star-Telegram collection, Special Collections, The University of Texas at Arlington

Gregory Anderson enjoys a corn dog at the Juneteenth celebration held at Sycamore Park in Fort Worth in 1976.

Courtesy Fort Worth Star-Telegram collection, Special Collections, The University of Texas at Arlington

A group of men dressed as Buffalo Soldiers during a 2017 Juneteenth celebration in Austin.

A group of Juneteenth Princesses in 2017 in Austin.

A Juneteenth parade down Emancipation Avenue in Houston in 2018.

A float from the 2018 Juneteenth celebration and parade in Houston.

Stories of the Formerly Enslaved

Bob Lemmons in Carrizo Springs, 1936, as taken by Dorothea Lange.

Bob Lemmons (or Lemons) was born around 1847 and brought to Texas in 1854. Lemmons' birth name is not known. After being freed, he came under the tutelage of Texas rancher Duncan Lemmons, who took the 17-year-old to Eagle Pass to work for him. Out of respect for his new employer and friend, Lemmons adopted the rancher's last name.

When Duncan Lemmons died, Bob continued to work as a "brush cowboy" and ranch foreman in the Carrizo Springs area. He eventually purchased his own ranch near Carrizo Springs and worked it until his failing eyesight forced him to retire. His fame came about as a result of his mustanging method—unusual because he would mustang alone.

Anna Moore Schwien as photographed in 1936 by Dorothea Lange in Corpus Christi, probably at Schwien's house at 815 N. Staples Street.

Anna was born on a sheep ranch near New Braunfels in 1856. She was later briefly married to a German immigrant who was run out of town for marrying a Black woman. But she was not bitter.

Bob was born into slavery in Tennessee. As a young adult, he was sold to William Scott by Bill Barrett, a Tennessee slave trader, and moved with William to Texas.

Bob drove the wagon that carried 40 suspected Northern sympathizers to their deaths in what became known as the “Great Hanging” at Gainesville.

Formerly enslaved man Willis Winn and a horn that had been used to call slaves into the fields. Taken by Russell Lee near Marshall in 1939.

Mr. Winn passed away in 1950 and is buried in McJohnsons Cemetery in Marshall.

Sarah Ford in Houston, 1937. Sarah was born into slavery. She didn't know exactly how old she was, but it is thought that she was born in 1850, which would make her 87 years old in this photo.

She lived in a small cottage at 3151 Clay Street in Houston when this was taken. Sarah was born on the Kit Patton Plantation near West Columbia. She bore 11 children, the first born during the storm of 1875 at East Columbia, a storm in which Sarah's mother and father both perished.

Sarah was interviewed by WPA writers when this photo was taken and that interview, written in her vernacular, can be read here 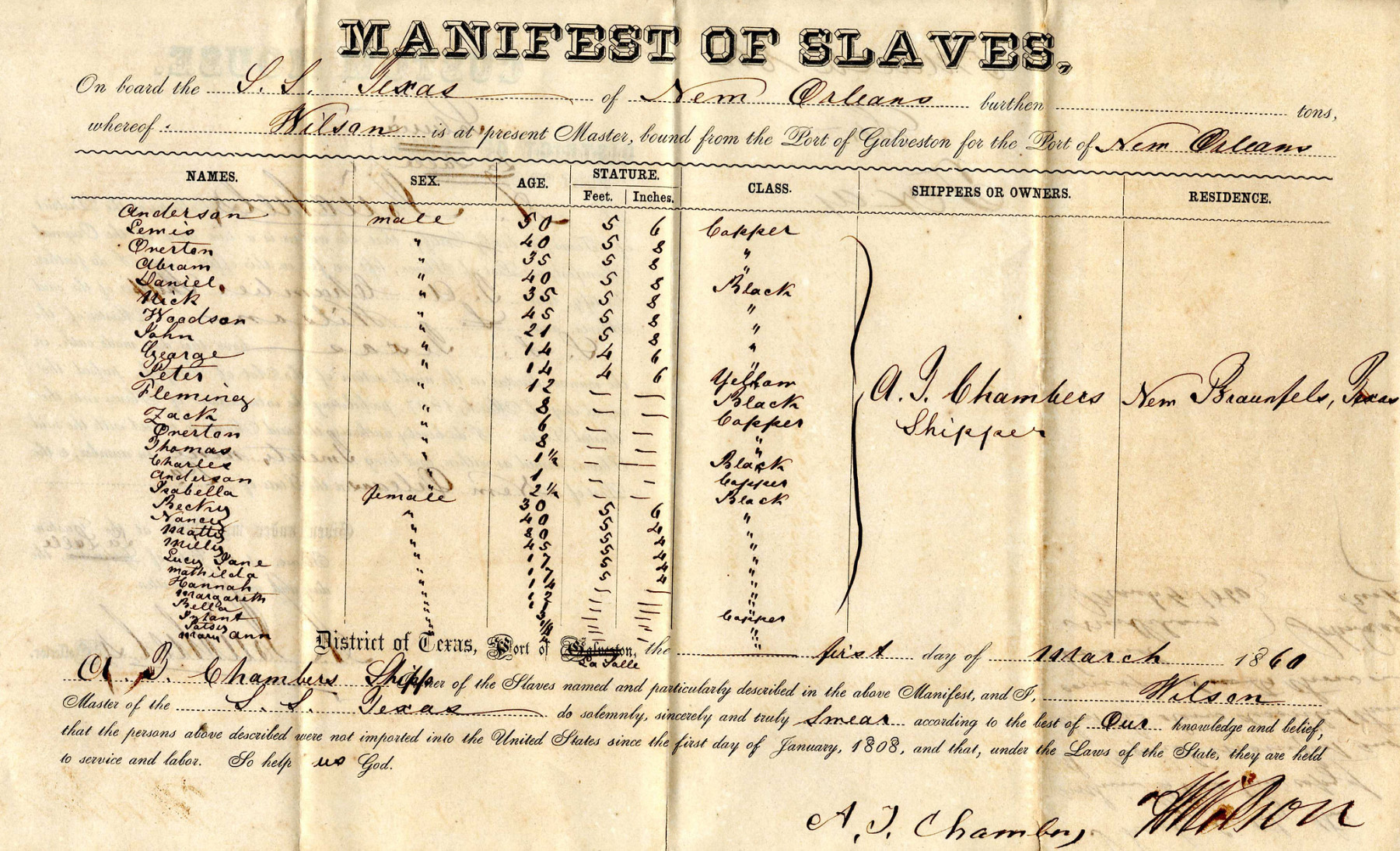 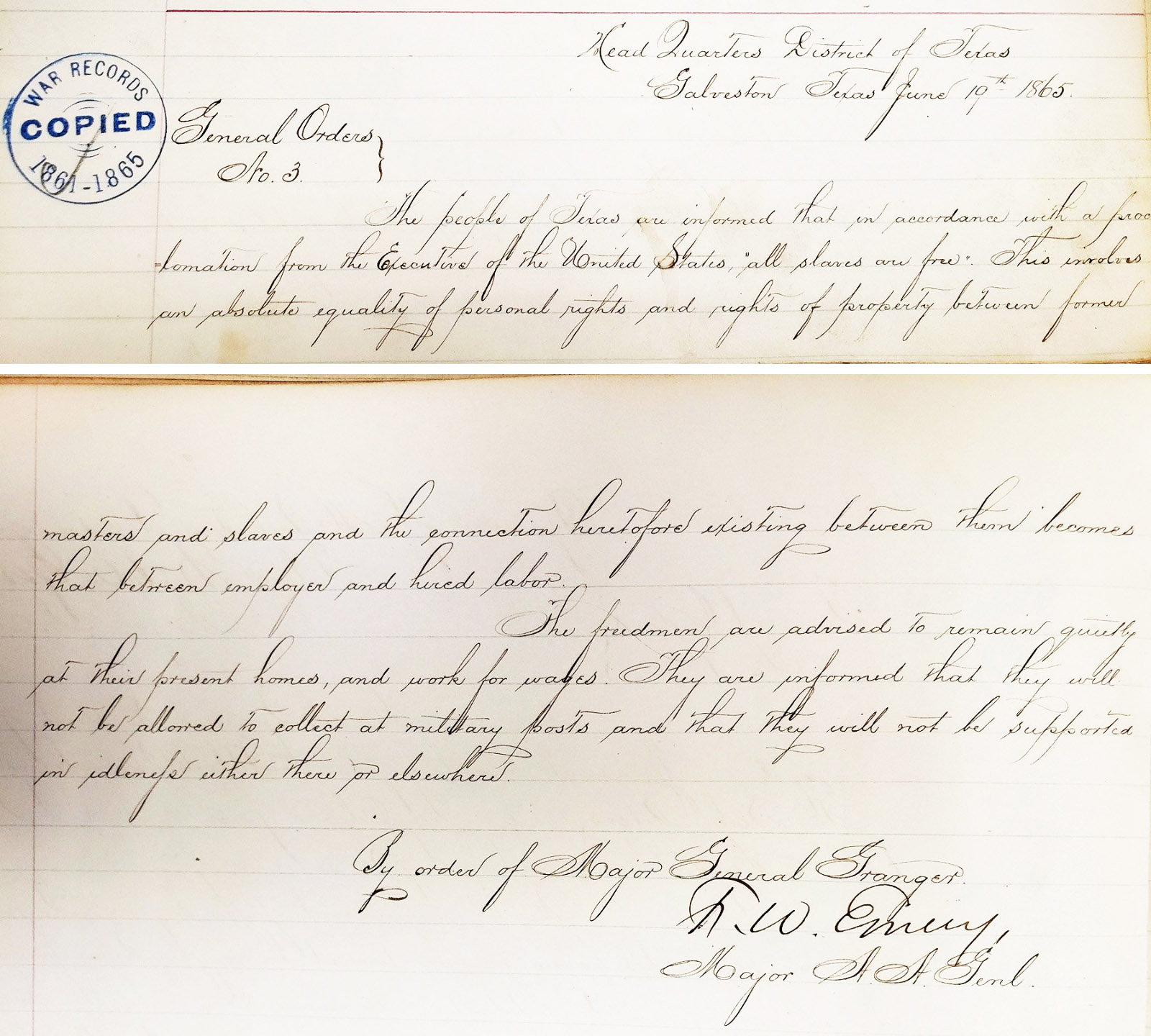 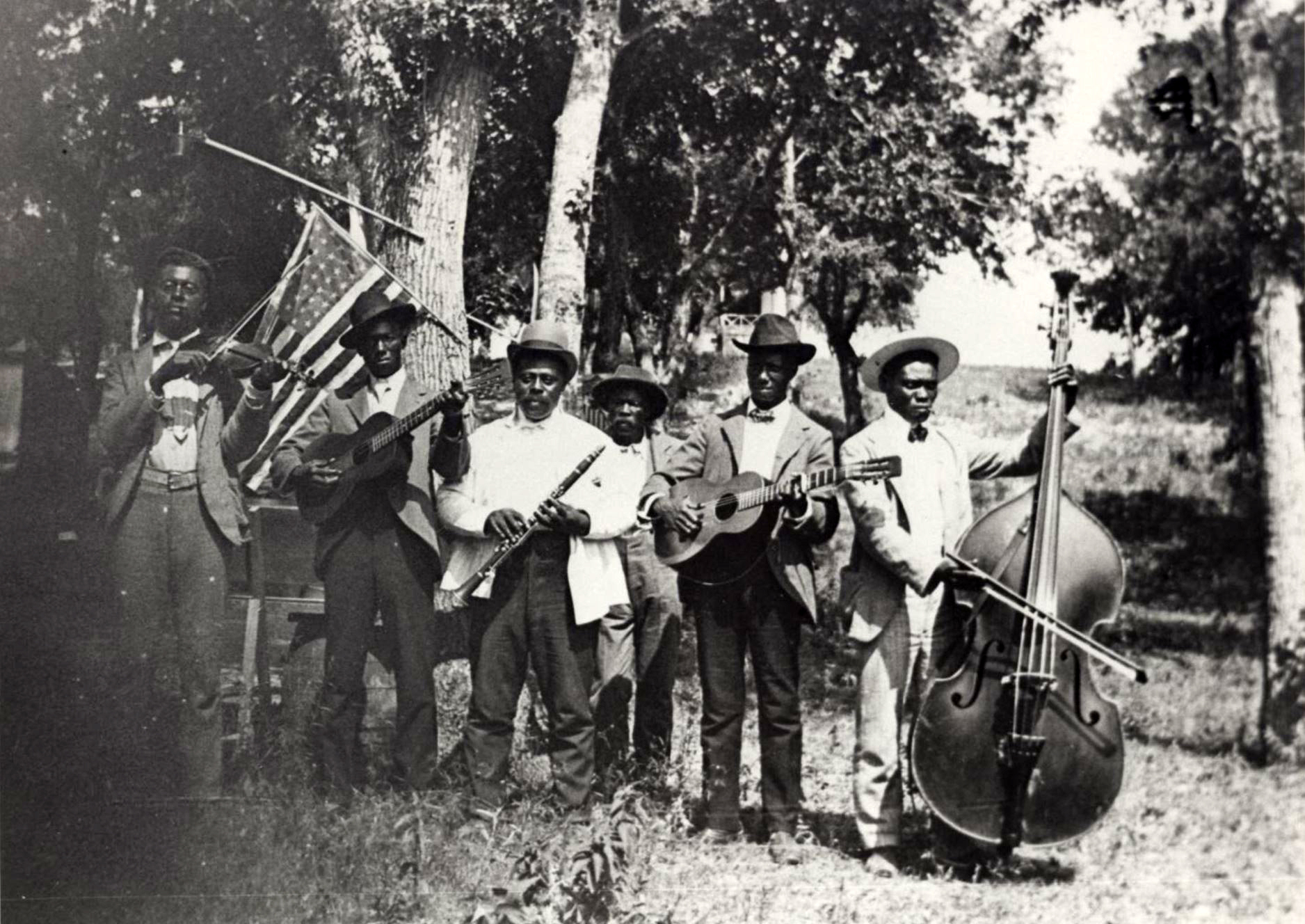 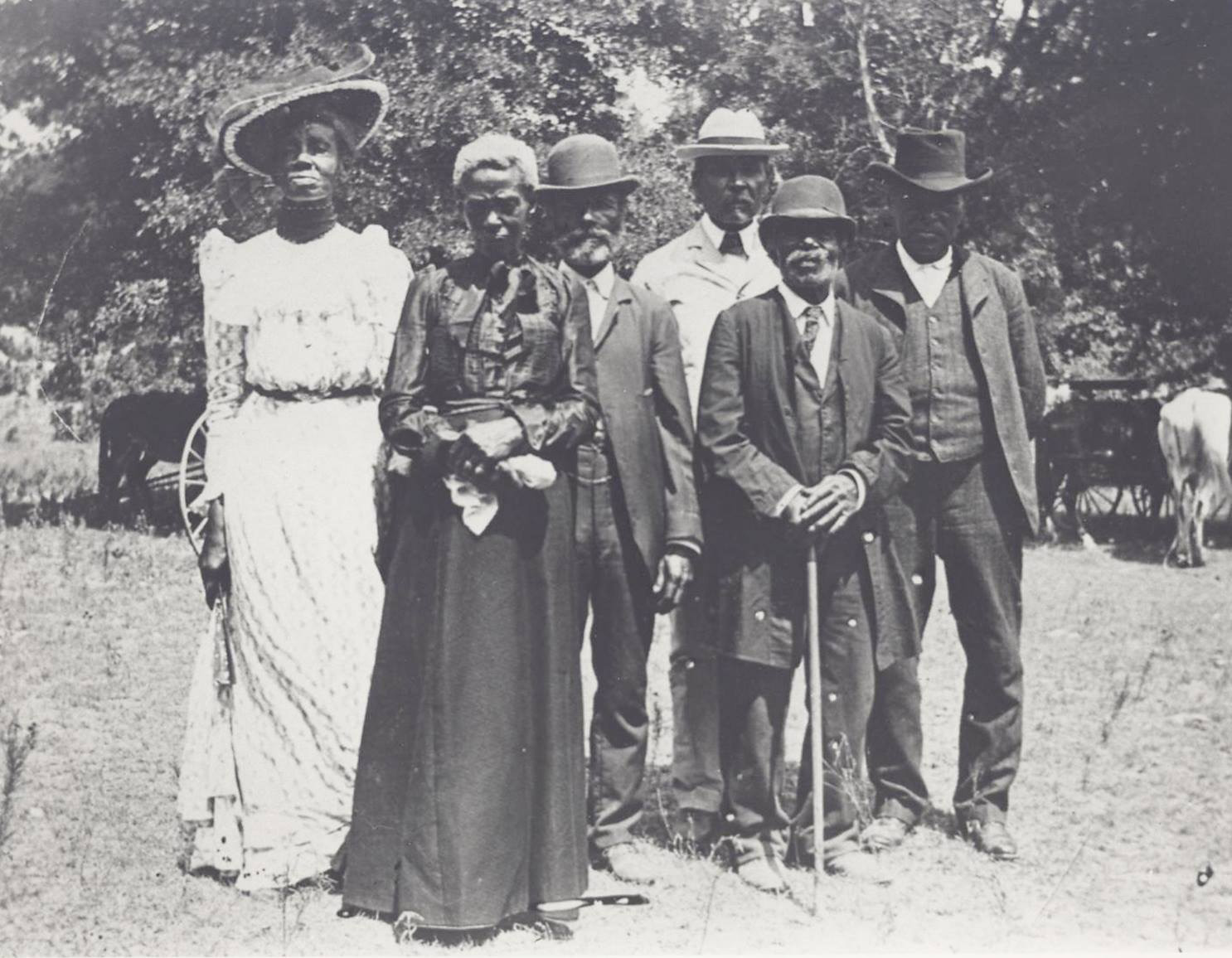 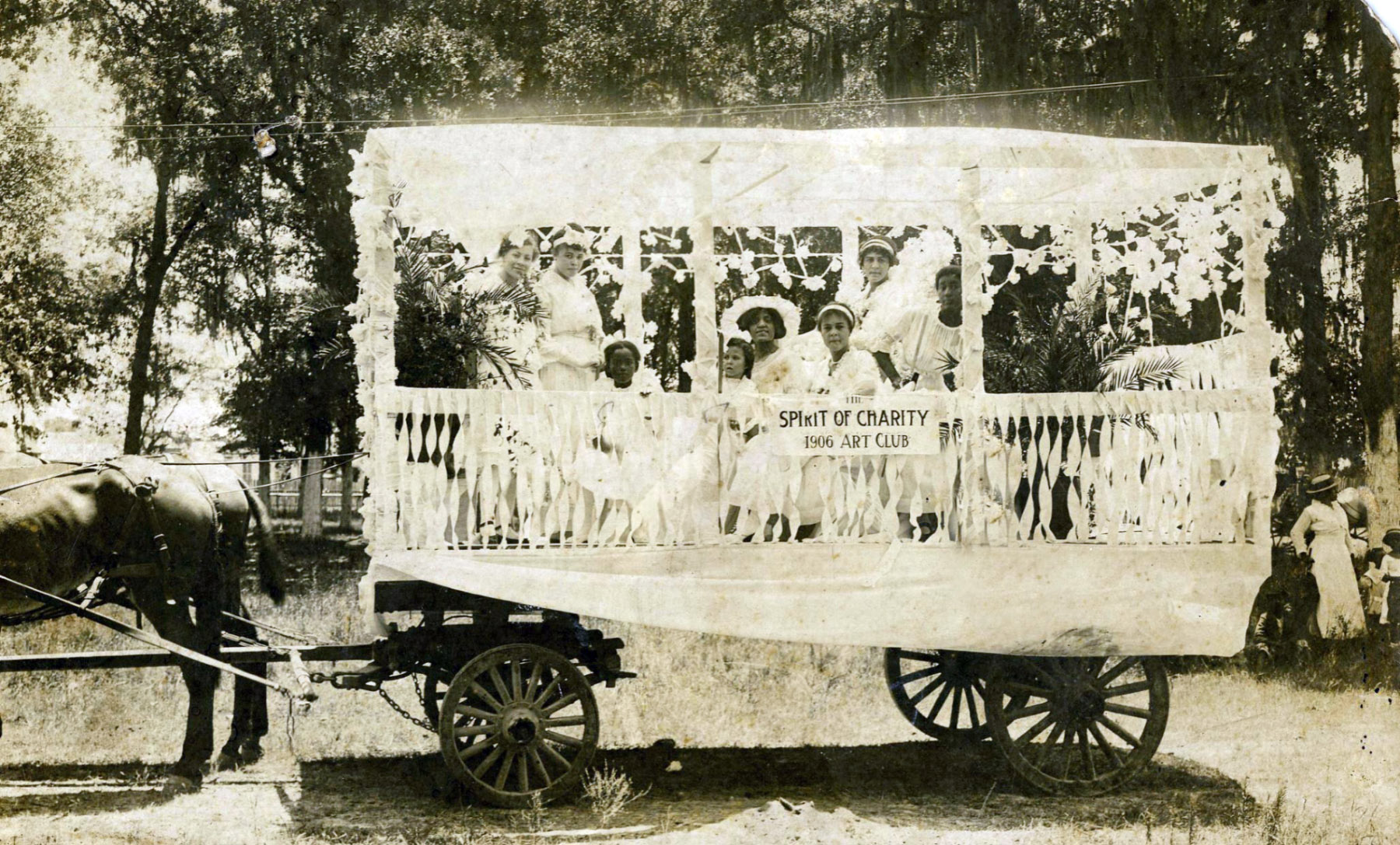 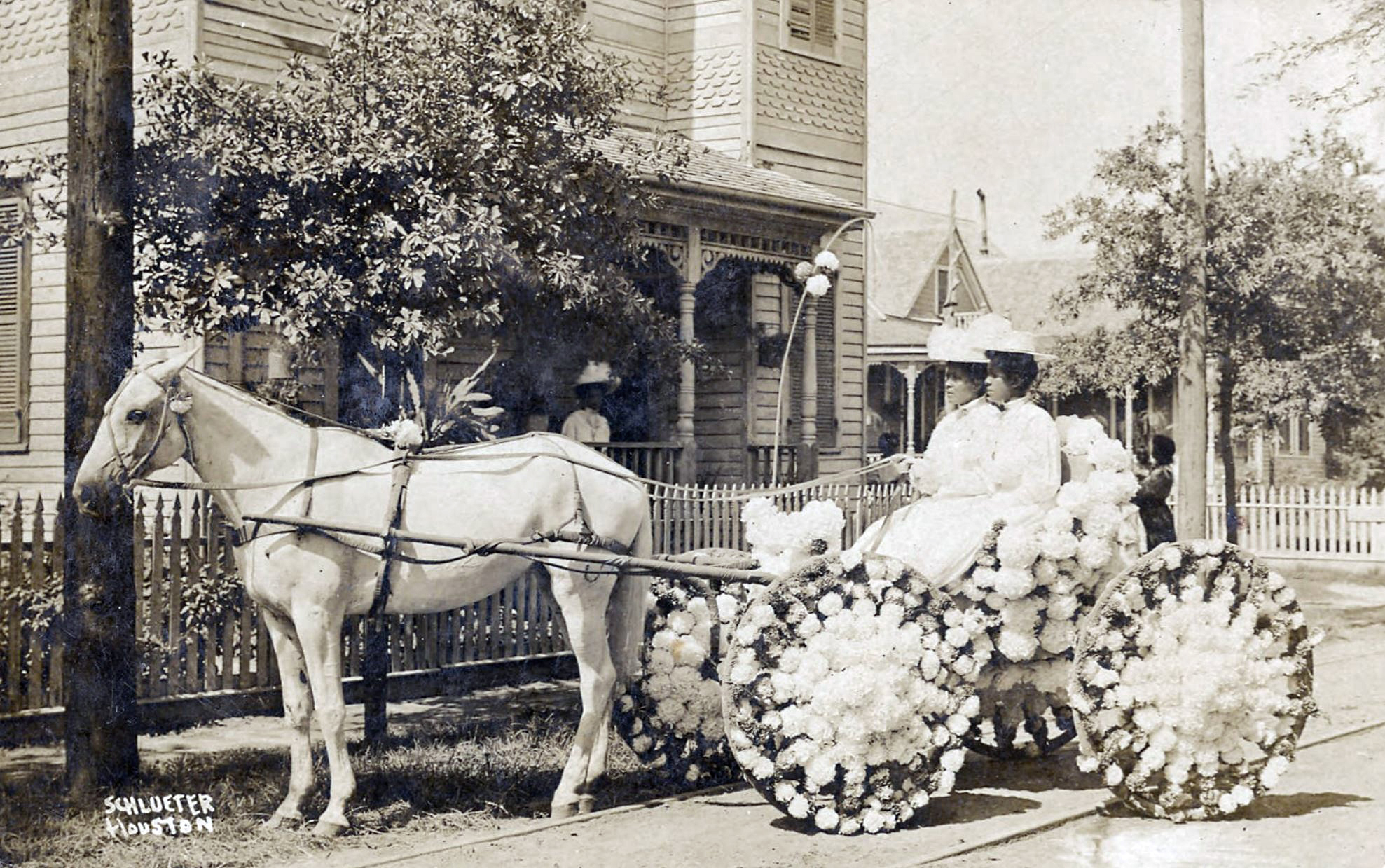 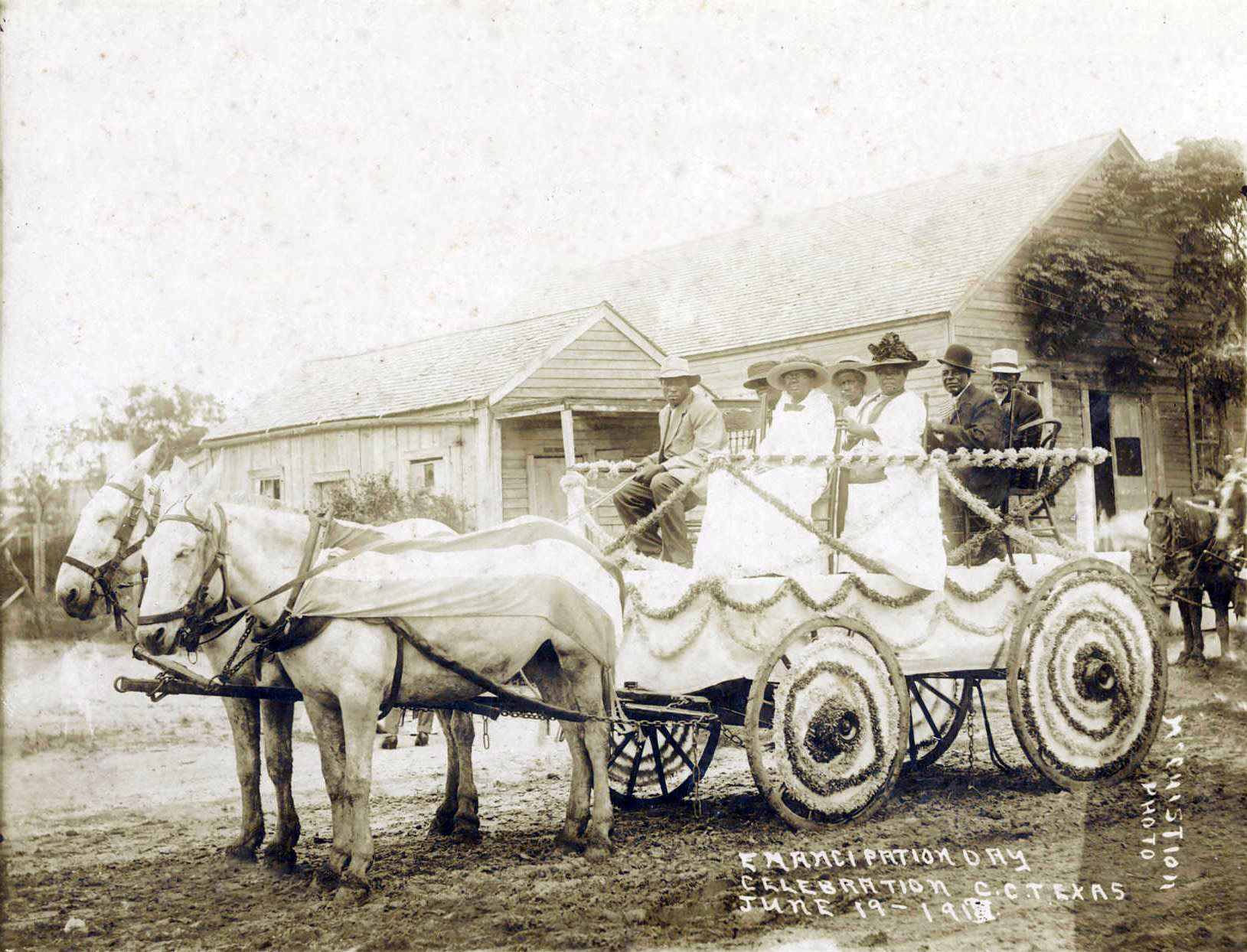 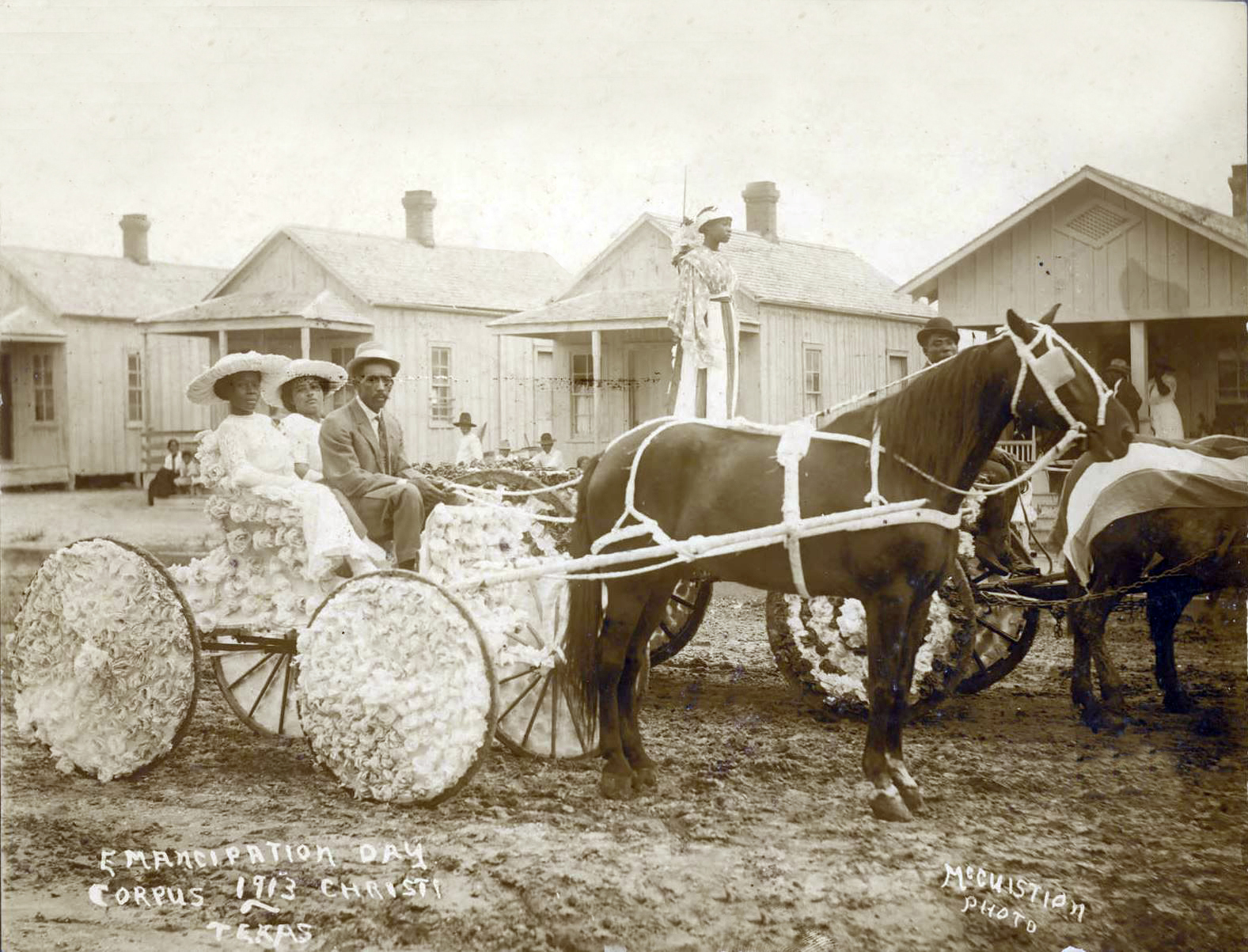 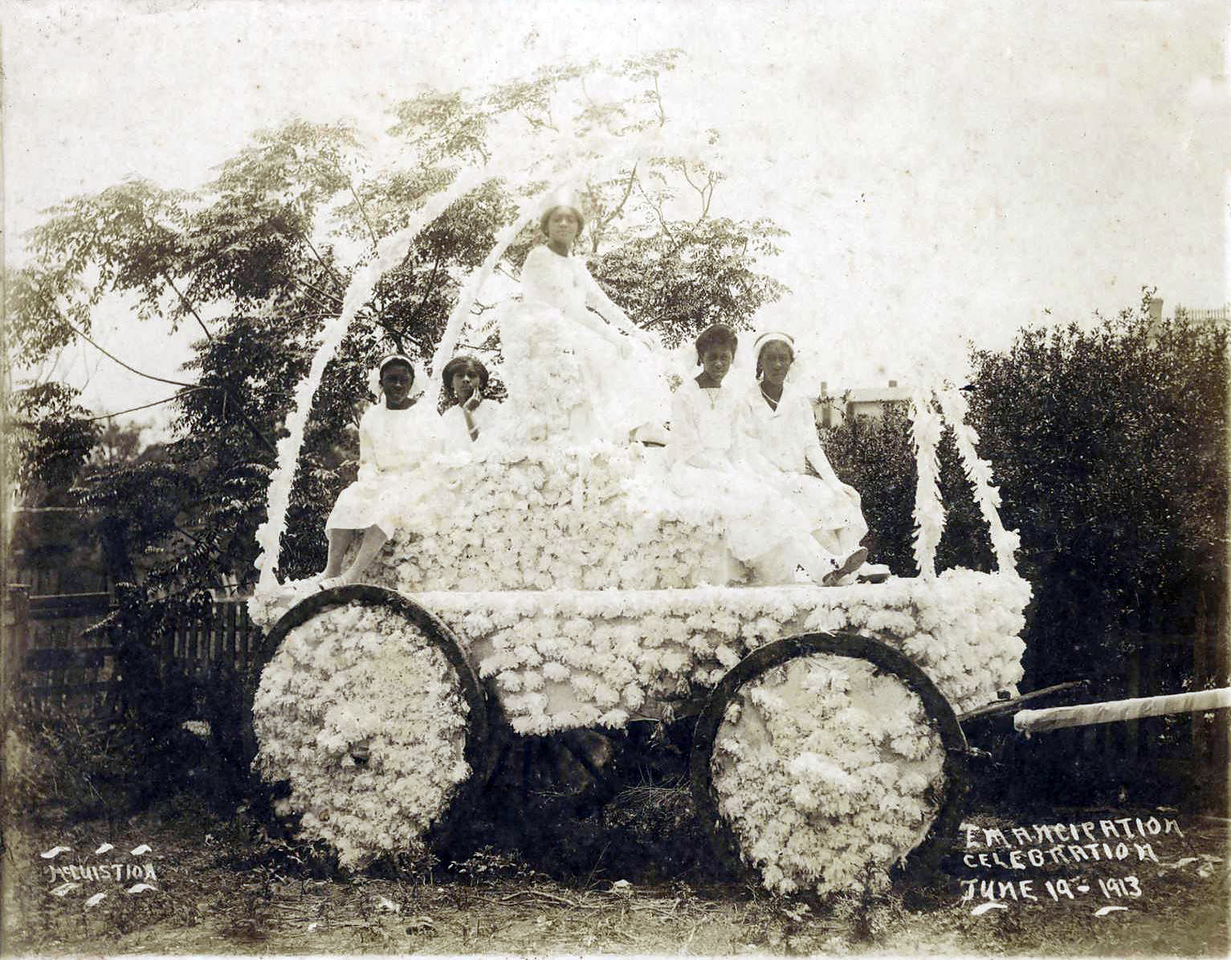 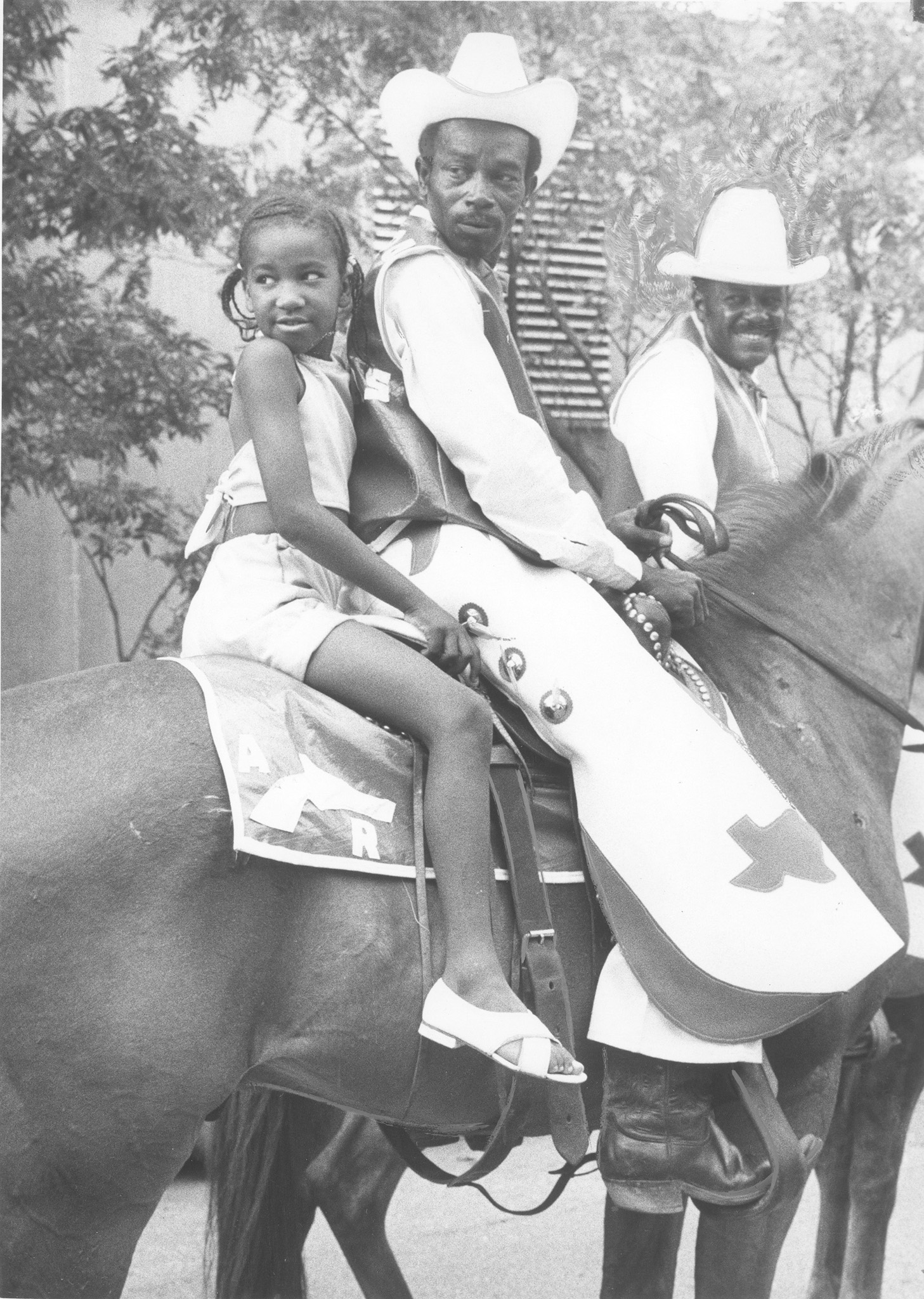 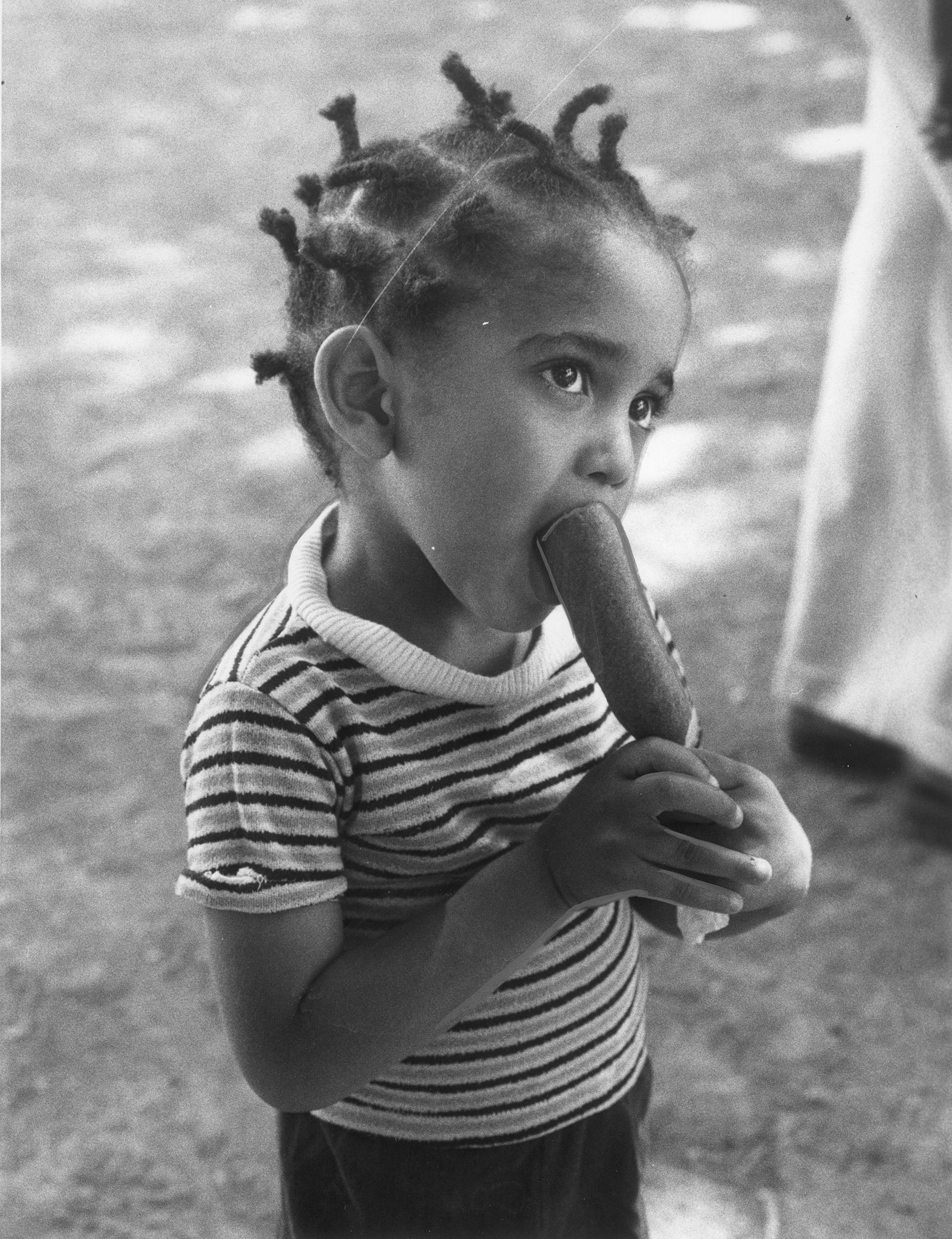 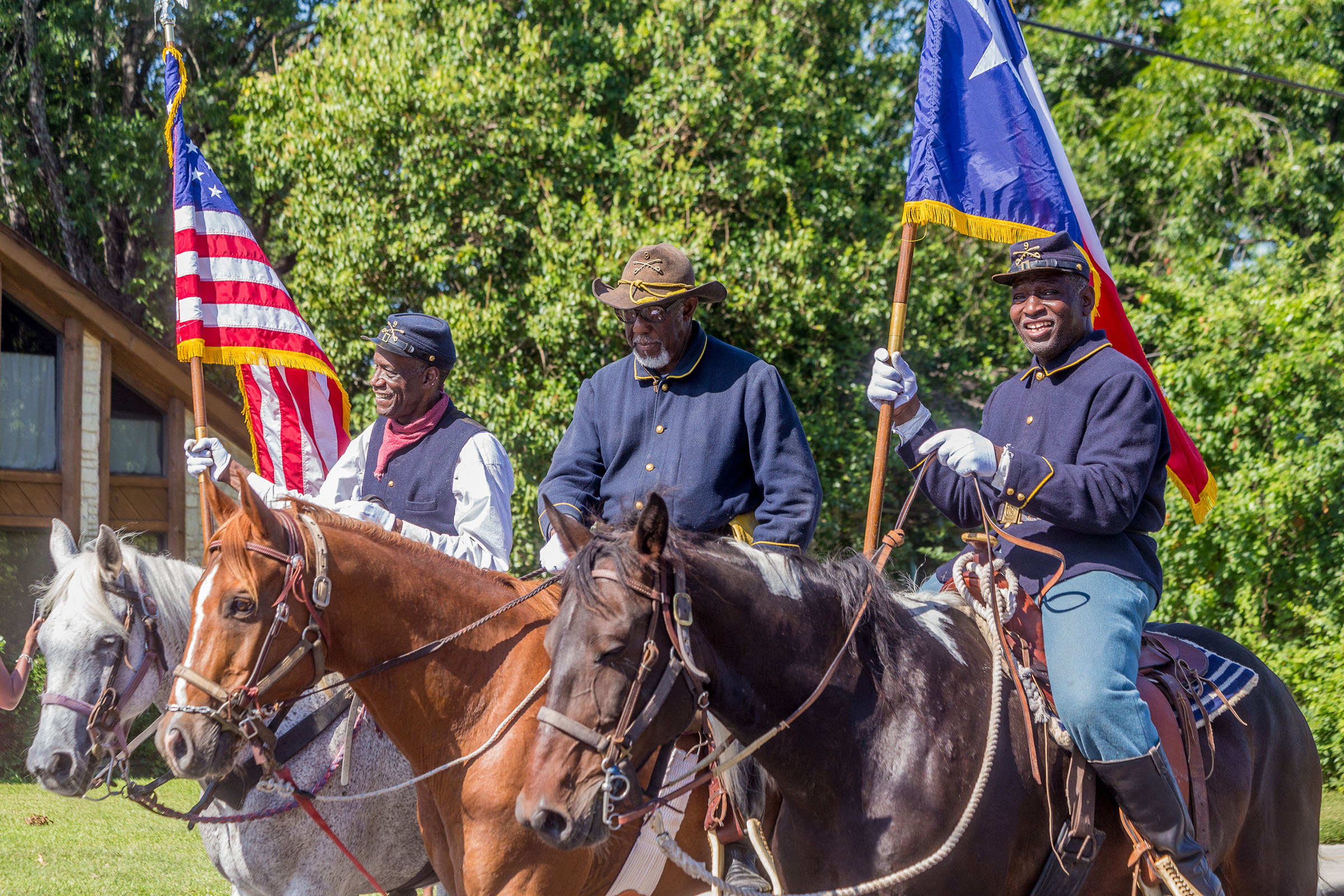 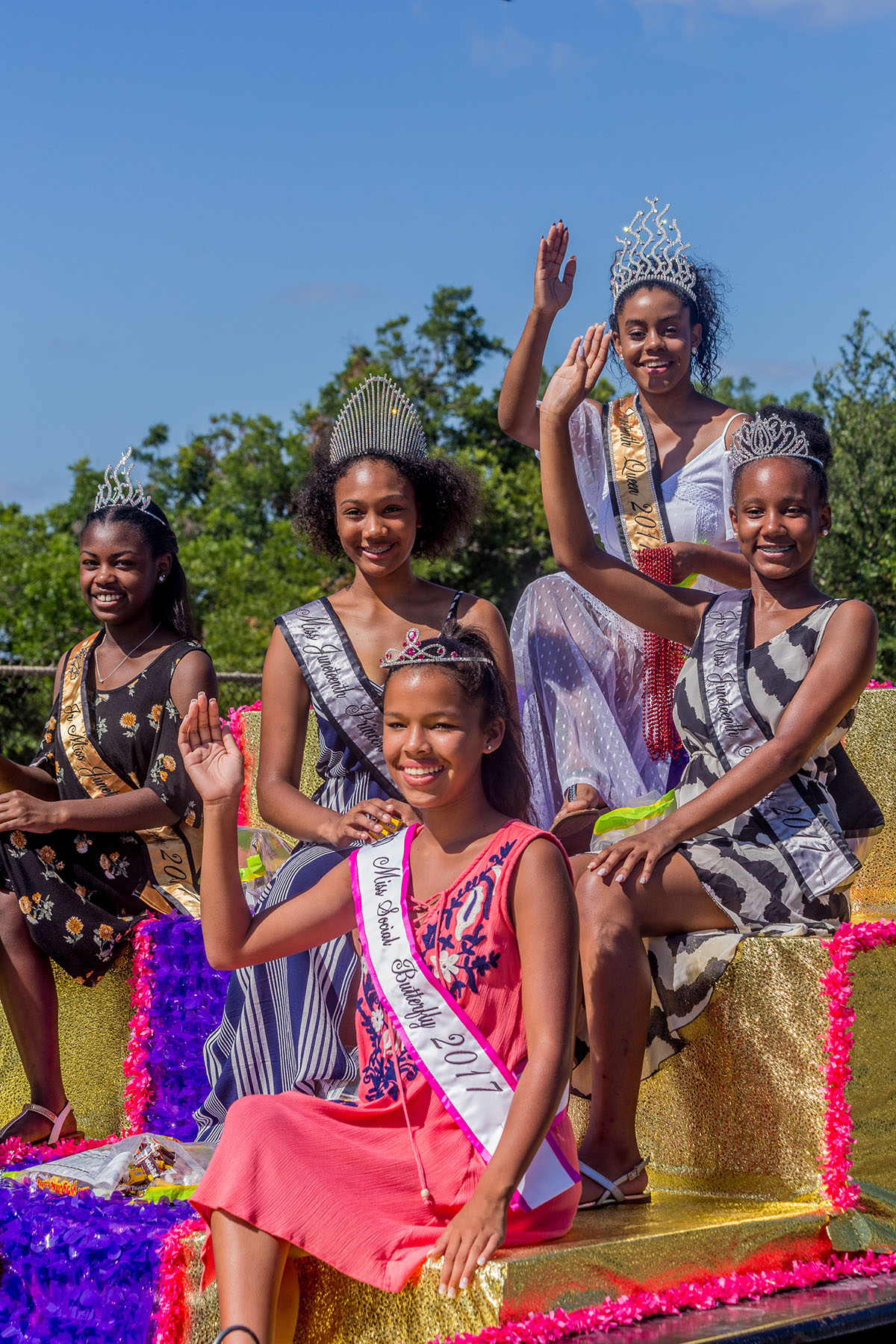 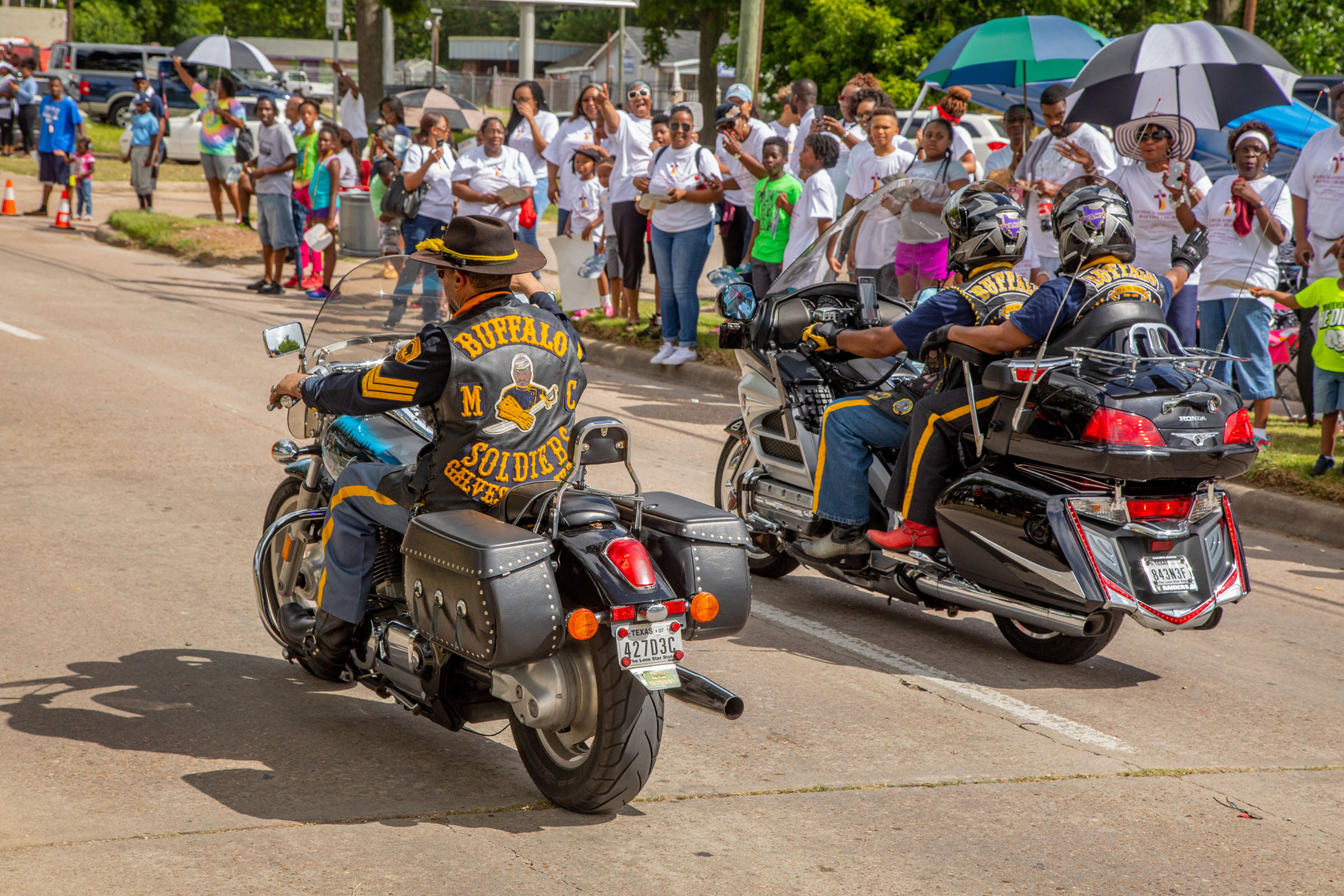 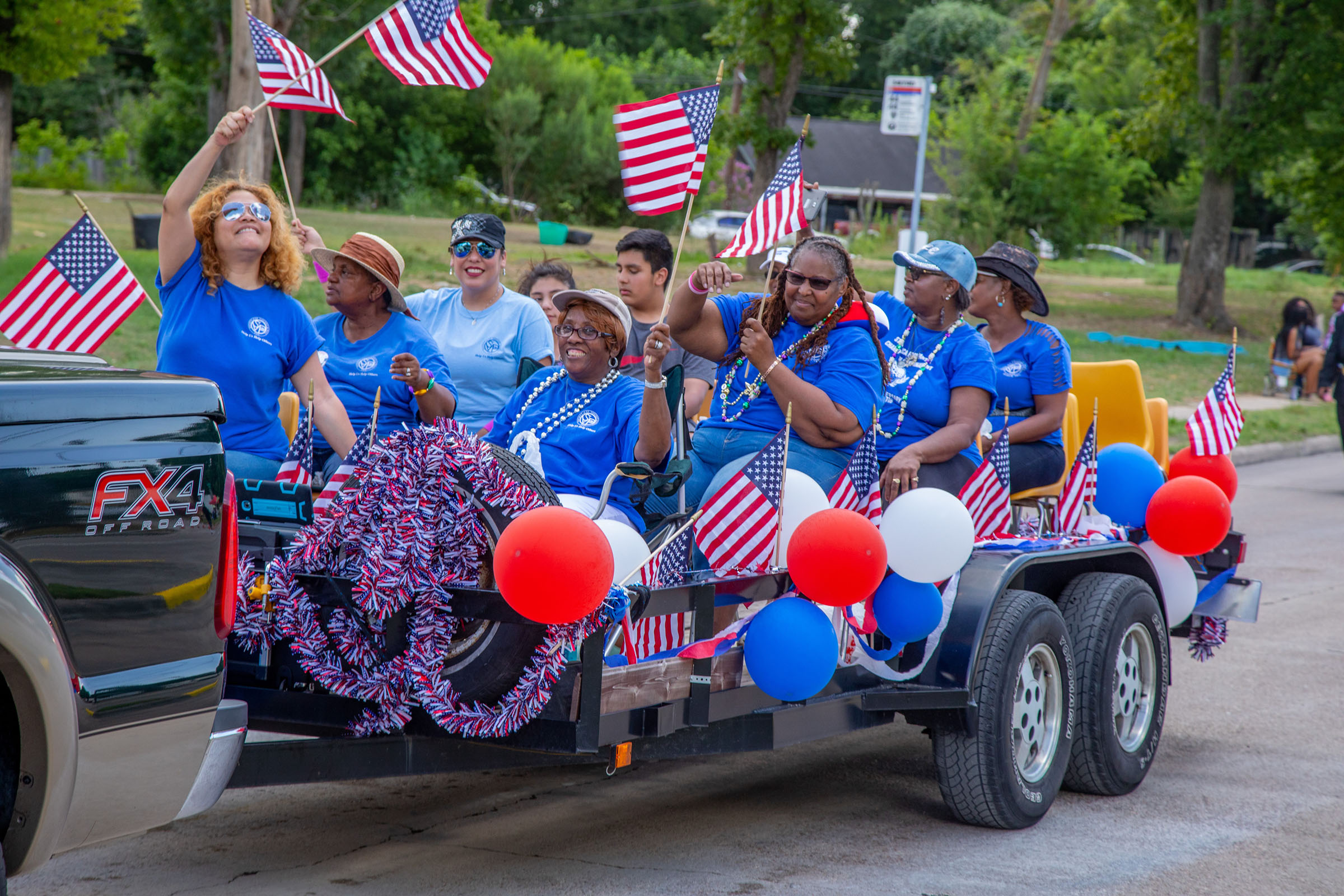 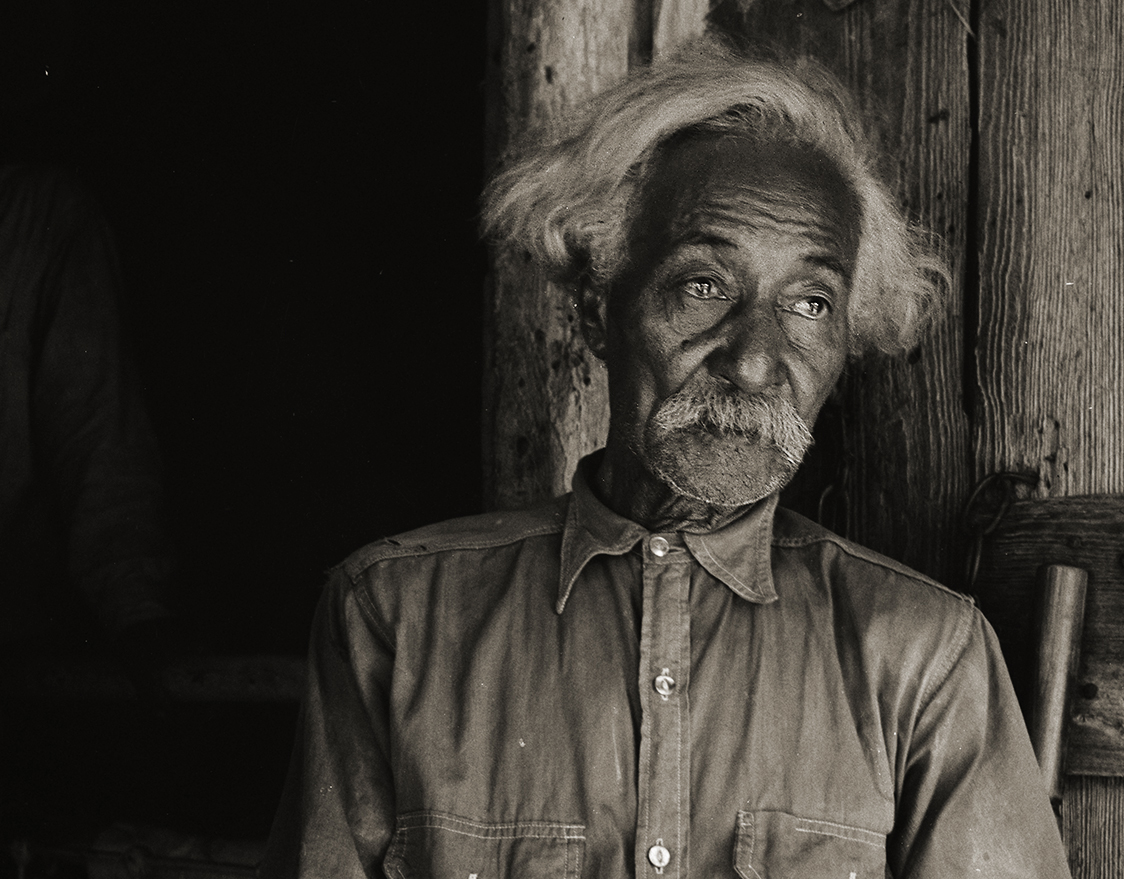 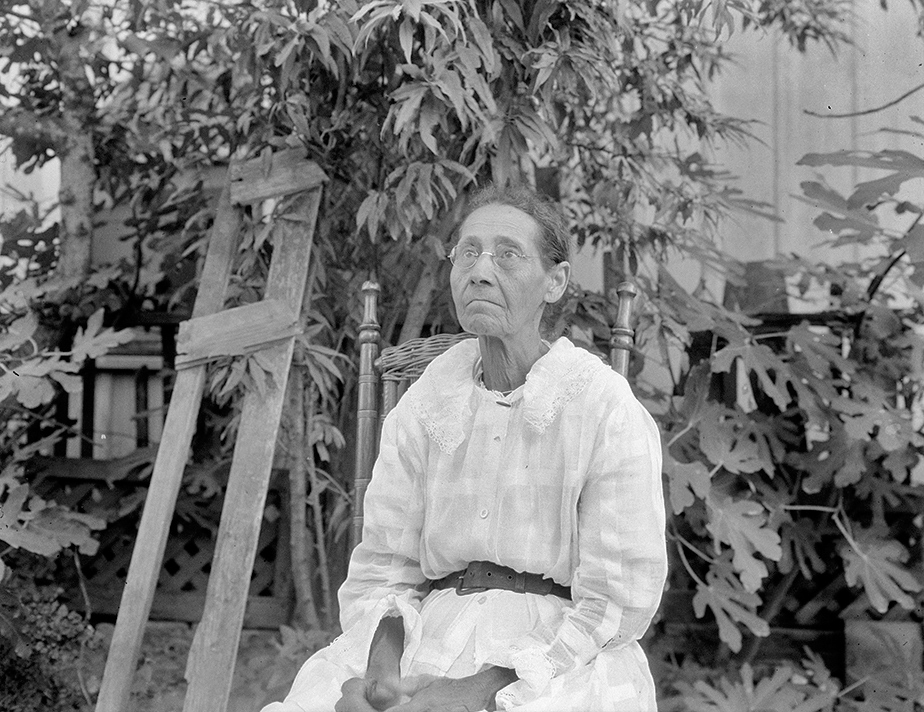 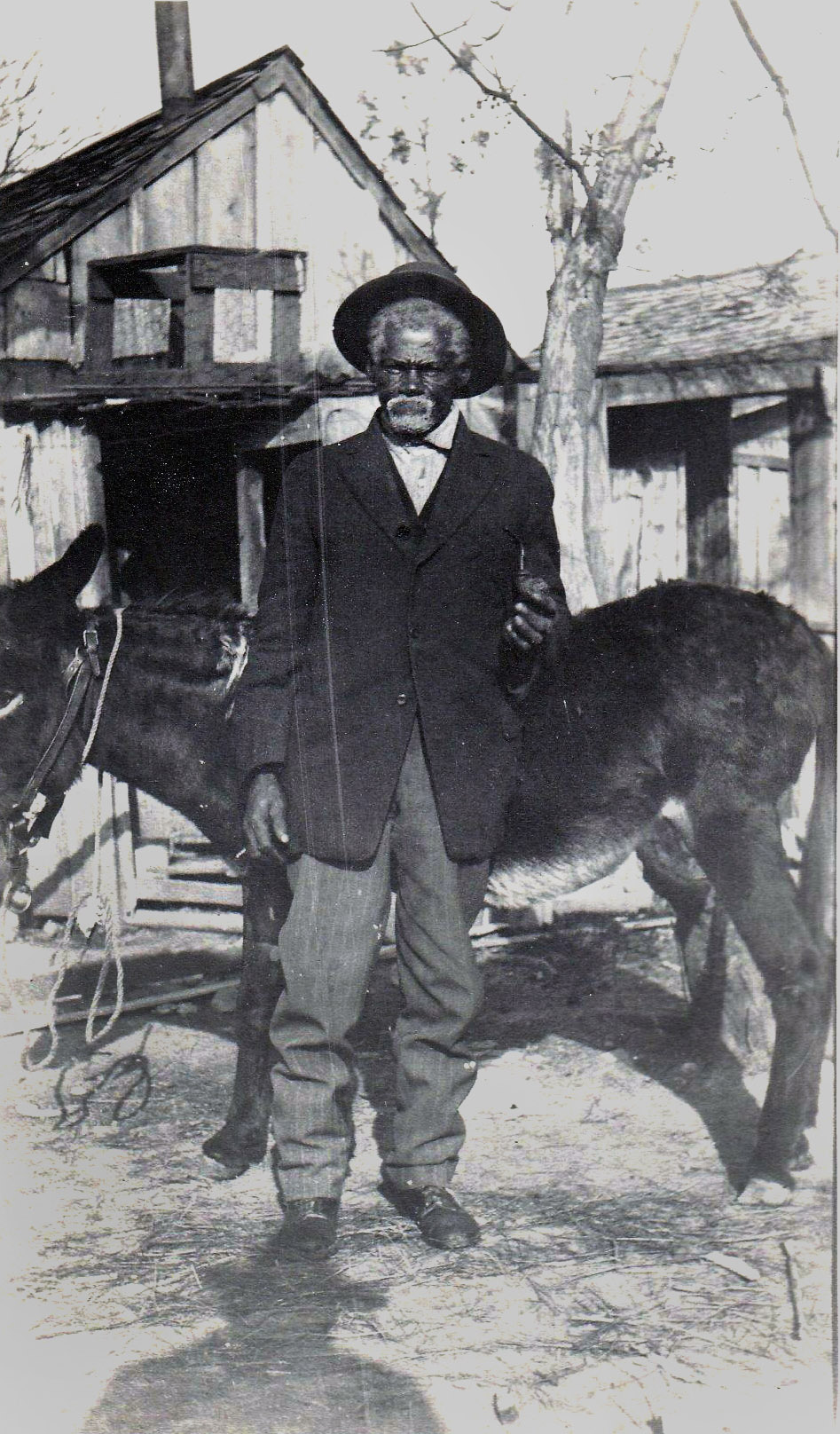 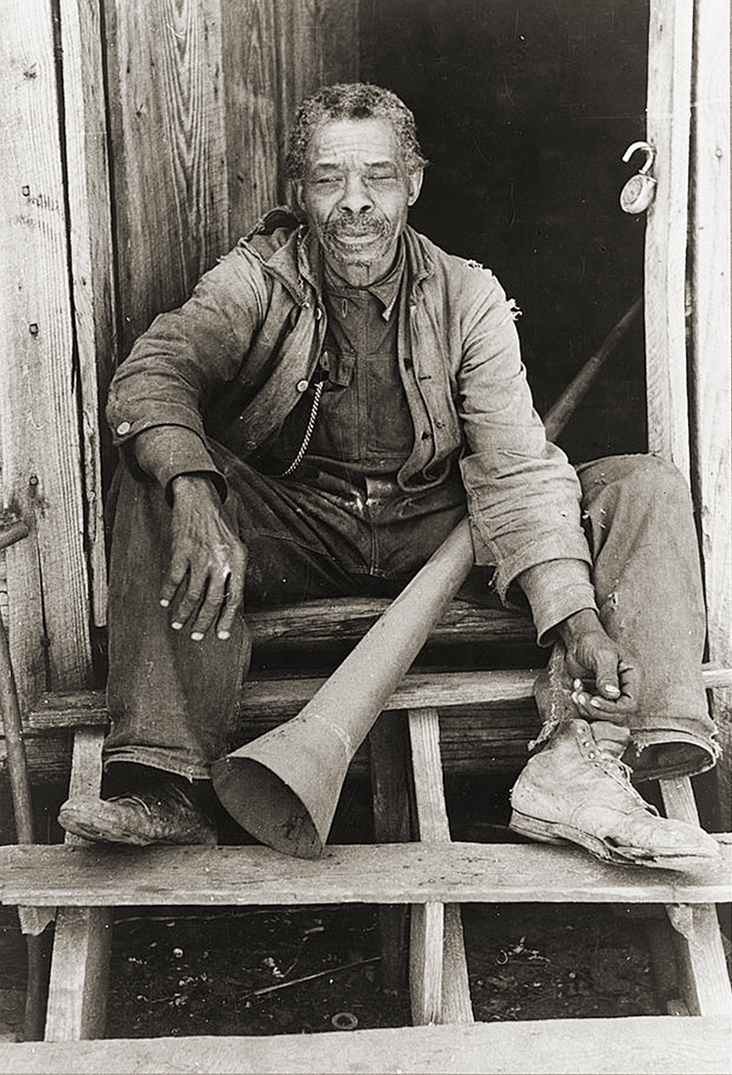 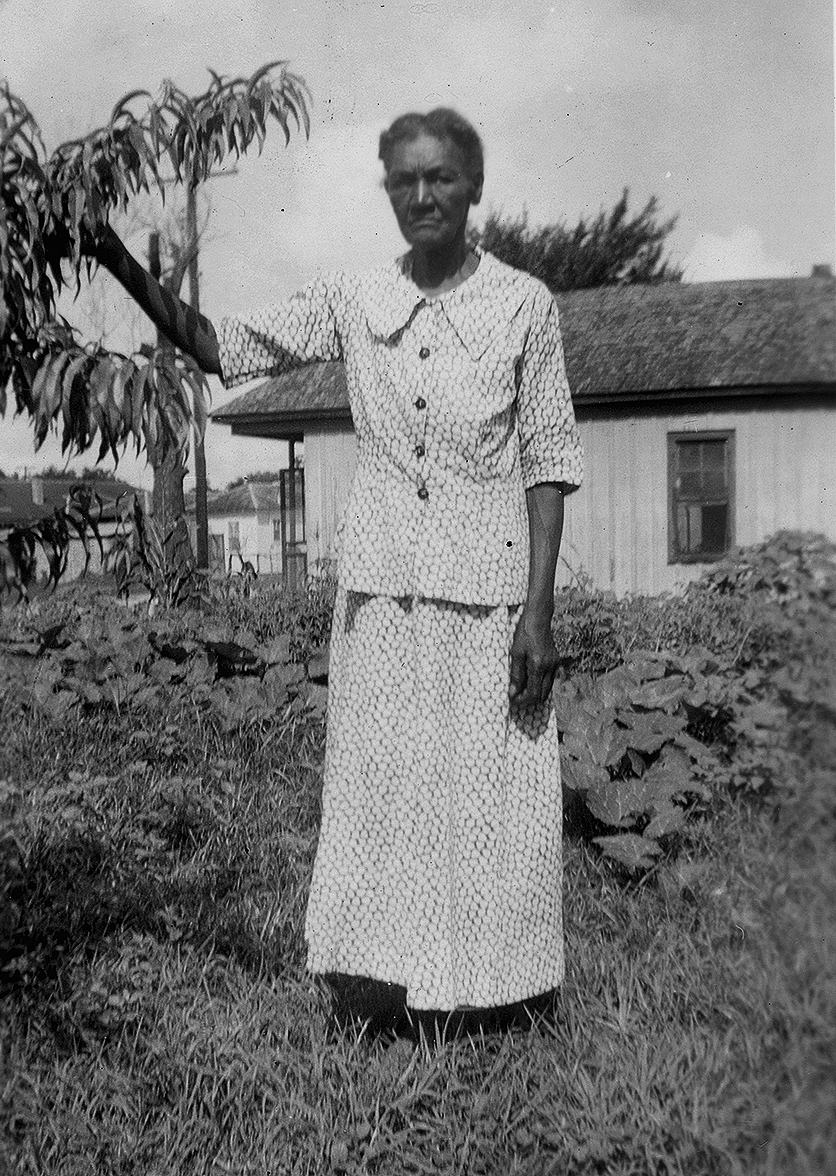 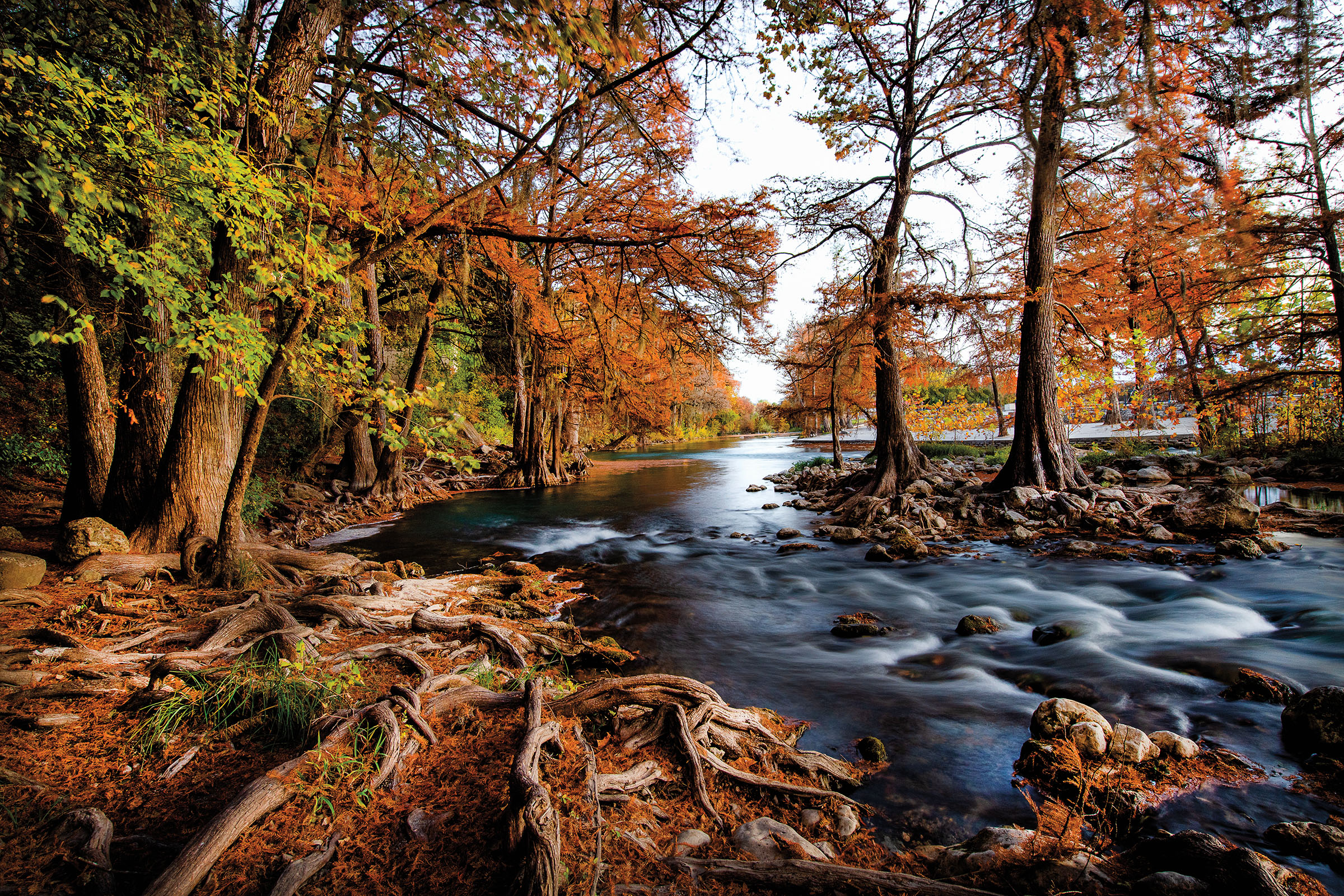 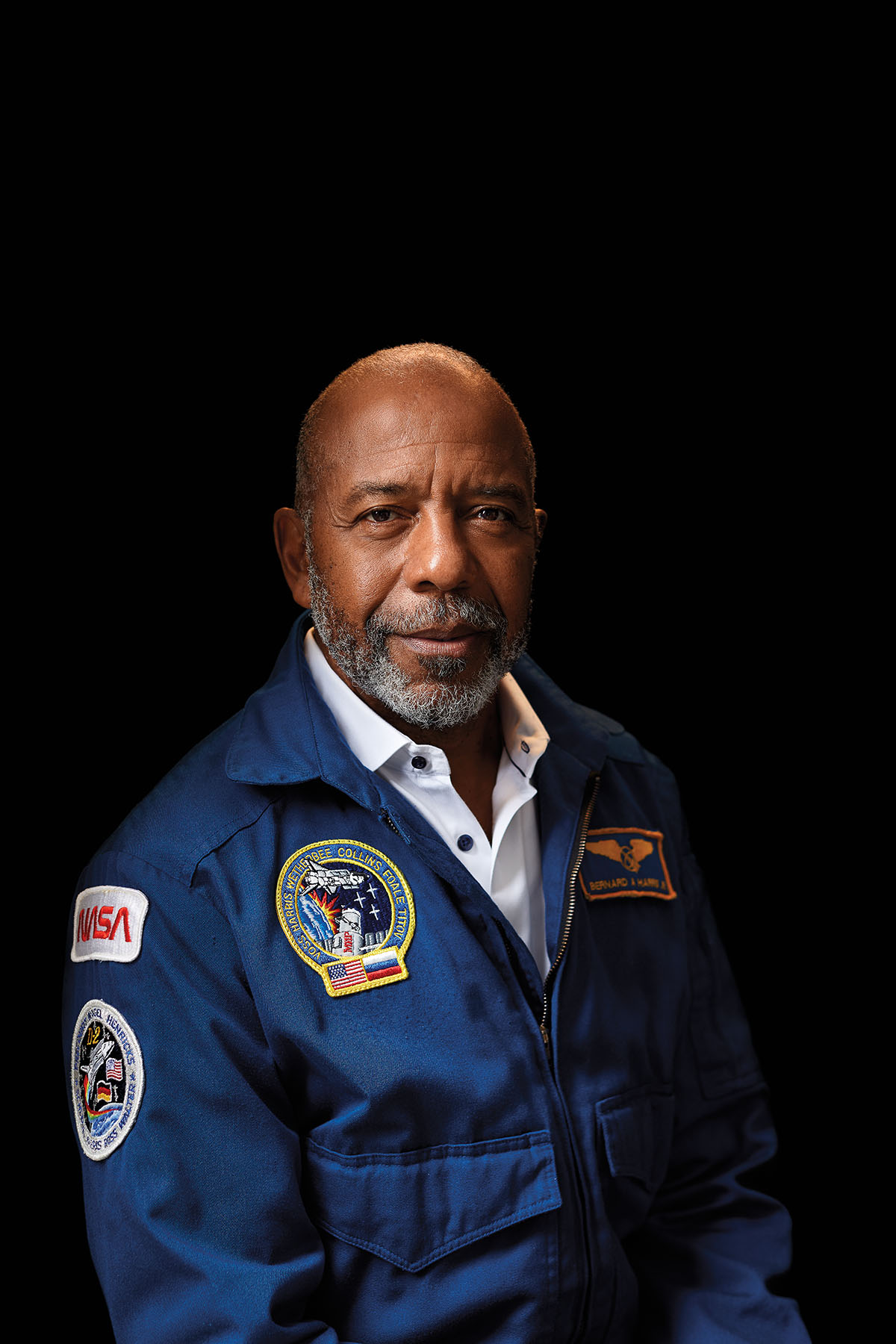 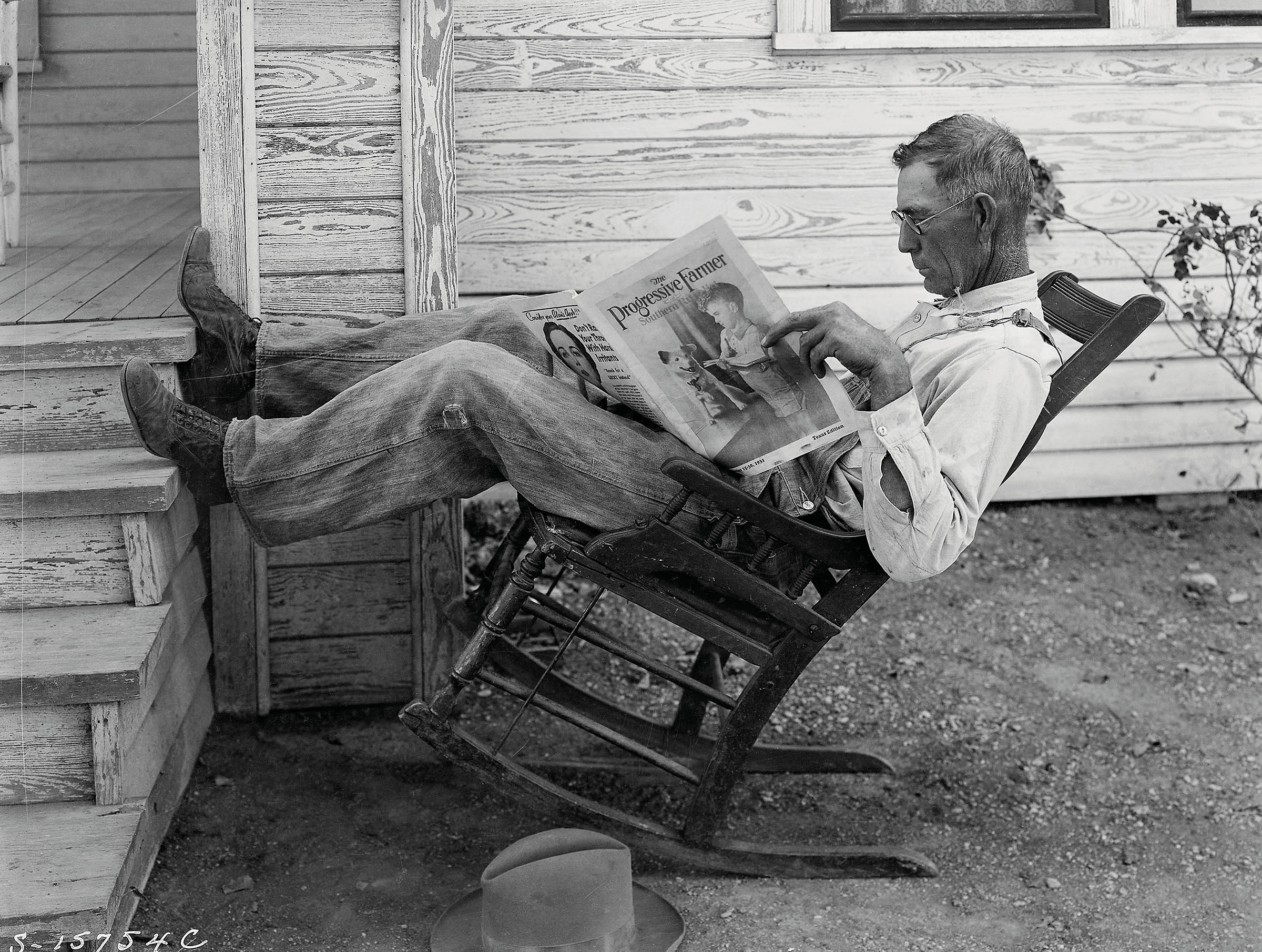 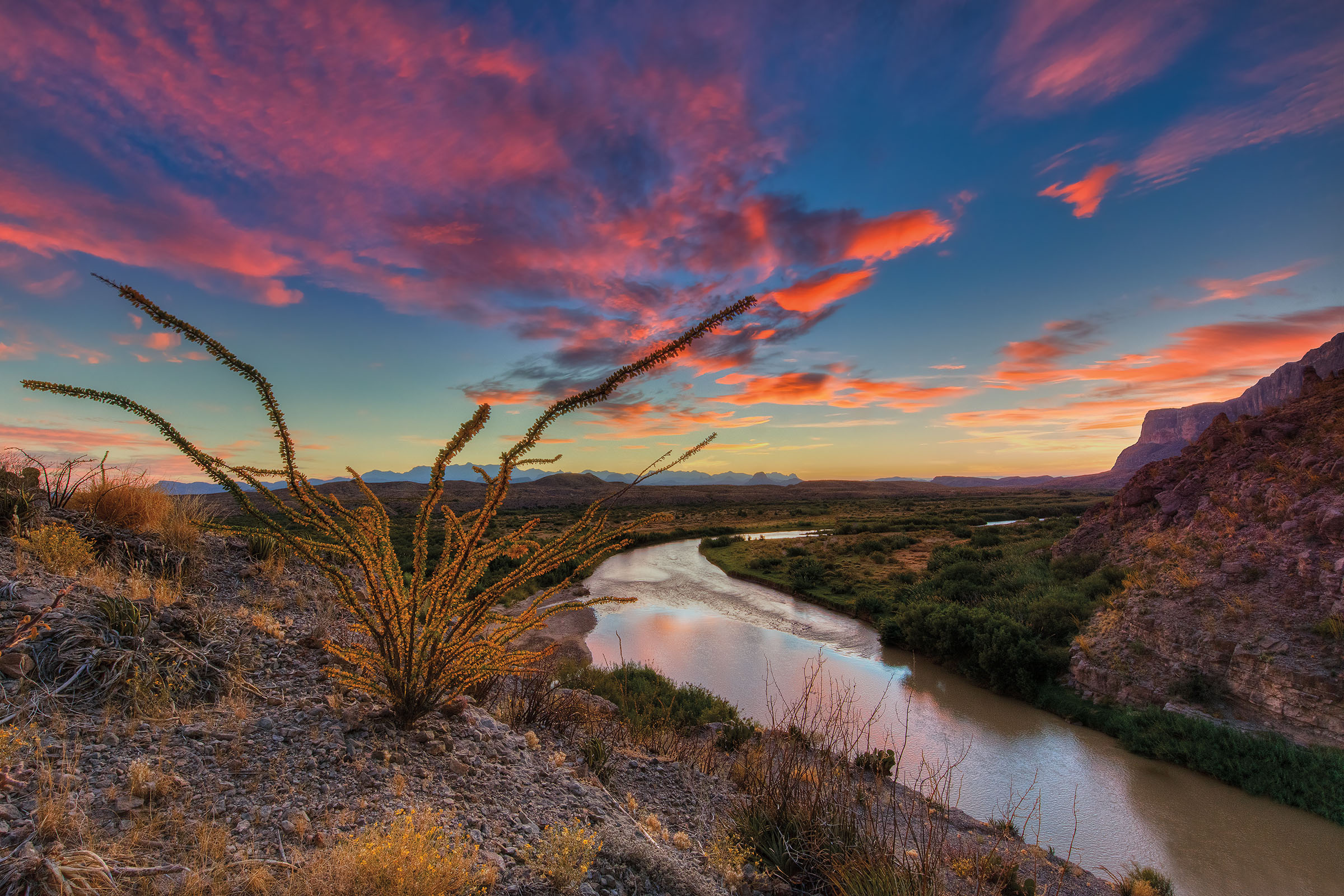