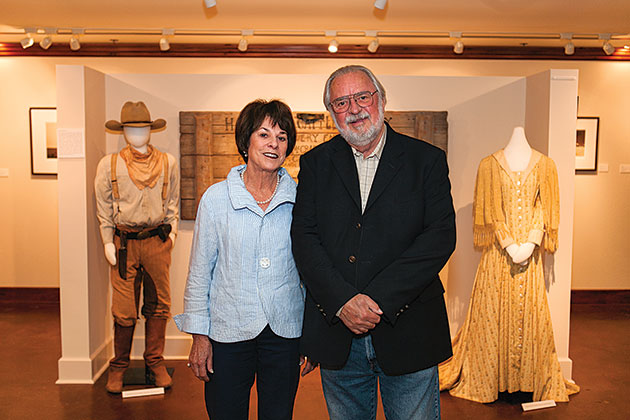 Several years after the death of Texas literary legend J. Frank Dobie in 1964, aspiring writer and photographer Bill Wittliff and his wife, Sally, purchased Dobie’s desk—and with it, 30 boxes of archives that would form the nucleus of today’s Southwestern Writers Collection at Texas State University in San Marcos.

After the Southwestern Writers Collection’s official founding in 1986, Bill—today known for his work on such movies as Legends of the Fall and The Perfect Storm and the TV mini-series Lonesome Dove—called on his writer friends for material. “Someone would knock on the door with three boxes of stuff,” he says. “Sam Shepard drove down in a pick-up truck with the back full of materials.”

The Writers Collection moved into the university’s new Alkek Library in 1990. It was soon joined by the Lonesome Dove Collection and the internationally renowned Southwestern & Mexican Photography Collection, which houses thousands of works ranging from historical documentary images to photographs by such modern masters as Keith Carter and Graciela Iturbide. Today, along with archives and research materials, the Wittliff Collections offer readings and book signings, cultural discussions, artist talks, and year-round exhibitions.

“In addition to preserving our literary heritage, it was important to us that the collections be a place of inspiration,” Bill says. “A place where young writers who had the itch to create, but maybe not yet the courage, could come and see how people who were writing important things had struggled to find just the right word, just the right sentence, just the right paragraph. It didn’t just flow directly from God out of their fingers; they had to scratch out and rewrite. It was work. A lot of young people, once they see that it’s just work, they think, ‘I’m not afraid of work.’”