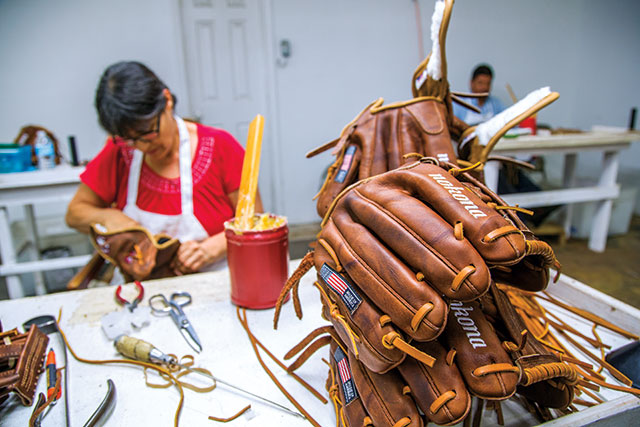 In the 1960s, when former Nokona CEO “Big Bob” Storey was asked why he wasn’t buying from overseas to make his sporting equipment, he famously said, “If I have to import and send my employees home, I would rather just quit and go fishing.” 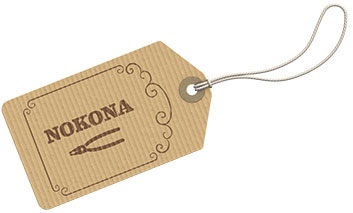 The company’s deep-seated commitment to staying in its hometown of Nocona has made it the country’s largest American-made baseball glove manufacturer. Surprisingly, almost all of the equipment for America’s pastime is made in factories in Asia. But Nokona baseball and softball gloves—die-cut, stitched, and laced by a small team—are Texan, through and through. (Nokona replaced the “c” in the spelling of its hometown-inspired name in the 1930s
over trademark concerns.)

Lone Star baseball legend Nolan Ryan’s first glove, bought at age seven, was a Nokona. And when a former Texas cattle truck driver recently toured the Nokona factory, he could identify which Texas ranches some of the leather came from based on the cattle brands visible in the hides.

Nokona has weathered its own share of victories and losses over the years, and its story is part of the fabric of American history. During World War II, the company sold 260,000 gloves per year to the U.S. government for soldiers fighting overseas. Nowadays, the company is challenged by a shrinking supply of American tanneries and competition from massive sporting-goods companies that outsource work to Asia. And in 2006, a fire destroyed the company’s Depression-era factory. But Nokona rebuilt. Sales are up, and the company is thriving.

“Big Bob was a small-town Texas boy,” says Rob Storey, Bob’s grandson and Nokona’s vice president. “It’s always been a family creed that we would continue to manufacture in Texas.”