Signs of the Past

A tribute to iconic vintage neon signs of Texas 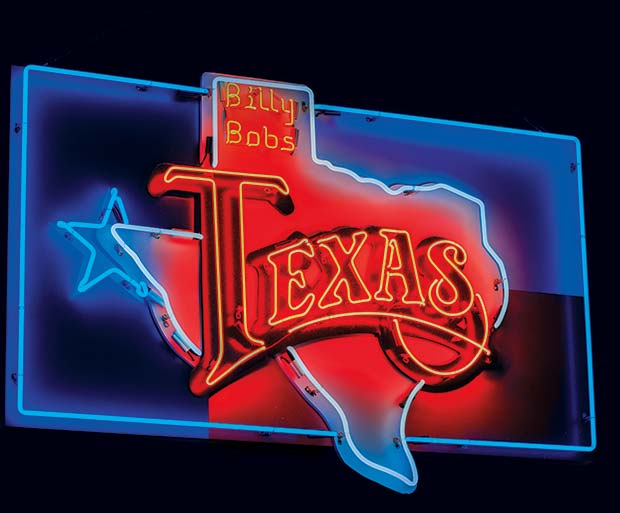 Right around dusk, it happens all across Texas. A couple of flickers. A buzz. And then the illumination of vibrant colors clicks on, emanating a hum as electrified gases dance within their glass conduits.

In bustling city centers, on small-town squares, and along roadways throughout the state, neon signs come to life, punctuating the jewel-blue twilight with a esmerizing glow.

Neon signs beckon us to chow down at roadside diners, kick back with some popcorn at a vintage movie palace, or get some shuteye at a drive-in motor lodge. From perfectly preserved vintage signs to modern throwbacks crafted in a retro style, neon evokes a simpler time—a bygone era when the open road called, often just to go for a drive. 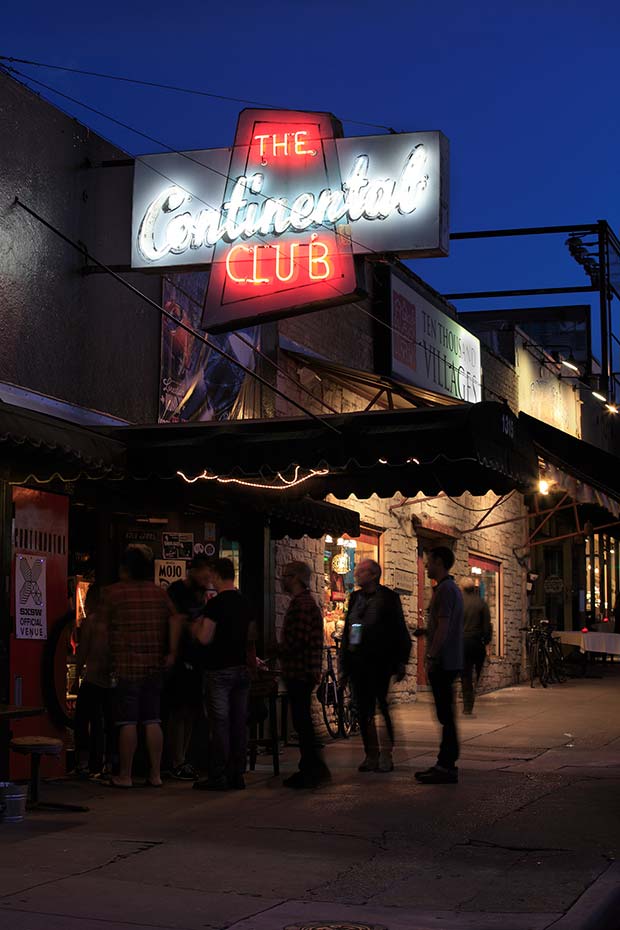 For many fans, the true stars in the world of neon are the historic signs from the 1940s through the 1960s—when artisans handcrafted some of the most eye-catching and inventive advertising ever made. This era is considered to be the golden age of roadside neon, and many of these historic relics still shine brightly today. With their timeless appeal, these fountains of light have transcended their original advertising role and have become iconic landmarks. If they have one thing in common, it’s that they evoke emotion.

I can recall one of the first times I stopped to photograph neon. It was on a family trip in Marble Falls, and I was in my teens, proudly learning to operate my new SLR camera. We pulled into a laid-back roadside diner in town called the Blue Bonnet Cafe. Making my way from the car into the restaurant, bathed in the soft electric glow of red and blue neon, I was smitten.

I was captivated by the stark juxtaposition of that simple, old-fashioned neon sign mounted against the cafe’s plain white exterior. So I stopped to take a photo. I don’t recall if I had the Blue Bonnet’s famous chicken-fried steak or a hamburger—much less a slice of pie—all those years ago. But I’ll never forget the brilliance of that neon sign.

The story of neon, named for the Greek word neos, which means “new,” dates to 1898, when chemists William Ramsay and Morris Travers at University College London isolated and electrified neon gas to analyze its visual spectrum. “The blaze of crimson light from the tube told its own story, and it was a sight to dwell upon and never to forget … for nothing in the world gave a glow such as we had seen,” Travers later said of the experience.

In 1910, French inventor Georges Claude filed his patent for neon lighting and soon figured out how to bend these tubes to form shapes and letters. By the late 1920s and 1930s, neon had become a common signage medium. And then came the era of the automobile and the American interstate. By the 1940s and 1950s, many families owned automobiles for the first time. Post-war prosperity meant that they had the means to travel, and roadside businesses began to devise eye-catching neon designs to attract customers. On the roadways, these architectural wonders—kaleidoscopes of advertising with moving parts and oscillating colors—were becoming an unmistakable part of the American landscape. Over the following decades, though, neon was gradually supplanted by less-expensive plastic signage—often colored sheets of plastic illuminated by fluorescent lights—which dominates American advertising today. 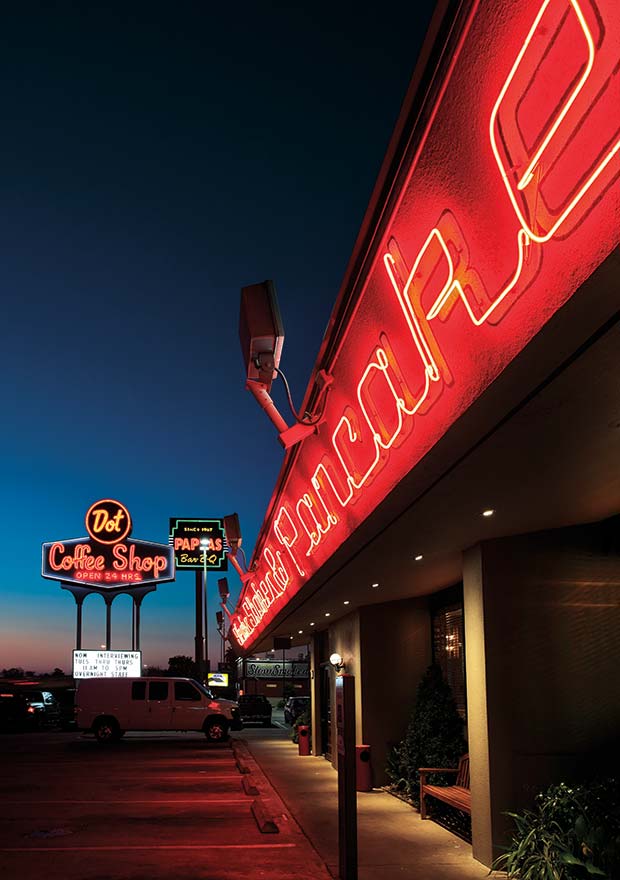 Yet, amid the tangle of digital LED billboards and backlit chain-store signs, neon’s legacy continues as historians step in to preserve it. In Austin along Congress Avenue, in downtown Fort Worth and San Antonio, in southeast and central Houston, and in many hidden corners of the state from El Paso to Seguin, neon gleams.

Neon has also become a form of highly prized pop art. Collectors from all over the world covet not only historic pieces, but also collect the modern works of such neon artists as Todd Sanders of Roadhouse Relics and Evan Voyles of The Neon Jungle, both in Austin.

Here, I’ve assembled a photographic homage to some of my favorite neon signs and Texas icons of neon. You’ll find everything from showy historic relics to simple classic designs, and even legendary places where the abundance of neon has become a visual wonder in itself. I hope these neon icons will all be around for years to come, remaining a part of the American experience.